#1
Morning Everyone,
I know all my raving fans are chomping at the bit for my next project so here I am to keep the story rolling... I've killed the Golden Goose. For anyone who's seen my Guinea Pig post, I finally maxed out her weight limit. I'm still editing the video but it was a spectacular 1 round fight with an oak tree. Tree snatched her right out of the air, spun her around on her tail, and dropped it 30 feet to its doom. I did wind up with enough salvageable parts that I might try making a modified Cessna/cub/twin/frankenplane out of what's left.
I believe I was pushing the 5 pound mark and with these 150watt 2212s, it was all I could do to get her butt off the ground. I'm going to put the plans back in the filing cabinet for now and move on to something else. However, this is NOT the final goose build. I ordered some SunnySky x2216 1400kvs (the black ones, not the hot-rod blue ones) with some CF 9050 props. From the manufactures numbers I'm moving up from a 850g thrust to roughly a 1220g thrust As soon as the slow-boat gets here, I'll bust out my plans again and get the rebuild going.
For now, My daughter and I have decided to do a mini-max combo. She's building a mini cruiser with emax 2206s and 3 blade 5030s. I'm going to use these 2212s out of the dead goose and build myself the big cruiser.
I know I'm rambling but I've found out something that triggered my kiddos interest more than anything else with this RC thing. I picked up some UMX sport cubs a back in February, hoping the kiddos would get into it. It was hit and miss with my son (5yrs) and my daughter (6yrs) showed some vague interest. That was until last week when I got the second UMX fixed (esc was smoked so I installed a AR6100l with an 1806 hubsan brushless). It even bound with my t8sg instantly! Once we had two planes in the air at the same time, it was better than Nintendo. Our only problem with these guys is there is very few times we can fly around here due to the wind. Hence our plan to build a pair of cruisers to fly together. I know the mini is still going to have wind problems, but nothing like these UMX birds.
So to finalize my rambling, we're building some cruisers until my new motors come in. I just got an fpv kit last week that I'll mount on the big cruiser until the goose is golden once again. I'll post some pics and videos of my crash tonight. Till then, keep me level!
M

#2
Sounds like you need MORE POWER, you should try the Binford 6000 from Tim the toolman Taylor.

#3
Exactly!!! It's said to say... but I have been eyeballing these two old chainsaws in my garage... lol.

#5
That fool tree has grounded 4 of my planes in the last 6 months (some more than once)! It's about to wind up on the firewood list!

#6
Here's that killer tree. I think I actually saw a piece of my cub s still stuck up in there too lol. I know it's a short video, but it was a short flight. New motors should be here this weekend so I may have to get to rebuilding sooner than I thought. I'm about 90% done with the mini cruiser so I need to decide to either get the big cruiser done this week or get started on the GG MK3... decisions decisions... 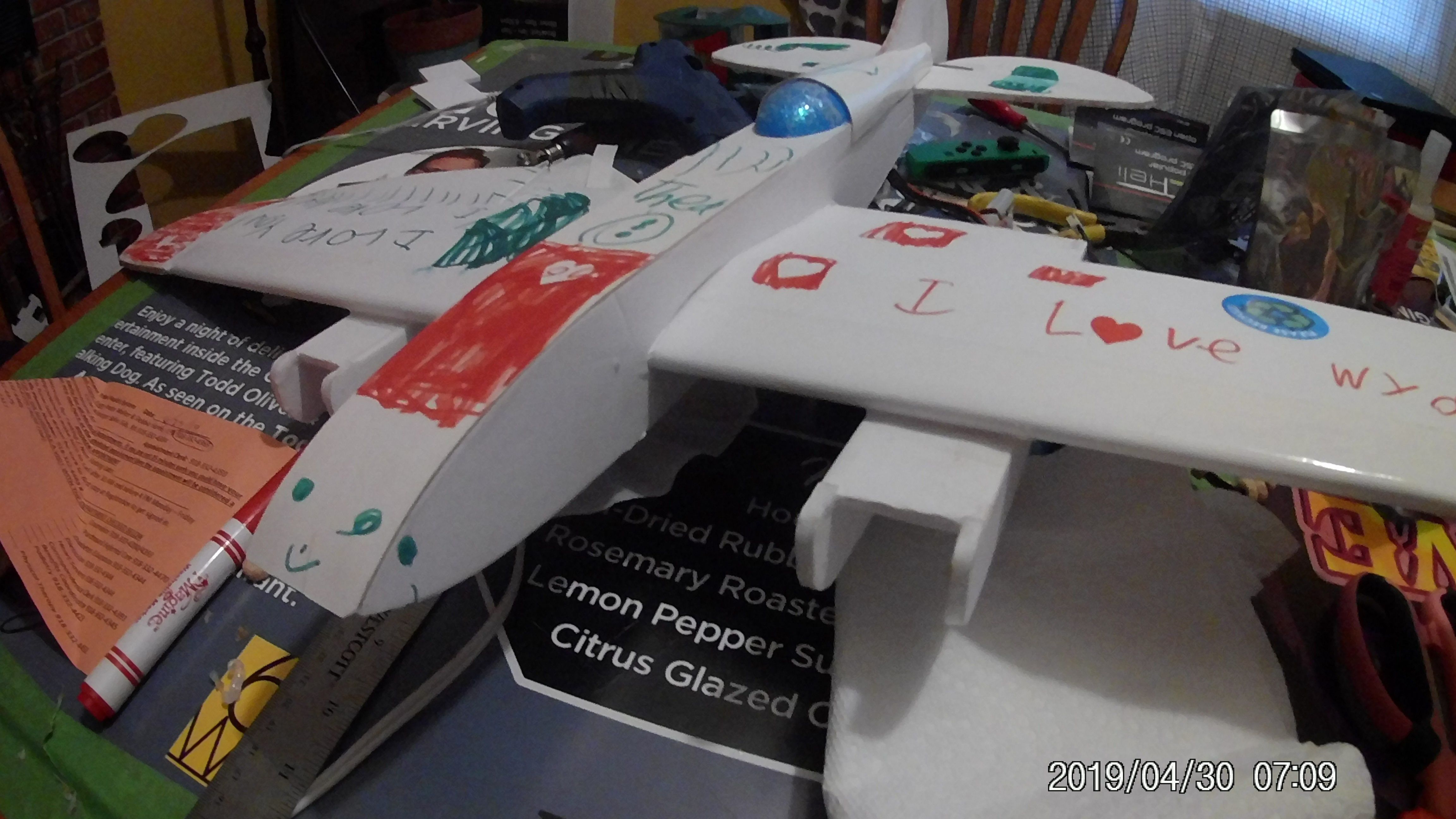