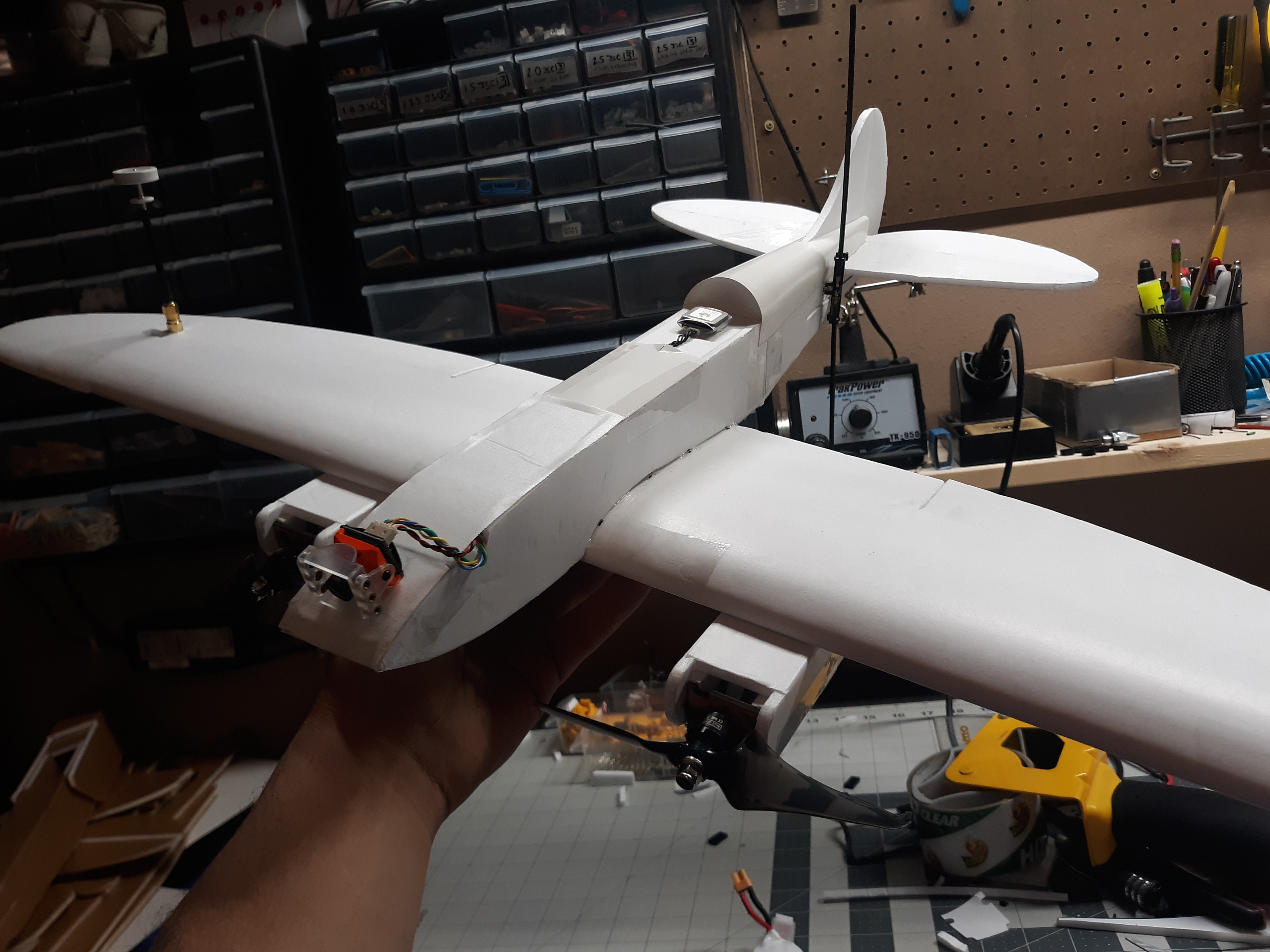 Originally i started this particular project with a Sub 250 FPV plane in mind but then I got the wild idea to see just how much I can cram into it and still keep it in the air...

The plane has a ZOHD kopilot lite flight controller which features a nice "Acro" style stabilization mode as well as RTH (which is nice for FPV) The receiver is a Dragonlink UHF micro. With any luck this will be able to be a decent medium range FPV platform.

#2
The us see all the details.

The airframe itself is nothing special. I have removed most of the inner paper (from back when I was thinking sub 250) but I also added a wooden spar. I mounted the wings under the fuselage rather than through it to give a bit more room. It was a little sketchy at first because I had the VTX mounted so far out on the wing. Once I moved that in she flew great!

#5
Got the video put together. Its a little longer than I usually go for but stick till the end. It shows what this little plane is going to be capable of (considering I've already been almost a mile out with it since this was recorded)