FT Spear Maiden - What a rush!

#1
So for the past few days i have been building a FT Spear speed-build kit. I figured if I was going to drop the cash on a kit I would also strap on all the bells and whistles I had on hand. 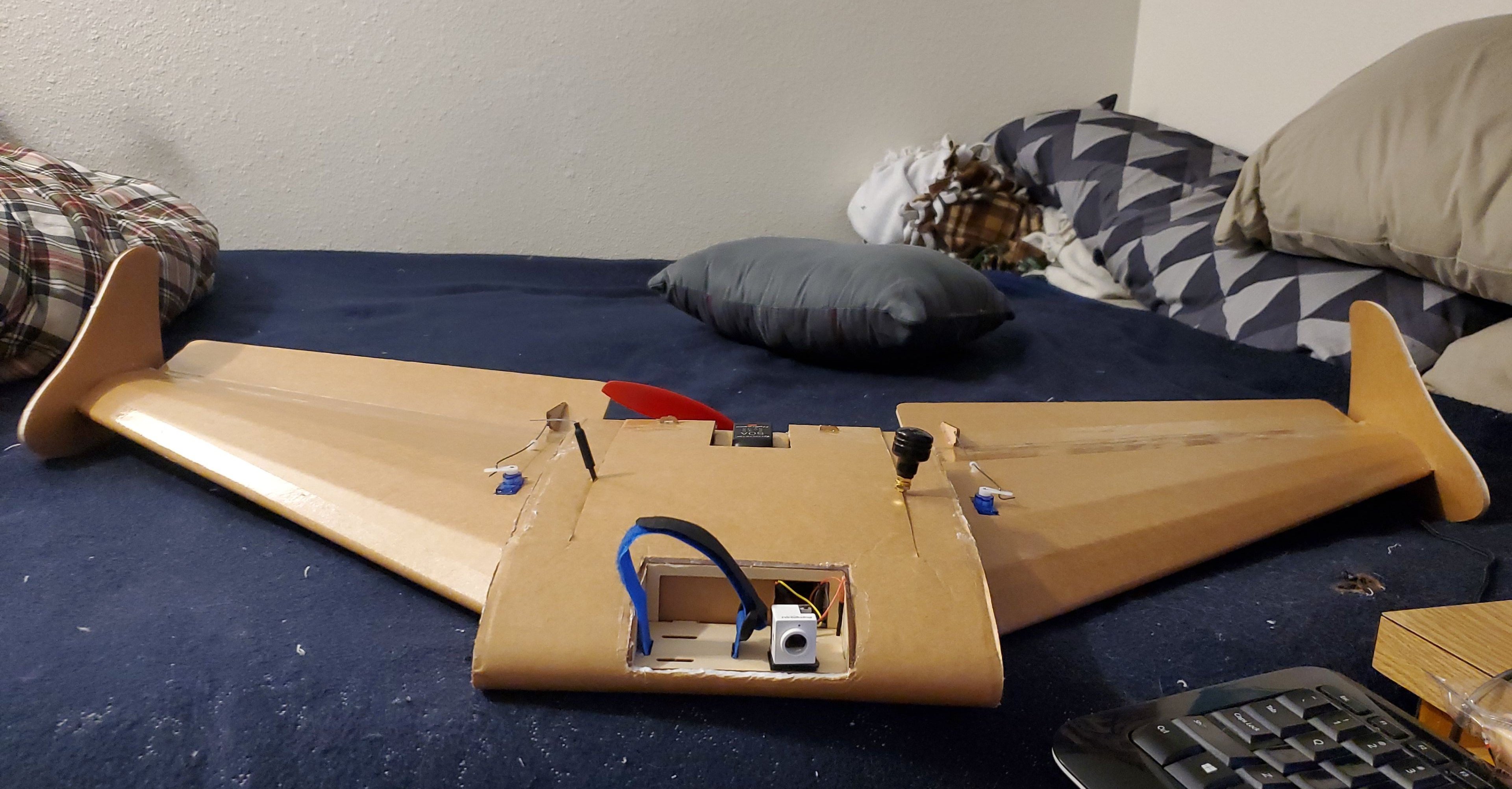 I ended up using a flight control board, FPV setup, GPS, and diversity receiver. The video was recorded at 25mW by my Quanum cyclops box-goggles so it's not great quality. Future flights will be recorded by the FPV camera instead.
This was also flown LOS not FPV. FPV was for data collection only.
I have never flown a flying wing, so my corrections are a little jerky and the board was set to only mildly assist. I want to get OK with it (and confident in the boards functions) before I try using the INAV GPS features. My adrenaline was pumping hard the whole flight.

I would have liked to do a second flight on the spare battery I had brought, but I used industrial Velcro and couldn't get the leverage on the battery to get it out... LOL

Many thanks to Dave for the hand launch and mid-flight advice!

Question for the community: I am red-green colorblind, what colors should I make this wing and what pattern? Focusing on LOS visibility.

#2
I would recommend a starburst pattern, like in my avatar, on one side and a big block checker pattern, like attached photo, for the other side. I would use a white or bright yellow and your contrasting dark color a black, dark blue, or dark red.
FYI - I am also color deficient so some colors become difficult to distinguish.

#3
Another question: how do you guys paint over the packing tape? I've got some acrylic spray but it doesn't even stick to my clear acrylic parts very well, so I am hesitant to use it directly on clear packing tape without some form of oversight.

Thanks for the pattern suggestion @Michael763! Your suggestion makes a lot of sense.

Side note: I will be taking the spear out again later today, want check some board adjustments made after the maiden. Also adding a second battery in the nose to bring the CG off of the 3" mark. Hopefully it doesn't go past 3.5"ish.
A

#4
The motor and ESC on mine are out of an e-flite Timber so my C of G is way back. I need to use a 3S 3200 nearly all the way forward to get it to balance. I still haven't mounted any cameras so I'm hoping after I put my FPV and GoPro on the front I'll be able to use my 2200 batteries. Although I am liking the 10+ minute flight times....
M

#5
Allister779 said:
The motor and ESC on mine are out of an e-flite Timber so my C of G is way back. I need to use a 3S 3200 nearly all the way forward to get it to balance. I still haven't mounted any cameras so I'm hoping after I put my FPV and GoPro on the front I'll be able to use my 2200 batteries. Although I am liking the 10+ minute flight times....
Click to expand...
I am running 2200mah batteries and only using about 600mah for ~8 minutes of flight and 15+ minutes of powered setup/checking , gps lock (takes ~2 minutes for my location/setup), and queue time. So, I don't think greater than 10 minutes per battery would be out of the question if preflight times are well managed.
A

#7
I usually spend more time checking everything than is probably needed. Doesn't always help though, my GPS was inverted even though I thought I'd fixed it in CLI (forgot to type "save"...) ouchies...

I am also now flying with 2 2200 batteries in the body for weight management and getting those times. So weight savings may or may not play into it as much. Though I did have to cruise at ~60% throttle to stay up when fully loaded. Hopefully a parallel harness will alleviate some of the voltage drop that adds to that.
You must log in or register to reply here.
Share: Facebook Twitter Google+ Reddit Pinterest Tumblr WhatsApp Email Link
Menu
Log in
Register