Horse-Trading for Another Future Project

Mentor
#1
I love the old-school WWI planes - the style, the colors, the history, etc., and it's fairly obvious to the regulars around here that I also like bigger planes. For quite a while now I've been looking at swap meets and for-sale ads for a deal on a balsa kit, but they're pretty rare. Smaller (1/6th or 1/5th scale) kits appear occasionally, but few 1/4 or 1/3 scale.

My ship has come in, as a flying buddy told me he knows a guy who is interested in my glow engine powered Zero, and would trade a new-in-box Turnigy 58cc gas engine for it. I've already got two of those engines, one in my 1/3 scale Cessna 150 and another for my 1/3 scale Cessna L-19 Bird Dog. It's a decent engine, and although I'm still breaking my first one in I like what I see so far, so I agreed to it.

Today the swap was made, even-up Zero for the Turnigy engine. The trigger was also pulled on a plane for it. Well, PLANS for the plane.... I ordered a set of plans for a 1/3 scale Fokker D-VIII, a high-wing German fighter. The actual build won't happen for quite a while as there are other planes that need to be finished, including the big L-19 Bird Dog, a 1/3 scale Sopwith Pup, and probably a few others as well, but the engine will keep until then.

An additional benefit from this trade, technically my collection of planes has been reduced by 1. I'll make sure my wife knows I'm getting rid of planes, she'll be thrilled! As long as she doesn't start counting the ones remaining - she won't be happy if she figures out how many are still here!

Here are a couple examples of the "Flying Razor" with very different schemes. 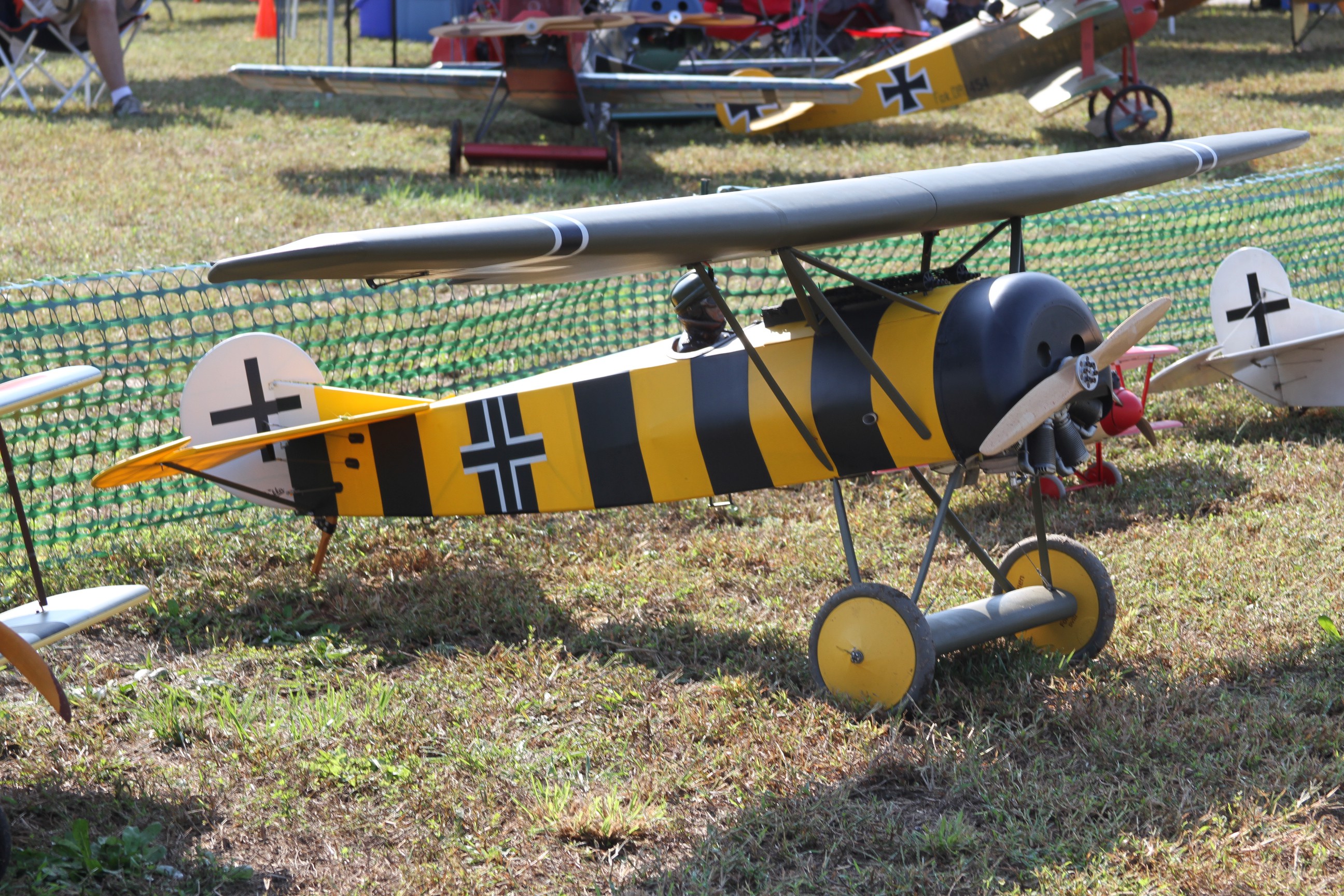 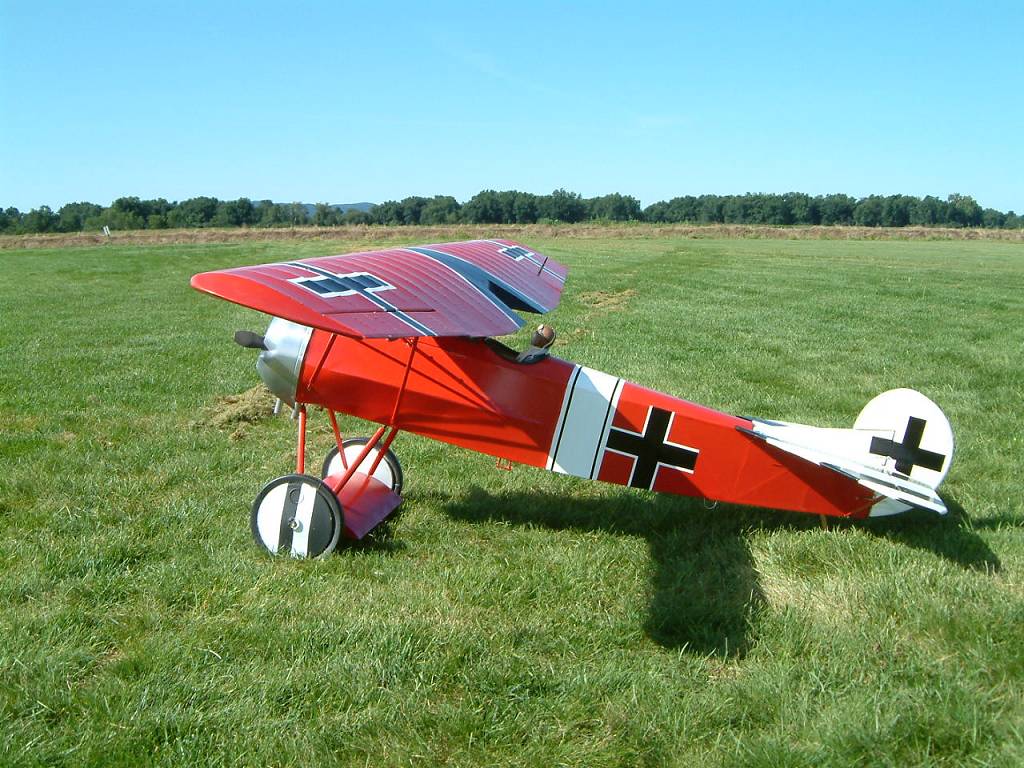 #2
Very nice. And the best part of the D-VIII, no rigging!! That will be a cool plane when it’s done.

Mentor
#3
Rigging is a cool detail, but also a colossal pain in the butt.

#4
I could never succeed with a plane that required rigging for structure. I would totally fail! The D-VIII is a cool bird, and that’s a great size. Bigger difinitley flies better! Looking forward to seeing it go together.

Mentor
#5
Functional rigging takes time, and gets much easier if you use turnbuckles to allow for adjustment. My future rescue-project 1/3 scale Sopwith Pup's rigging looks great, but is a pain to install and it was made without the turnbuckles. You can see that a few of the wires are a bit loose, and these really do need to be tight as they handle a lot of force on a plane this heavy. Part of the eventual re-build will include all new rigging with turnbuckles on every piece. I also want to get rid of the horribly glossy covering and replace it with a more scale fabric-style covering.

Note the soda can by the wheels for scale. The upper wing is 108" and the Fokker's span is 111". They'll make a great pair to take the field, assuming I have a trailer some day... 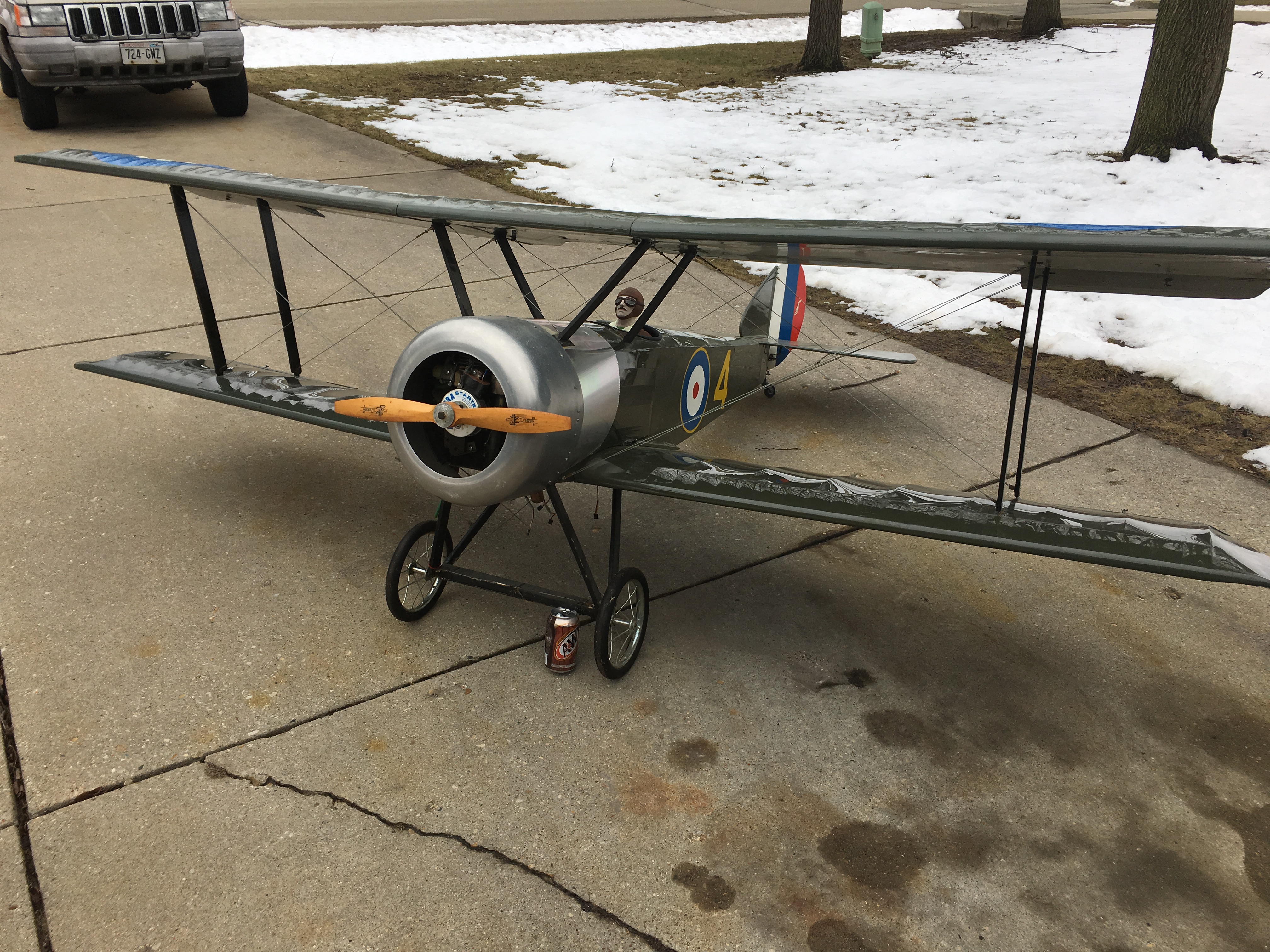 #6
I am not into scale planes, but those are very very nice examples.

Mentor
#7
Plans for the Fokker D-VII arrived today, and WOW, is it huge! Pretty much what I expected for the actual plane, although the printed pages are actually bigger than expected. Detail on the drawings as well as print quality look good, although I've seen reviews of the drawings that point out areas for improvement. Nothing major, just some structural changes to help make sure it all stays together in the air.