I got my Dad to fly!

I was going out ice fishing with my older brother and my Dad and at the last second I decided to bring my F949 airplane out to fly it around a little. After I flew it for awhile I tried to get my Dad to try flying it. At first he said he would crash and total it but finally he agreed to try. I showed him what all the controls did and then he took to the sky! After a couple of circuits around the pond I told he to try landing and he did a fantastic job!

Congratulations to him for a successful first solo flight!

Here is a picture of me instructing him during the flight. 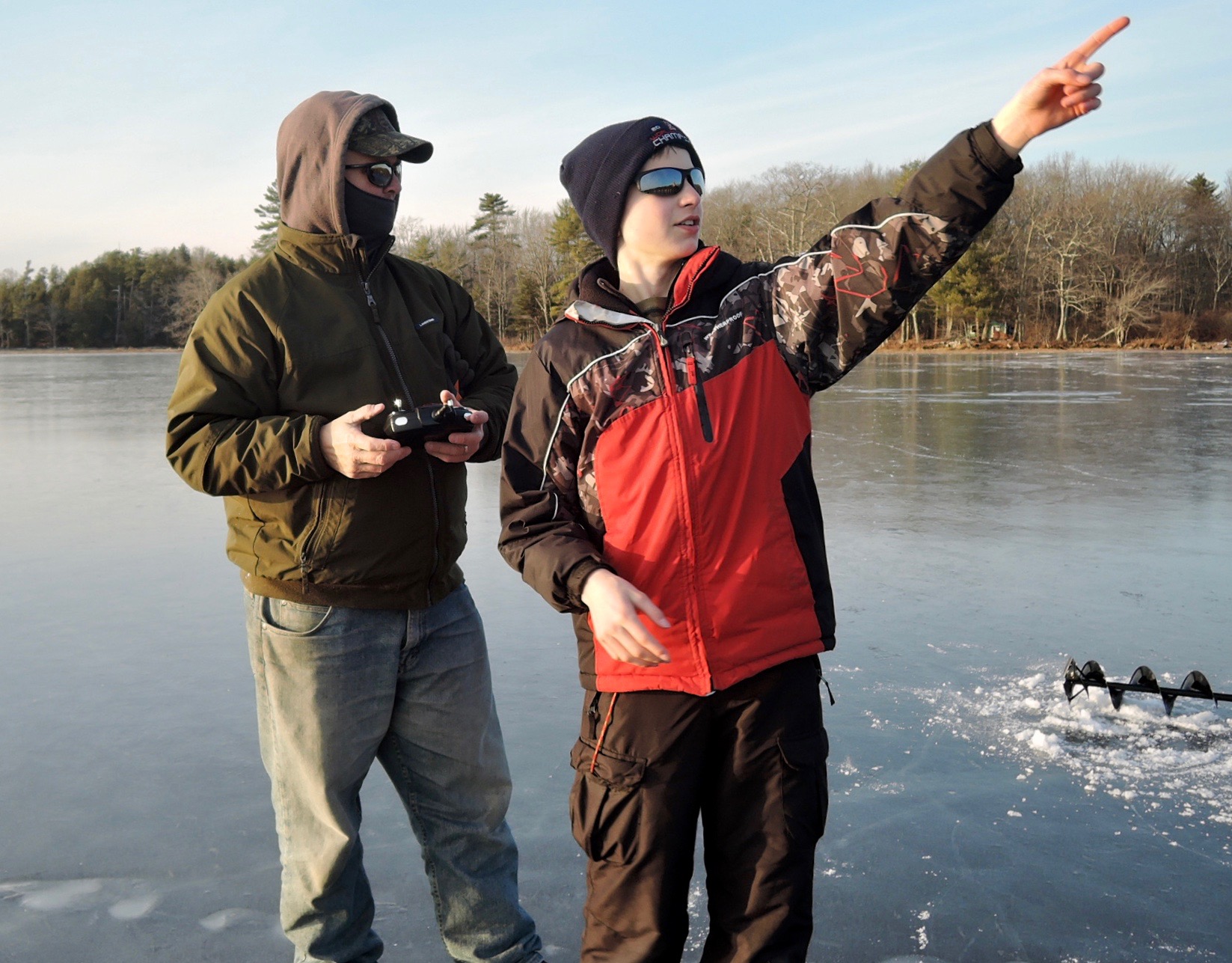 #2
Congratulations on a successful flight. That’s what this hobby is about, teaching someone else.