#1
A few days ago I really wanted to build something. I haven't finished designing my next balsa project yet, but I just HAD to start making something, so I decided to make a drak out of corroplast. I wanted to use corroplast because in my part of the world foam costs $17 aud ($11.50 usd) a sheet, and I'm saving up to get my glider pilot's licence. I already have some corroplast from a random election (yep, I've got politicians faces on my plane), so no money spent there. I wanted to make a drak because it looks really cool, and it's great for FPV. @Userofmuchtape&glue made a really good foam Kfm version, which inspired me. I'll be using an F pack for this one with two 9 gram servos for the elevons. Enough babbling, let's get started!


The wing is a simple Kfm airfoil, with some paddle pop sticks for strength, as the corroplast isn't that strong in just one layer. 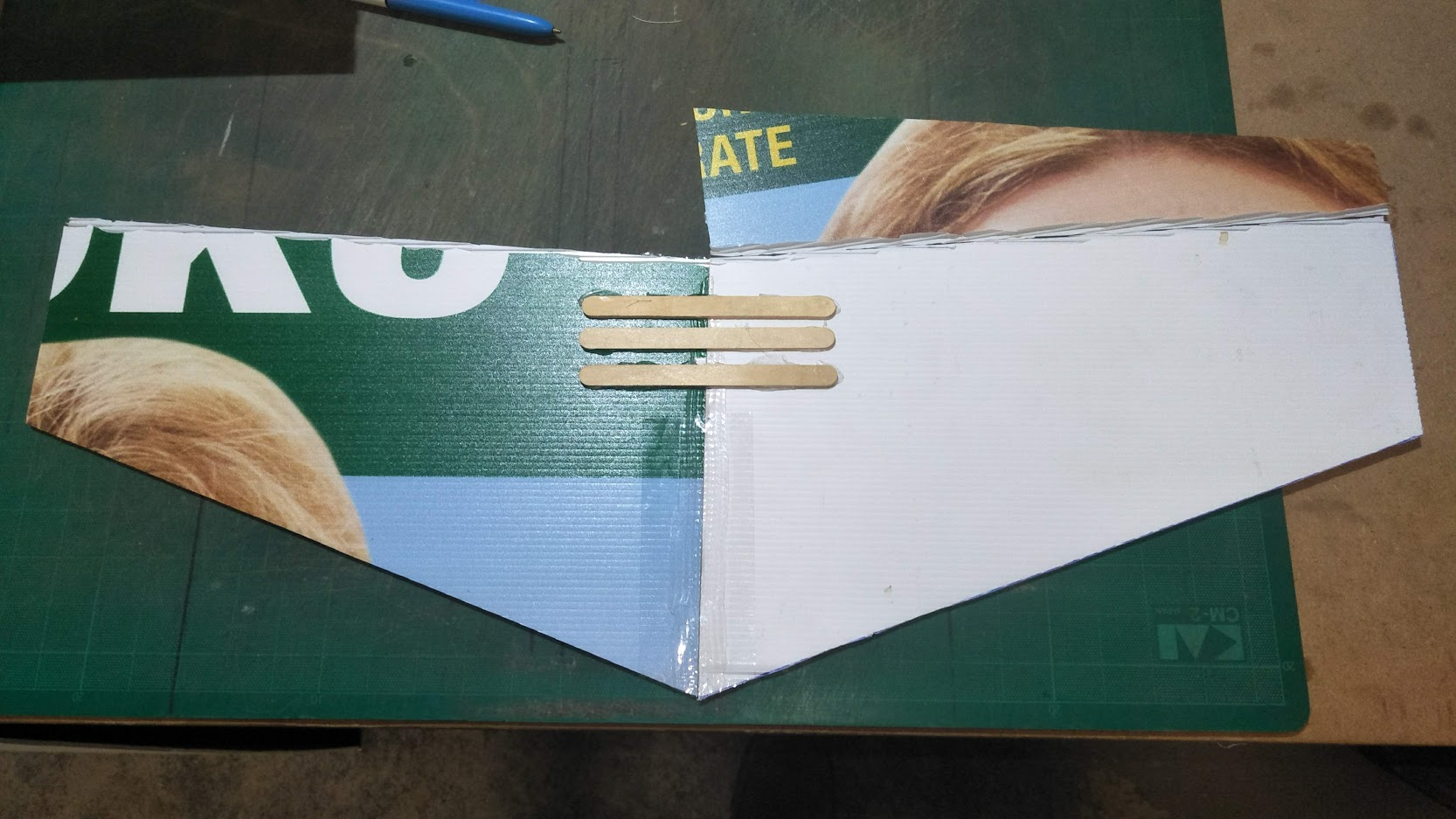 All folded over and done! it weighs 80 grams which might sound like a lot for a 60cm wing, but at this rate the wing loading will still be fine (35-45 g/dm2). 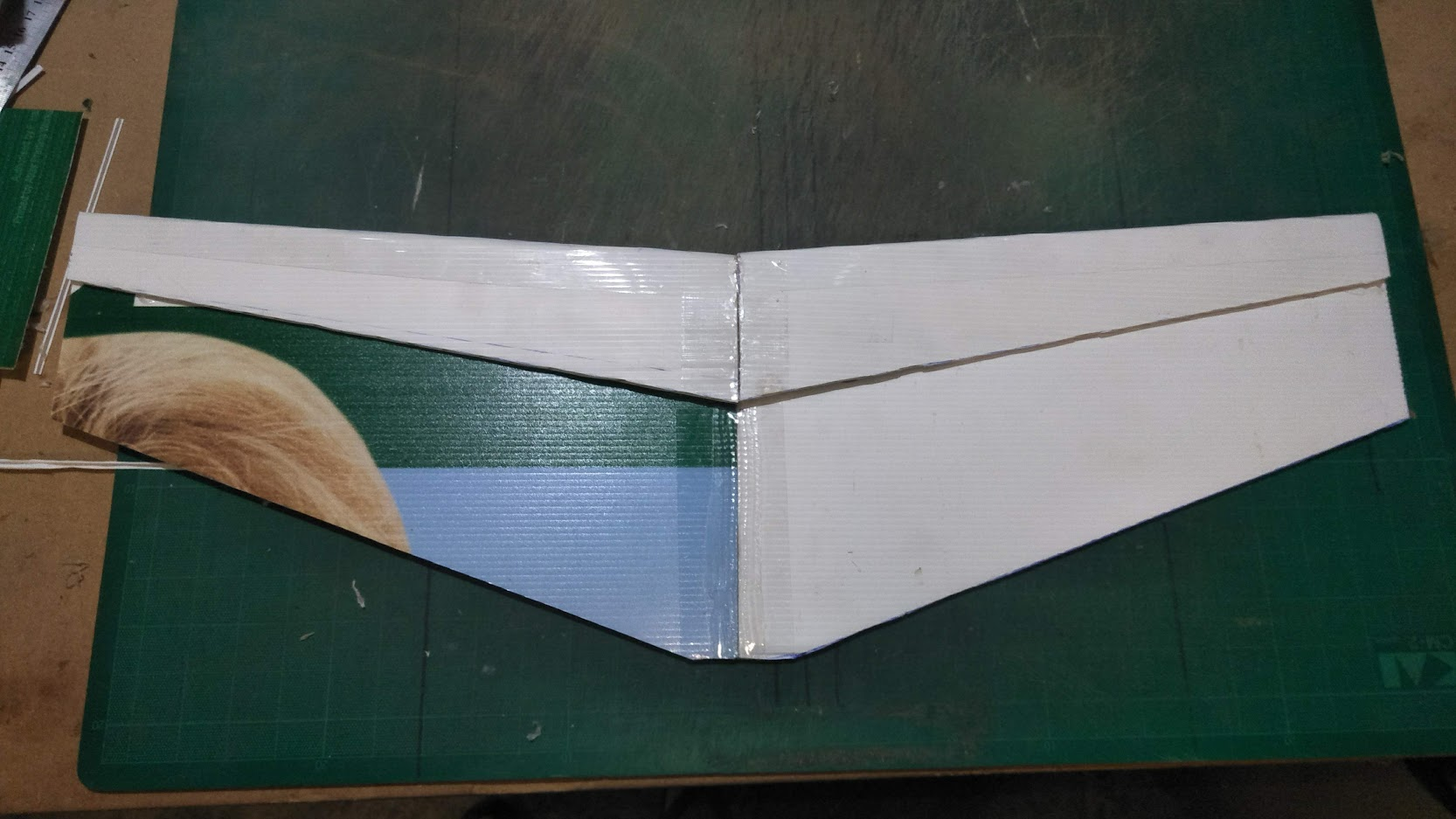 On to the fuselage! 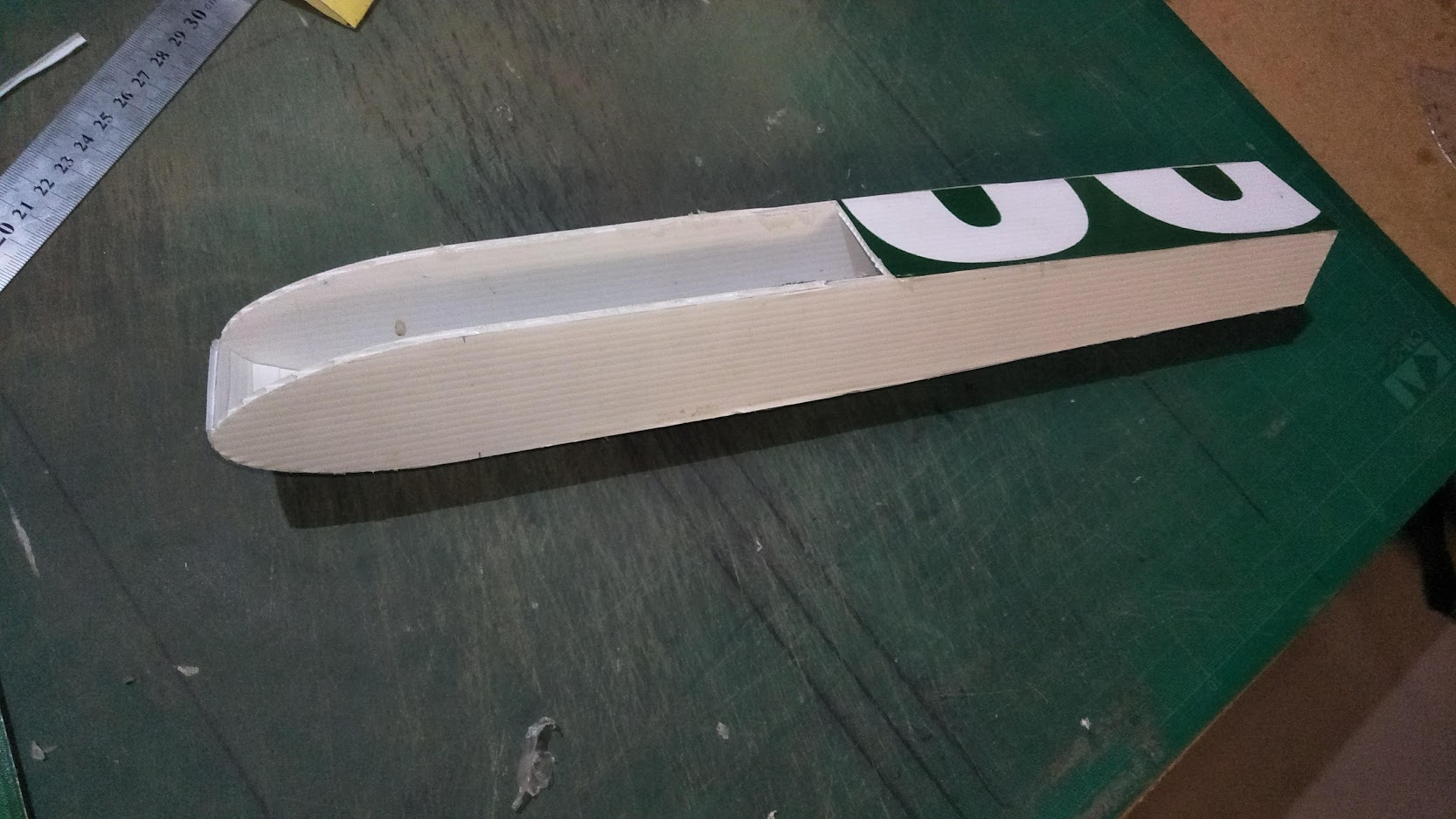 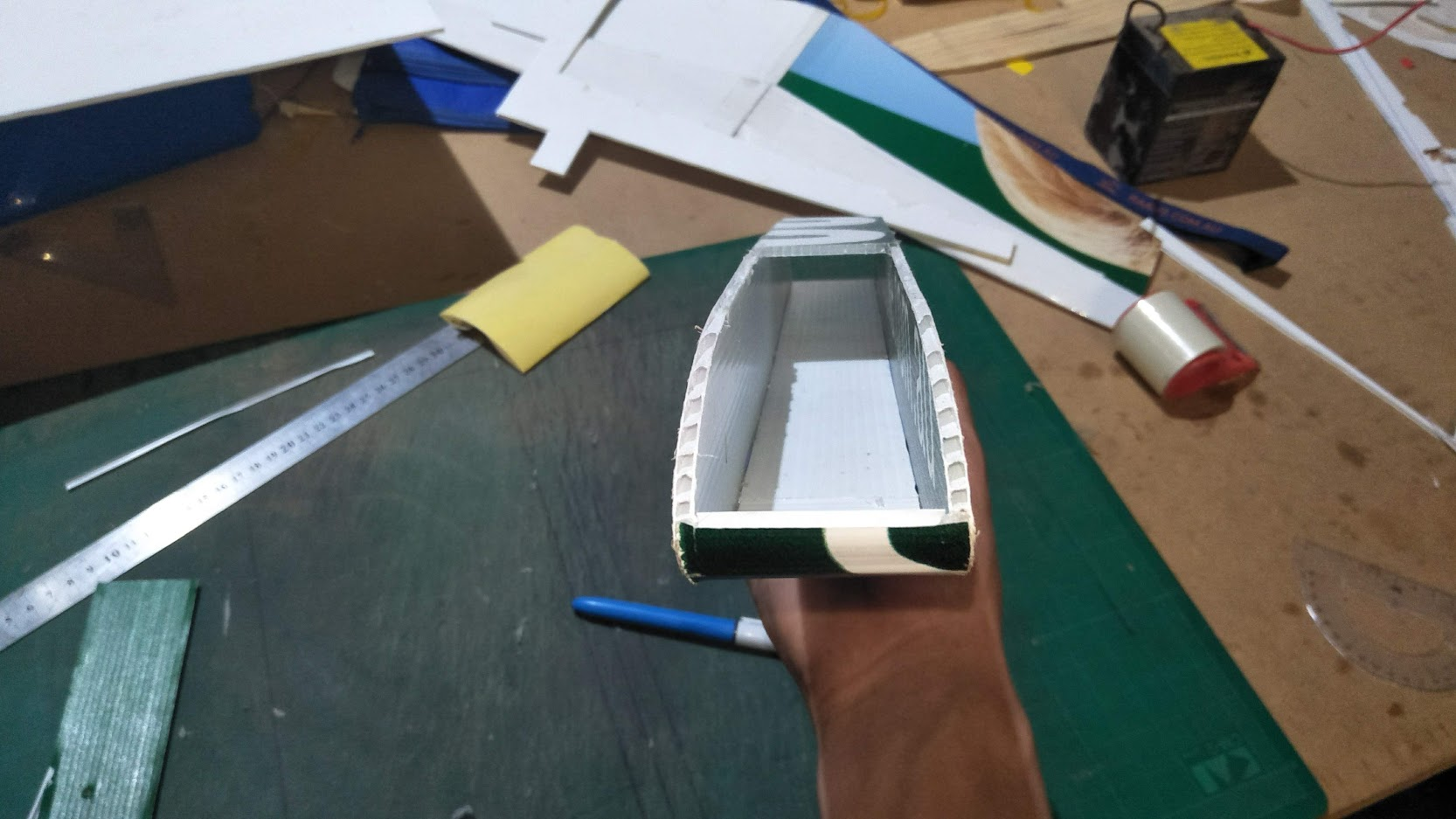 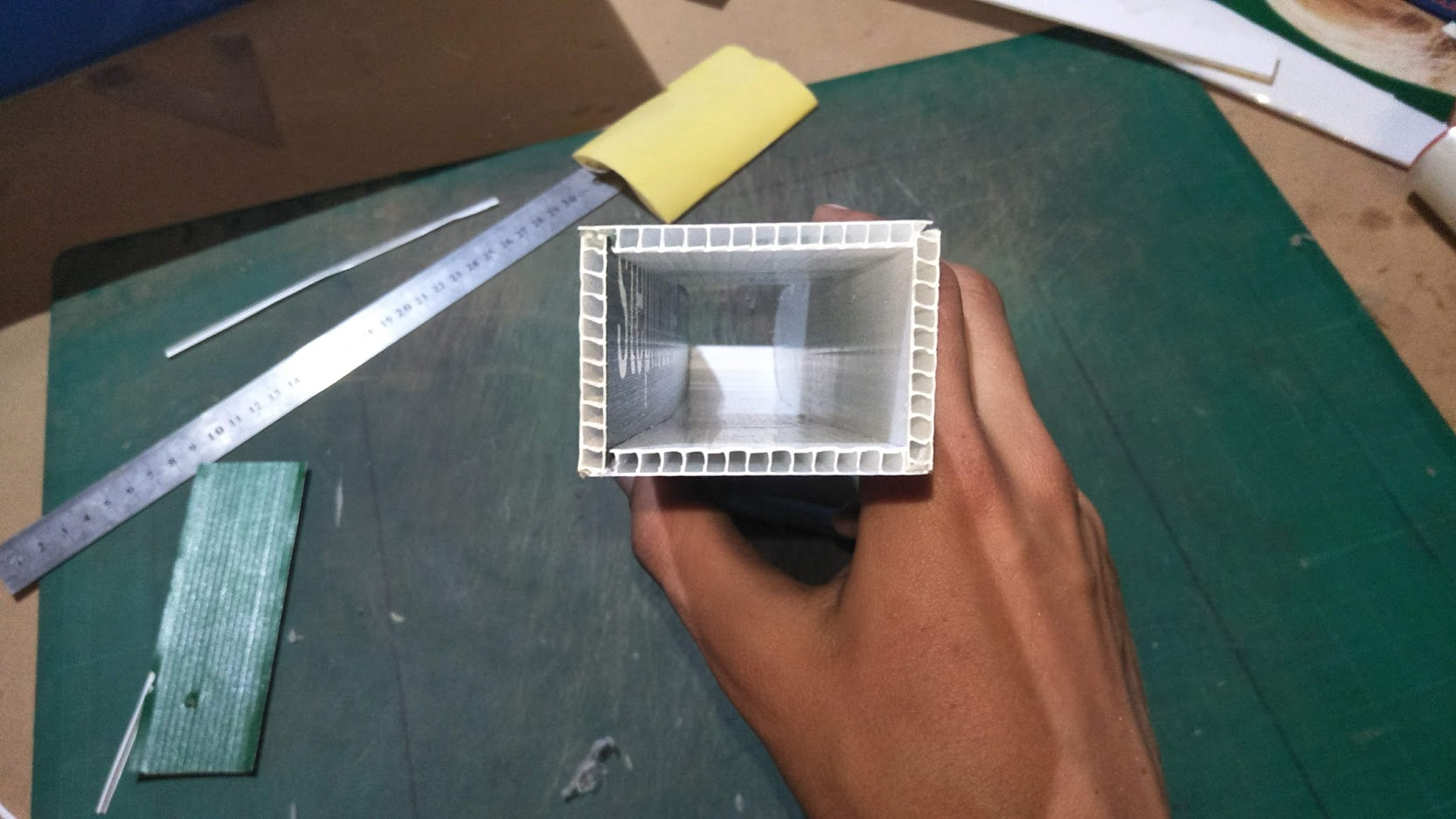 I will post more progress as it comes. Stay tuned!
M

#4
Got some more work done today. I cut the slots in the fuse for the wing, but I haven't glued it in yet. 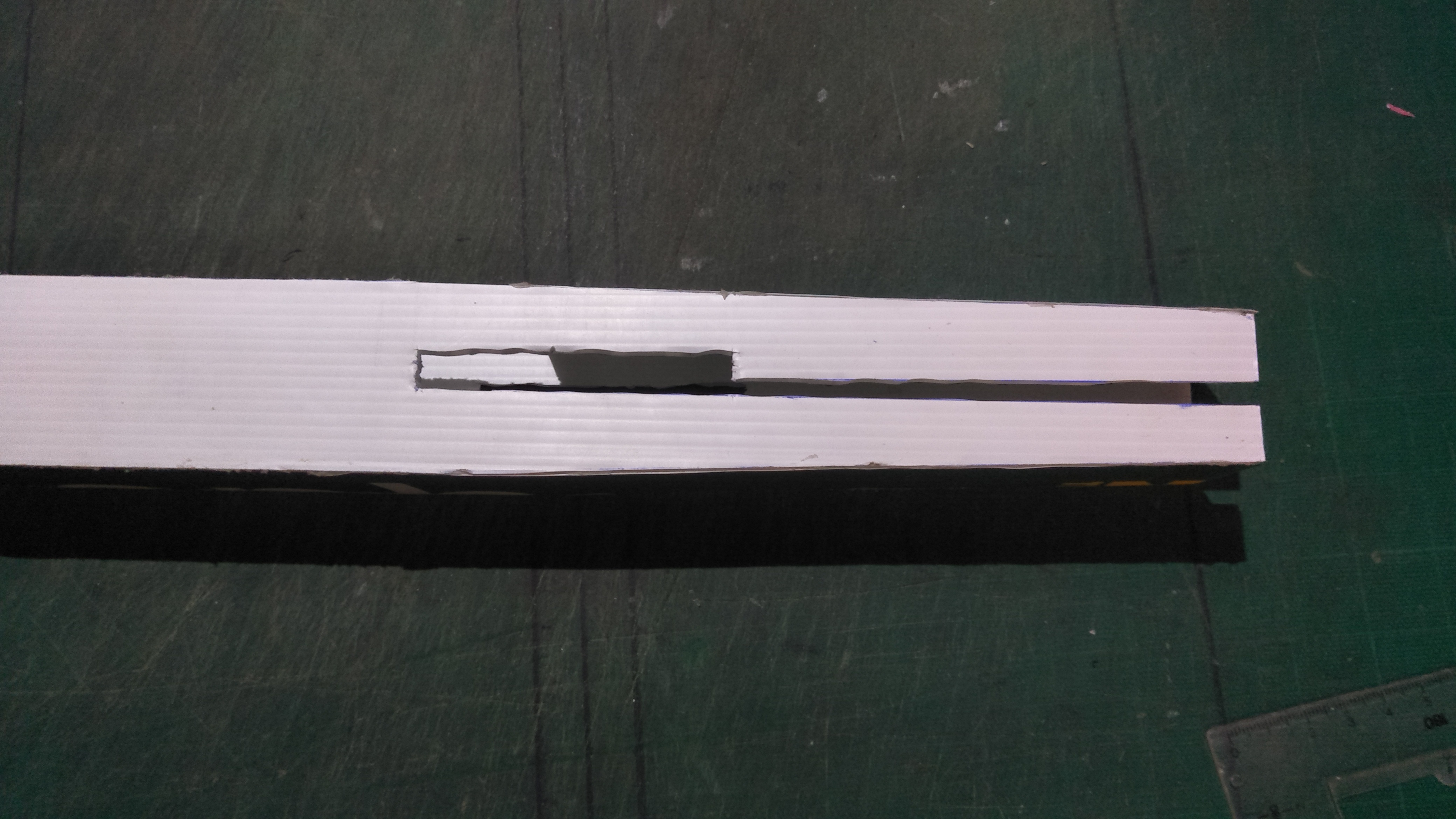 I decided to make a flat platform for the FPV gear in the nose instead of hacking into it later. 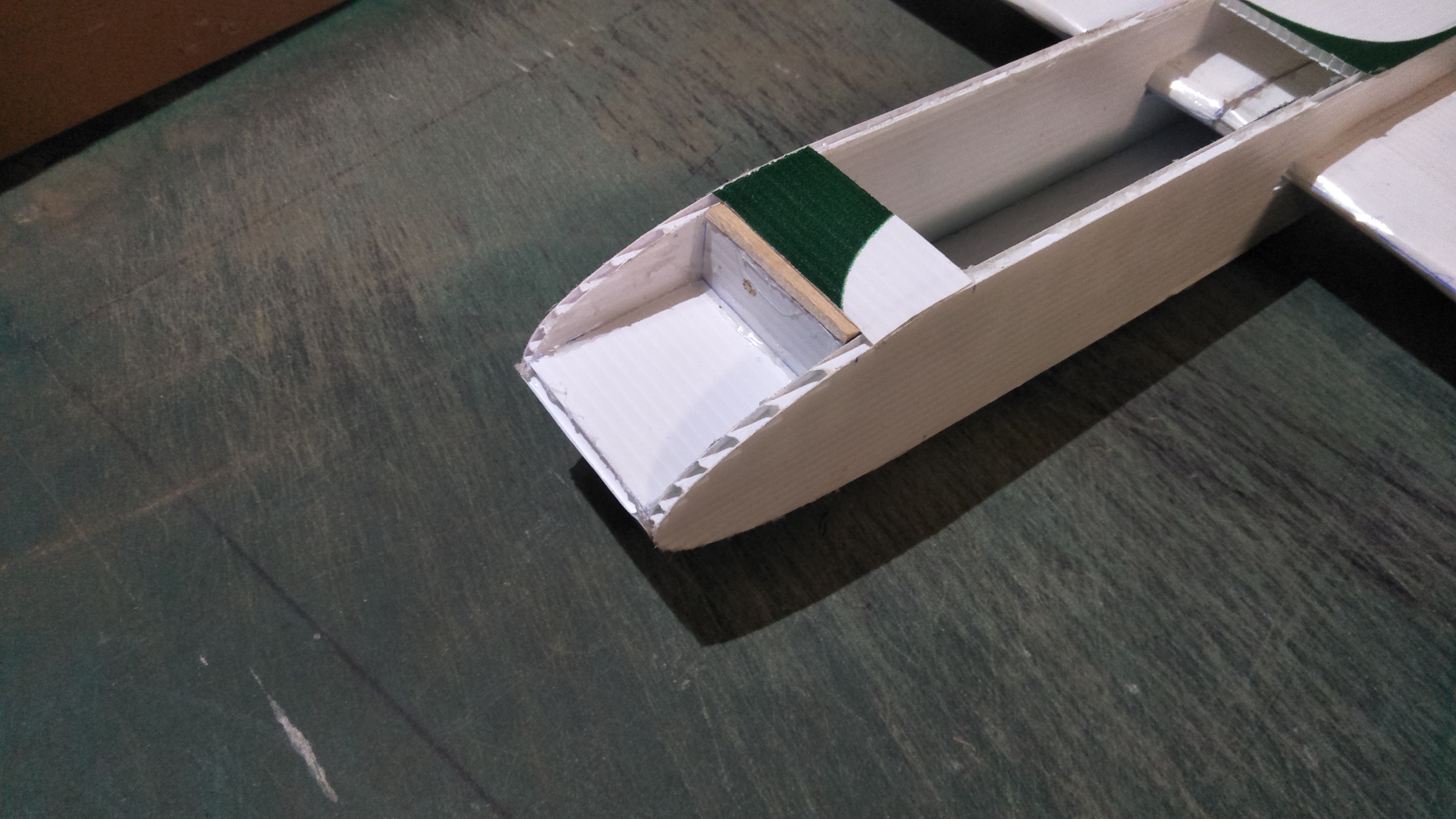 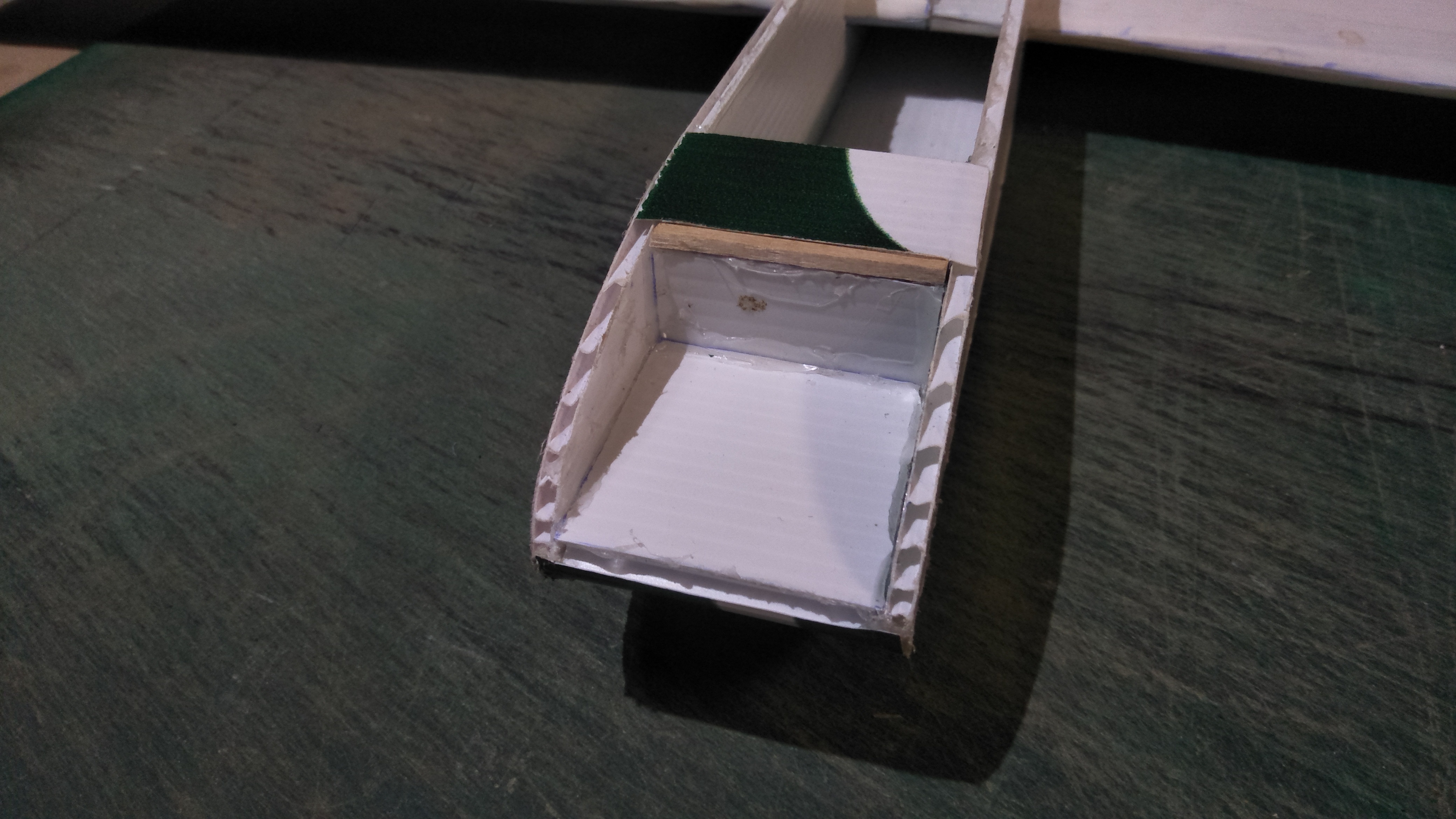 Plenty of space in there for batteries and electronics! 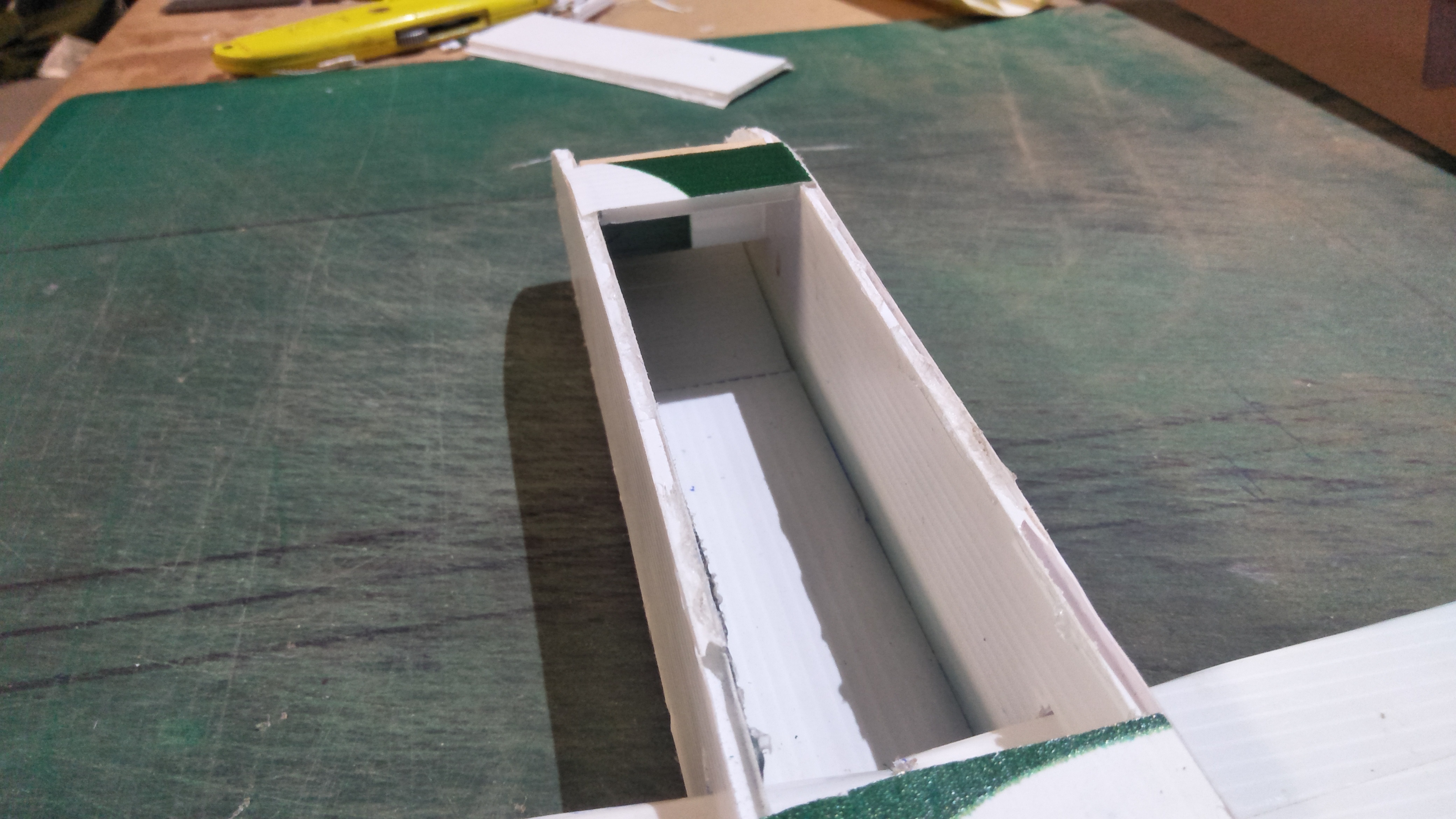 This is what it looks like with the wing dry-fitted. 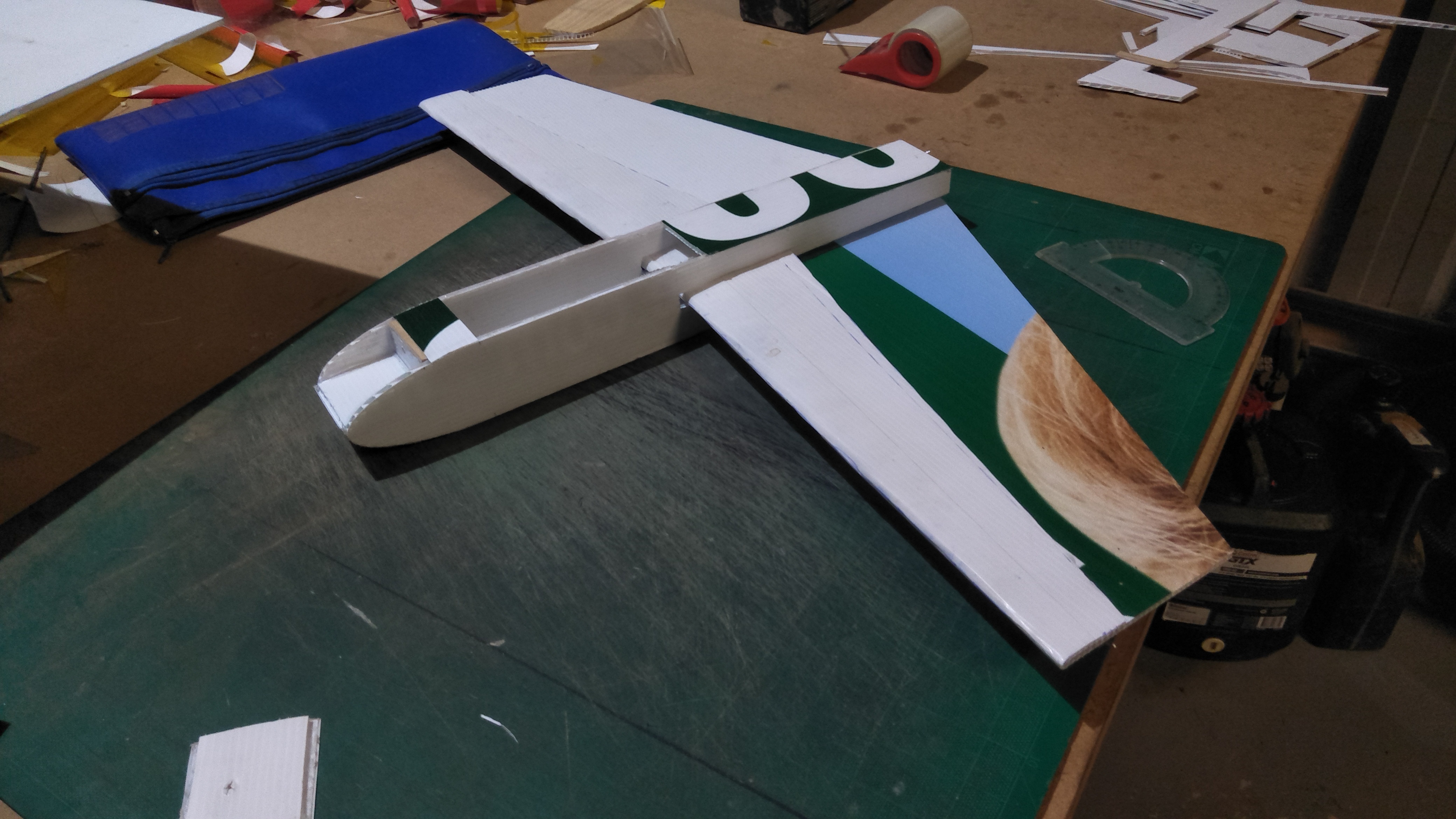 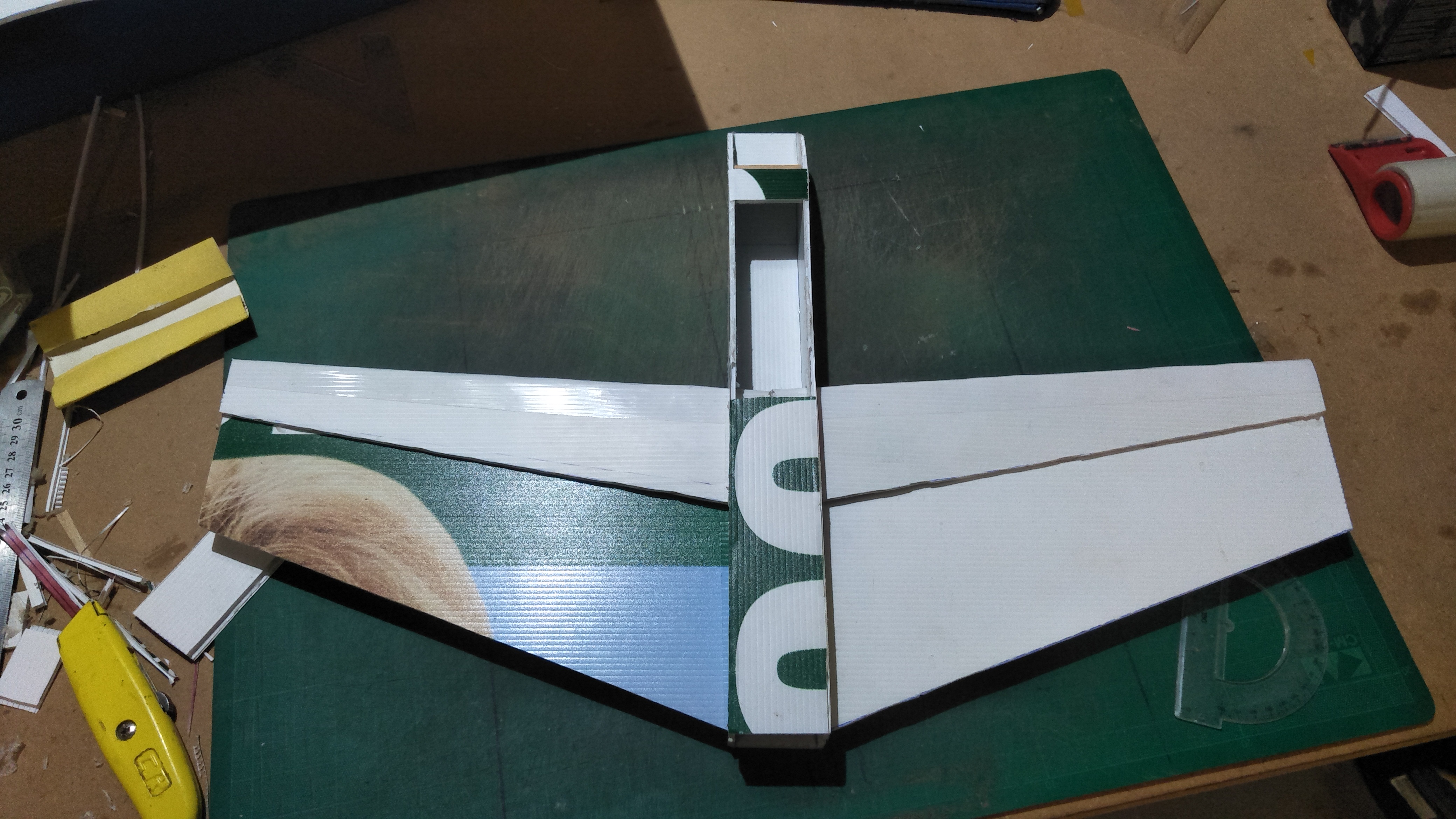 ...only to be unsuccessful . It crashed on most launches, but on a few I managed to get it flying. It didn't have enough elevator control to make a decent turn though, and it glided like a brick. This caused the landings to be more like crashes, as you can't carry power while landing a plane without landing gear, and it couldn't really flare because of the lack of elevator authority. 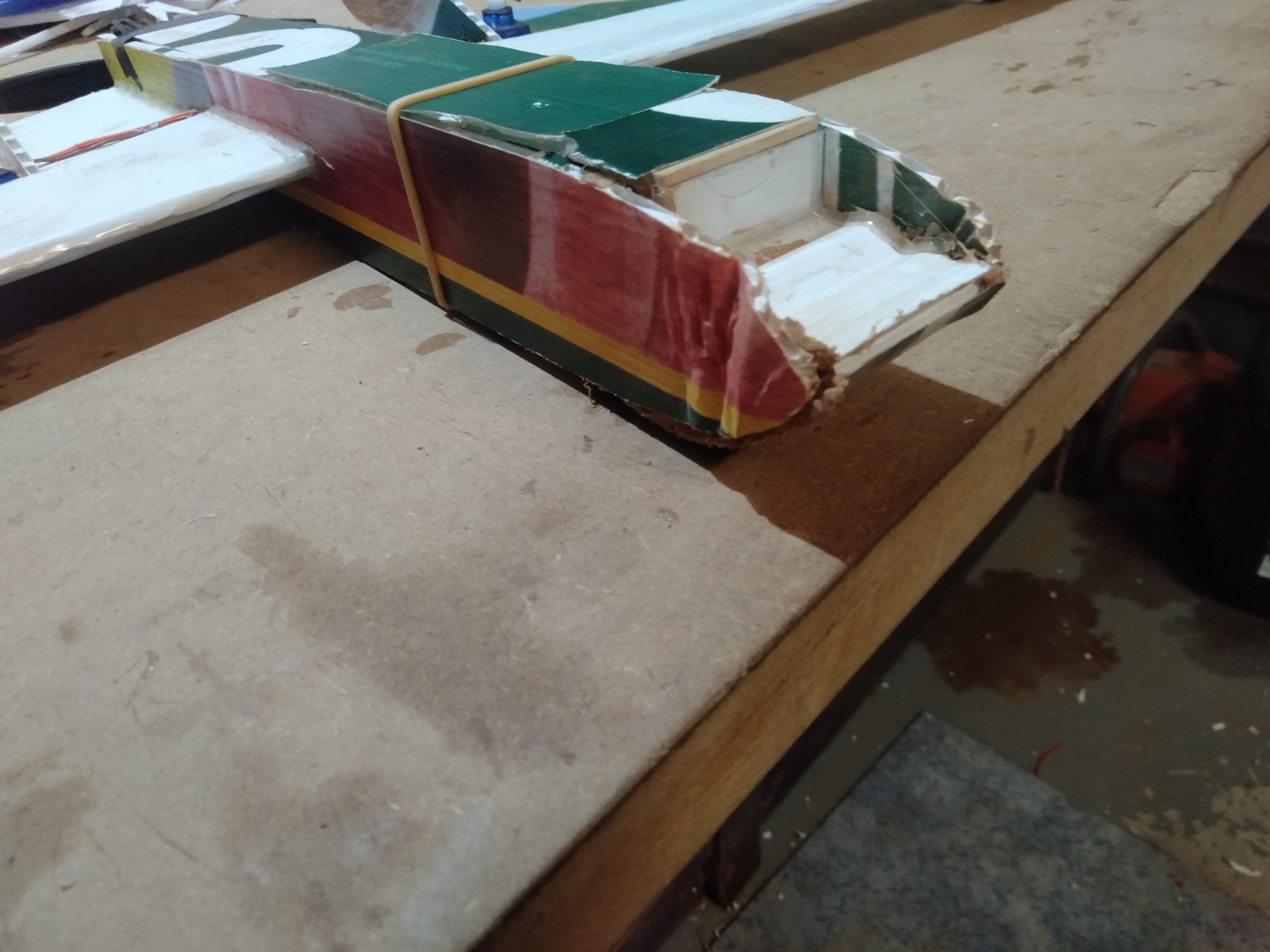