#1
Being a heli pilot, used the collective channel and applied it to the swing of the wing. I set it up so when the throttle is anywhere from idle to 1/2 throttle, the wings baisically remained perpendicular to the fuse. Anytime the throttle is advanced passed 1/2, the wing now starts to move back so at full throttle it is fully retracted back.

How is it done? Internally, as the throttle moves forward in the transmitter, the pitch or collective channel is programmed to move the servo from one end to the other, just like any other channel. What the newer radios or heli mode tx does, it allows you to graph the channel any way you want!!!!!

Concept:
For the first half of the throttle, you don't want to move the wings, so you graph the program so the wings stay in the center, so there will be zero movement.
Now to move the wing, your servo will graphed so it is zero movement up to at 50% and swept back full at 100% at full throttle. Most setups use the gear channel and it has only 2 positions, forward and fully back. I hated that.

Result:
The plane can be launched with wings perpendicular to insure a safe launch, change mode and start flying at different speeds with the wings in different sweptback positions. From the air, it looks spectacular and with the wings fully back, it will roll like a drill, then switch back to mode 1 and it lands like a pussy cat.

How to program the movable wing:
I will use the DX9 to show you, other radios have the same setup. I did this in 2012 and used the heli mode of a JR so if enough want me to show how, I will add on how to change your airplane mode to heli mode(6 channel will work) and it works with 2 mixes. Heli has collective.

Programming the DX9
1) Set up all aileron, elevator and rudder controls.
2) Systems setup-go to aircraft type, go to next, and activate Pitch Curve
3) Set F-mode to 3 switch(use B)
4) Set PORT assign of gear to PITCH for channel 5
5) go to channel input config of channel to INH
6) now go to model and function list
7) go down to pitch curve
8) Set up switch for flight mode (switch b) and curve 0. This is for FLIGHT MODE ONE
Remove swing arms and get servo on graph 0 so it is zero horizontal all away across graph. This allows wing to stay centered and not move when throttle is changed. It has zero slope. 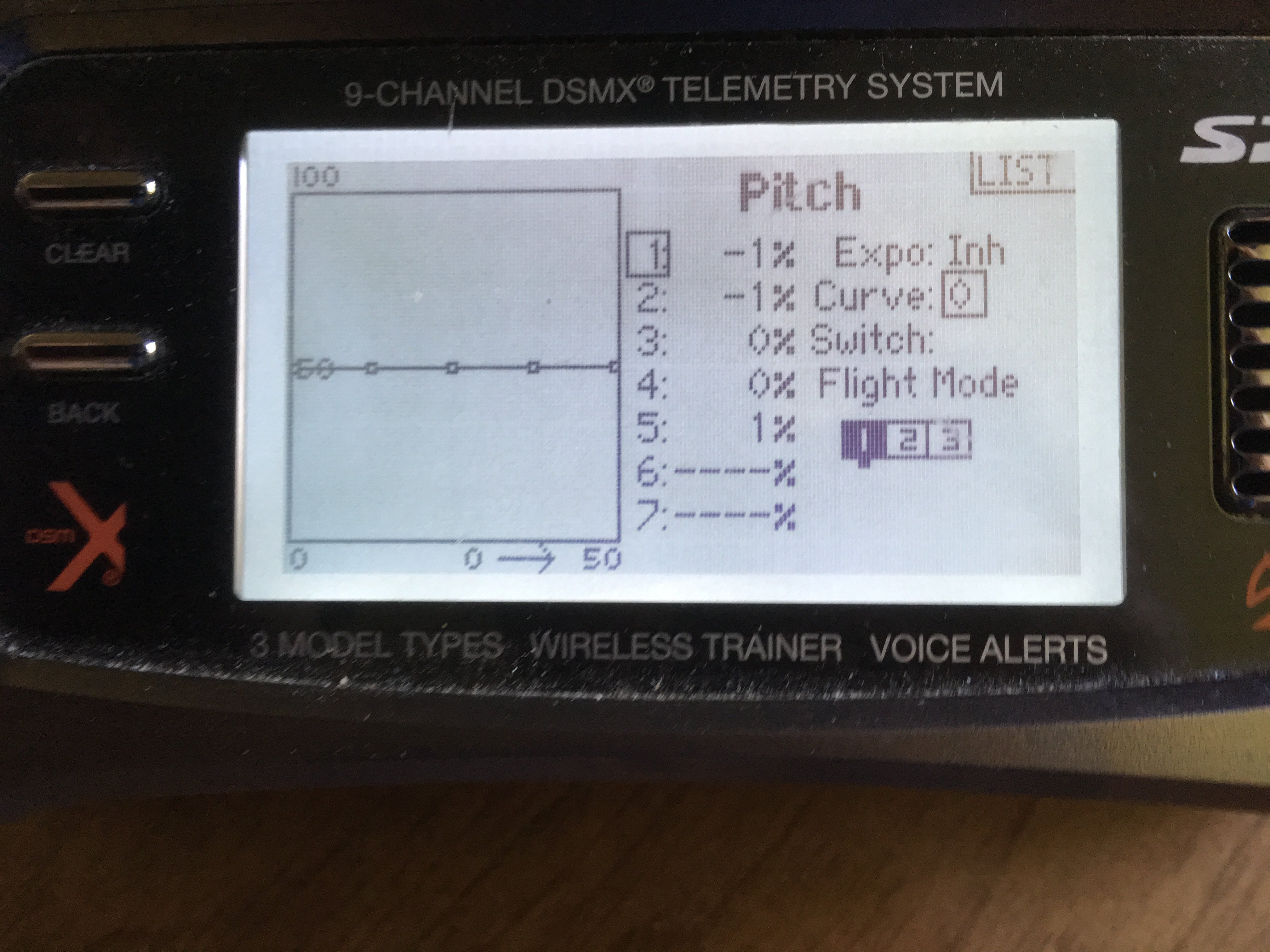 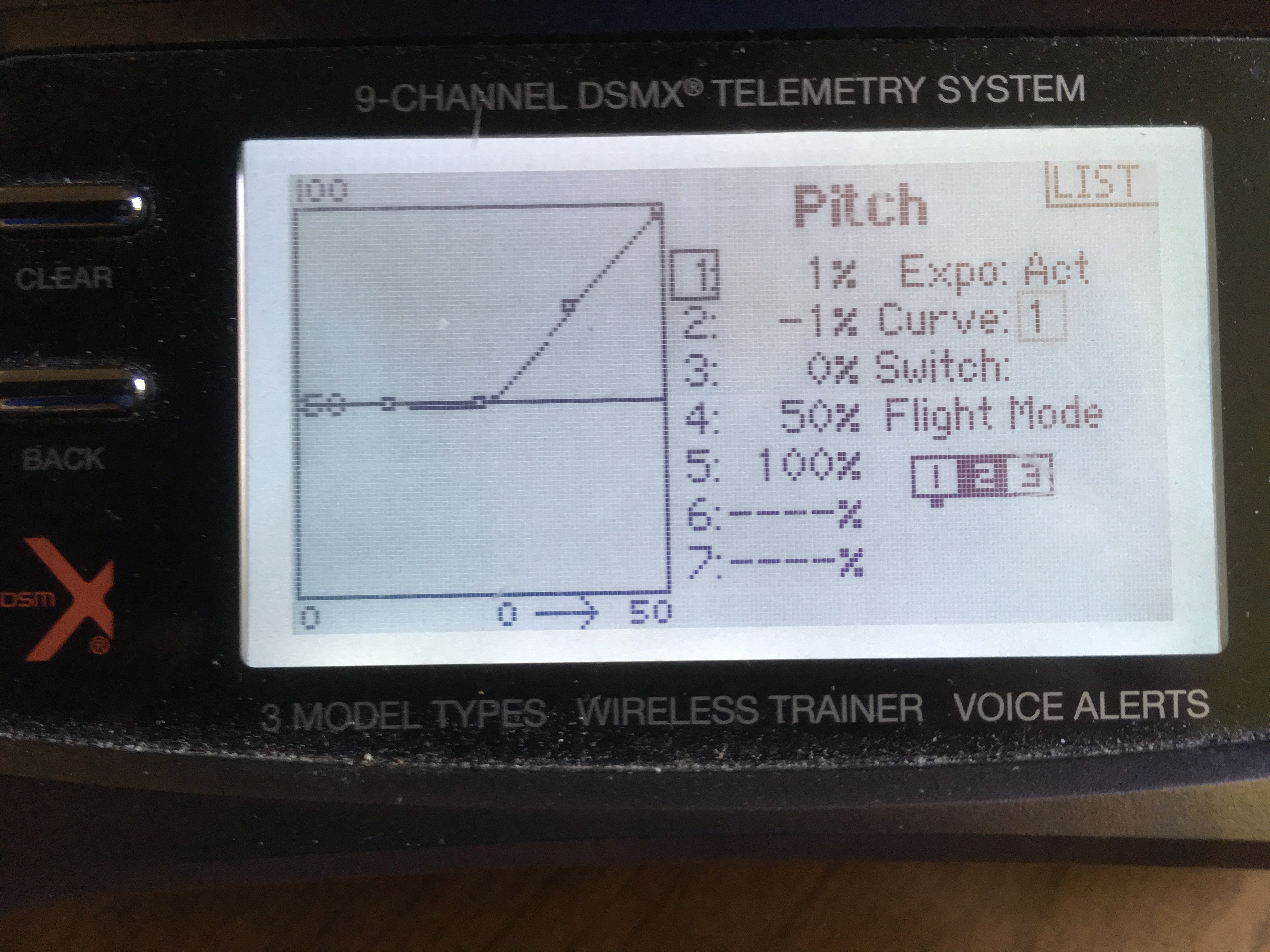 11) So the result, in flight mode 2 is, as you move the throttle from idle to 50, wing doesn't move, as you increase past 50, the wing starts to move backward slightly and only reaches the end when the throttle is fully opened. Remember, you get the right direction for the servo so it doesn't go wrong and if you jam the wing fully open, reduce point 5 so it has breathing room.

Here are the screenshots of setting up model system. 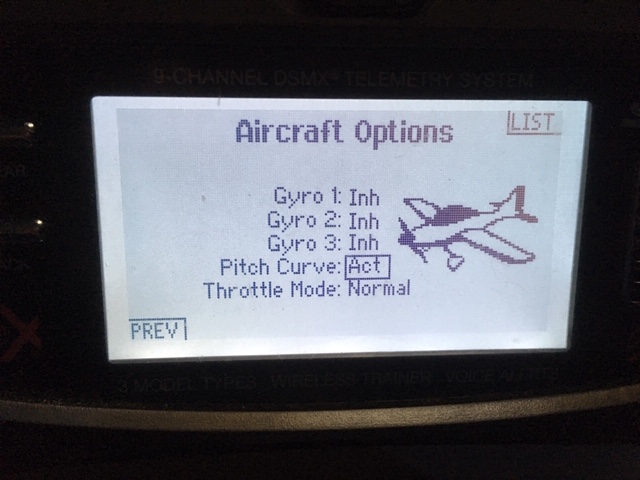 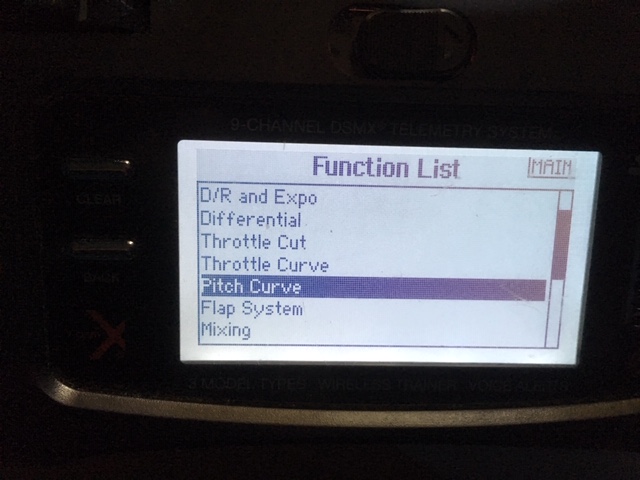 If enough pilots want the concept where you use the heli mode of your tx, I will help you to try to do it on ,other brands.

Here is a video of the wing changing.


Here is a flight