Proud of my Dad

Mentor
#1
Last night, after much complaining, and "trials and tribulations" at the field, my father FINALLY got his "Pilot's license" to fly unassisted! The instructors were saying, "He is his own worst critic! We finally told him he had to put in 10 good flights, and then we'd sign him off, and he did just that! Here you go!" 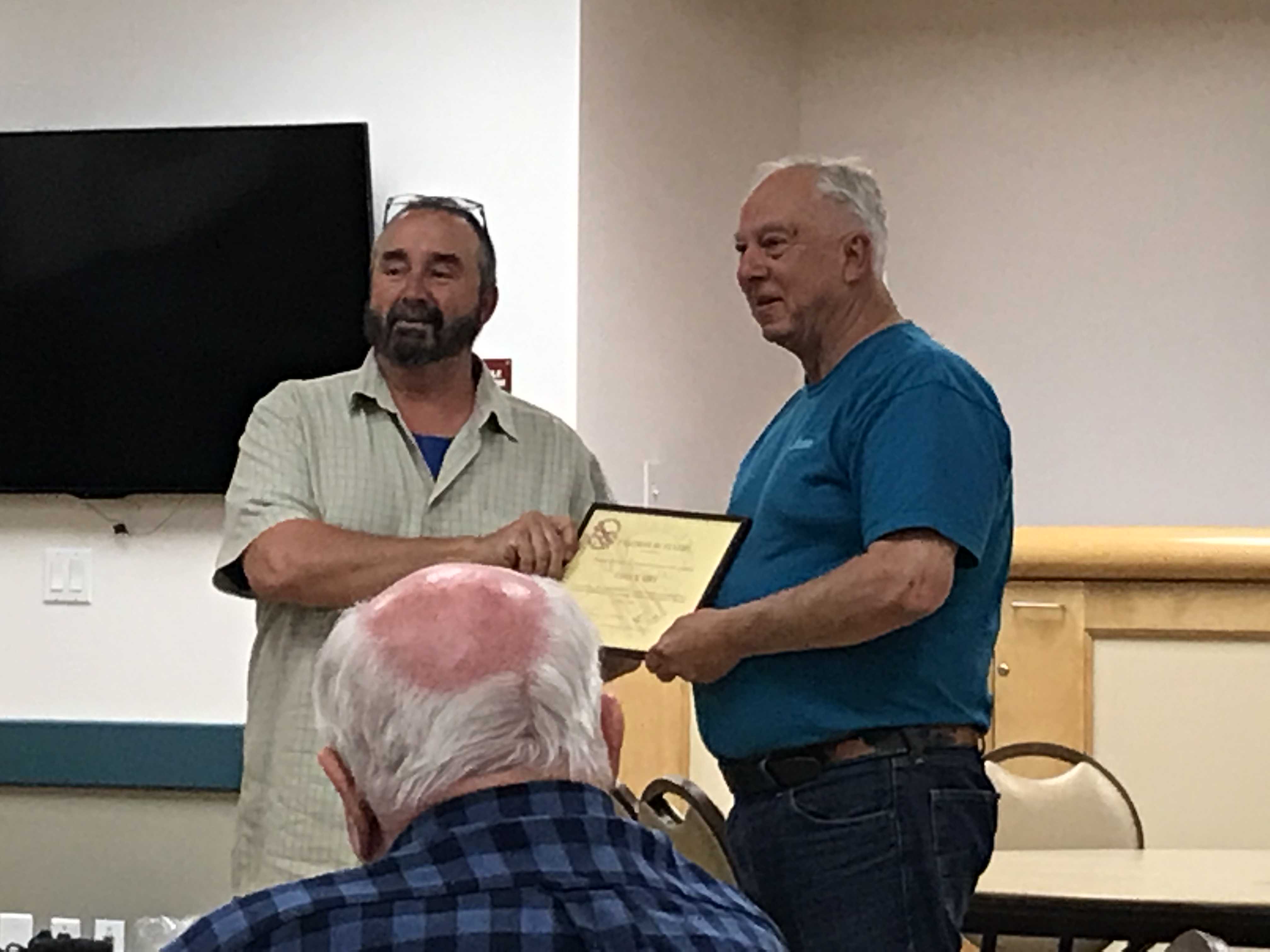 Mentor
#4
He was grumbling about it for the longest time, LOL.

He said he felt his landings were harsh, and that he wasn't perfectly level when he was flying. I buddy boxed with him, and he was making straight shot landings on his touch n' go passes; his flight was never going to be perfectly level because there are a couple of good updraft spots just north of the runway that will jump your plane up and down a little as you fly in and out of them, especially if you're flying something small and light, like a UMX model. It's not horrible, but it's enough to bobble the plane around a bit if you're not expecting it.

Now, I just have to get him to actually get out to the field and FLY!!!

Now send him over to my house so I have someone to play with. I promise not to nit pick his landings as more then likely I would already be on the walk of shame and not see most of them. 😁😂😂

Now send him over to my house so I have someone to play with. I promise not to nit pick his landings as more then likely I would already be on the walk of shame and not see most of them. 😁😂😂
Click to expand...
LOL I keep trying to get him out more to fly, but he keeps trying to find reasons NOT to. Although, to be fair, most of his arguments have been SOMEWHAT valid...

"I don't want to drive the muddy road and get the car stuck, if I can help it." (The road has been rutted and severely damaged due to rain that Southern California's gotten)

I think we're going to have some fun this weekend - hopefully he actually flies and ENJOYS himself, even if he's puckering a little while flying.

#7
Congrats to your Dad! Hope you have some good times at the field. It's been a long time since my father used to fly glow planes, now that I have a spare transmitter maybe I should see if he wants to try out something electric. He always thinks they are missing something without the nitro, but I'm sure he would come around if he tried out today's hot brushless motors.

I think that pucker factor is a part of the hobby that keeps it exciting. That's why it can be thrilling to fly quiet circuits with a beautiful model you spent a hundred hours on, but flying something disposable like the Bloody Baron you need to step it up to combat or low aerobatics to keep those cheeks clenched!
You must log in or register to reply here.
Share: Facebook Twitter Google+ Reddit Pinterest Tumblr WhatsApp Email Link
Menu
Log in
Register