#1
Most of the damage my RC stuff picks up is on the way to the car and back. I live in Military accommodation, with numerous spring loaded fire doors between me and my car, and not to mention plenty of nosy neighbours to give you some banter about playing with toy aeroplanes.

My solution: The wing bag! 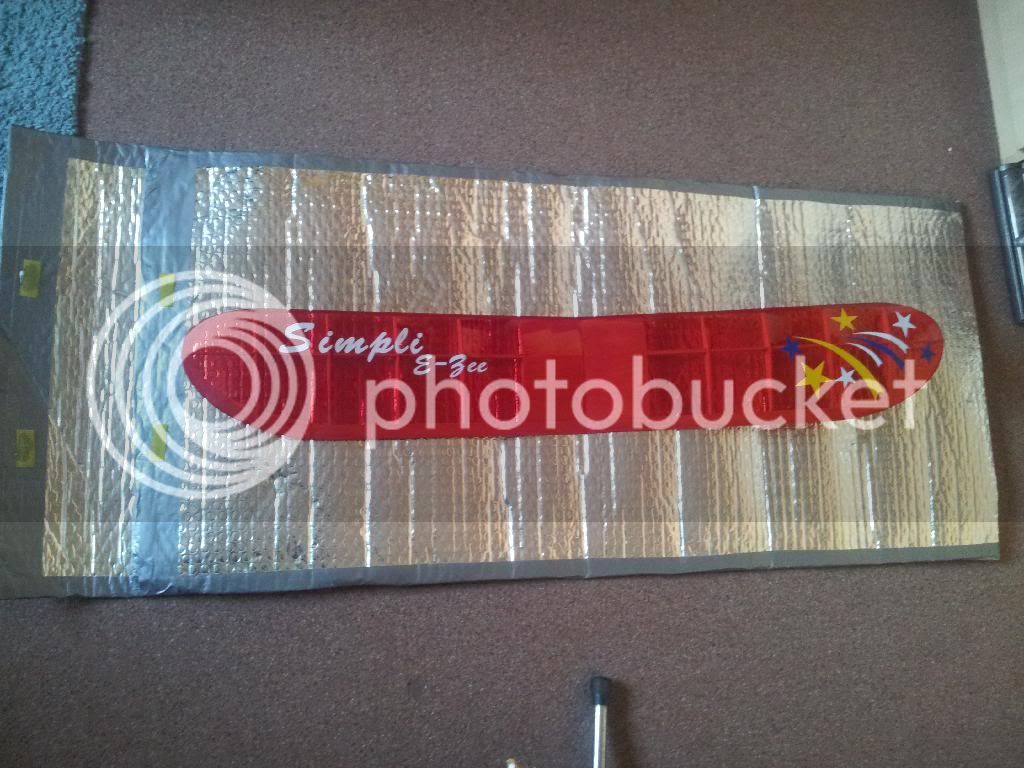 I bought a roll of that bubble wrap with alu foil covering both sides, some cheap duck tape and made this in just over 20mins. I made it far too big, but that's OK, I have a whole roll of the stuff, and it's cheap!

Next I'm going to try and make a fuselage carry bag, so I also bought some webbing that I can hot glue on to make a handle.

I'm going to give myself a pat on the back for this! 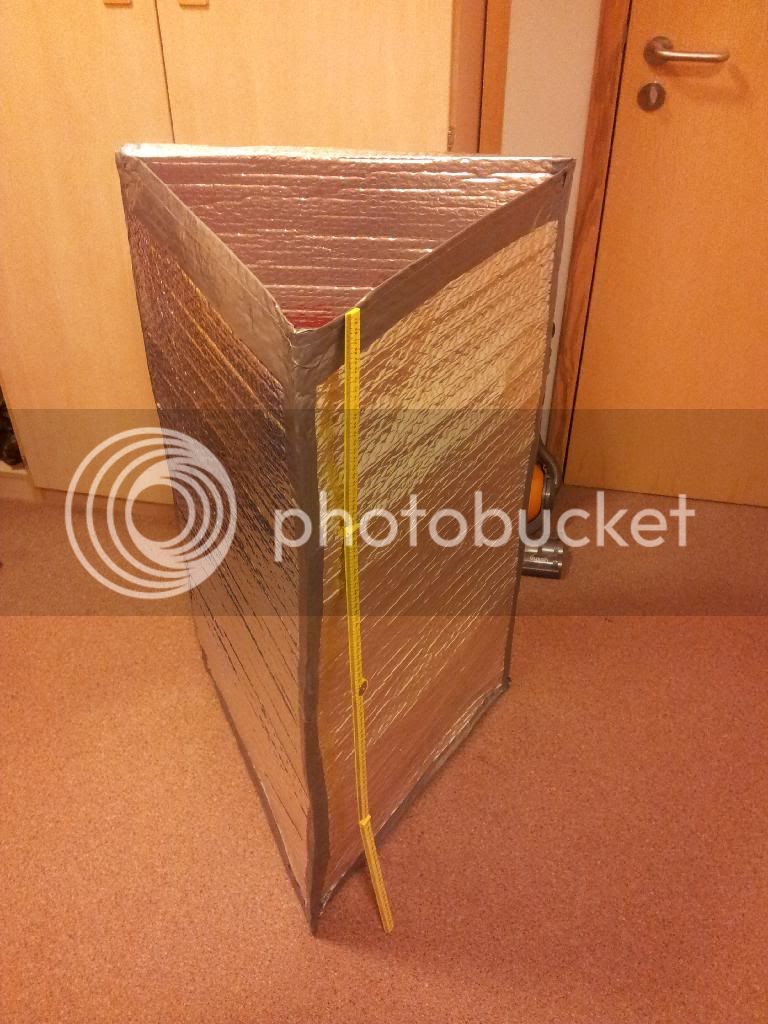 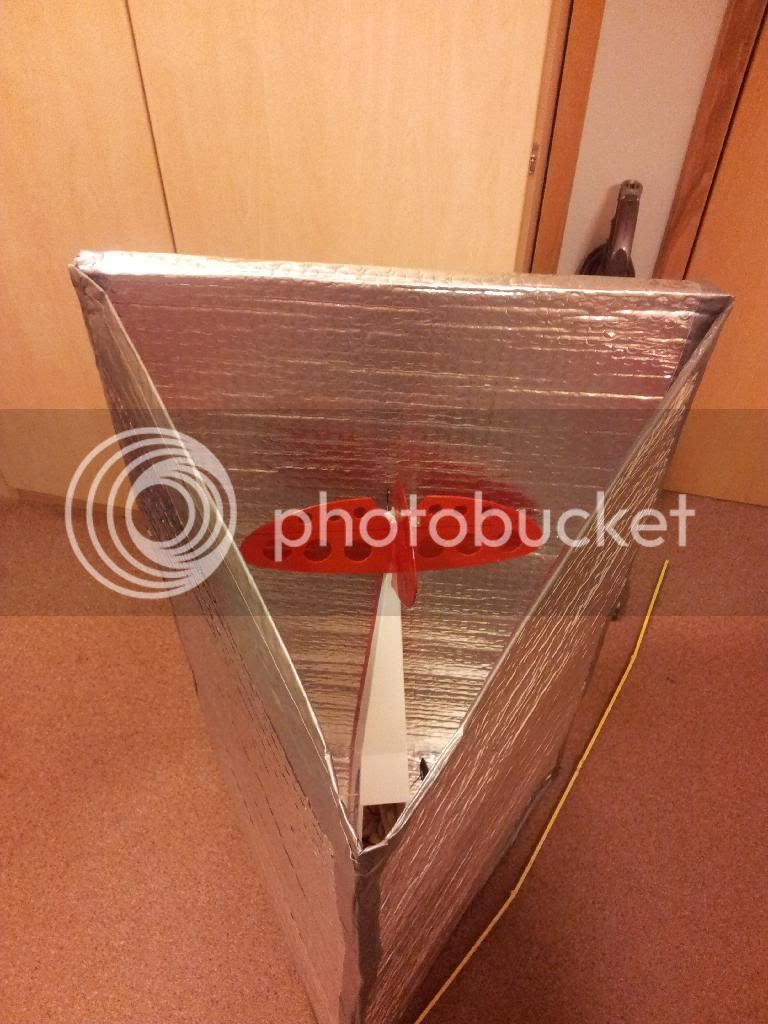 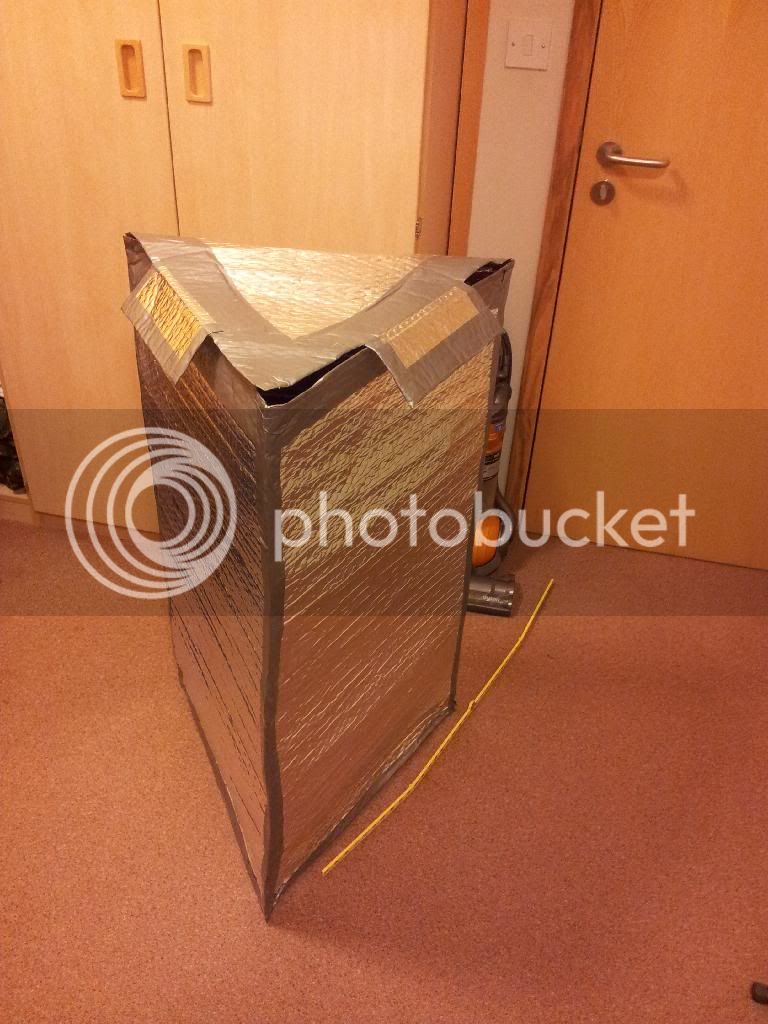 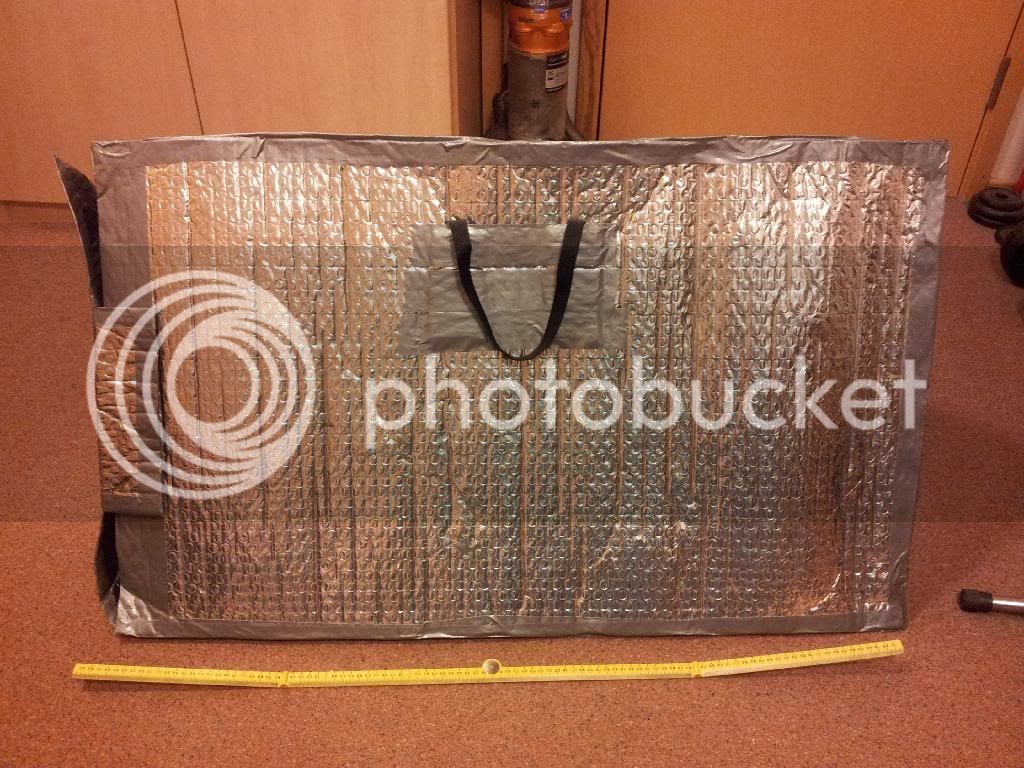 I made a 1 metre long hangar that opens at one end, it's too big for that little 1.2m trainer, but it will accommodate a full size trainer, that's the idea.

I hot glued some straps on then patched over with some spare bubble wrap, then taped over the top, it should hold. That's most of the 7.5m roll used up and half of the 50m duck tape too, but I think that's pretty good value. and with careful thought I think I have enough to make a more tailored cover for my DGL as that pretty much lives in the car anyway.
B

#4
I've been wondering about this, thanks for showing what can be done on a budget! I haven't seem the aluminum backed foil in UK, so an e-bay search is looming. Does the duck tape stick well enough to the foil?
B

#6
I'm from the UK, I bought it in Home base today £9.99 for 7.5m x 0.6m, then went to Lidl for the cheap duck tape. This stuff is everywhere, it's used to insulate roofs and the back of radiators and stuff.

That hanger is so very slick . . . I need to make one of those for my 2m glider. Add on some elastic tiedowns and "tossing it into the car" just got infintely easier.

Thanks for sharing that!
B

#10
Super torque
Thanks for your service and don't worry about playing with your toy's ...... any thing that is not an essential to life is a toy and every one has some kind of a toy. Happy flying and good landings.
S

Bedrock let me know how you get on. The tape sticks very well to the aluminium and hot glue sticks to the tape. I usually buy cheap non adhesive Velcro and hot glue it to everything. The alloy is exposed on this material, but it leaves very little residue, but for more precious models you may wish to continue your search for something where at least one side is covered in poly film?

Dan, this is as far as I got for the DLG cover: 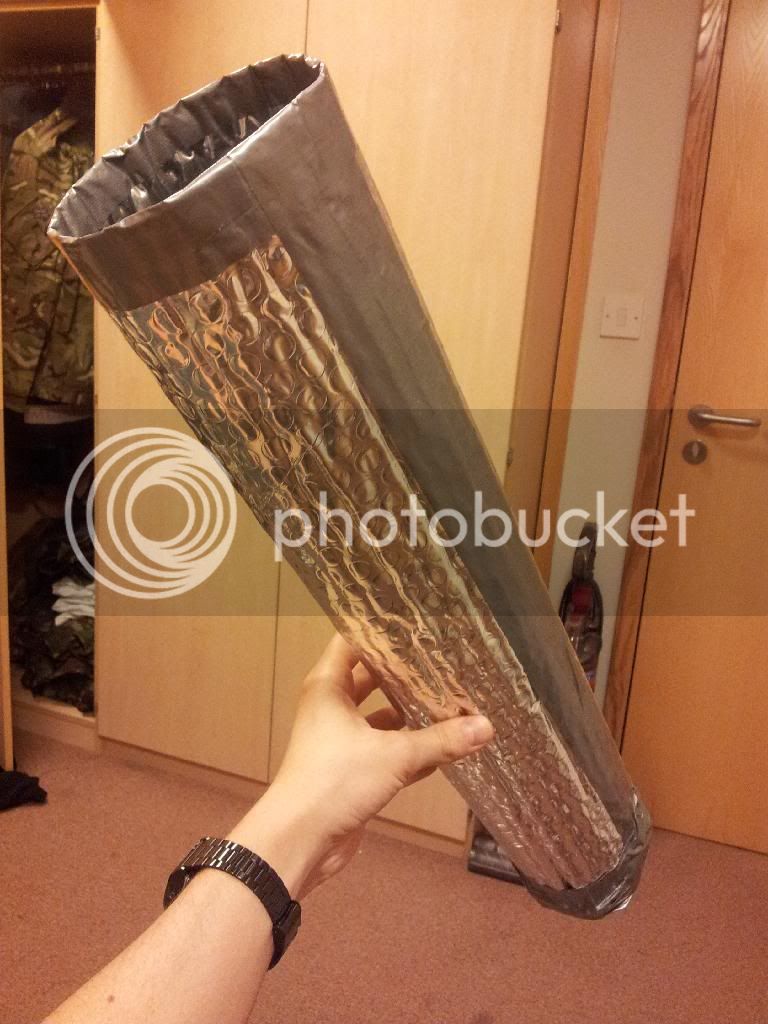 My next part is to make a single piece cruciform cover for the tail, I can make that with 4 rectangles folded into 90degrees then taped together. This will slip over the tail nice and snug, but I would use tape to protect the areas where the control horns will snag. For the wing I can see the launch peg being a problem, so I would suggest a side opening envelope for the wing? Please do let me know how you get on with that.

And thanks for your support Ron!

Staff member
Moderator
Mentor
#12
Might be a while before I get to this.

My 2m glider has a split wing with removable spar. I was thinking about makeing a fold-up version of your hanger, with elastic bands for the wings on the sides. lay/strap the fuse down the middle, strap the wings on the sides, fold up and velcro. fold up the ends, velcro shut and she's ready to toss wherever! could even add a few loops for batteries, screwdriver and ??? Then I'd only need the hanger and the TX case.

Will have to find a way to store the hanger . . . the glider hangs on the wall from her tail when back home. might be able to fold it up, put a hook on it and hang the hanger between the glider and the wall . . .


For your DLG wing, I'm assuming it seperates form the fuse for transport?

I'd suggest an envelope with one narrrow side open and one long side open ~1/3-1/2 way. shoudl eb able to slip it in (peg last) then run a vecro strap around the end. could even cut the pouch to conform to the wing shape.
Last edited: Jan 15, 2014
You must log in or register to reply here.
Share: Facebook Twitter Google+ Reddit Pinterest Tumblr WhatsApp Email Link
Menu
Log in
Register