#1
I decided to take on this “challenge”
Because basically I have made a couple of FT planes. Simple soarer, bushwacker, simple cup, guinea pig, simple scout. And decided to build something that I thought would would work best for me.

So I started last night at 8 pm I also used foam board I had sitting in my garage for about a year it was super wrapped and made a simple wing design Then I worked on the side of the fuselage in a 2d version I decided it should bed taller then 5 inches so I cut 2 strips 5” x 30”. Decided that I wanted it longer so I added about 15” as I don’t like the way the FT power pods are with the tabs that lock in place i just add a box for the pod to slide in no tabs. Anyway so I measured the front 1 1/2 “ tall then just picked an angle I liked and cut same thing on the bottom I then cut an angle. I decide the rudder and elevators were super important so I just grabbed. Design out of my bucket of plans just fit the first 2 rudder and elevater together. The only main problem I had during the building is the elevator was wrapped and it was preventing the servo from working properly so I cut it in half and added another servo with a
y connection so the 2 servos would work in unison. I actually think this helped with the Cg. I was so proud of this plane at midnight I went out and tossed it and it nearly flew across the street I knew it would fly well.
So this morning I went out and did a madden it flew wonderfully then a guy came out to the middle of the baseball field I was flying at with his metal detector I was afraid of bringing it back and hitting him so I decided to put it down on the other side of the field and of course I landed in my favorite spot right in a tree close to 40 feet up. I tried to link 3 10 foot pvc pips together and it was still too short so I think my next project it to build a potato gun lol. 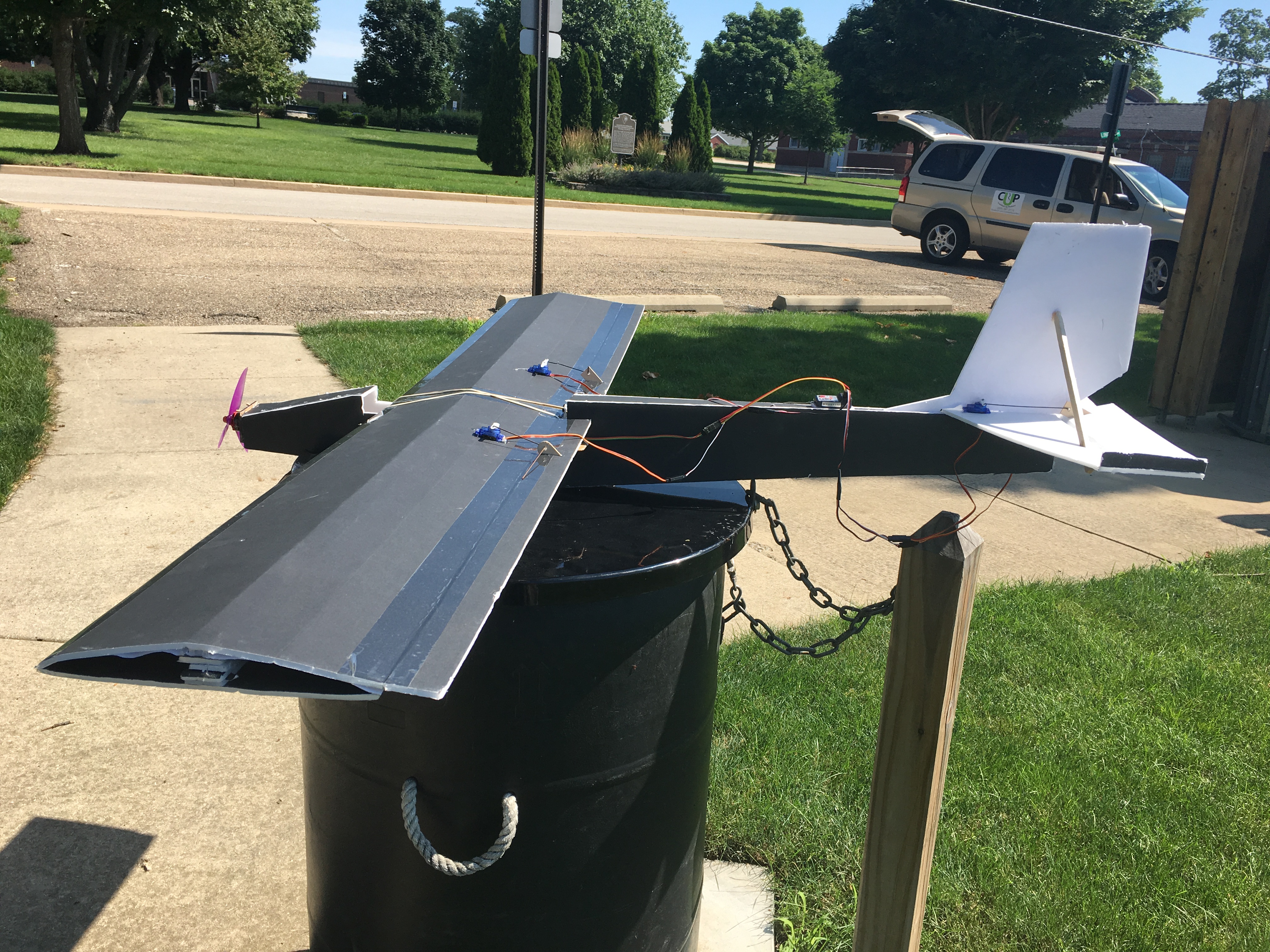 Mentor
#2
Love it! Warped foamboard, designing as you go, and building the entire thing the night before the maiden. Cool.

#3
so I went and maidened the plane at 9 am got it stuck in the tree probably 5 min later spent the next 3 hours trying to get it out. my pottery store opens at 1 so I had to stop at about 1230 came back at 3 and spent the next 3 hours trying to shoot it out with a potato gun no luck and fished it out finally with a fishing pole and a utility knife tied on the end. but I found out why I keep landing in trees no landing gear. anyway went home patch up the tail that's the only thing that ripped of. went out and flew again I have a video I'll post it tomorrow.
P