I have been flying for something like 4 years, and I recently decided to switch from nitro to gas. I bought my first gas ARF, an Sbach 342 from general hobby, and I have been assembling it over the past few days. I have, however, hit something a roadblock. I have no clue how to set up the ignition module and in general how to get the electronics that connect to the motor working. I have tried consulting the manual for my engine but its description isn't helping me. I am hoping that someone will be able to tell me which wire to connect where! In the following images I tried to circle in red the wires I was having issues with. The first one is the sensor from the engine itself. The second picture is of the wires exiting the ignition module and of my battery. The third picture is of my engine kill set up. If you click on the images they become easier to view. 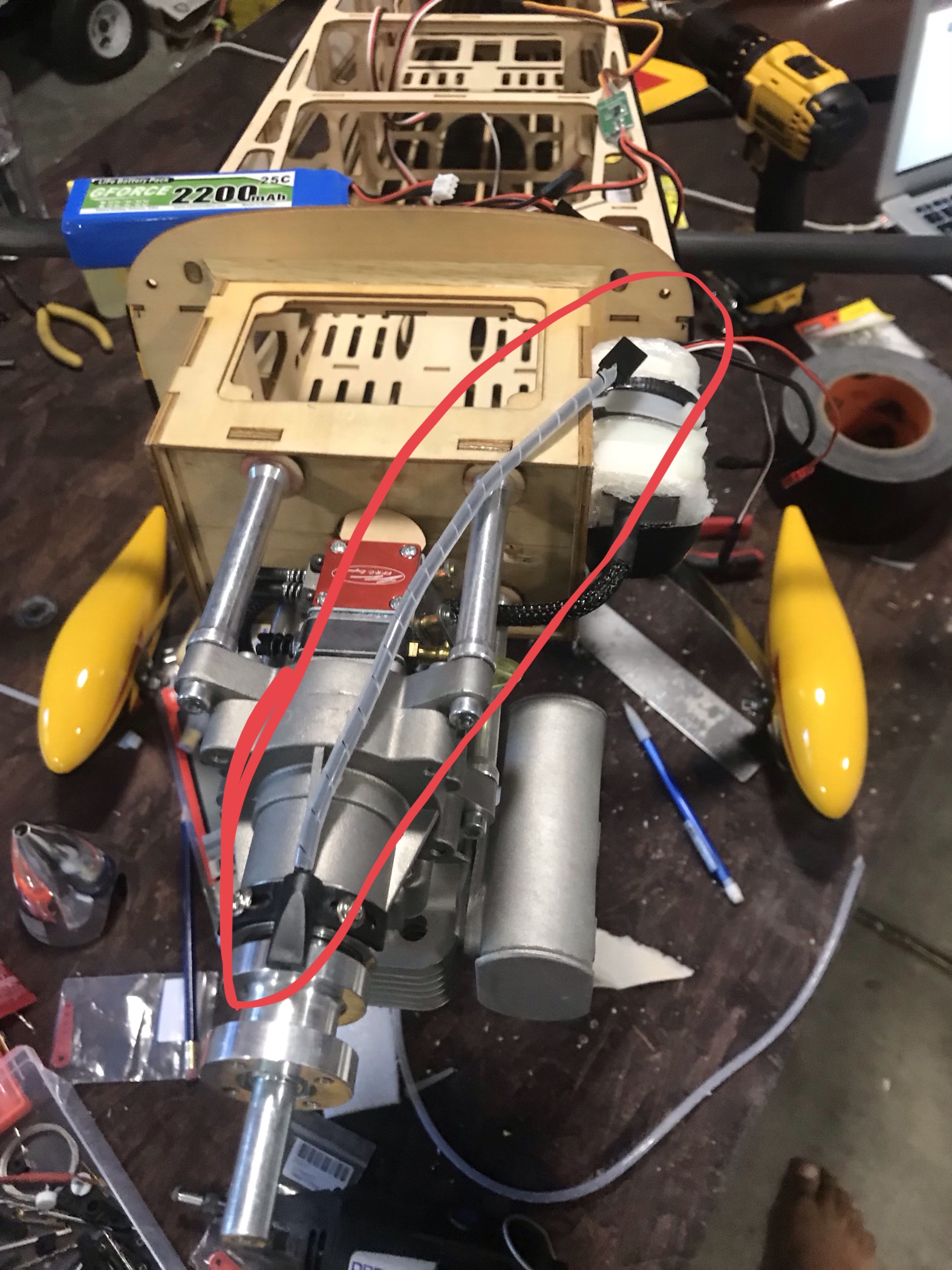 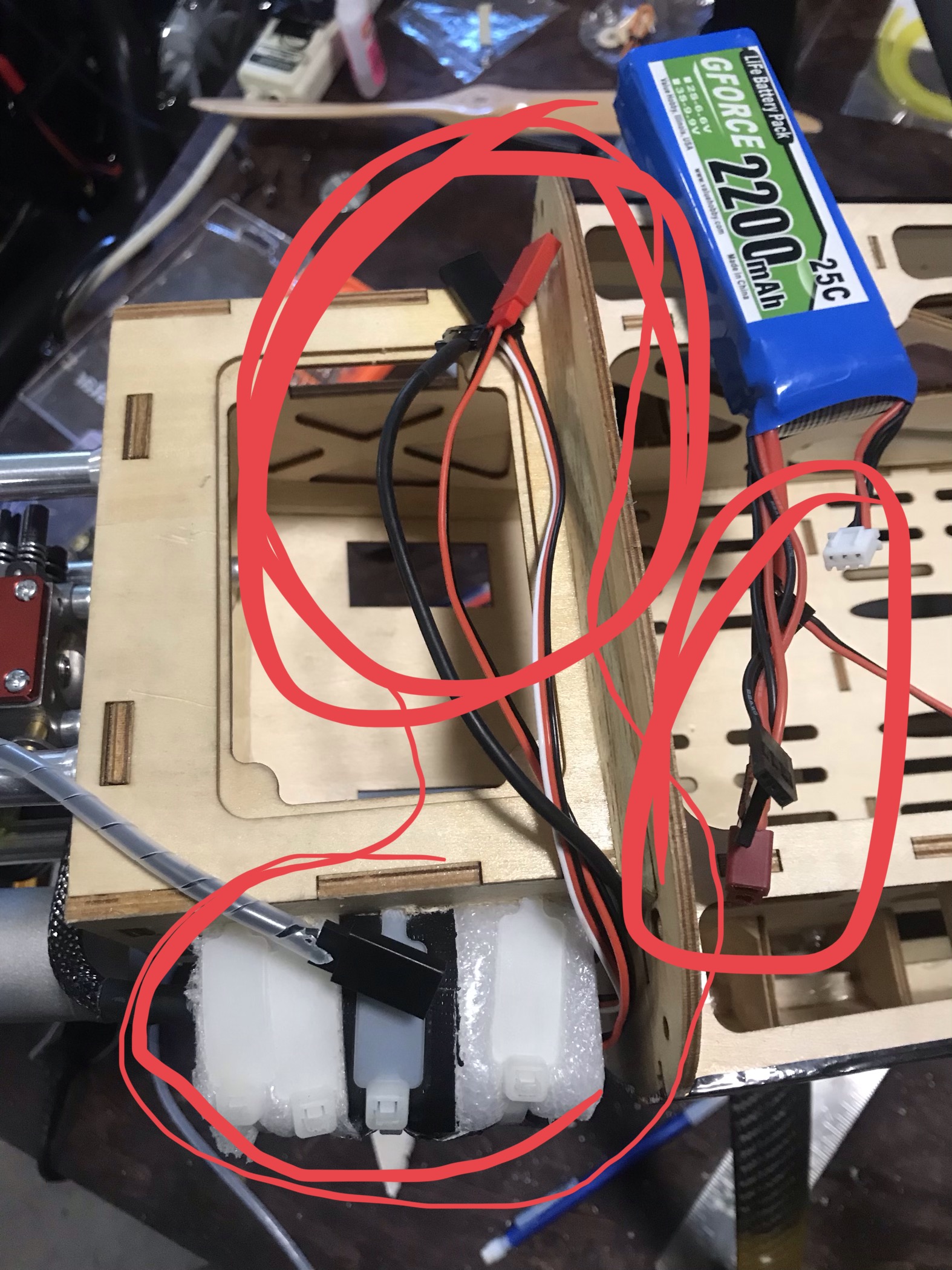 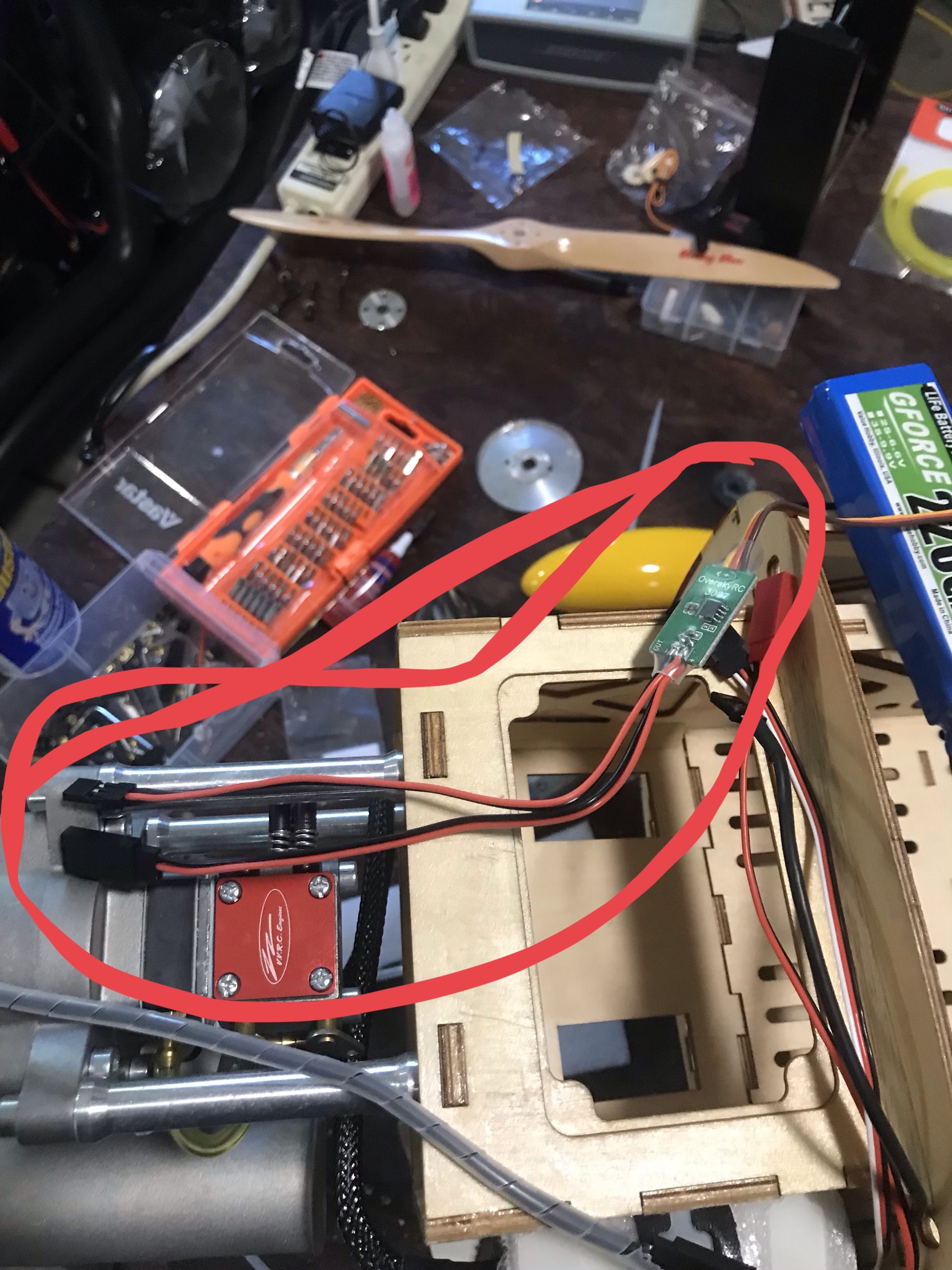 Mentor
#2
Adding the ignition kill is a good idea - make sure to program your failsafe so that if you lose signal it kills the engine. Below is an example of wiring. Note they show two batteries, one for the ignition and one for the receiver. BE CAREFUL with the voltage you have for the ignition, many modules only handle up to 5V! I'll usually run 5V to the ignition module and 6V to the receiver & servos. You can use one battery for both, depending on voltage.

Your picture doesn't show it, but does your ignition kill module have an LED to show you when it's armed? Red plugs generally mean they're for power. Your ignition module probably has 3 sets of wires. One goes to the spark plug, one for power (probably a red plug), and one that connects to the sensor on the front of the engine.

I'll add a poorly rendered drawing in a minute.

Mentor
#3
Hopefully this helps. Your kill switch appears to have a male & female end coming off of one side. I'm assuming this is your battery voltage in and battery voltage to the ignition module out. The other side of it appears to have a standard 3 wire servo plug which I'd expect to plug into your receiver, which you use to kill the ignition. Not sure if it has an LED or other indicator that power is live or not to the ignition. 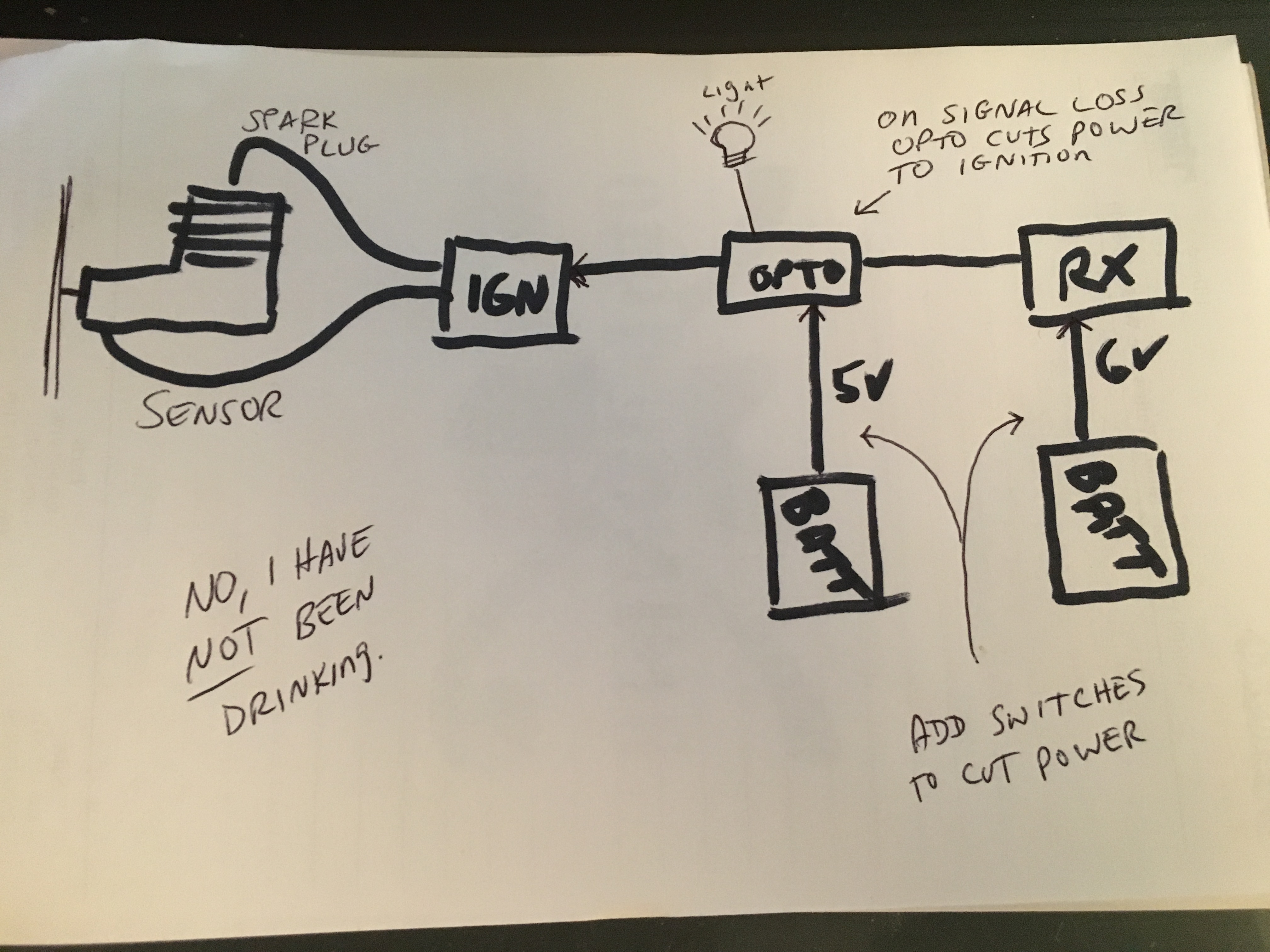 View attachment 137468
Click to expand...
Thank you so so much!! I have been trying to figure this out for hours!!

Mentor
#5
Glad it helps. I tried searching for a good diagram and couldn't find anything either, so you got to see the limit of my artistic abilities...

Mentor
#6
Oh, and as the diagram shows, you may want to add power switches between the battery (batteries) and the receiver and kill switch so you can easily kill power at the plane without having to unplug batteries.
You must log in or register to reply here.
Share: Facebook Twitter Google+ Reddit Pinterest Tumblr WhatsApp Email Link
Menu
Log in
Register