The (not so) Simple Cub gets some bling!

#1
While back I posted about my upscaled Simple Cub... 130%, with about a 50-inch (1270mm) wingspan. Ironically, it spent months in my basement because I was sort of scared to fly it. Recently I finally dusted it off and let it get some wind under its wings. And? It's absolutely delightful. I haven't flown the standard-sized Simple Cub, but the big one is a real sweetheart in the air... nicely balanced, tracks well, responds to the subtlest of control inputs, etc. It's actually quite relaxing to fly.

So plans are to bring it to Flite Fest this year, but I figured it needed a little extra something appearance-wise. I'd heard of Callie Graphics, but had never sampled her wares. Turns out she has a very nice set of markings for the Cub... you tell her what scale to print them at, and a few days (and dollars) later, you get a nice tube in the mail. Turns out my Cub is approximately 1/7th scale, and the markings turned out really nice. Note that the side stripe in the pics isn't Callie's work... I had hand-cut those in UltraCote when I first built the Cub. I intended to replace them with the Callie stripes, but I was afraid that peeling my stripes off would probably bring yellow paint along with them. I've had only marginal luck in getting paint to adhere to the brown DTFB, even with sanding.

By the way, I realize that it's not a proper Cub without the engine cylinders sticking out either side of the nose. I couldn't think of a good way to duplicate those, so I decided this is actually a Super Cub, which had an enclosed cowl. Easy fix! ;-)

Anyway, here are some photos. Look for it at Flite Fest! 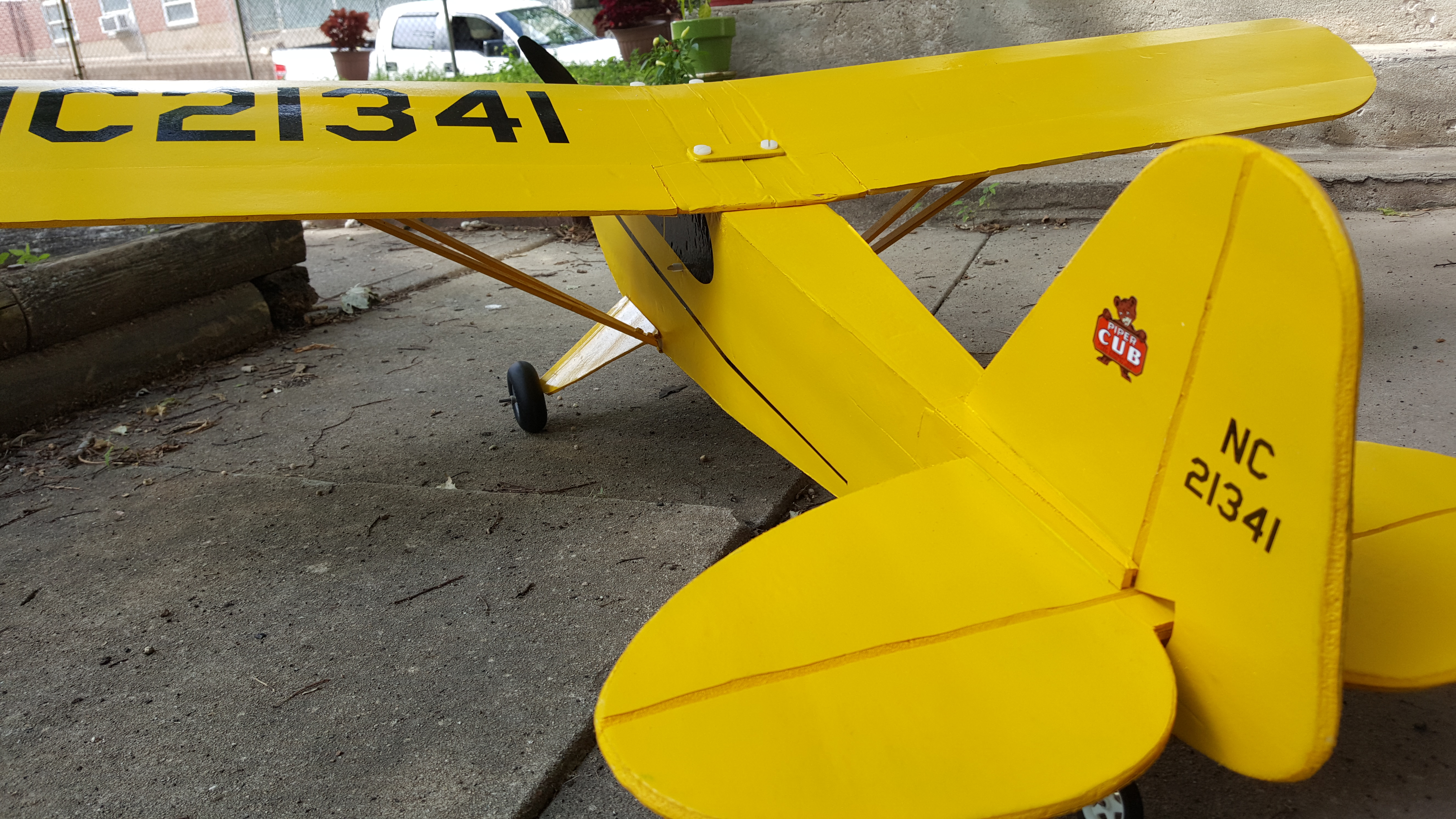 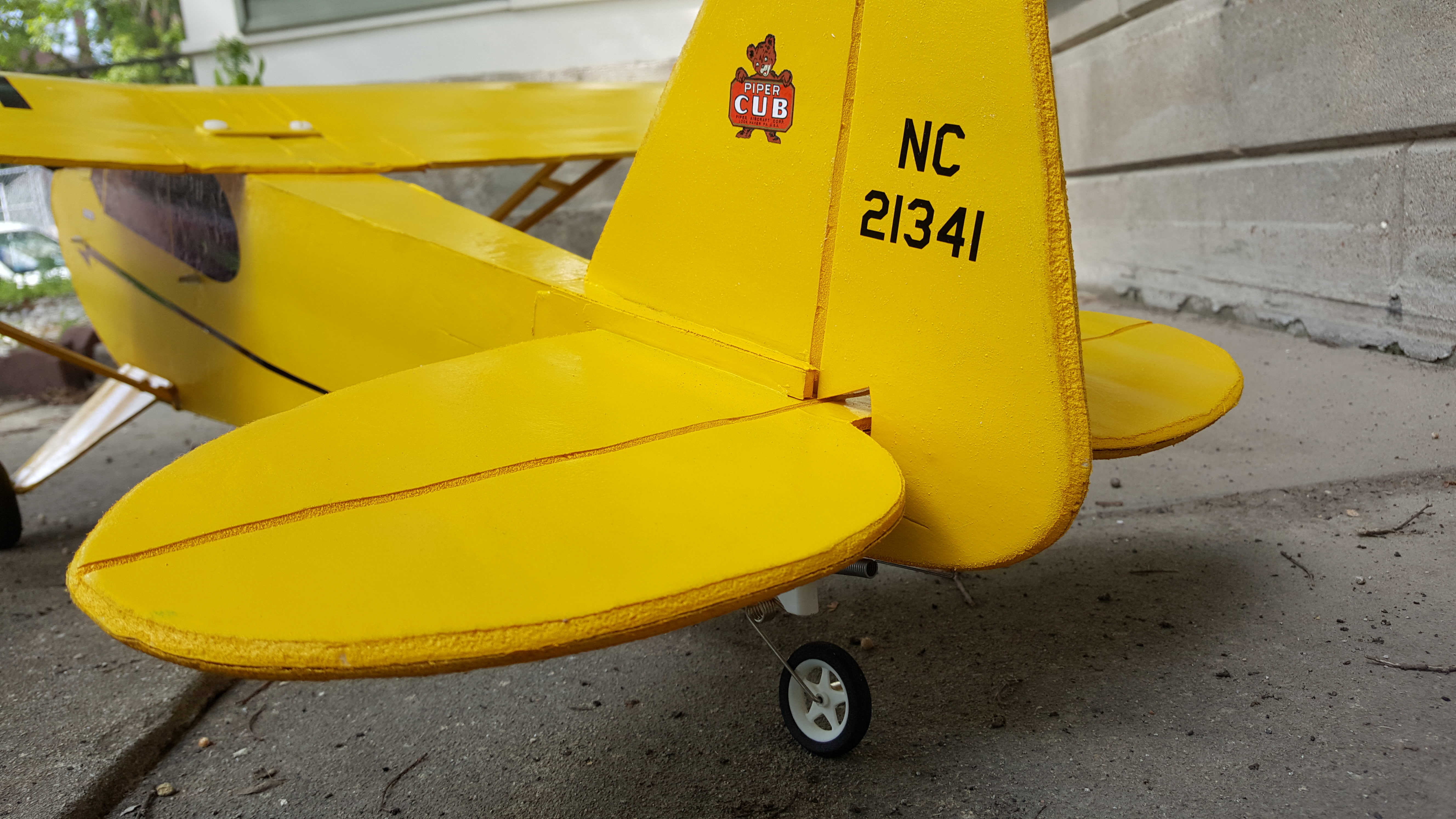 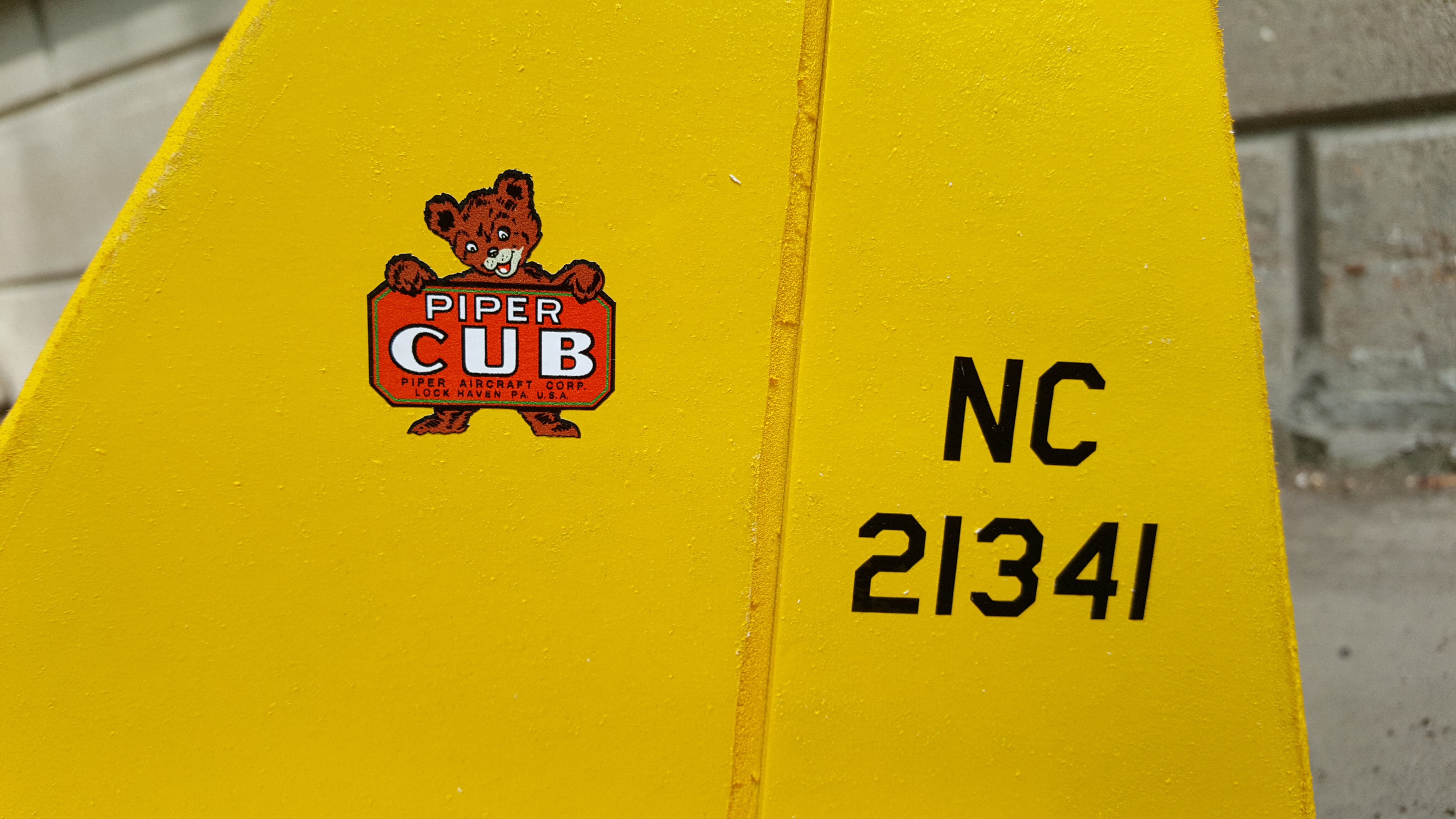 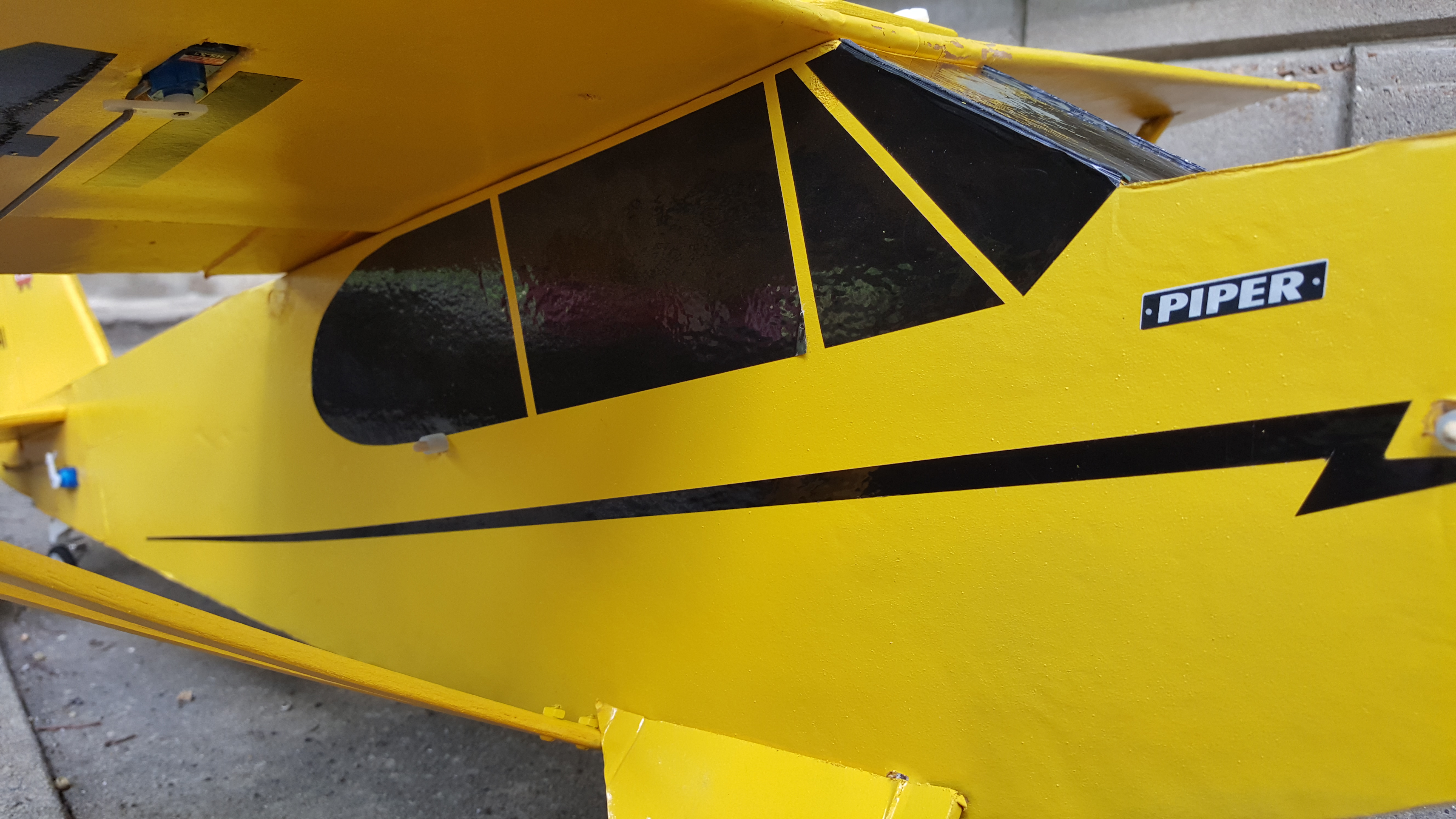 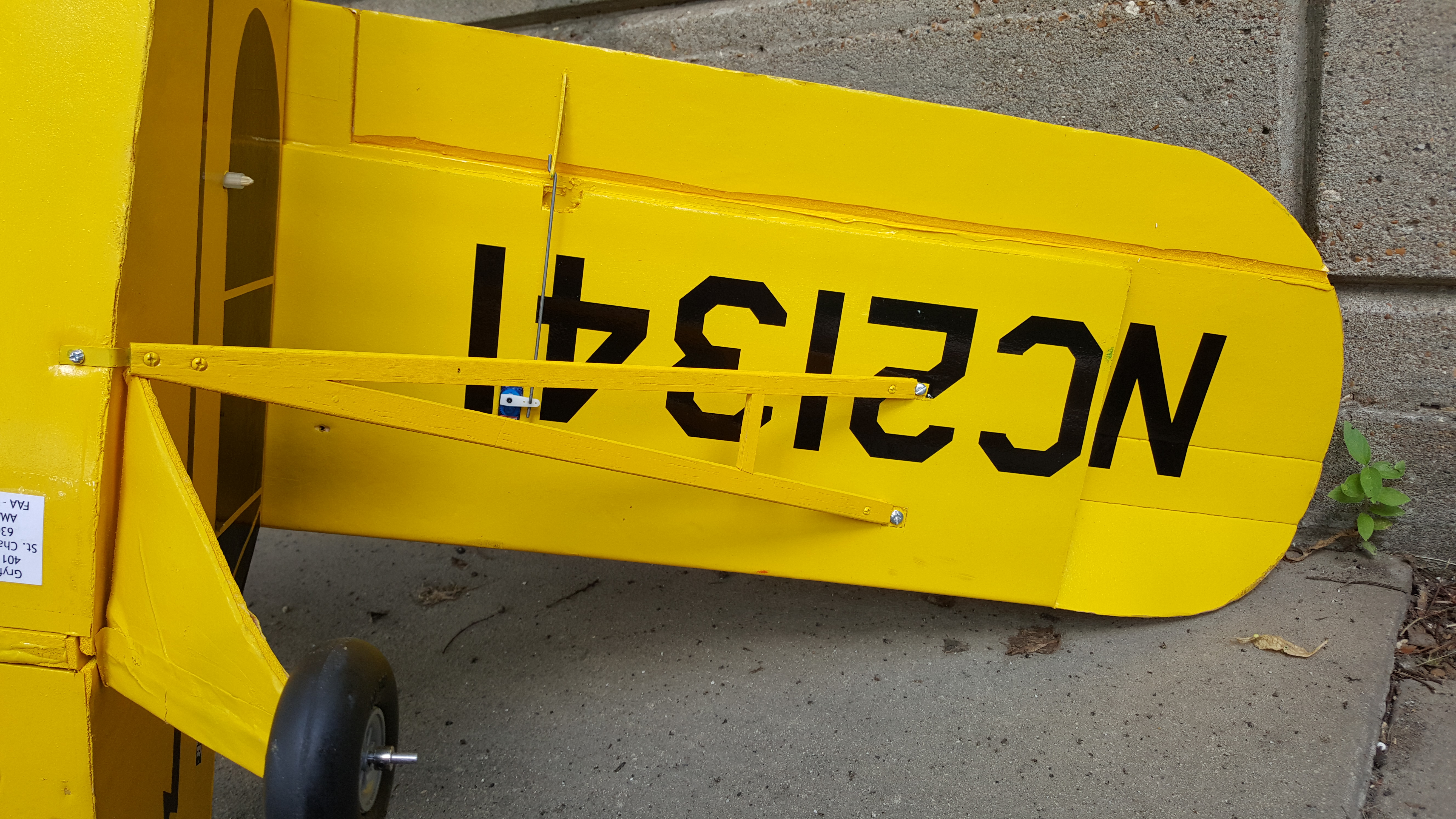 #2
Don't forget the reason the Super Cub's cylinders don't stick out is because the cowling is wider!

The numbers mean anything or just the default from Callie?