Staff member
Admin
#42
Guys, I like the idea, and I think it will be something implemented.

I am not a "code" guy. And to get these types of things added in, it seems that is needed. Which means getting Chad to pay the guy who does the code work to make the changes.

Please keep making these suggestions. I am not ignoring them. I am collecting them so that when we have one change made, we can have all of them made at the same time. Also I am waiting for things to slow down a little for Chad before hitting him with all of this.

I imagine things are a bit hectic at Flite Test headquarters these days. They're trying to film twice as many episodes, they're entertaining a guest from Switzerleden, and of course, working full time jobs and have families that demand their attention too. Plus Thanksgiving, then Christmas are coming up too. Always a busy time for families.

I intend to bother Chad with several ideas and changes sometime in January. Hopefully he doesn't read this, otherwise he might have enough warning to have me replaced by then....

And, we could use the thumbs up I used above
Click to expand...
You're still using one post for that thumb. The point was to remove the need of posting just to agree.

Site Moderator
#46
colorex said:
You're still using one post for that thumb. The point was to remove the need of posting just to agree.
Click to expand...
Exactly. It would be like having an open poll for each post. Polls only show the number of voters for each option until someone chooses to find out who voted what. In this case there would only be two options.

Another great application for this would be on the popular thread with all those excellent FPV videos. Instead of 20 posts telling how great 1 video is, there could be 1 video post with several people voting how much they liked it. If anyone want to comment on that video and point out something specific. A vote on that post could also show how many other people shared those sentiments without having to make another post. It doesn't take long before a thread gets excessively full of people with identical comments. I suspect some people even refrain from complimenting a video because of all comments already made.

I really think this, once implemented will allow the forum to have more substance and not so much superfluous fluff.

Here's an example of what I think it should look like:

Then, just as with the polls now and also on the "Like" feature on Facebook, a person could click and see who clicked what. The poll on this thread for example has two individuals who've voted in dissent with my proposal. I could then ask them for their reasons to see if that is something I hadn't thought about and perhaps could mitigate.

I don't write code but it seems like the code would be very similar to the poll code already in use. The difference is that it would be limited to two selections only and would be applied to each post within a small piece of post real estate as shown in my example.
Last edited: Nov 6, 2011

If you notice the many posts of agreement out there and think it is cluttering up the forum, feel free to agree with the means currently available, the poll in this thread.

(In the states today is election day across the country for gov't affairs, however for this thread all are welcome to vote for number 1)

Site Moderator
#49
Somehow this most excellent idea fell by the wayside. Considering how much shorter threads would be thus making perusing the content much more streamlined and less cluttered. We need to do this.

No one can accuse me of being impatient on this one.

Moderator
#50
It was almost lost to antiquity! See, this is where I'd "Thumbs Up" JIMC120s comment instead of posting this comment adding nothing to the conversation.

#53
I agree. Build logs and especially the "what plane is this" thread would kinda get messed up with a reorganization via ratings. For example on Planet Minecraft they have a "diamond" button (any crafters out there know why its a diamond), so its either a "meh" or "i like this".

Site Moderator
#54
The Thumbs Up and Thumbs Down buttons would merely be a way to poll the popularity of a post in the same way the YouTube already does it. It's a way of communicating whether something resonates positively or negatively without requiring yet another post that clutters up the thread though a person certainly could post his thoughts in more detail in another post if he wanted to, to which others could again show support or dissent through the buttons.

#55
For people like me who wasn't around here in 2011 a zombie thread is kind of nice. I can add my opinion into a thread that I may never have seen otherwise.

I believe a thanks button or thumbs up is a good idea. I don't think thumbs down button is a useful though. Not necessarily because fear of rejection but what is the point of it? If I were to write a useful post it would be nice to be shown support by people clicking a "thanks". This way I know there are people that were helped by my post and will be inclined to write more.

Site Moderator
#56
If I post a video on YouTube and I want to know how my audience liked it, the thumbs up/down button along with the number of views serves as a human barometer showing that. The same is true for each post in YouTube.

We lack that useful tool which lets all who see it know how widely those sentiments are shared or how an opinion might just the thoughts of just a few. And this tool does this without cluttering the thread with additional comments that often add no new or valuable content.

We do have the poll function but that has to be initiated and it doesn't happen all that often.

Yeah this zombie thread will not die until it's fed what it demands.
Last edited: Jun 6, 2017

Site Moderator
#57
If you post it, it will come. 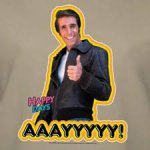 #58
I am not a big fan of likes and dislikes... Too many people these days will hit a dislike or negative marker just to do so. People that truly like what we do will say so in a post. I don't mind negative feed back at all as long as there is a reason stated so I can either correct what is not liked or ignore it if it is not important to me. Same with positive feed back. Its nice to know what you did that got the like. I think if a rating system is implemented a comment must be mandatory to avoid that whole facebooky type stuff where a bunch of friends will band together and dislike something just because their friends are and they have no real opinion good bad or ugly.

#59
The idea of a like or dislike might be a good idea except that the thumbs down symbol has roots in human suffering. Likes or dislikes can and often do have personal objectives among those who like to troll.

Being Flitetest surely a different symbol might satisfy the positive attributes of a symbol without enabling the negatives of the inhuman nature of some.

Being one of the "Oldies", (in body only), I remember the old saying if someone agreed with something, (Ex-Airforce member), and that was "That will fly" and the opposite was to "Crash and burn".

Being an aviation based hobby entity surely a Symbol of a plane climbing could be used in the place of a thumbs up and a plane crashing in flames for the proverbial thumbs down.

At least the adverse personal aspects of judging posts would be damped by shifting the reference back to model aviation rather than to the author of the post.

Site Moderator
#60
In the calmest of tones I intend this to be understood. I am not stirred up or angry at all. But I am curious what we are hoping to avoid and if we can really avoid it by the means mentioned.

First, our community in this forum is not comprised of mainly dissenters but even if it was, we shouldn't be so relucatant that we want to limit the possibility of dissent. This isn't welcoming abuse but rather opinions whether approving is disapproving.

Second, even if someone wanted to spread hate and discontent, the lack of some sort of dissenting button will not stop them. People disdain people, not thumbs.

Third, I am not locked into only one form or icon for dissent. I just want the ability to express it, or even moreso approval without needing to verbalize a point that has already been well made. Mere words indicating "agree" and "disagree" will get the gist across just as well.

Fourth, there is a need. Have you ever seen a popular thread that had a dozen or more pages of posts many of which only say "+1", "agreed", or something similar? Have you ever wanted to find a certain post but dreaded having to search through numerous pages? Have you ever seen a well articulated post that you really wanted to show support for but held back because you didn't want to divert attention away from the very thing that impressed you?