#1
I've seen photos of acrobatic and 3D planes with odd (to me) bits such as: vertical plates on the aft edges of the ailerons, tiny fins along the length of the wings, and plates on the wing tips. What are these things? Especially the aileron attachments, which make no sense at all. 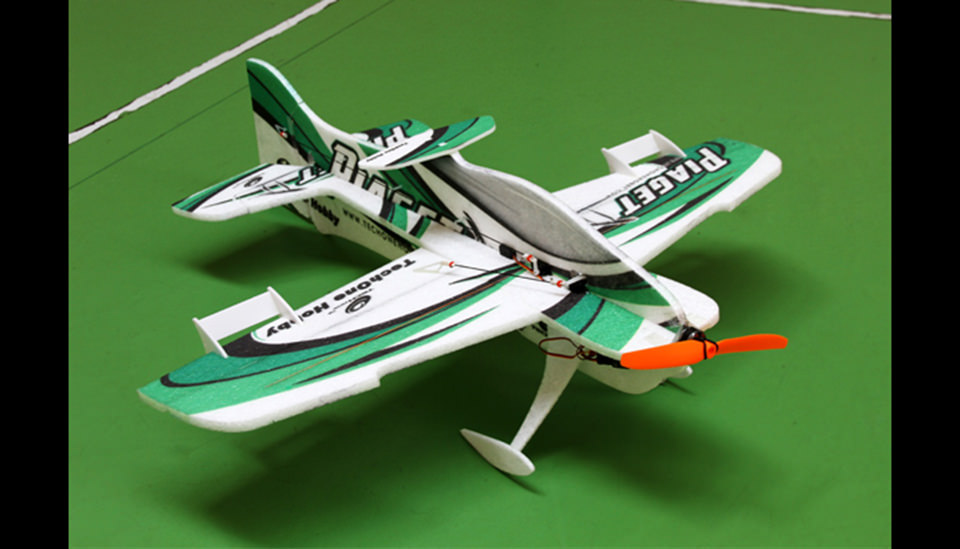 #2
There are lots of things going on all at once with these extra surfaces. The indoor foam fliers like to add small surfaces that are perpendicular to airflow to increase the drag, that way the down vertical lines don't get too fast and it doesn't harm normal flight too much. Extra vertical surfaces at the ends of the wing (winglets) can reduce wing tip vorticies and improve overall efficiency, but for 3d fliers these (and a tall nose) can give extra side area to make knife edge flying easier. The extra horizontal wing on top of the canopy ... I don't know the theory behind that. The smaller vertical surfaces mid-wing are often called wing fences. You see these show up on earlier swept wing military jets ... they help channel the air straight back rather than out to towards the wing tip and (I think) help reduce issues with tip stalling. Swept wing aerodynamics weren't understood as well in the early jet days and the aircraft designers got a few surprises from time to time.
B