The Heinkel He-219 Uhu ("Eagle-Owl") was a night fighter that served with the German Luftwaffe in the later stages of World War II. A relatively sophisticated design, the He 219 possessed a variety of innovations, including advanced VHF-band intercept radar. It was also the first operational military aircraft to be equipped with ejection seats and the first operational German World War II-era aircraft with tricycle landing gear. 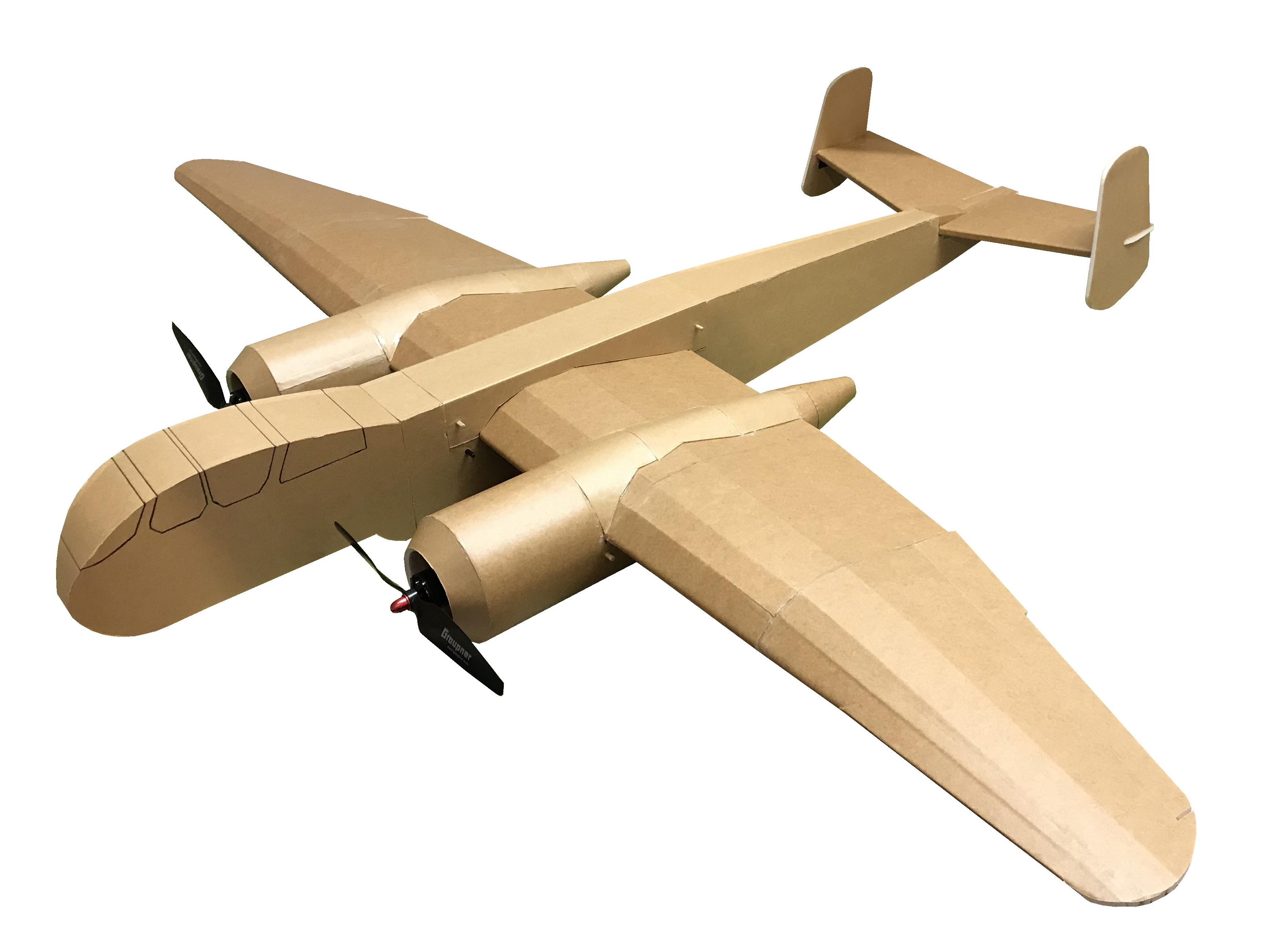 Build:
The build follows basic FT techniques. The main challenge is the build of the nacelles, which is using molding techniques similar to the Master Series builds. The proper adjustment of the horizontal stabilizer on the fuselage is crucial for the flight performance. Take your time on this step. I wouldn’t recommend it as first build, but maybe as a 3rd or 4th.

Speed:
The top speed during level flight is around 80 km/h (50 mph). It slows down nicely for landing and is easy to control even at low speed.

Handling:
The roll rate is not very high but the plane is quite sensitive in the pitch axis. Flying inverted is working quite well. All in all it is an easy flyer.

Stalls:
It is really hard to get this plane into stall. When it stalls it just sags away slightly.

Aerobatics:
By its nature it isn’t an aerobatic plane. You can do Rolls, Loops, Inverted, Split S’s and if you have differential thrust nice Hammerhead Turns.

Take off:
Hand-launch it by holding it at the fuselage bottom (around the CG) and in case you have counter rotating props, apply full throttle for launch. All it needs then is a gentle toss.

Landing:
Nothing special, reduce your airspeed and flare it shortly before touch down. Try landing with really low speed, as this reduces the risk of breaking props. The nacelles are so close to the ground that there is a real risk of breaking a prop.

Great job!! plenty of instructions and photos as well as the 3D components.
Read more…
Menu
Log in
Register