The Caudron C.460 developed in the early 1930's was a multiple trophy winner in air races in the US and Europe. It's not a commonly modeled aircraft, but she is a beauty! Below are pictures of the 4 versions built by forum members so far, not counting the half a dozen prototypes I destroyed in flight testing. 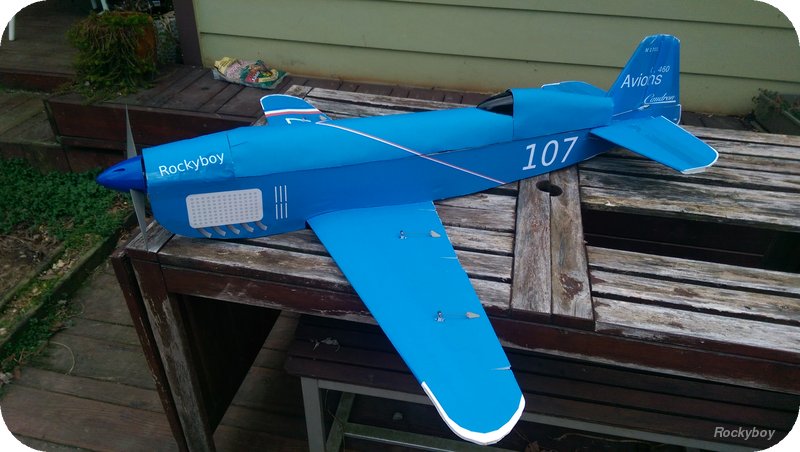 The zip file has svg and pdf version of the plans with notations for which parts are plywood vs foam and where the bamboo reinforcement skewers go. Built with good old Dollar Tree foam board and traditional Flite Test techniques. Also included are plans and skins files are both pdf with the paper size set for Arch E size (36" x 48") that Staples can use to make color engineering prints so you don't have to live through the paper tiling process. 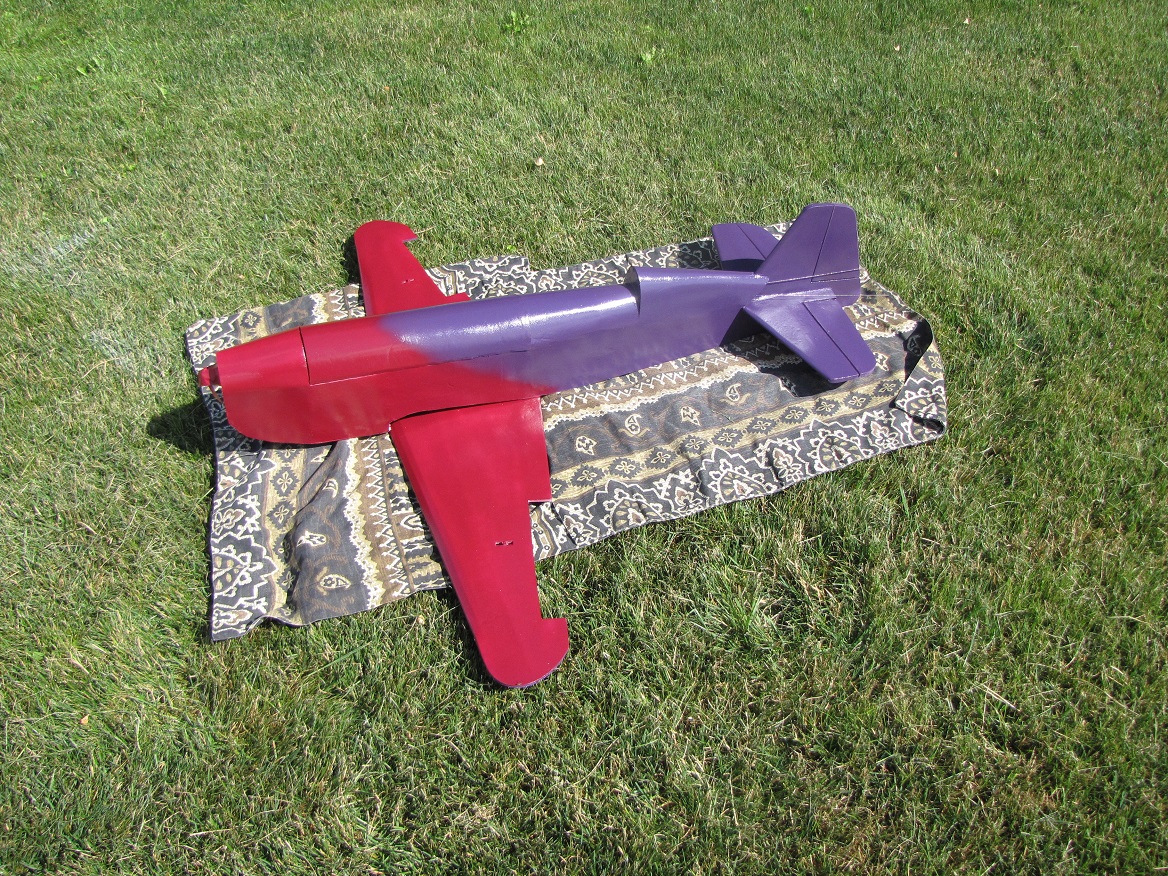 This beauty built by Psyborg

She is 1/6 scale and weighs in at 34 oz - just a touch over 2 pounds with a 4s3000 battery. More specs on this awesome card made by AircPirateNinsei - but I had best performance on a 4s rather than 3s battery. :0 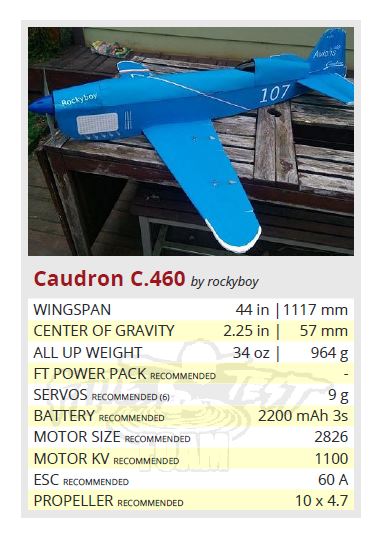 Going with a Power Up 25 Speed 1100kv from Heads Up Hobby which has a power and performance profile right between NerdNic's recommended "Advanced" and "Speed" setups for his 40" wingspan planes. Paired up with a 60amp ESC, 6 amp BEC, and starting with an 11x5.5 prop first for a 'little' more thrust to keep airborne, and after better understanding the flight characteristics switching to a 10x7 prop for more forward airspeed. 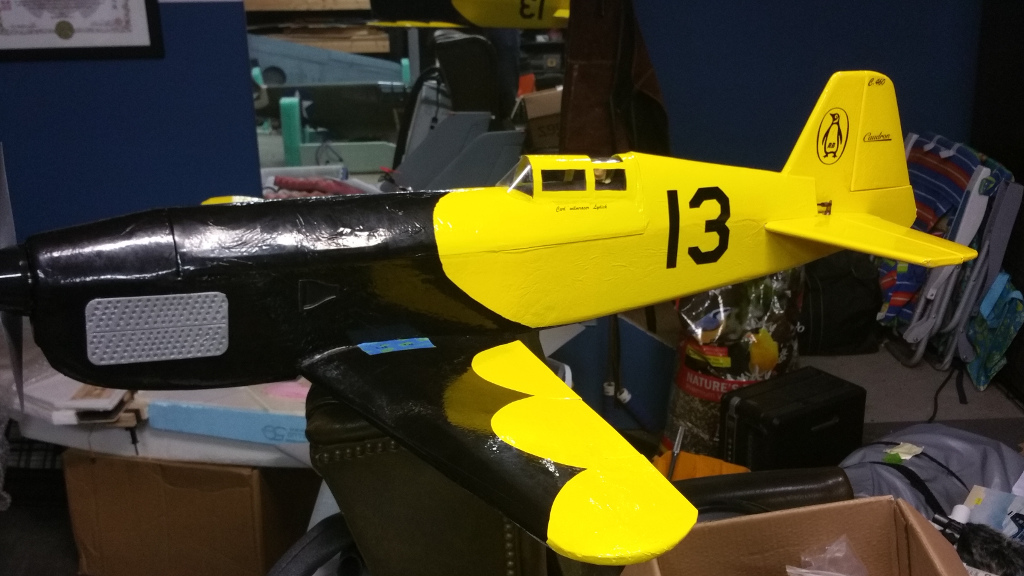 As a race style plane with relatively small wings, she needs a good push with the hand launch to get some airspeed up quickly. And watch those tailwind turns - she does dip a wing in a stall!

Build instructions are in the thread starting at Post #80 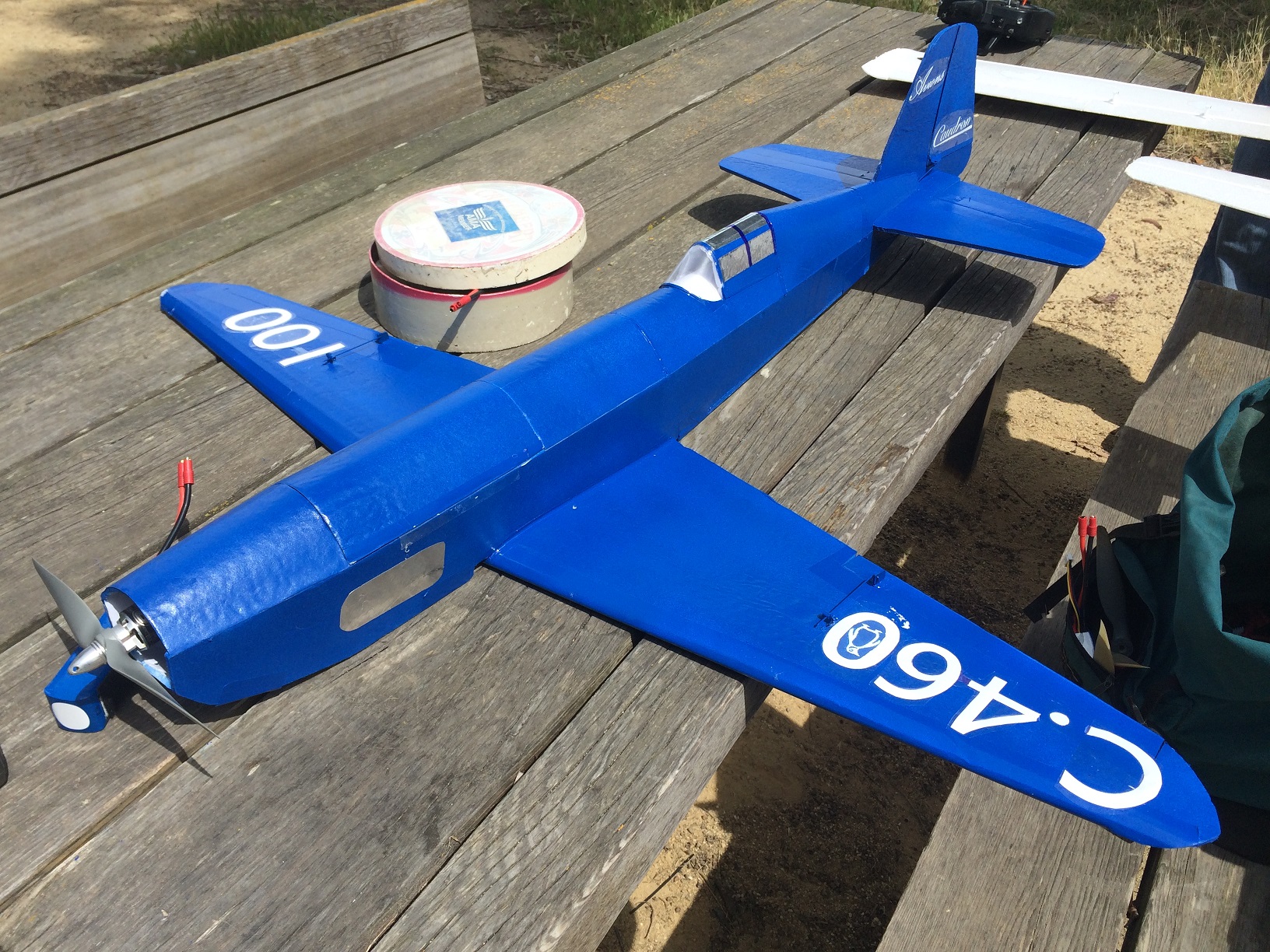 DammoRC went for the classic painted blue of the historical airframe.
Likes: Carlos Nevares, SquirrelTail, jpot1 and 4 others