Remember the Air Hogs Intruder toy airplanes that were sold in the early to mid-2000's? They came in two different colors on two different frequencies so you could fly them in pairs. Want to relive those early (for you) days of RC flight with your kids? Now you can! They are easy to make and fun to fly. They use the FT EZ pack 2 channel available in the FT store. There are four versions. A purple/yellow version, and a yellow/red version for the intruder. There is also a black/burgundy version, and a green/purple version for the Resistor which came out later. They are formatted to fit on letter-size paper in an eight paged PDF. Remember to swap and flip the propellers for this tractor aircraft. Thanks to Dan Sponholz for the plans for these EZ look-a-likes which were used in creating the skins. 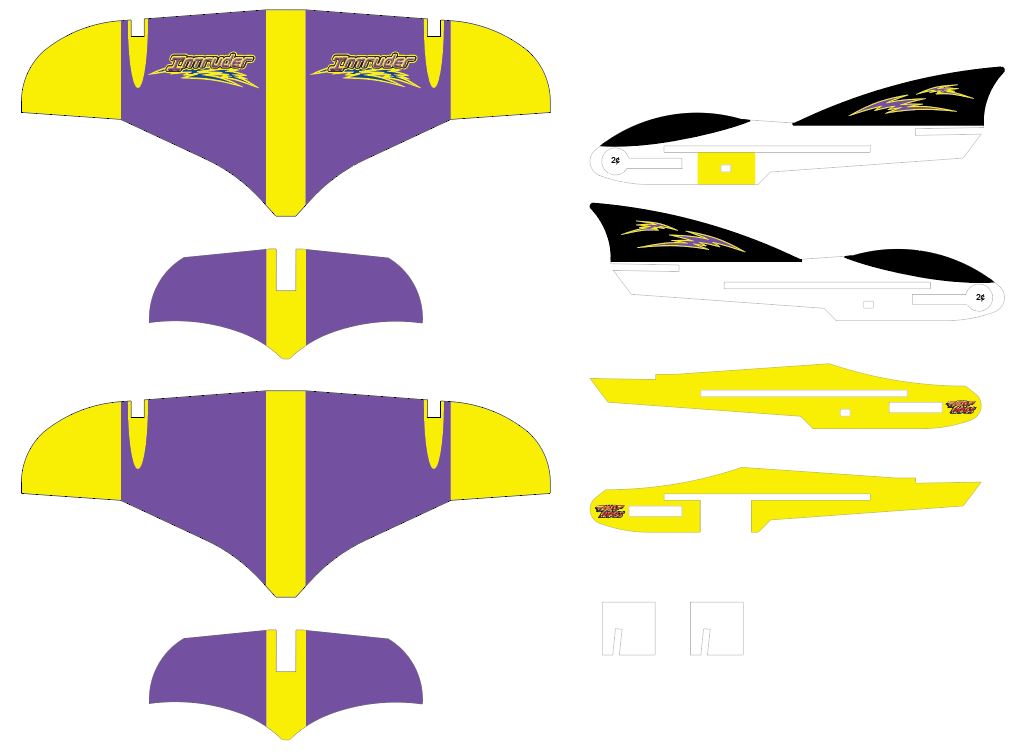 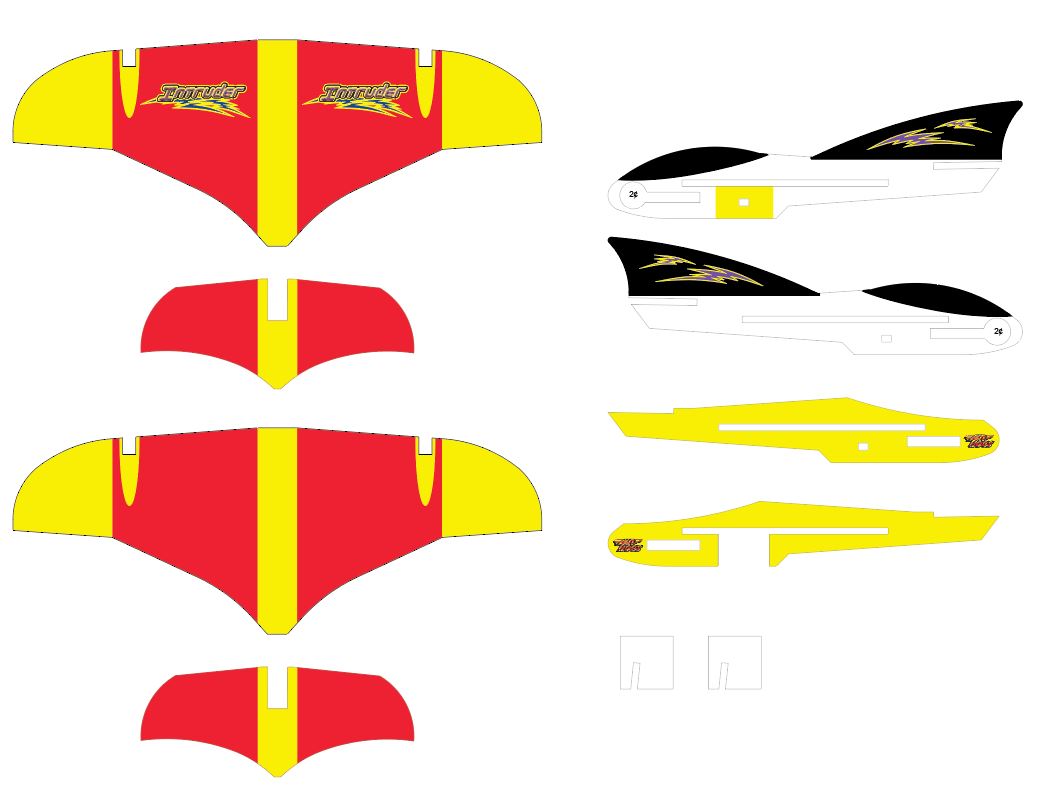 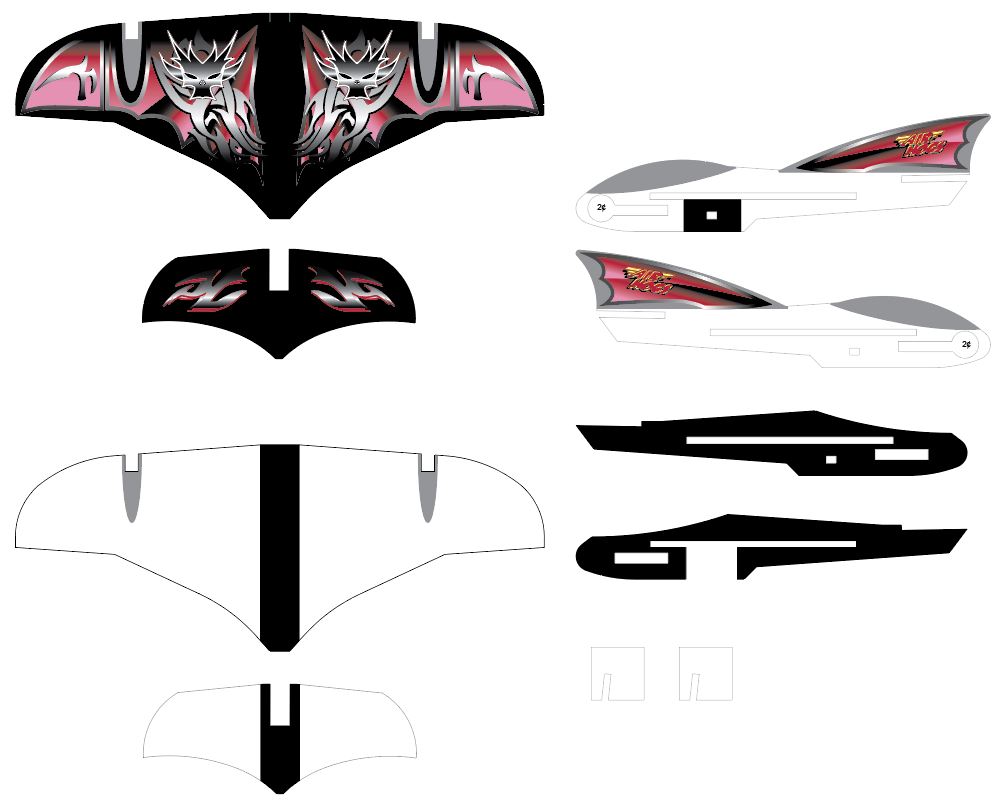 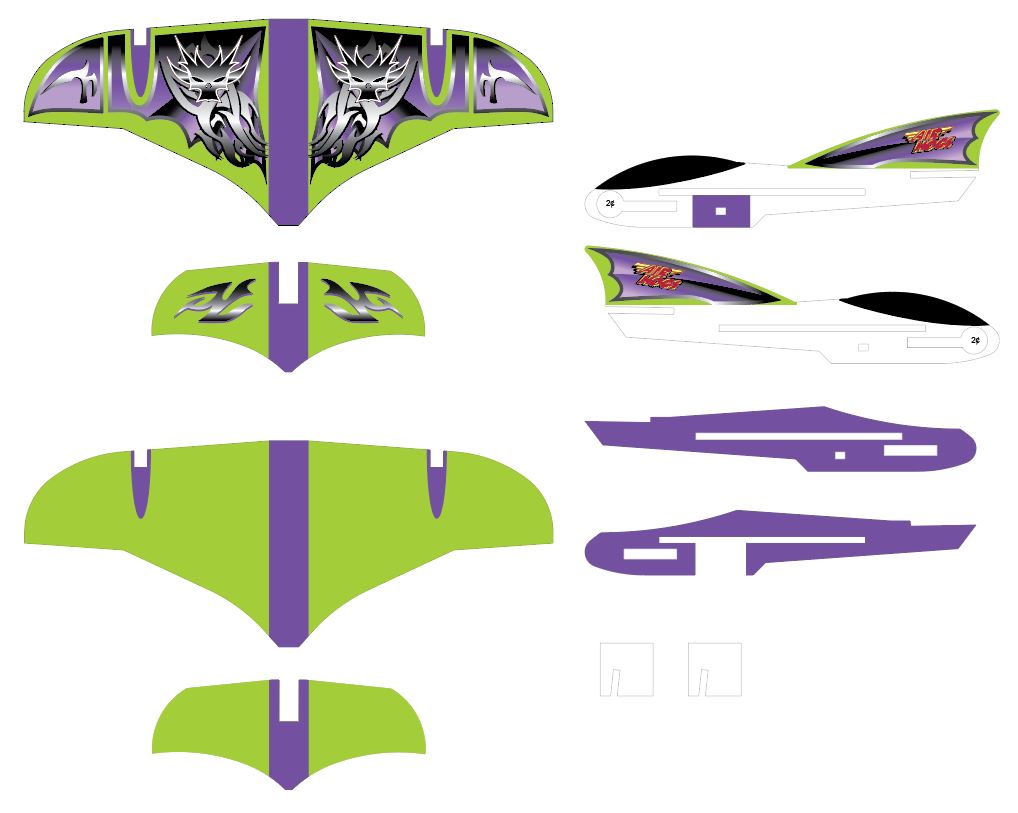 It is a pleasure to see the results of the hard work by Steve.

Rasterize
Thanks for the kind words sir.
Thank you so much for adding this extra level of detail to my EZ Intruder design. Excellent work as always. Very much appreciate you and all your efforts. Rasterize FTW!

Rasterize
And thank you for the plans my friend. Always love doing colabs with you.
Read more…
Menu
Log in
Register