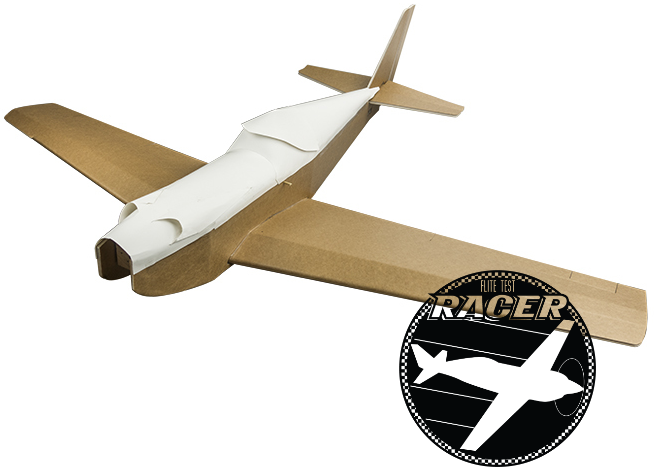 The Flite Test Racer is inspired by modern day air racers and has a lot of the same characteristics as the planes it was designed after. This plane is a fast, crisp, precise and locked in machine that cuts through the air like an arrow. Though the FT Racer is very quick, it also has a very wide speed envelope, it tracks very well, and would be a great introduction to sport pattern flying and aerobatics.​
The FT-Racer is designed for speed , just like the​
modified P-51 “Precious Metal” and the Nemesis​
which it is based on. Like most things here at​
Flite Test, the FT-Racer actually ended up with its​
wonderful flight characteristics, mostly due to a​
mixture of gut feeling and luck.​
​
The FT-Racer was inspired by the FT-Spitfire plans.​
I simply started making various changes until it​
started to take shape. The fuselage was widened,​
the nose tapered and the tail replaced by a new​
straight line design. The Spitfire wing shape was discarded and replaced by​
a new tapered, slimmed down wing with added dihedral.​
​
The flying characteristics were so much better than I had anticipated! The FT Racer​
is a fast, crisp, precise and locked in machine that cuts through the air​
like an arrow. It is capable of aerobatics but without a doubt, its strength is​
the feeling that you’re directly connected to it. This makes it easy to do crazy​
low passes and wide, high G force bank turns. Thanks to its tapered wing​
and under-cambered tips, the stall characteristics are gentle and predictable​
making landings easy and stress free.​
​
I hope you will enjoy the FT-Racer’s graceful lines, wide speed envelope​
and locked in feeling as much as I do. Thank you for being awesome and​
supporting us, so we can do crazy stuff like this.​
​
- David Windestål​ 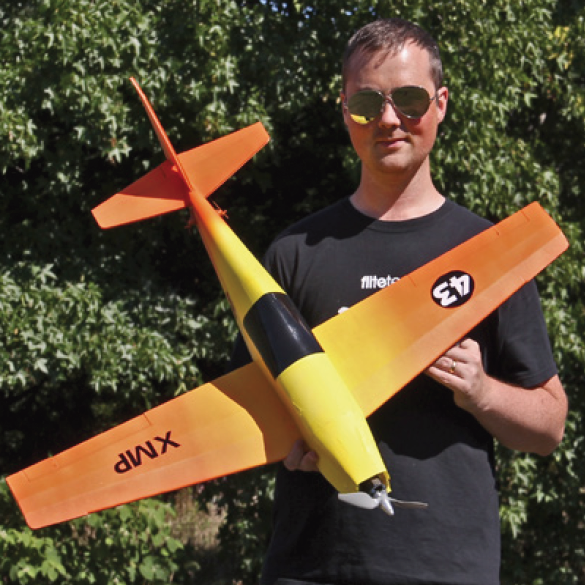