#1
I originally wanted to be a part of the winter build, but got a late start so here goes.
I picked the Mountain Models ( http://www.mountainmodels.com/index.php)
Tom-E-Boy 150 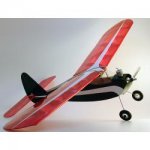 ( http://www.mountainmodels.com/product_info.php?products_id=715 ) after many, many, did I mention many messages with Turbo Joe and Joker 53150. A big thank you to them for their patience. My main considerations were, rookie pilot, easy to build, learn new skills, old school look, and be park flyerish size.
I received, (although a little late), the kit and it was well packaged and not damaged.

The plans are included and very easy to read. If you want to follow along, which I hope you will, and want to give advice, guide, your own two cents, all of which are highly requested. Or you can just laugh which isnt requested but expected. The manual can be down loaded here. ( http://www.mountainmodels.com/product_info.php?products_id=715 ).
I first opened and inspected all the wood which appeared to be in tack and accounted for.

I then began to sand the back of the parts removing scorch marks and thinning a bit according to the manual using 320 grit. (ok guys my first balsa dust insert comment here, so magical!).

I removed the first pieces and checked for fit. Let me say that the parts remove effortlessly and makes sanding a bit challenging at times, but nice laser work by MM. I glued the main wing spars together. I laid out the plans (a copy, maybe my first balsa but not my first plane!), and began to pin, fit in ribs and finally did all the alignment.
Then the moment of truth, how will be do with the CA, too much? too little? ... I think I did ok with all the joints.

A couple of spots got away from me, but hey I'm learning.
So at this point I just completed Step 5 if your following along in the manual. I will post more as I get it done. I hope that you will consider subscribing to the thread and help me along and thanks for reading so far!

#2
Thanks for the PM heads up on your build thread. You're doing a fantastic job! Haven't flown mine (or anything else) in quite a while but I just pulled my Tom-E-Boy 150 out and put it where I can't miss it. If weather cooperates this weekend I may get her out to blow the dust off. You are really going to love this bird. Keep her light and make sure the CG is spot on and she's pure magic in the air.

Mentor
#3
Glad to see another budding balsa builder join this section of the forums!

Mentor
#4
Nice to see you pulled the trigger on the build, welcome to the fun!
J

Mentor
#5
Not too late to join in the build along. I'm pretty sure none of us have reached completion so far.

Good choice for a first balsa try, that plane looks like it would fly great no matter what.

Mentor
#6
You build-thread has been added to the Build-Along list!

Staff member
Moderator
Mentor
#7
TTF said:
I originally wanted to be a part of the winter build, but got a late start so here goes.
Click to expand...
Ignore the weather outside, it's still winter

#8
I don't remember if I passed this along to you or not but here is the link to my Tom-E-Boy 150 build thread on WattFlyer.LINK
Can't believe that was over two years ago! It really was a fun (but short) build. It goes together crazy fast.

#9
Well here's the only downside to the Tom-E-Boy. I got mine out last night. Did a thorough pre-flight to make sure everything was still tight and straight after not having been flown in many many months. Everything was good so I charged up a bunch of 2S 300mah packs from my micro helis in anticipation of flying the wings off her today. Hmm, 5 mph steady with 17mph gusts are not conducive to safe flight for a 5.5 ounce airplane. From the looks of the trees in the backyard I think the wind is higher than the local weather station is reporting. Doesn't look much better for tomorrow either. A shame too because temp is in the low to mid 60's and not a cloud in the sky. Looks like I'll have to try next weekend.

Some don't mind flying in wind. It's not even close to enjoyable for me. Fighting the wind constantly makes it work, not fun.

Ok so here is the update, I have assembled all assemblies and we are currently on Step 33. The build goes rather quicly. I highly recommend doing the back sanding as the pieces almost jump right out of the frame (it happened and it did cause an issue. Only one piece had a major issue and that was in the wood as it cracked through the thickness. I have some questions about sanding of wing, nose and a big time whoops. I will be making three separate entries so that I each can get their necessary attention. Again, this is my first build so any advice would be greatly appreciated and needed!

So here it is just mocked up:

And in separate assemblies ( a good eye will catch the whoops):

What is the best way to sand the wing? I understand to go with the grain, but how do you get the contours? Grit? Plane? measure?

This is what the manual says:

This is on the plan:

Here is the actual leading edge:

and this the actual edge shown on the plans:

Any and all advice is appreciated and needed.

The nose section had a couple of issues.
Three pices stack on the nose. It has a hole in the center for a mocked up engine for ascetics. The center piece shift and was glued in place. I think I could sand the side and match it up to the other side?

Here is the front view of the nose:

The other issue is a piece that broke while being sanded. It was one of those that poped out while sanding and then cracked. My luck it was a part that needs to bend. I tried to fix it as best as I could, is there a better idea of what to do?

Again any and all advice is welcomed and needed.

#13
Ouch! The fuse is fragile and it looks like you found that out. A little balsa filler or lightweight spackle from Home Depot will hide the cracks. For sanding I use 2 long T bar sanders with 60 and 220 grit. The 60 grit to rip off the meat and the 220 for final smoothing. I also use a lot of emery board and the big foam fingernail sanding boards. You can get them in several grits and they work amazing. Don't try to sand it with just a piece of sandpaper in your hand. You'll have gouges all over it and likely break parts in the process.

Go slow and easy on the leading edge checking the contour constantly. It sounds harder than it is.

#14
The broken pieces in the nose are no big deal. Just make sure they're glued solid and sand to shape. maybe glue a piece of scrap to the back side for support. Balsa filler again will be your friend.

Shaping the cowl top/fake motor mount again is easier than it looks. Start with 60 grit to rough shape it then 220 grit to do the finish work. This is also an area where those foam nail boards work exceptionally well.

Let me see if I can find links for some of this stuff.

The short story, she fell and got impailed.

Here's the damage from outside:

and and angle view:

What I did was gently pushed as much back together again and used a little CA to mend it. Arounf the hole the wood has been pushed into its self. I worked it as much as possible and this was the best result. I did realize that the first build would result in my first big time repair of balsa. I'm disappointed but not discouraged, just more tools to add to the tool box. So far I enjoy working with balsa.
Any advise will be greatly appreciated and is needed! If you are reading just this entry I have made four others (at same time) so please read them as well adivse away!

#17
On that broken fuse side just squeeze everything together as well as you can with your fingers. Glue a piece of the thinnest scrap you have to the inside. Sand the outside smooth then fill to bad spots with filler then sand again. EVERYBODY that builds a kit damages something during a build. Don't let it get to you. It's all part of the fun.

Mentor
#18
If you're covering with an opaque film you'll never see the damage if you do like Joe says. I've got a couple balsa planes that were completely broken in half, and you can't tell by looking at the outsides.

#19
Thanks for the help Joe. I am currently getting an order together now for sand and filler, etc. Joker I plan on covering fuse in a dark color so it should cover. Im thinking ahead since I am putting an order together, cover iron and heat gun recommendations, or any thing else you think I will need? Thanks again

#20
Many years ago I had similar problems with my S-TEE which is a similar construct to what this thread is about. After a pit incident I had a hole punched in the fuselage side. Following the recommendations of others I cut the hole larger and rectangular in shape. Using a bit of scrap cut to the dimensions of the hole I glued in a patch and when the glue was dry I sanded it smooth and recovered it.

Many crashes later the patch was still effective and undisturbed.