I'm personally extremely proud of this design, especially the Mk2. To be honest, it's the fastest aircraft I've ever flown and it's probably beyond my skill level to fly. So I decided to share it with you guys, hopefully, some of you will have the skill that I don't.

Here's a video of me flying it: I've attached plans below if you're interested. 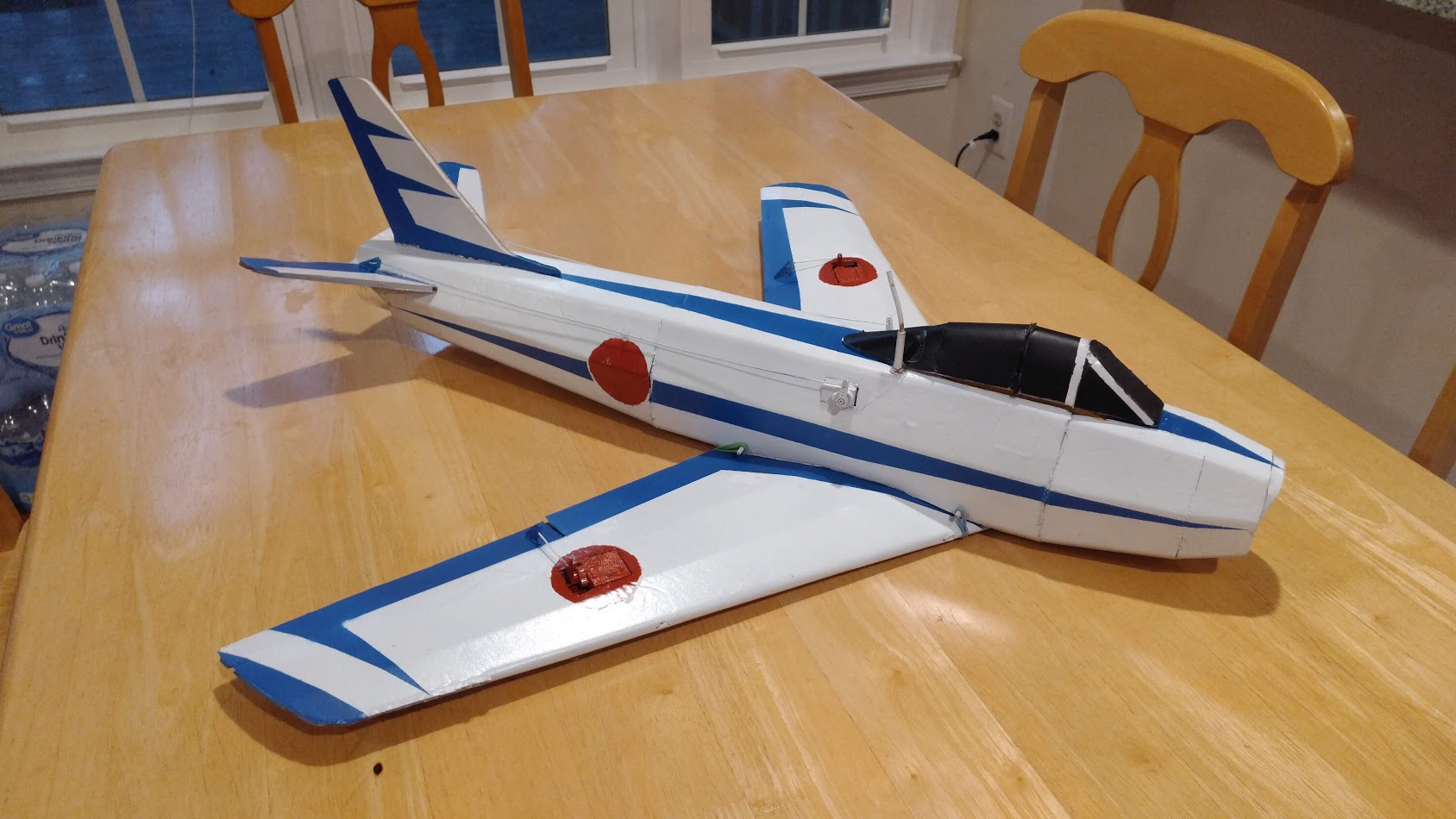 Details:
The wing is removable/held on with rubber bands. The aircraft is 3 channel, but I use 1 servo for each control surface.
So I CAD'd it up in Fusion 360, then laser cut everything on my school's laser cutter. As of now, it uses just over 2 sheets of foam board.
It weighs around 670g with the battery.

I also tried using a 3S EDF system, but I don't think it was powerful enough.

I haven't had the time to write up a super detailed build guide, but please let me know if you have any questions about the build process. I'll attach a bunch of pictures of the build process, as well as the plans below. 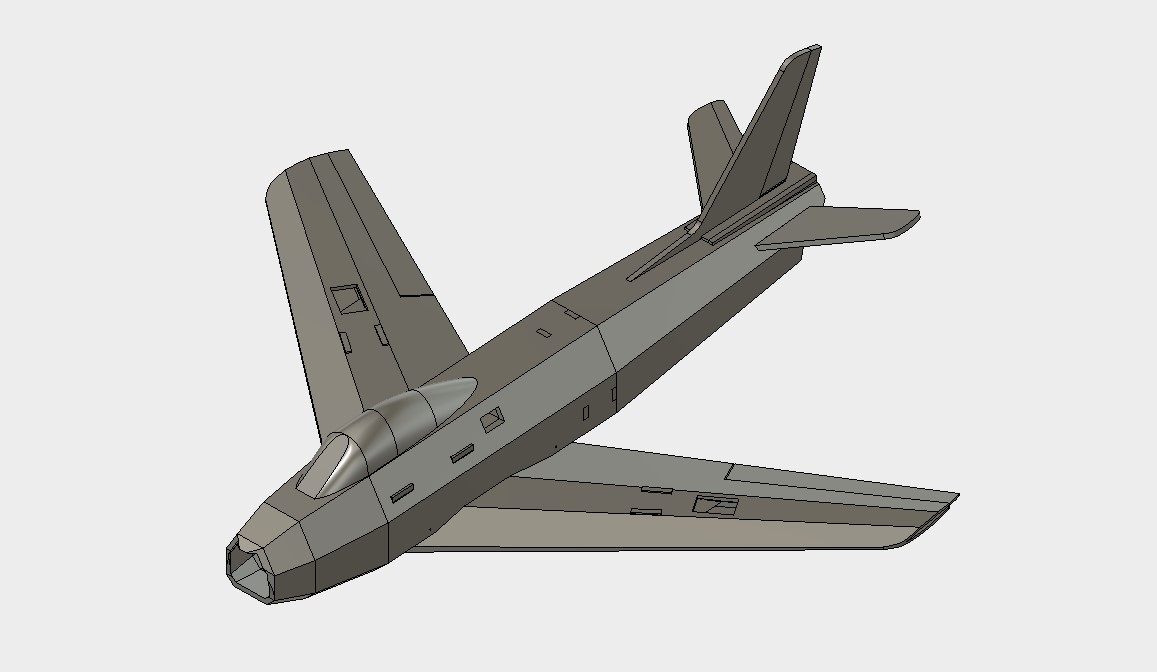 Thrust tube with a slot cut for wires. 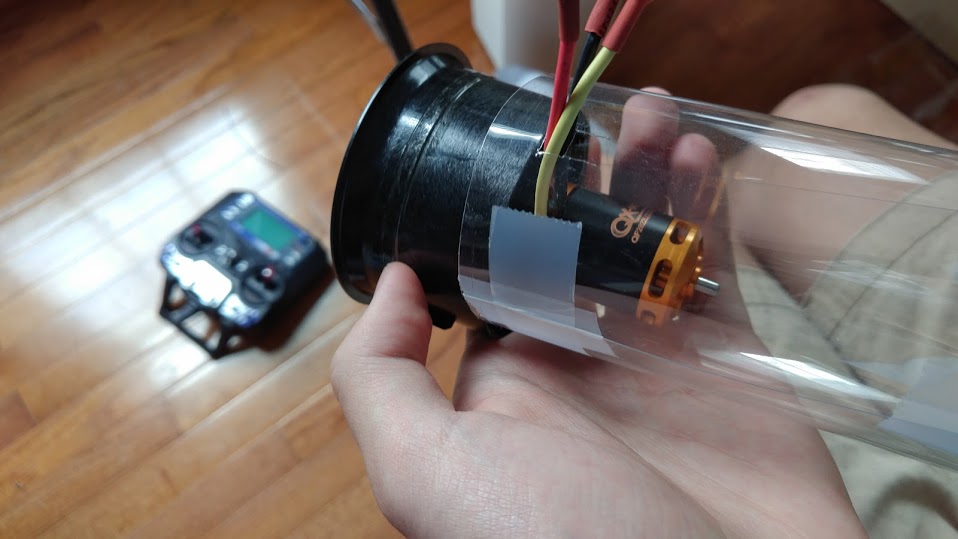 ESC glued down with servos. 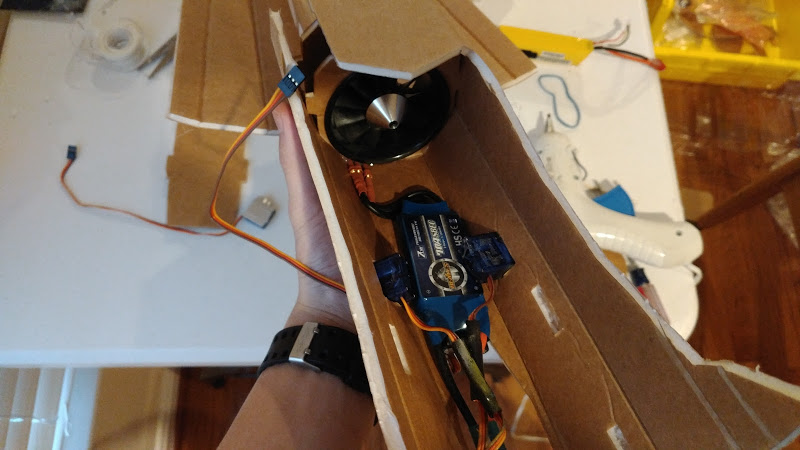 Use the EDF bulkheads as formers for the octagonal fuse. 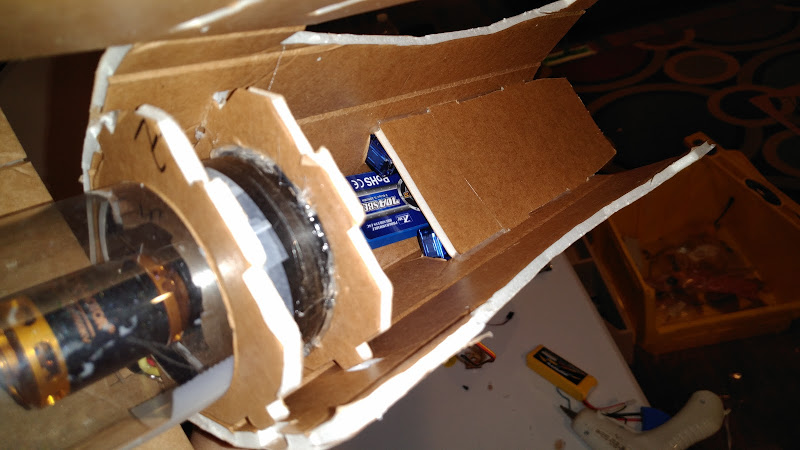 Wing before folding over: 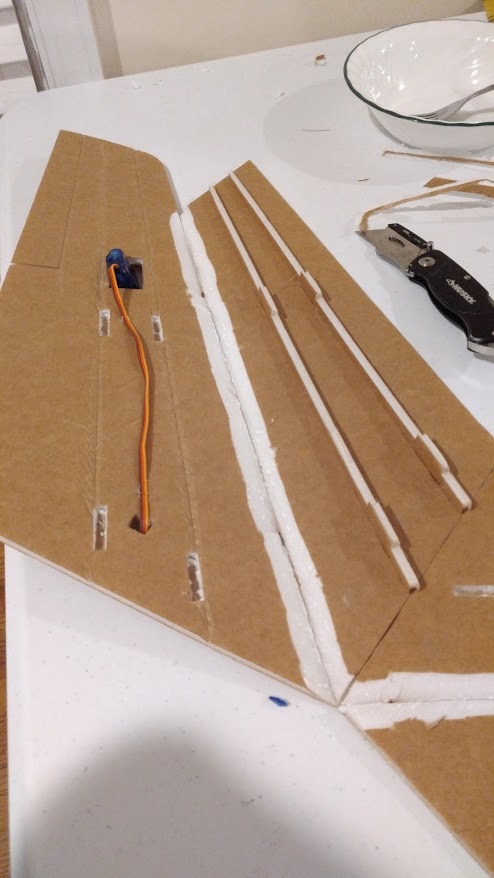 Side notes: I had already finished my design before I saw Zephyr's smaller design, and I envy his maneuverability. The paint job on my F86 is modeled after the F86-F40 in War Thunder/Japan's Blue Impulse Demo Team. I have been a Flite Test enthusiast for a while, but this is my first post.

I attached plans in DXF and PDF. Once again, let me know if you have any questions at all! I'd be happy to answer anything.