#1
Well its been raining here for near three weeks straight. I managed to get two sessions in between storms twice in tbat time.

The first time I went to the park and had issues with video skipping frames. The Runcam split I have got wet the morning I last flew it at flight fest. Since then it seems to have been degrading and started having random issues.

This last session yesterday gave the error that the card was full.
This could have been my own doing as I formatted the card in my computer last time I offloaded the video for the day.

Any way I was not able to access the menu to format it thru the split software. The power switch allowed me to get into the menus but the selector switch would not scroll the menu to make any changes.

I figured it was time to do some cleaning so today I tore the whole thing down.

Its all clean again, freshly sanded and painted edges to make it pretty again, and now sits nearly back together.

I have been flying tracks more then freestyle with it lately so I been trying to think of a way to get more then the 20-25 degree camera tilt the frame allows with the fat Runcam split lens.

I changed the camera mount around and dropped the camera in using only the back screw in the tilt slot. This allowed me to lower the camera body, slide the whole camera forwzrd, and get more tilt.
It also still managed to keep most of the camera protected in the frame. Now it has closer to 50 degree tilt. 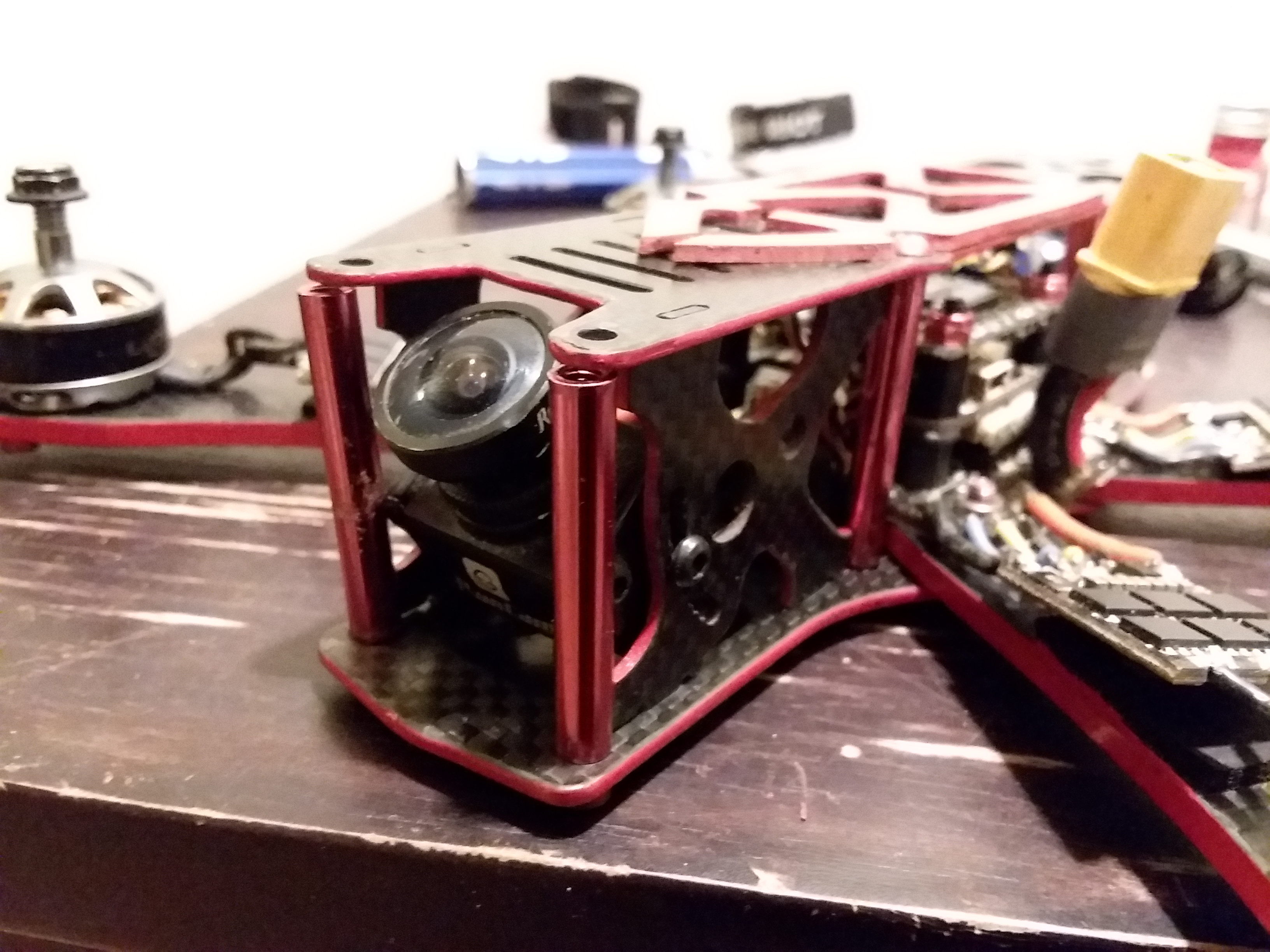 Hopefully I can get the top plate to line up and get mounted as it seems I have managed to bend several standoffs. I will replace them next prop order.

I also hope when I power it up again the cleaning brings the split back to life. Otherwise I will have to go back to the original hs1177.