Building the Balrog - 2kg/70oz biplane - out of foamboard (but also balsa and plywood ;) 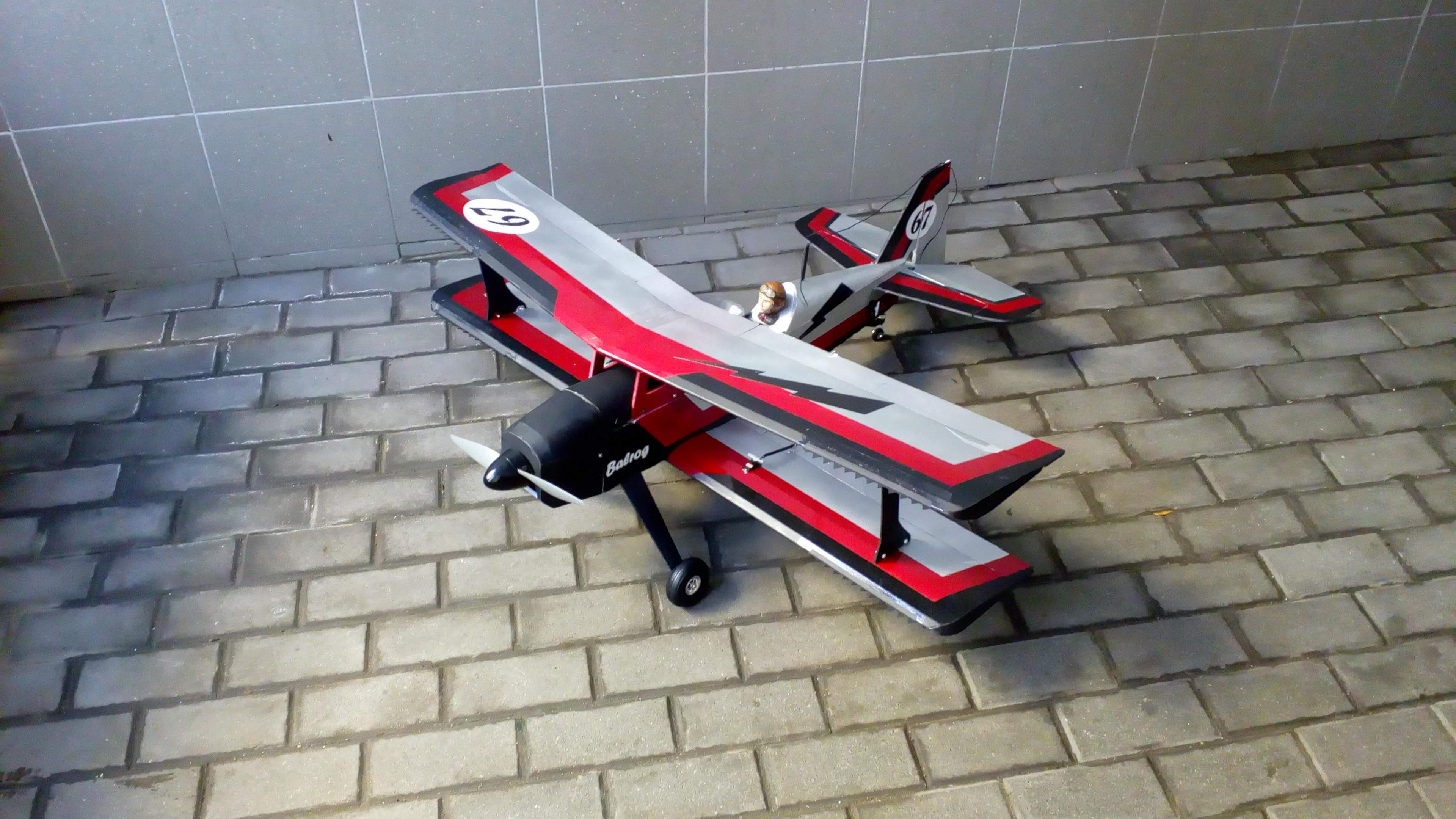 The goal of the project was to make use of a couple of old ~450W+ motors (Dualsky XM3548CA-5 850kV and Turnigy C3548 900kV) and four 4s 2300mAh LiFe battery packs that have been lying around idle for several years now. Since this stuff is pretty heavy, and since I like biplanes, it was an easy decision to build a biplane for a good lift/weight ratio, while trying to make it as aerobatic as possible.

With the local variety of foamboard also being somewhat on the heavier side the total flying weight of the plane turned out higher than I had hoped, but I guess this is par for the course for almost any design .

However, the wing loading still falls well within acceptable range for aerobatic performance, and the Balrog flies quite well. On the old and heavy LiFePo (those are made with the original A123 cells) it only draws ~28Amps with a 12x6 prop and is a bit sluggish, so let's just say it can be considered an advanced aileron trainer . Haven't tried it with a bigger prop yet, but my strong suspicion is the limitation is on the battery side.

But with 4s LiPos (I tested it with Turnigy 2200mAh 4s packs) it simply becomes a different beast, quick, agile, easy vertical climb (I was able to hover it for ~30s at approx. 80% throttle).

This video was filmed during the second flight, with LiFe batteries (I apologise for the horrendous quality, it was filmed with a phone and impossible to focus properly)

The initial flights required about 7% elevator up trim, the other trims were perfect at 0%. A very slight increase in side-thrust and decrease in downthrust, for perfectly straight tracking, is probably on the cards at some time, but not really an issue anyway.

A degree of adverse yaw in turns was experienced, making rudder input desirable to necessary. Should be fixed with programming in some aileron differential and maybe a slight CoG adjustment (which will likely also be needed for knife edge)

Tracking is very good both in normal and inverted flight

The only worrying issue is pretty heavy downward (away form cockpit) coupling in knife edge; there's some room to alleviate it by moving the battery (i.e. CoG) forward a centimeter or so, but ultimately some mixing and/or attentive flying in order to hold KE will be required.

#3
yep. gonna be trying to resolve this issue for sure, for some reason I personally find KE to be the most attractive way to fly an airplane
M