Can you hover a transport?---Yes ,if you remember the rule

#1
Now that I have the pilot or designer's attention, I would like to share with you the rule that even allows hovering of a transport.

In order to have a very stable aircraft, you must have full control of Yaw, Pitch, and Roll at all times. The worst case is where a plane is stationary(hover) and yet you must apply energy to control the three axis. Lack flow or no control(tv) and very quickly you lose stability.

If you notice in the video, I add a third rudder thinking it will help control, failure. What ever little flow came over the elevator, was not enough to hover!!! It was too far back. Of course the ailerons had plenty of flow.

Problem solving:
To get it to hover, the ailerons were fine in preventing the plane(vertical) to rolling.
To get the rudder to level the wings, I used the differential thrust method where it took programming to add or subtract thrust to the engines so now I have solved the yaw problem.
So, what to do for the pitch??
Can't direct flow to elevator(too far back) so I came up with one of my "old school" tricks I used on another design many years ago. 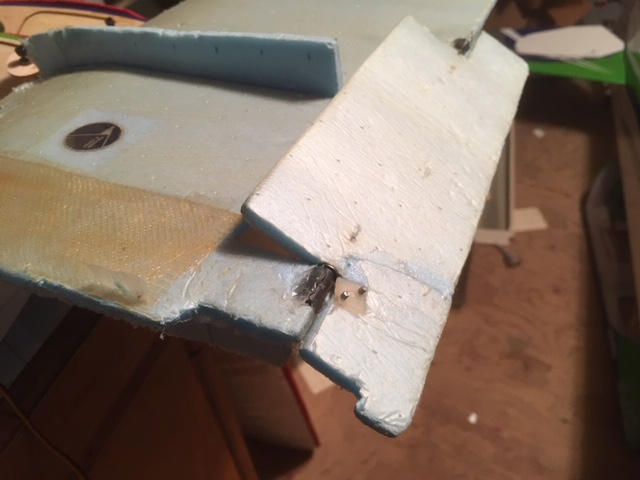 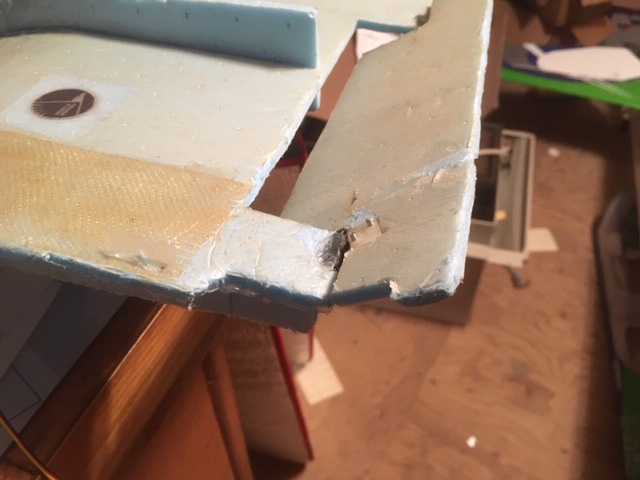 What I did is mount that device right behind the prop flow (2) on the trailing edge on the wing and to insure good flow mounted a fence.

If you look closely, you see a black tube right at the trailing edge which allows piviting and in essence, you now have a set of elevons. By splitting the elevon, it provides more flow for the turn or pitch.

Case solved!!!!
Now you can hover a transport as long as you have experience doing it.

#3
Grifflyer said:
That's really cool!!
Click to expand...
It is a simple rule and hope anybody that builds remembers it.

#4
These are my hovering champs. Both have full throws and 3D very well.