#1
So a while ago I built a 120% mini arrow, which is fairly close in size to the FT Spear. It's a great flying plane but as arrow owners would understand, there isn't a lot of strength in the pod keeping the two wing halves supported, and they tend to get a spongy feeling. I crashed recently and messed up the nose and electronics pod. I decided that as the spear is based off the arrow, I might put a spear fuselage with its great box spars and strong box in the arrow. I might move the pod back a little to allow more batteries/gear so I can make this more of a longer range fpv platform. This mod would probably work fine with the normal sized arrow, just make sure the fuse is deep enough for the batteries you want to install. 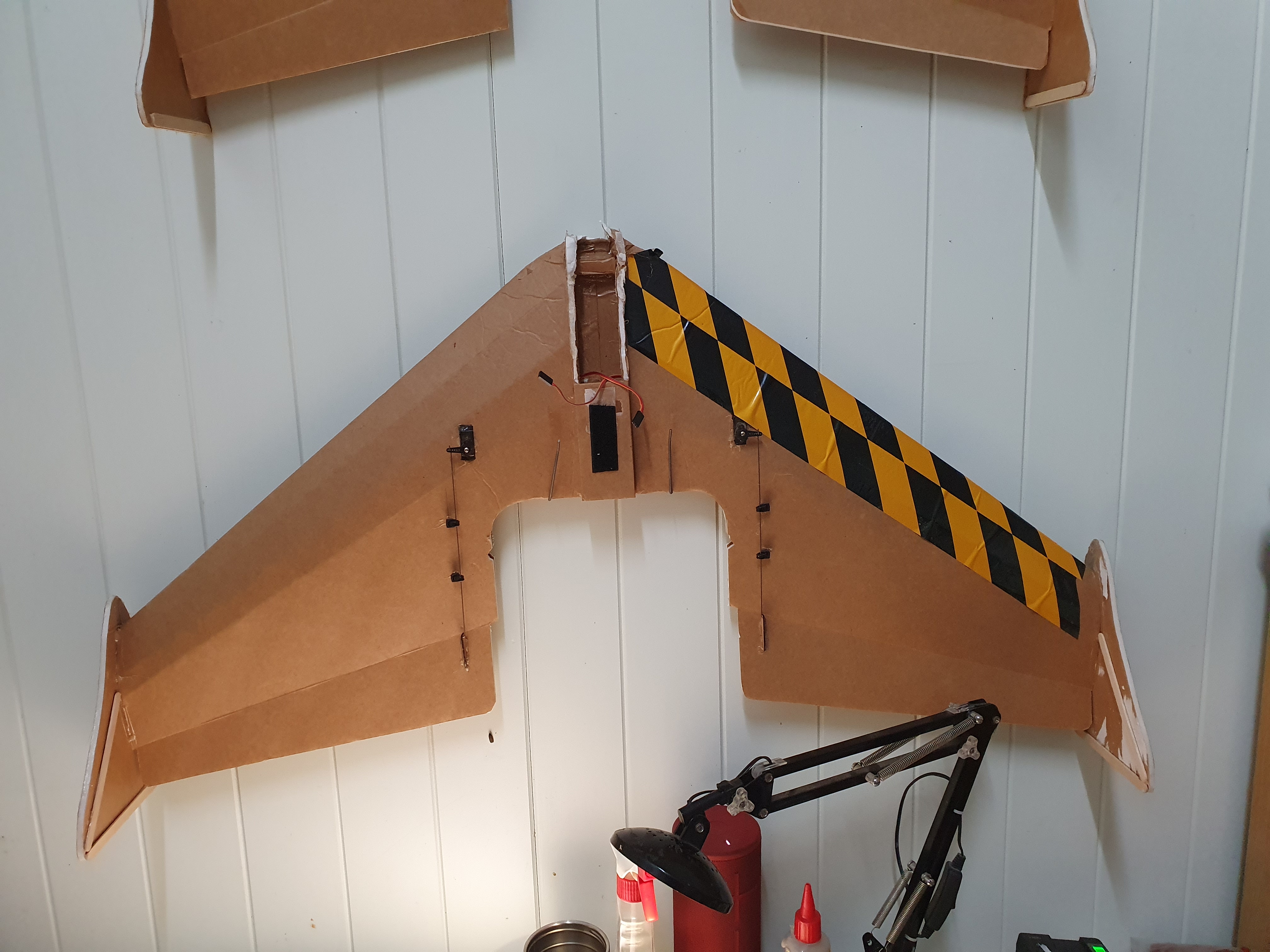 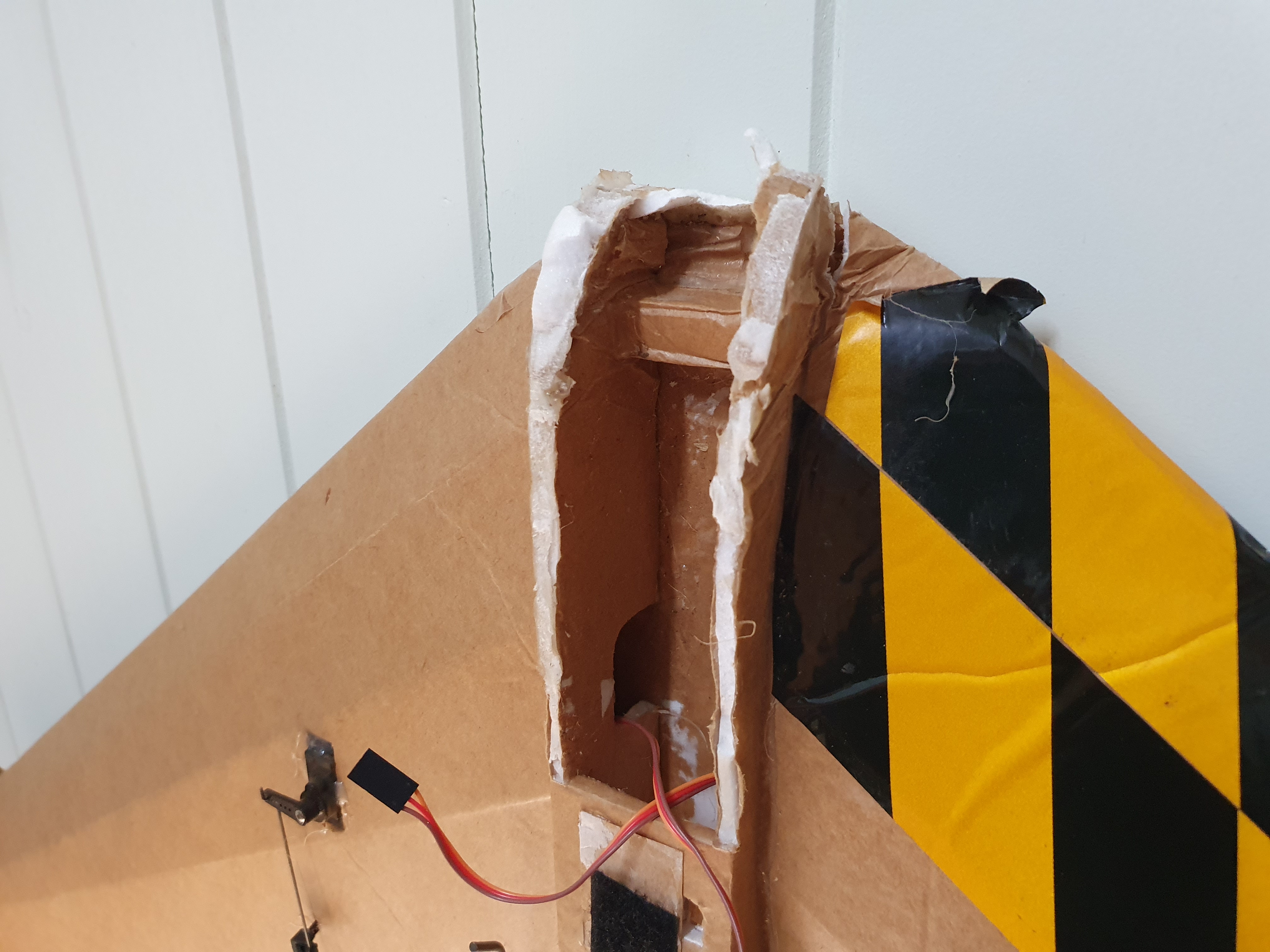 #2
All parts plans printed off and cut out. I printed the plans at 85% as it is close to the depth of the existing pod. In hindsight I should have matched the width of the pod to the width of the prop cutout at the back but I can fill the gaps with foam. 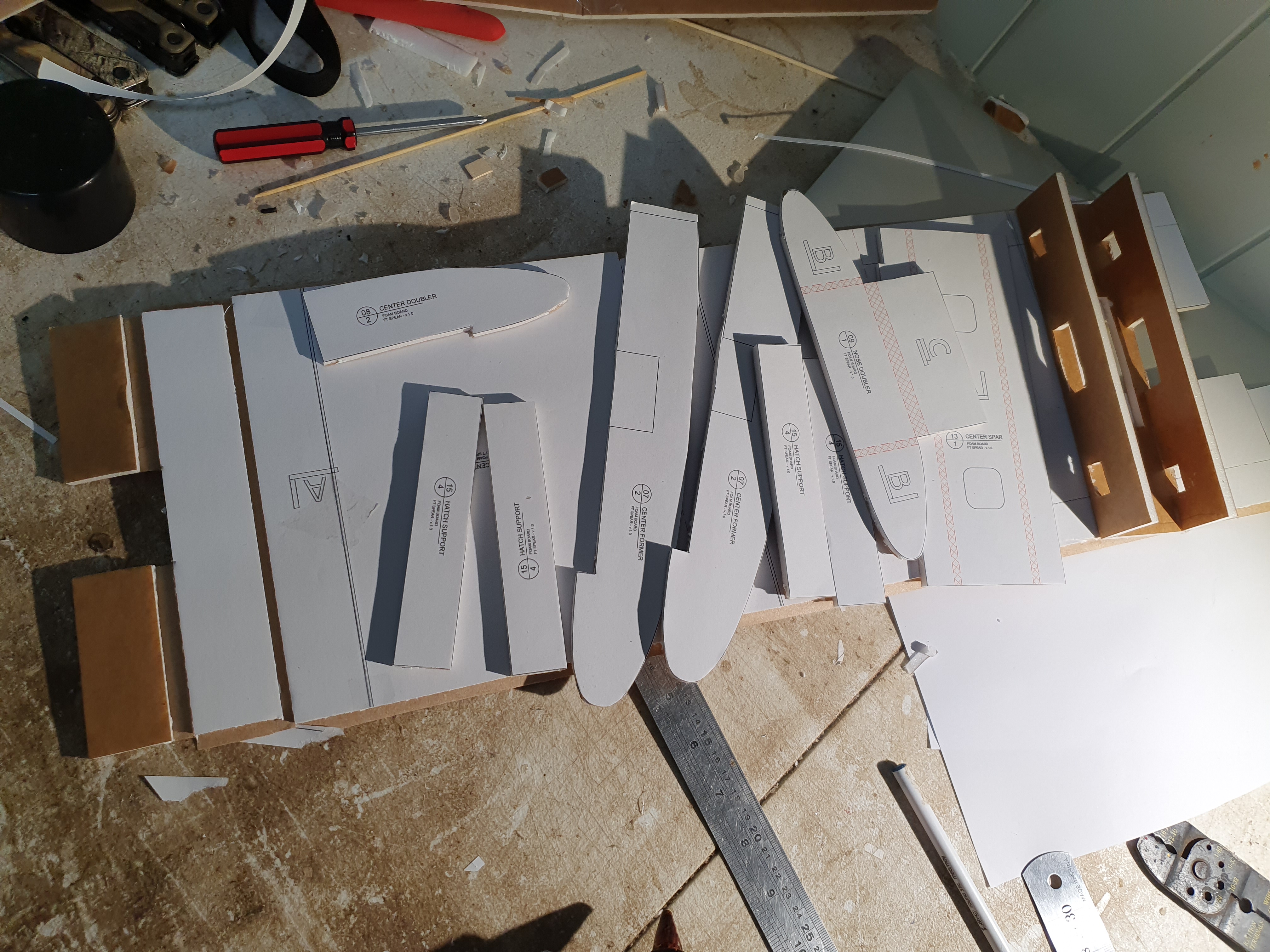 #3
This will be a great project! I can't to see how it turns out!!
Do you plan on adding a paint scheme once you finish the modifications?

#4
Grifflyer said:
This will be a great project! I can't to see how it turns out!!
Do you plan on adding a paint scheme once you finish the modifications?
Click to expand...
Yes, I think it deserves a paint job after what I put it through haha. Not sure of a scheme yet but I might experiment with stencil patterns like flite test did with theirs

#5
Let the teardown begin! Removing the old pod proved fairly easy. Cut the nose flat like the spear and I'm ready to begin the rebuild. I also added the tape across the back like the spear for added support 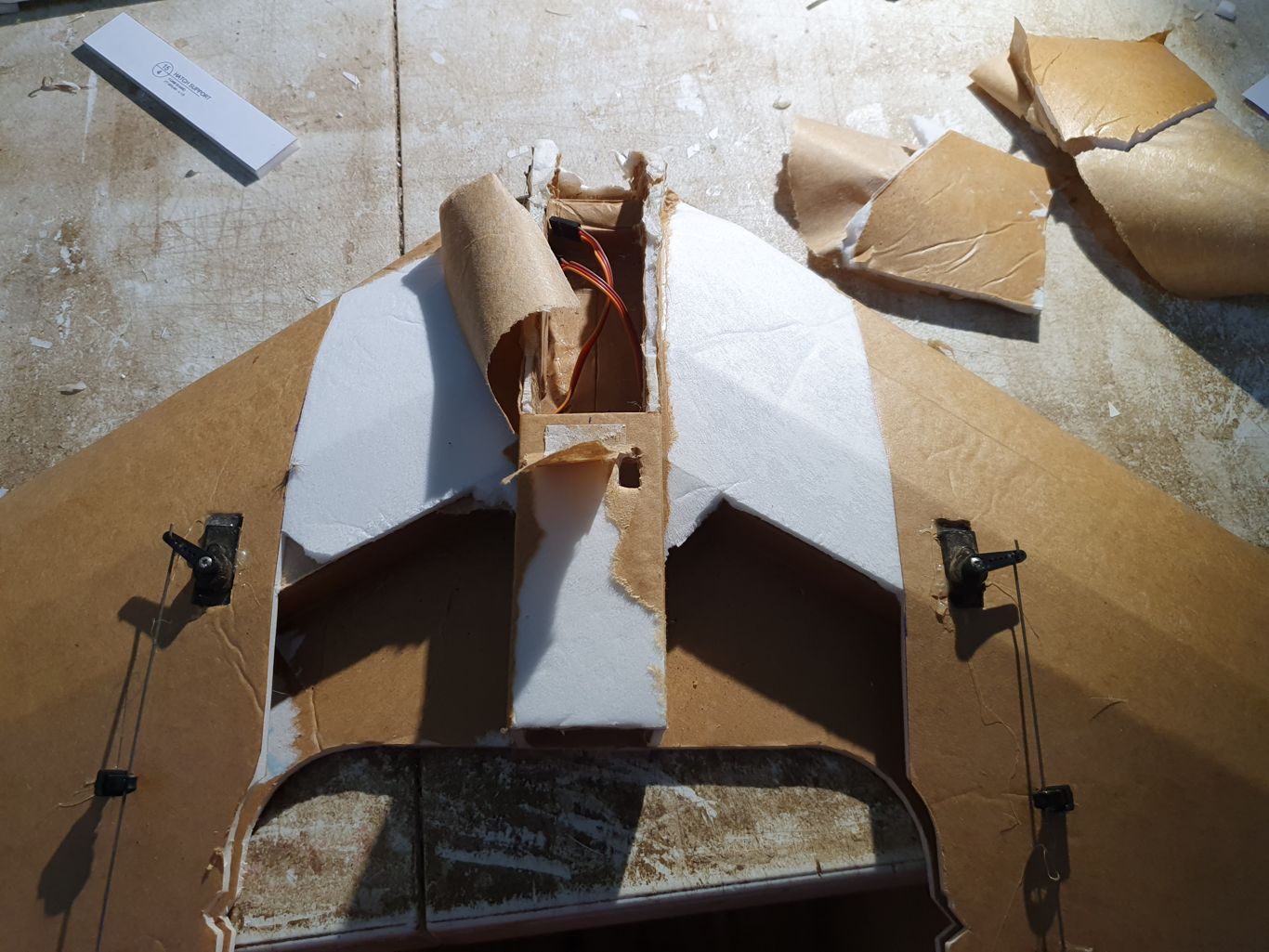 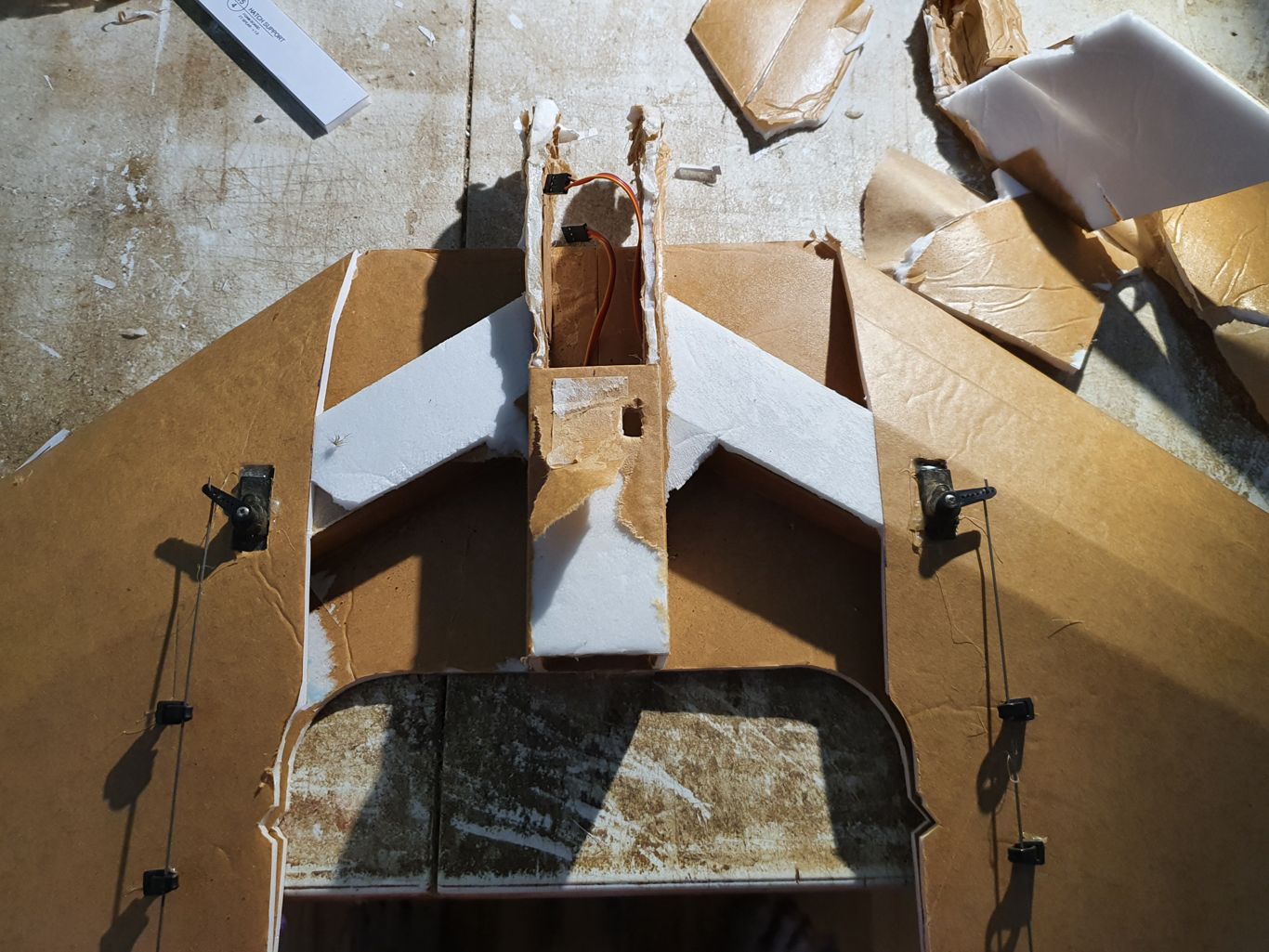 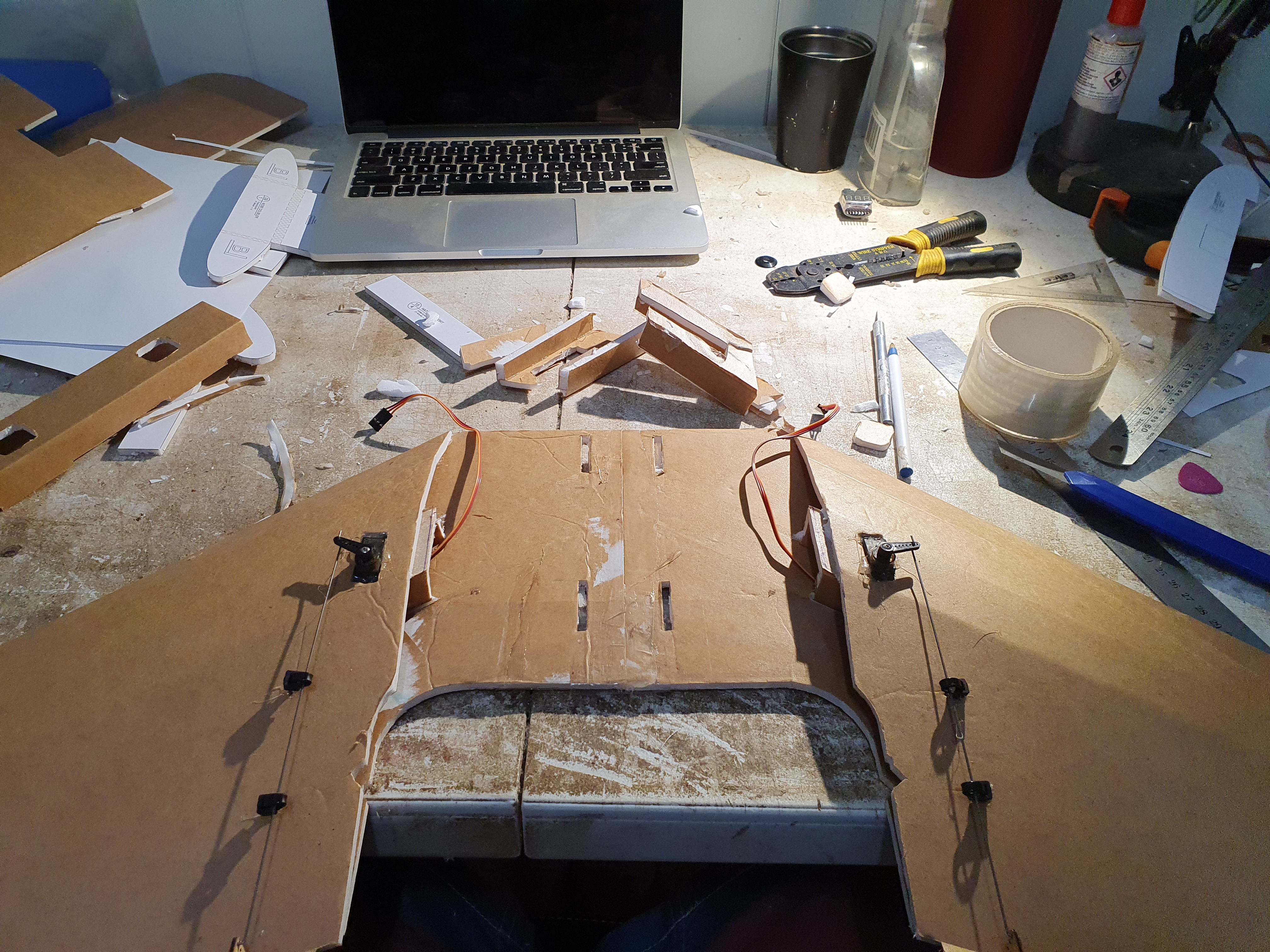 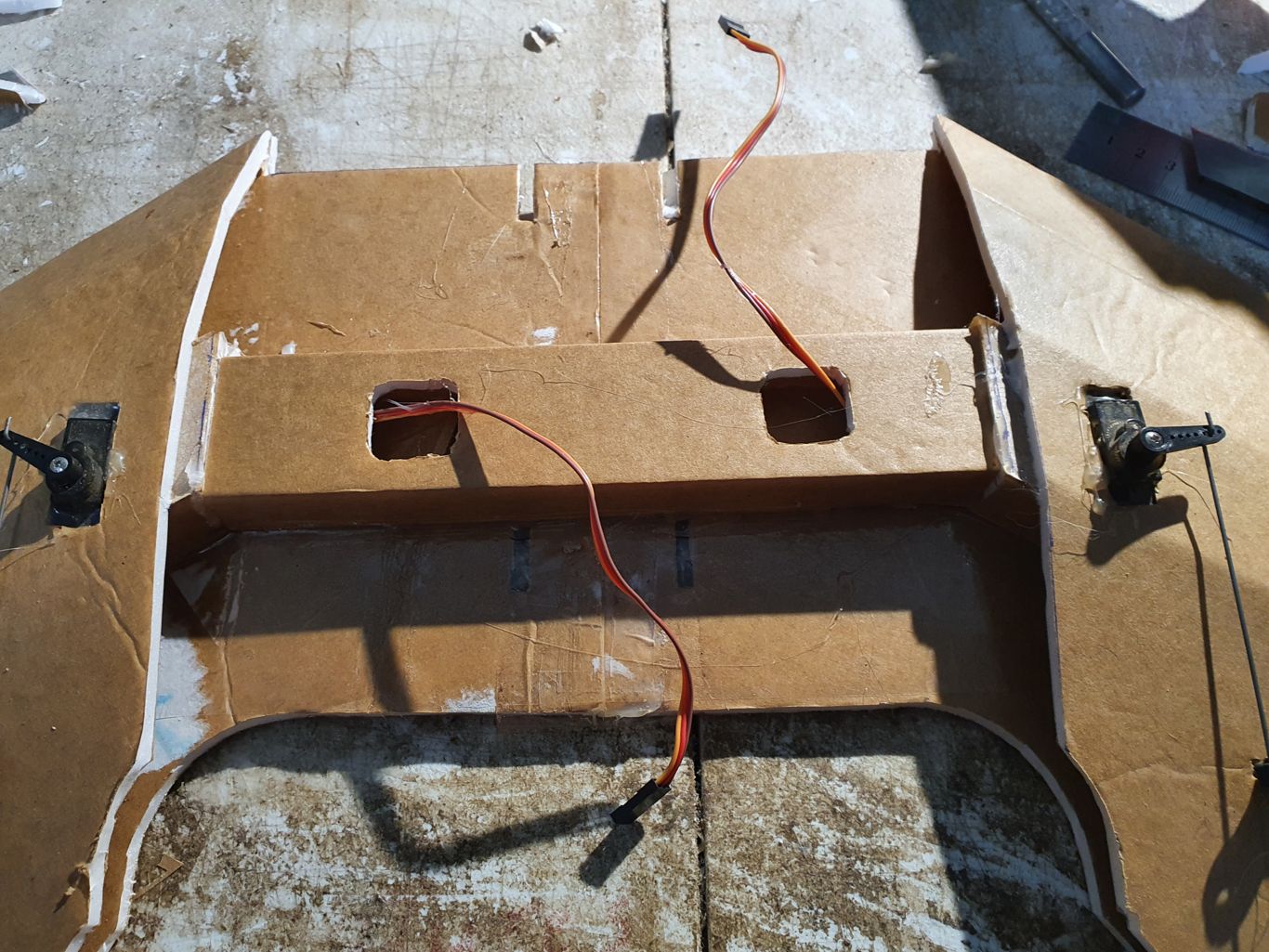 #7
Formers in. It's really starting to look like a spear now. Not bad progress for one night I think. 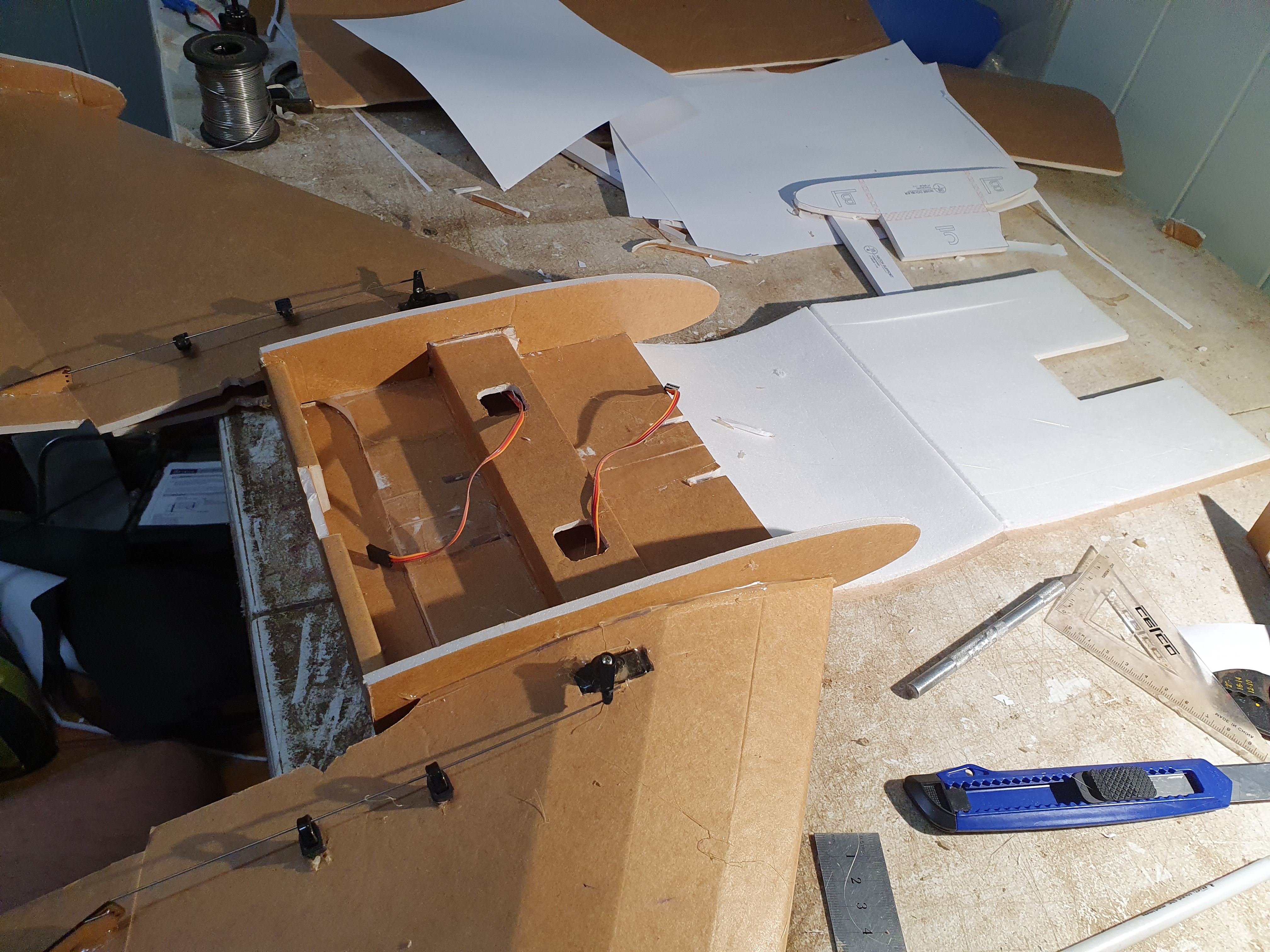 #9
Like what you're doing as I had similar problems. Your's will fly great
Here is what I am doing for similar reasons. There should be another hole in sides but I don't use that feature. It is enlarged 2" to fit larger battery.
Fly safe..

#10
Strong box and fpv pod installed. Added some popsicle sticks for added strength on the bottom 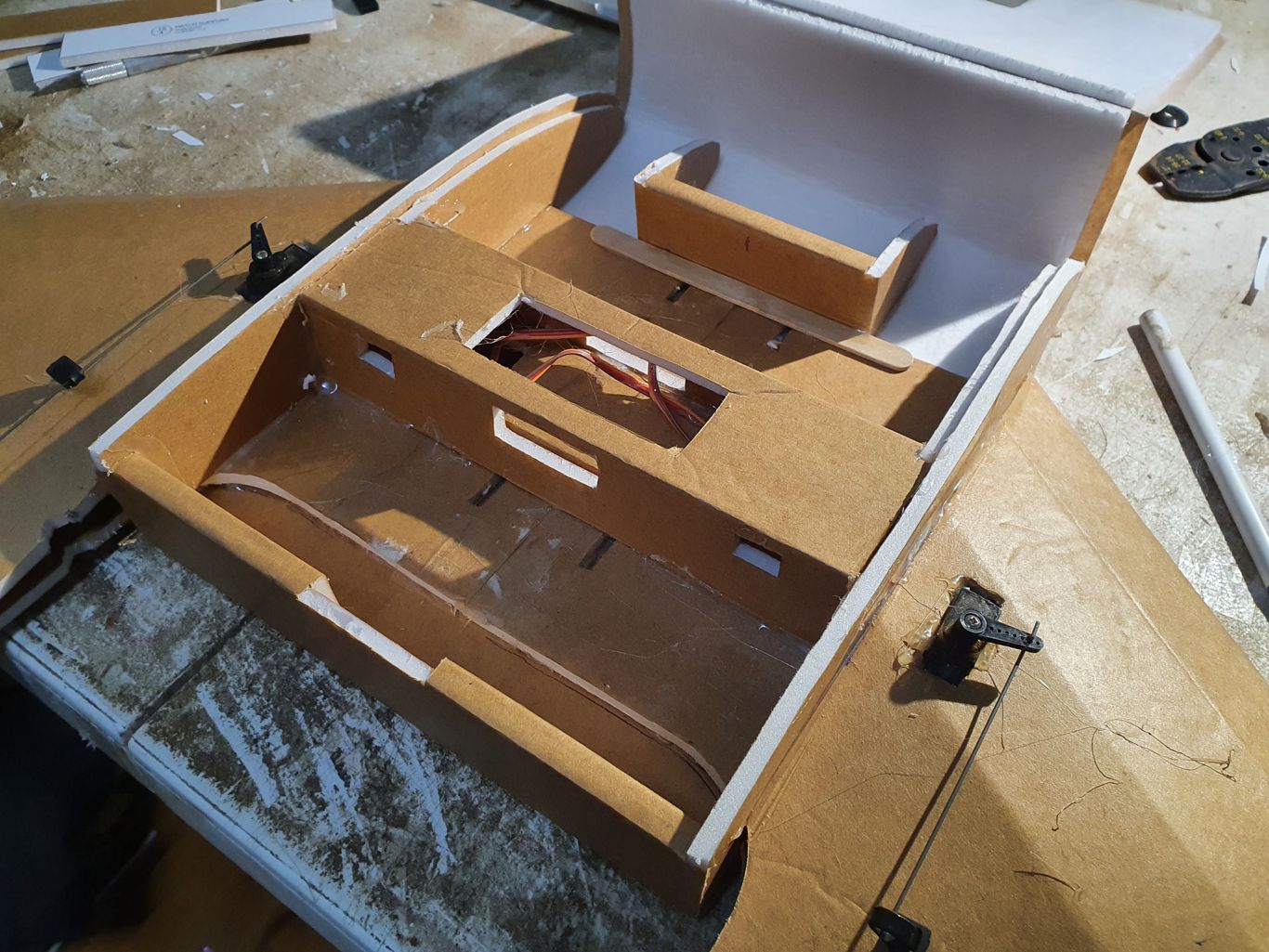 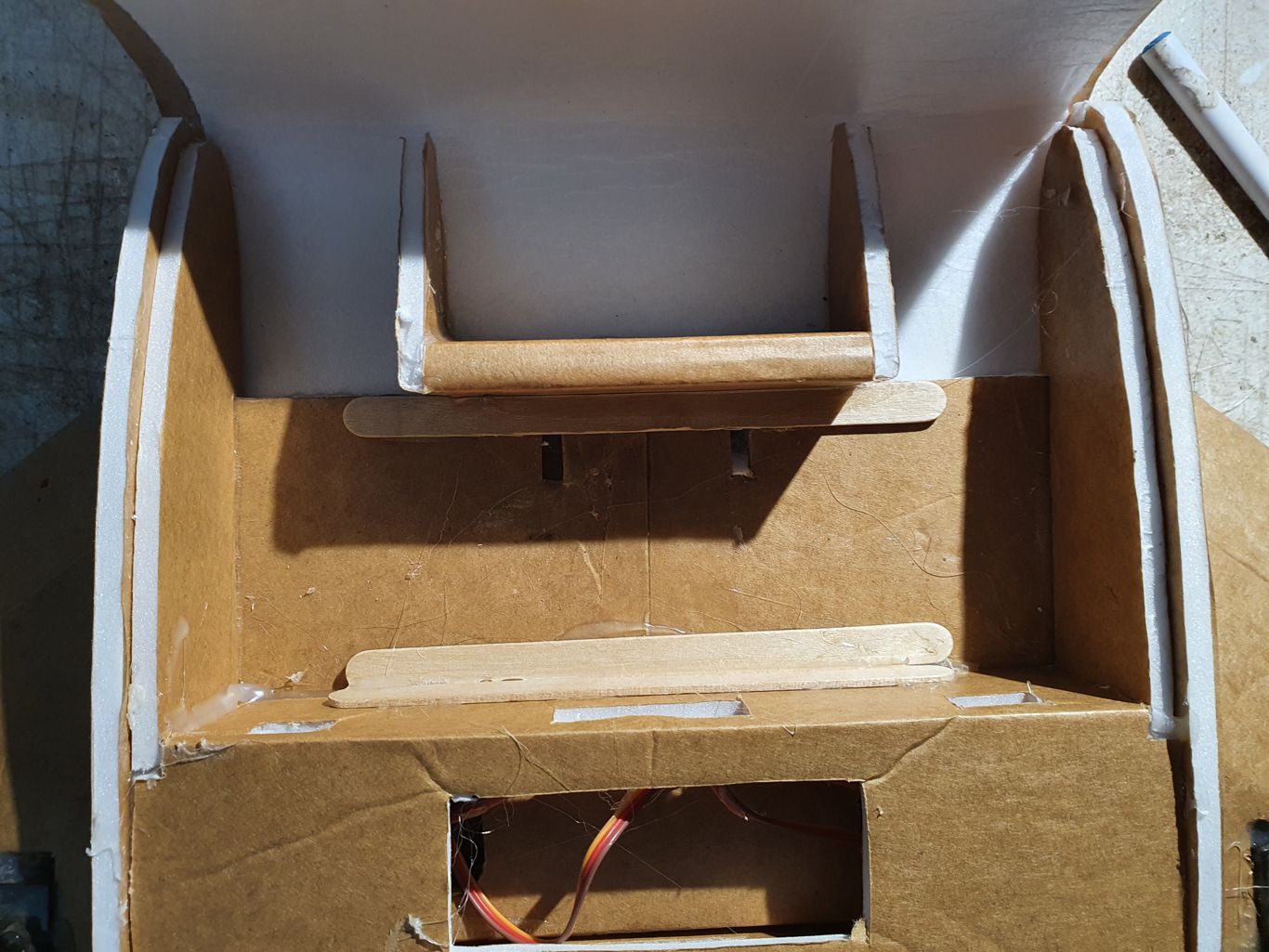 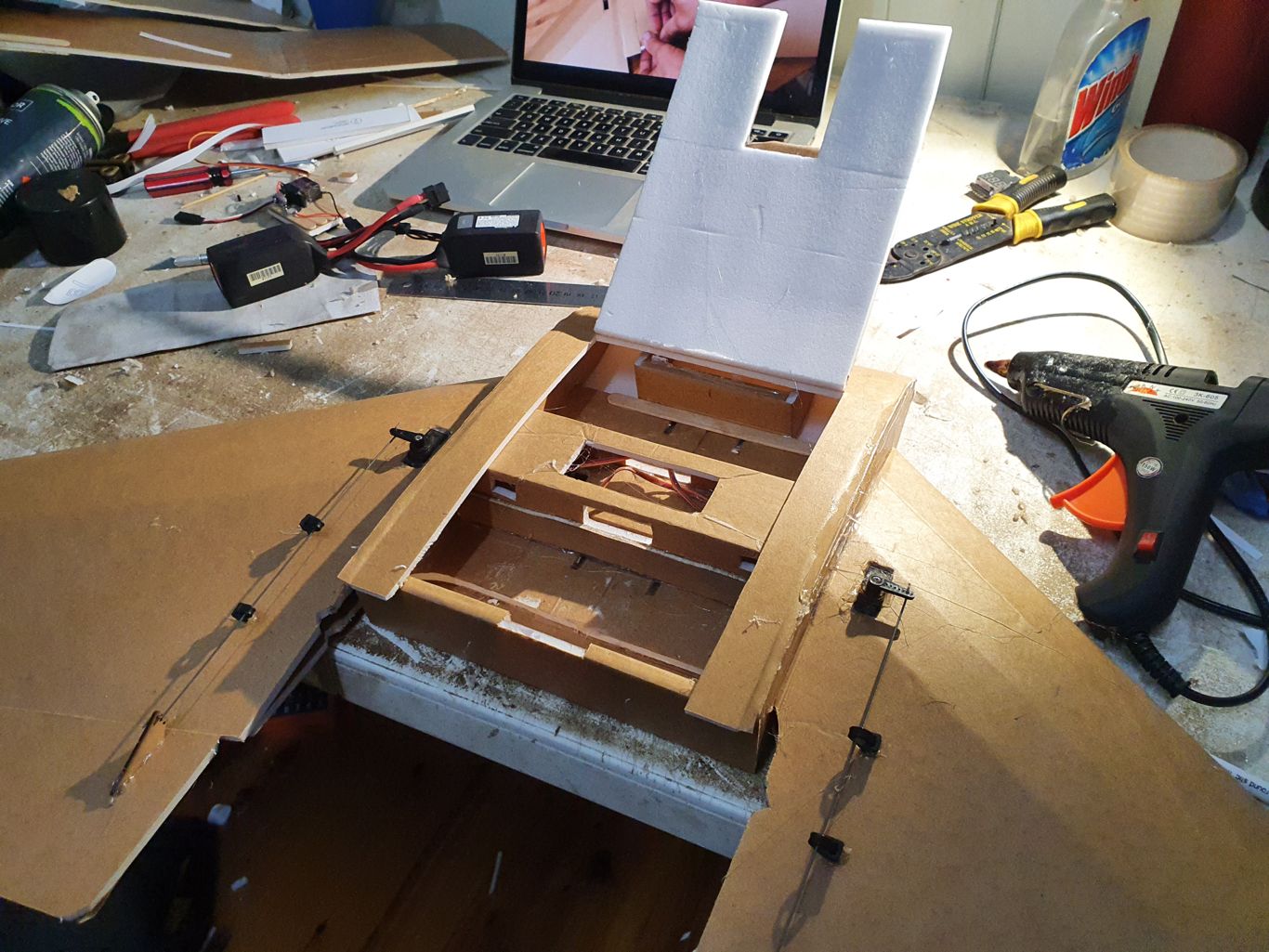 #12
Just about done. Balanced with two 1300mah 4s lipos but I'm probably going to use a 3s to reduce current draw. Just need hatch pins and some tape reinforcement on the underside of the lid, then it's off to maiden (going to cut out the fpv pod later 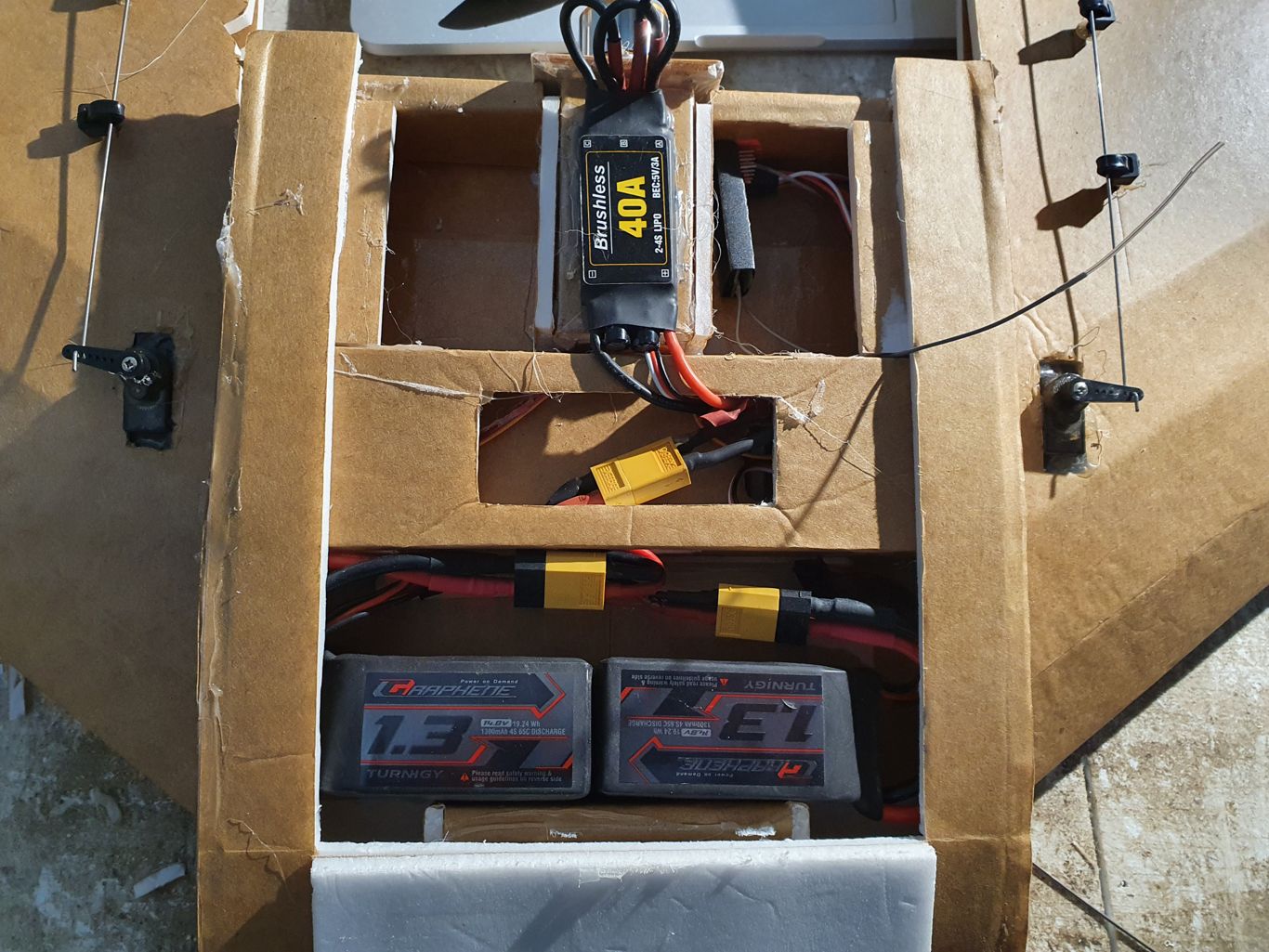 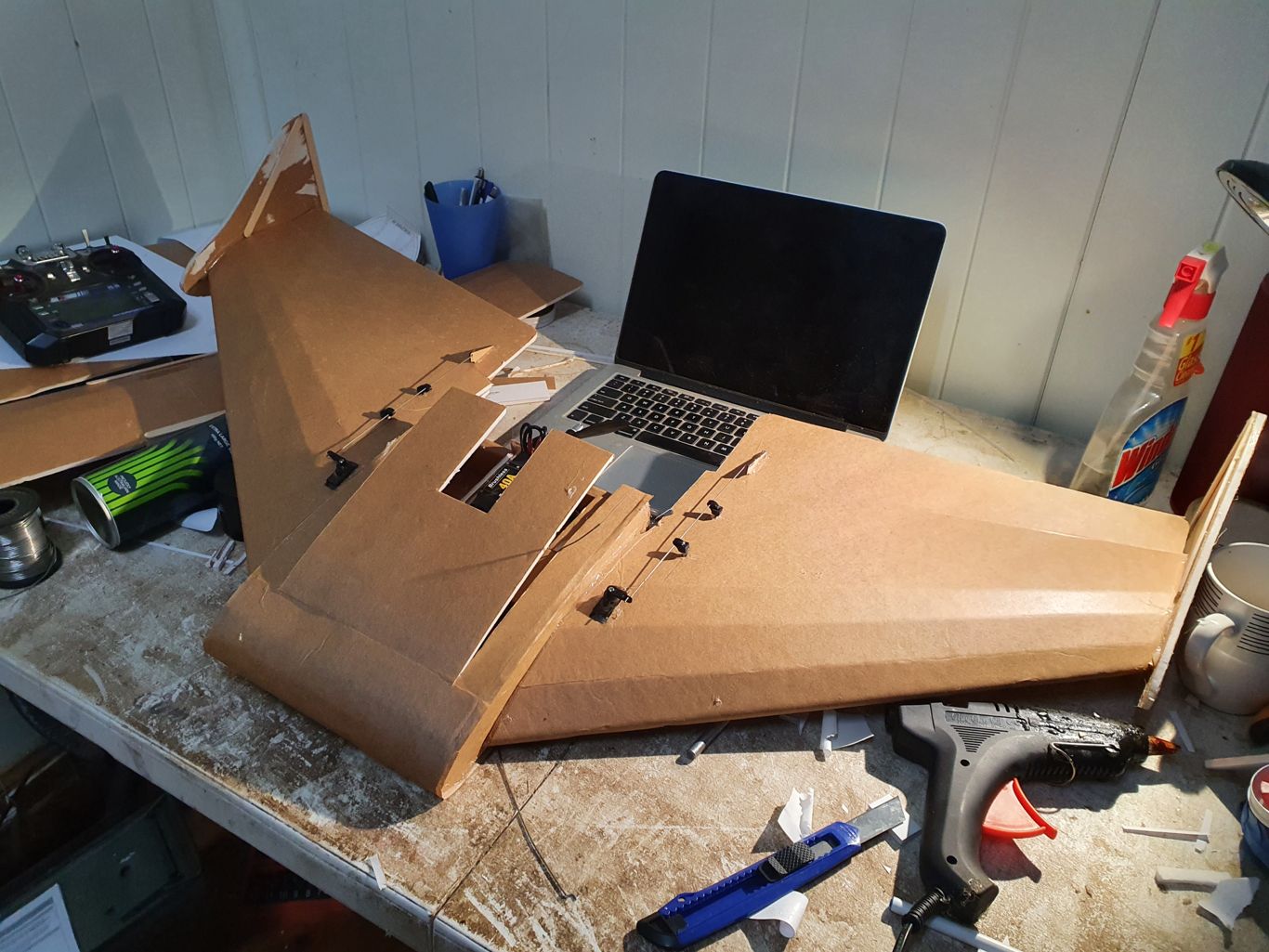 #15
Going with a honeycomb pattern for the paint job, still deciding on colours, red and orange, or blue? 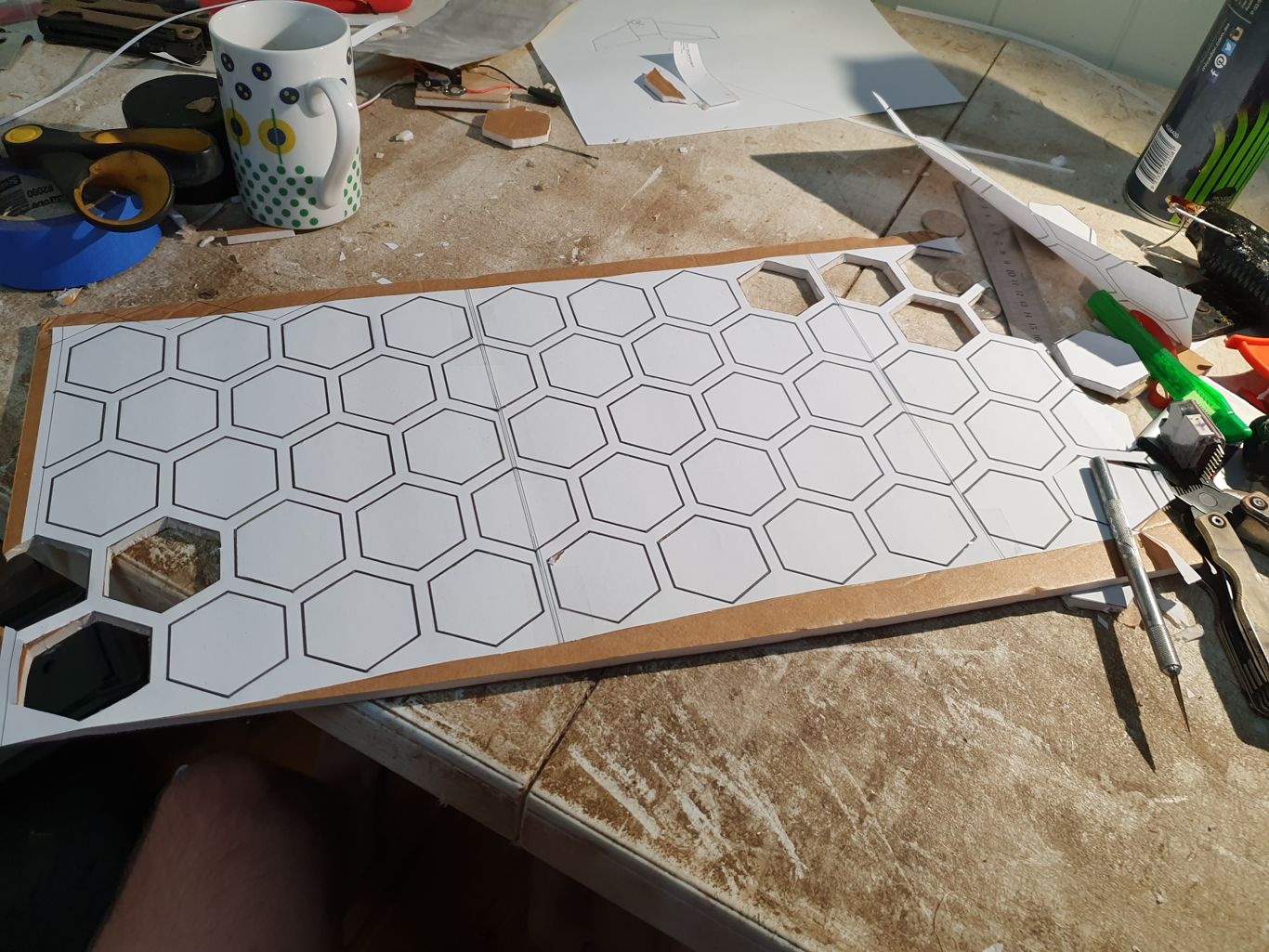 #16
Experiment with the honeycomb pattern. Not bad, though I might go with blue next time. Might add some stripes over fuse 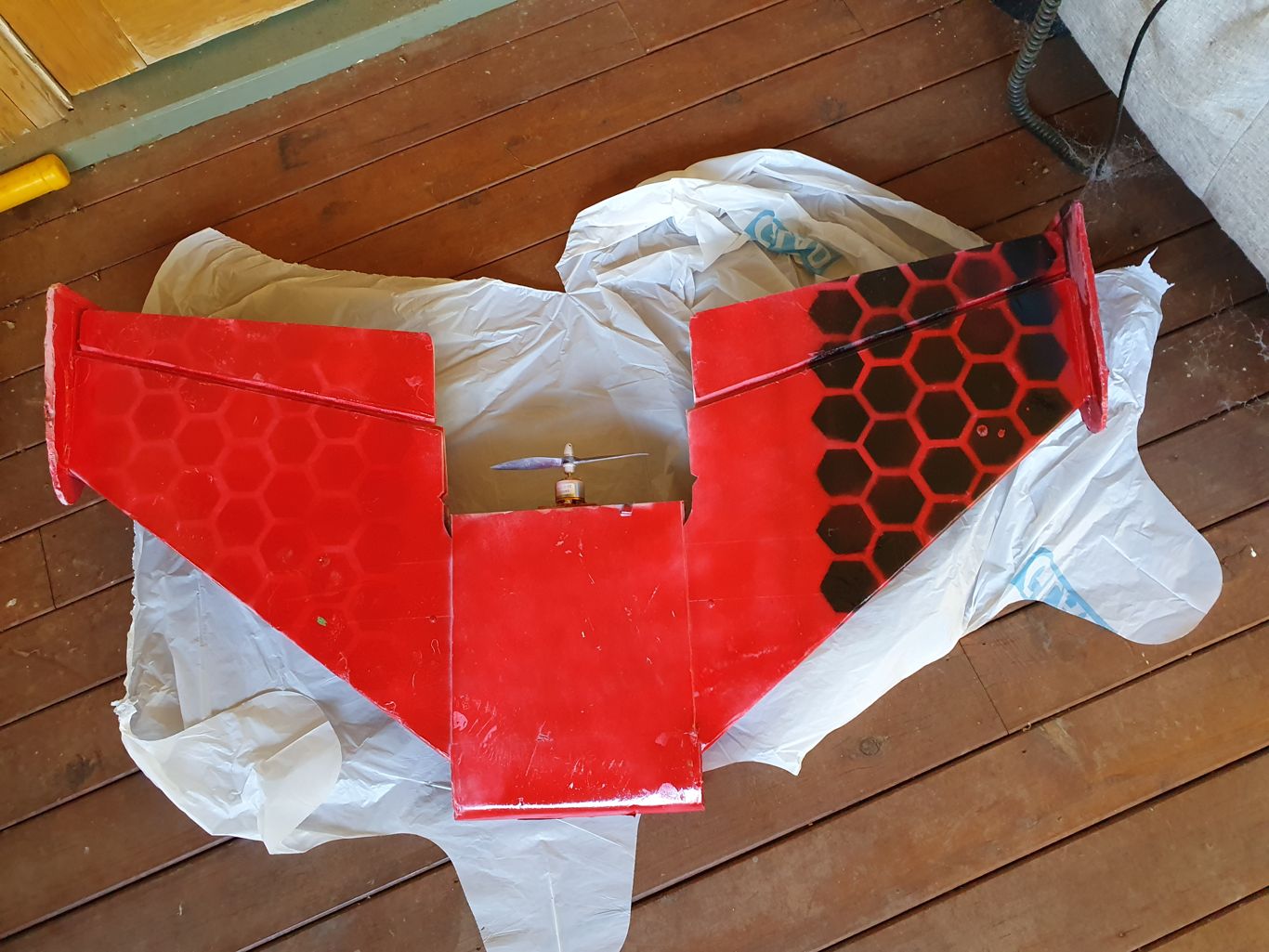 #18
"Corpse" said:
That's looking great! I love the honeycomb pattern. Are you going to do FPV in it?
Click to expand...
Yeah, I will, hopefully my new vtx gets here soon

#19
Threw some white on the other wing. I'm clearly still learning about painting, the foamboard stencil let in a fair bit of drift paint, a more flexible plastic would probably be better but I'm not too worried. I might just use blue scotch tape when I paint my other "true" spear. 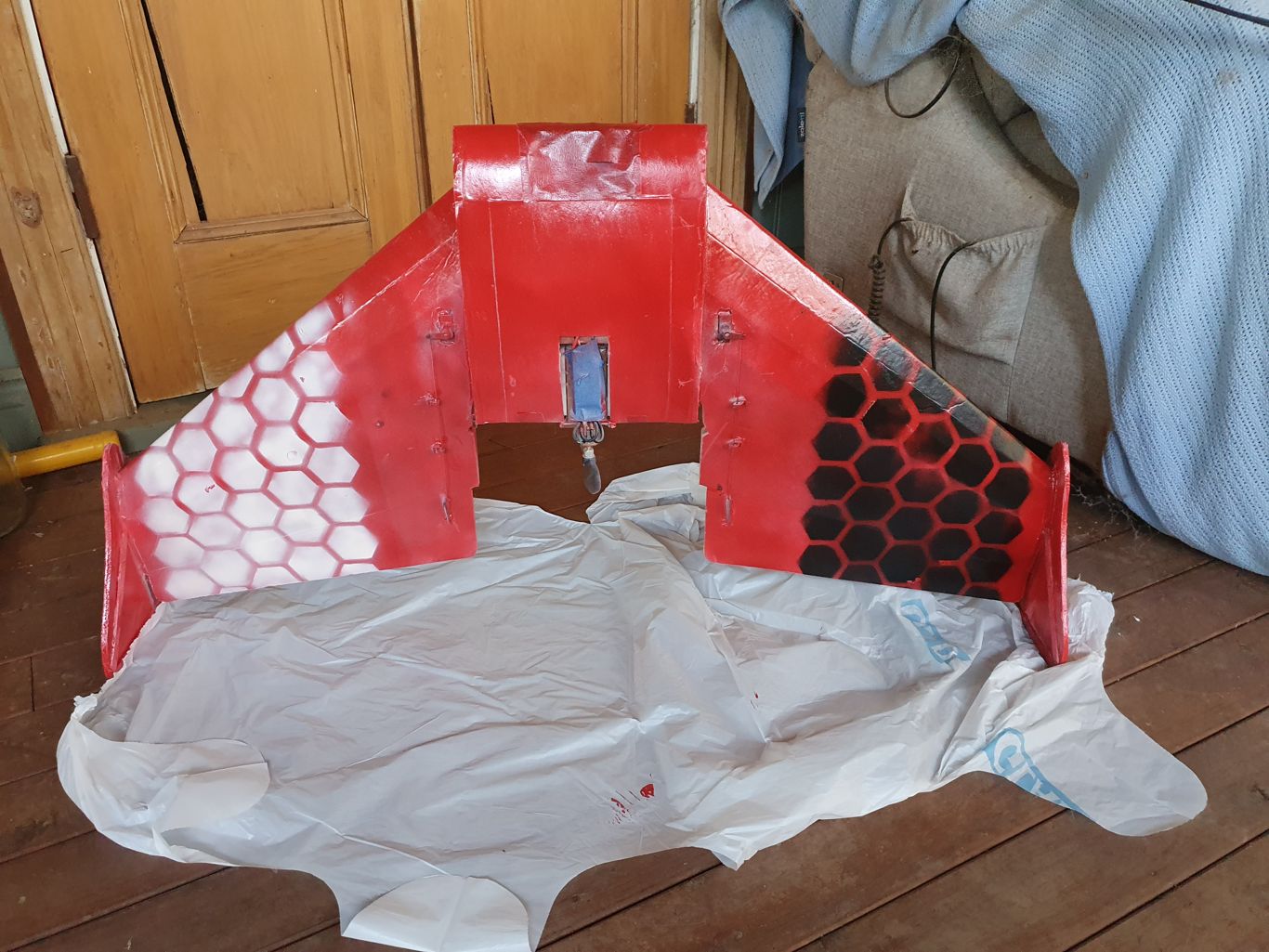 #20
Seeing that the 120 arrow conversion went well, I'm going to try again with the standard mini arrow. Should hopefully allow me to fit fpv gear in better 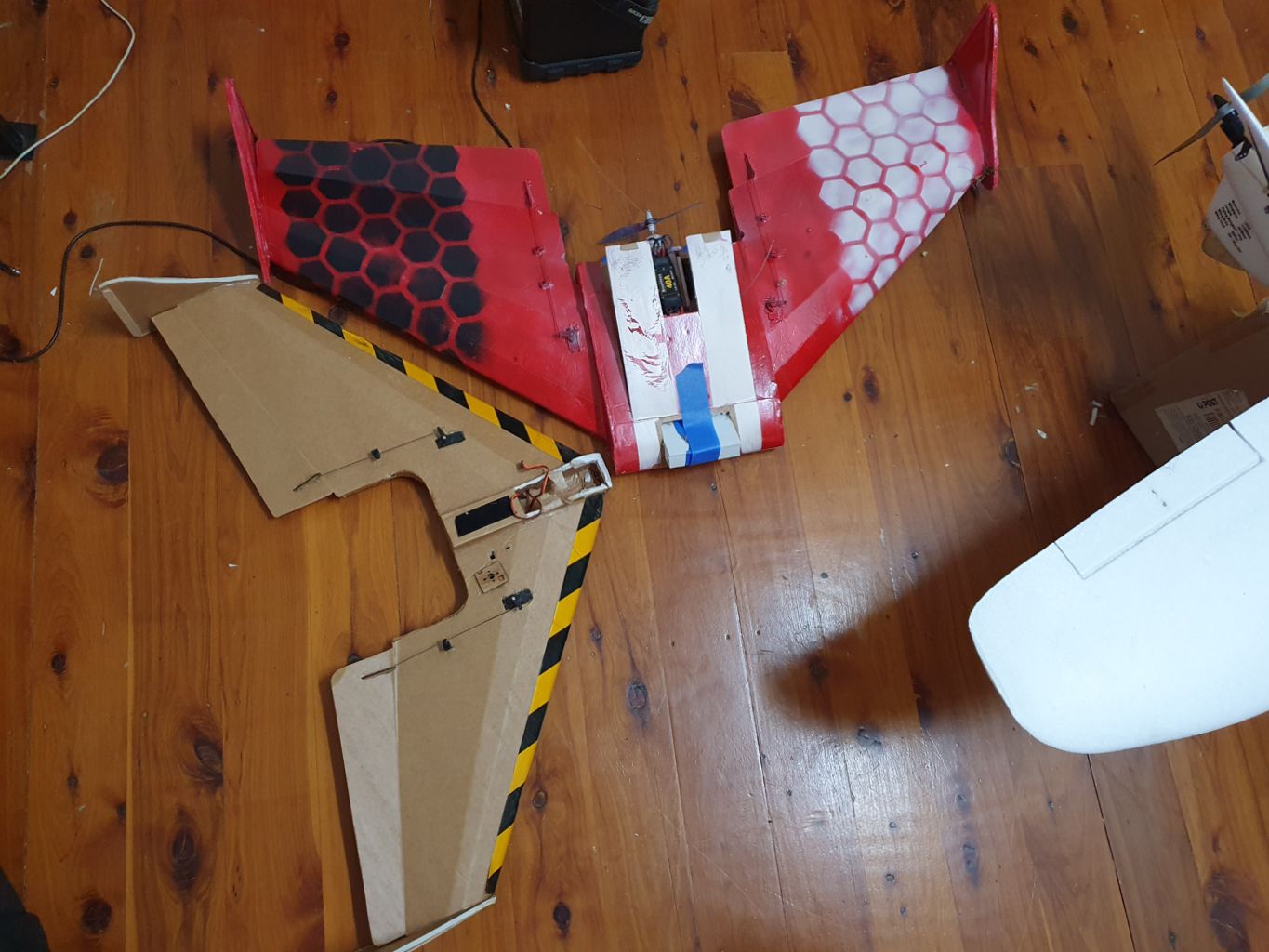