#1
I’m part way through a Spear build and I’m trying to decide where to put my F405 flight controller (Arduplane). The Spear has that great spot on the spar, but there’s two problems with that. The F405 is too long so I need to turn it 90 degrees, and because I’ve decided to use the pins for all the connections (I’m expecting to use this controller else where some day so it seemed like a good idea when I soldered on all the pins) that makes the board too tall.

I know I can carve out a little foam to get the board to sit lower and adjust the AHRS_ORIENTATION.

Or, I can just mount the F405 in one of those big areas behind the spar so it’s the right direction but then it’s not on the C of G.

So, what’s going to be a bigger pain: Rotating and re-calibrating the board? Or mounting it off the C of G?

Mentor
#2
You don't need to mount the FC on the CG. Changing the board orientation is just a matter of setting a value in the configurator, no big deal either.
A

#3
Thanks. It was down to the coin toss and I just needed a push. I’ve decided to go to the off centre build. That will also let me get at the SD card slot if I decide to totally nerd out with this later and start digging in the log files.
A

#4
Here's some "before" pictures. Haven't flown it yet. Knowing my luck it won't look so pretty afterward. 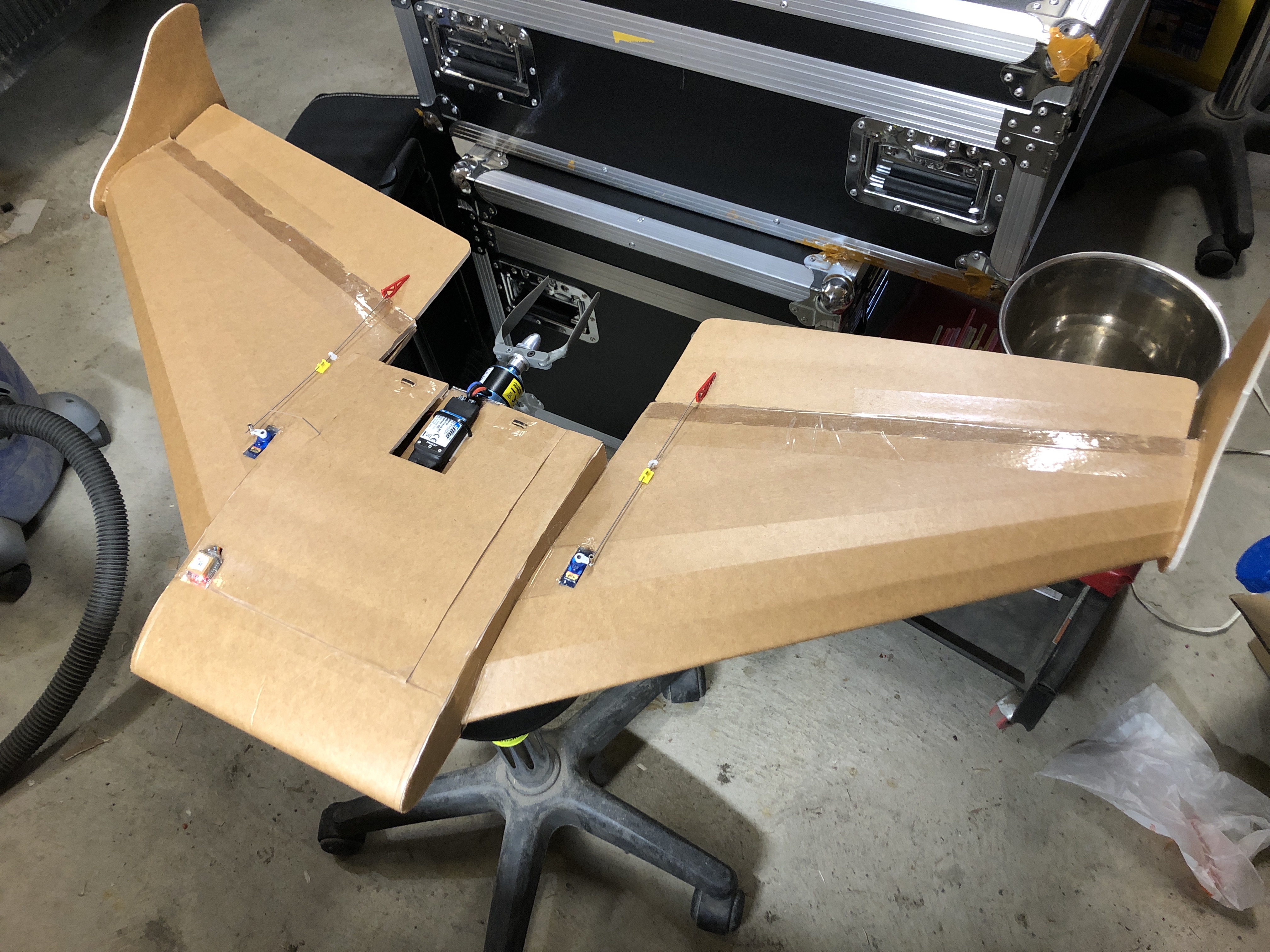 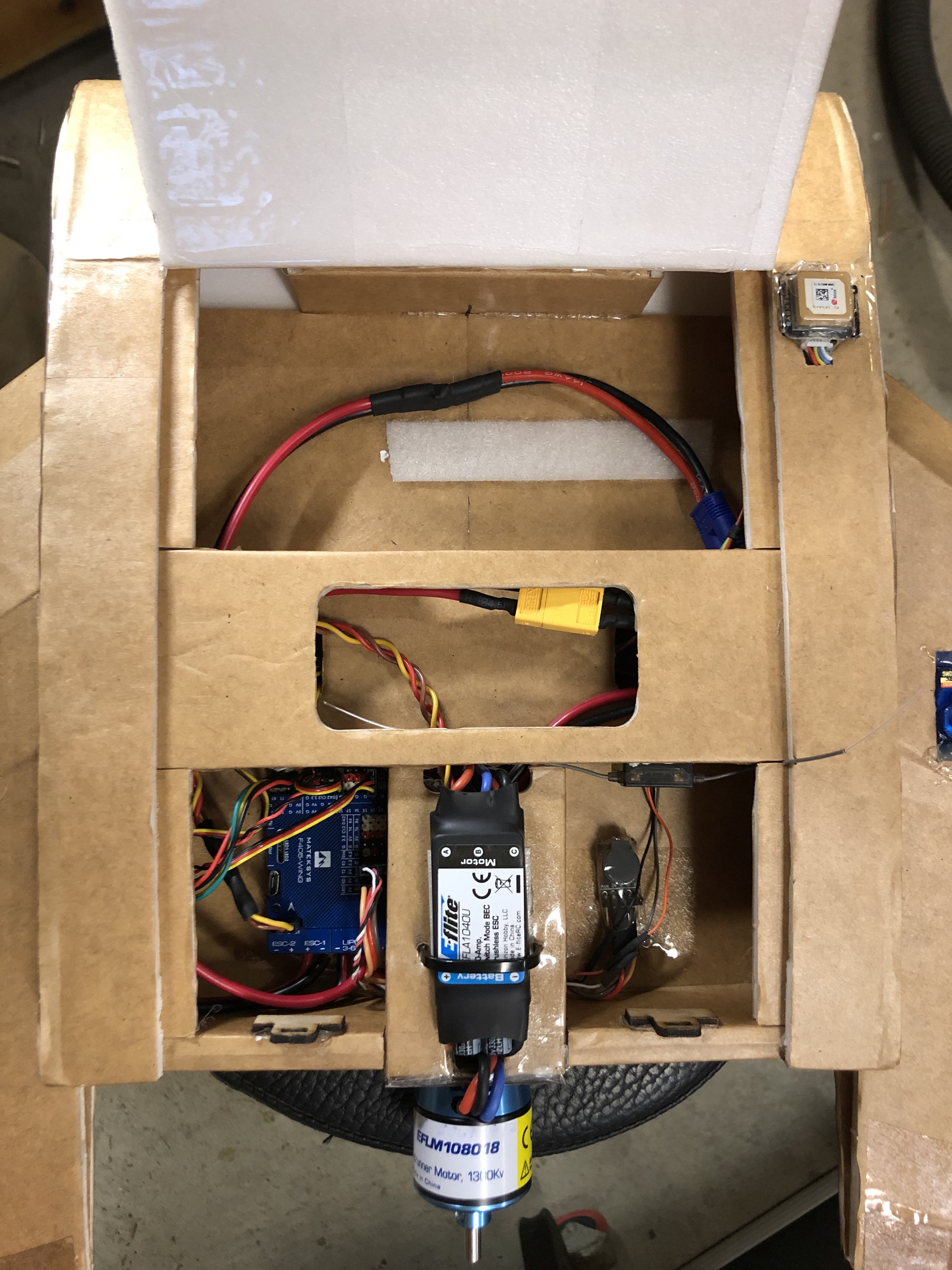 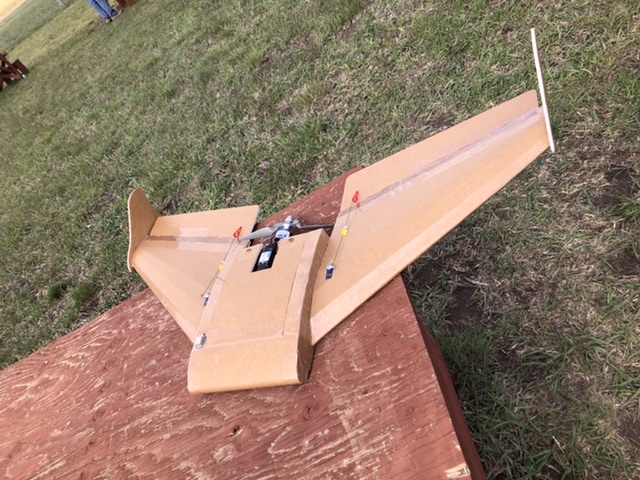 Well, I’m pleased to say that after two batteries it still looks good. Didn’t get any in flight pictures but all went well. The flight controller worked well but a little but of tuning sure dialed it in. Not sure I have the right prop, and boy is it loud for an electric.
A

Luckily I just happened to be in the circuit, downwind for the runway. Flight controls were still working and by all accounts the flight controller was also still working so I made a perfect dead stick landing in the grass. And that's when I found the damage: 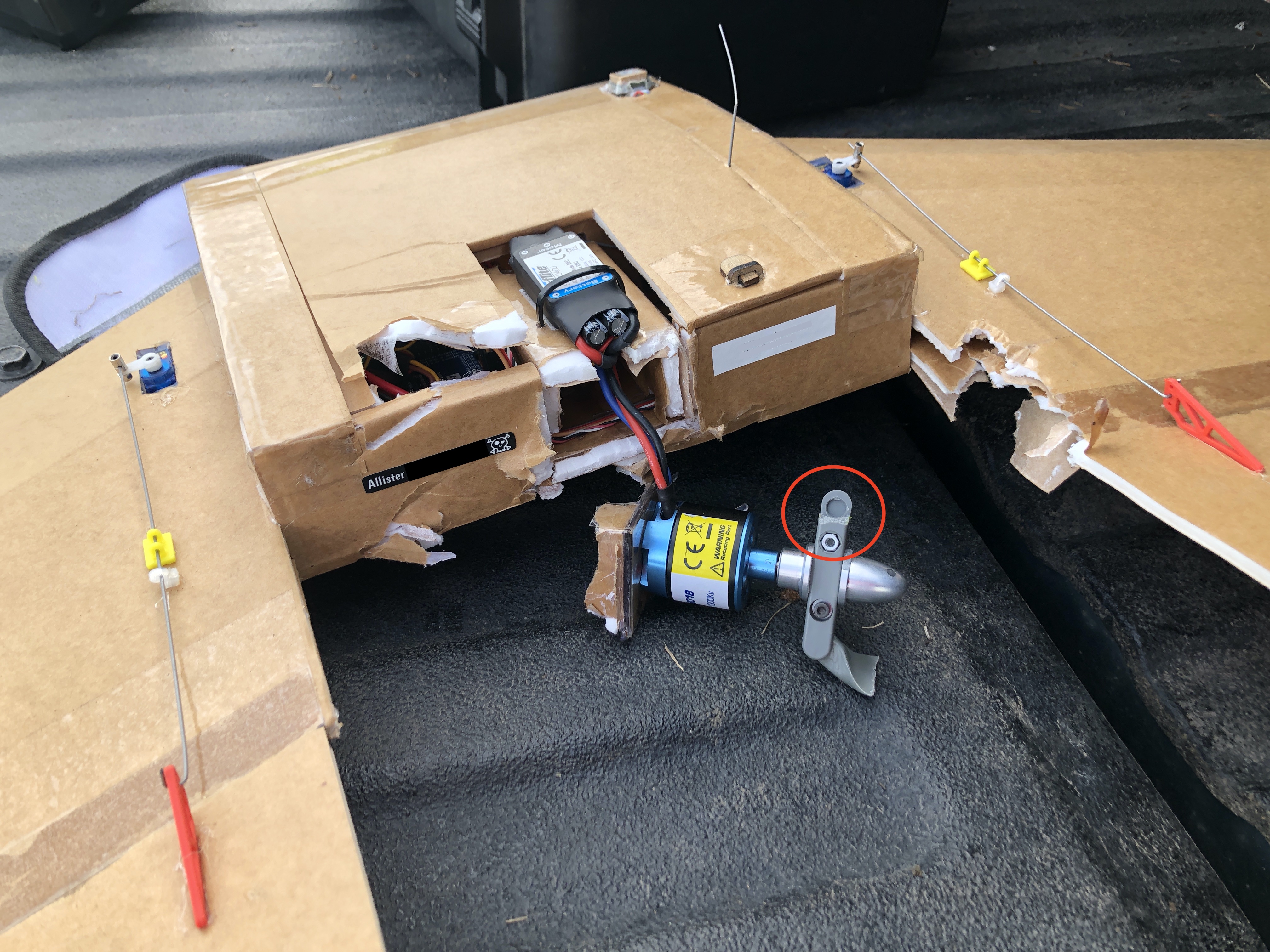 Looks to me like the prop hub failed and the ensuing unbalance ripped the motor from its mounts. All the damage was contained to the back and bottom of the plane. The right aileron escaped any damage but the wing right at the hinge was chewed up pretty good. 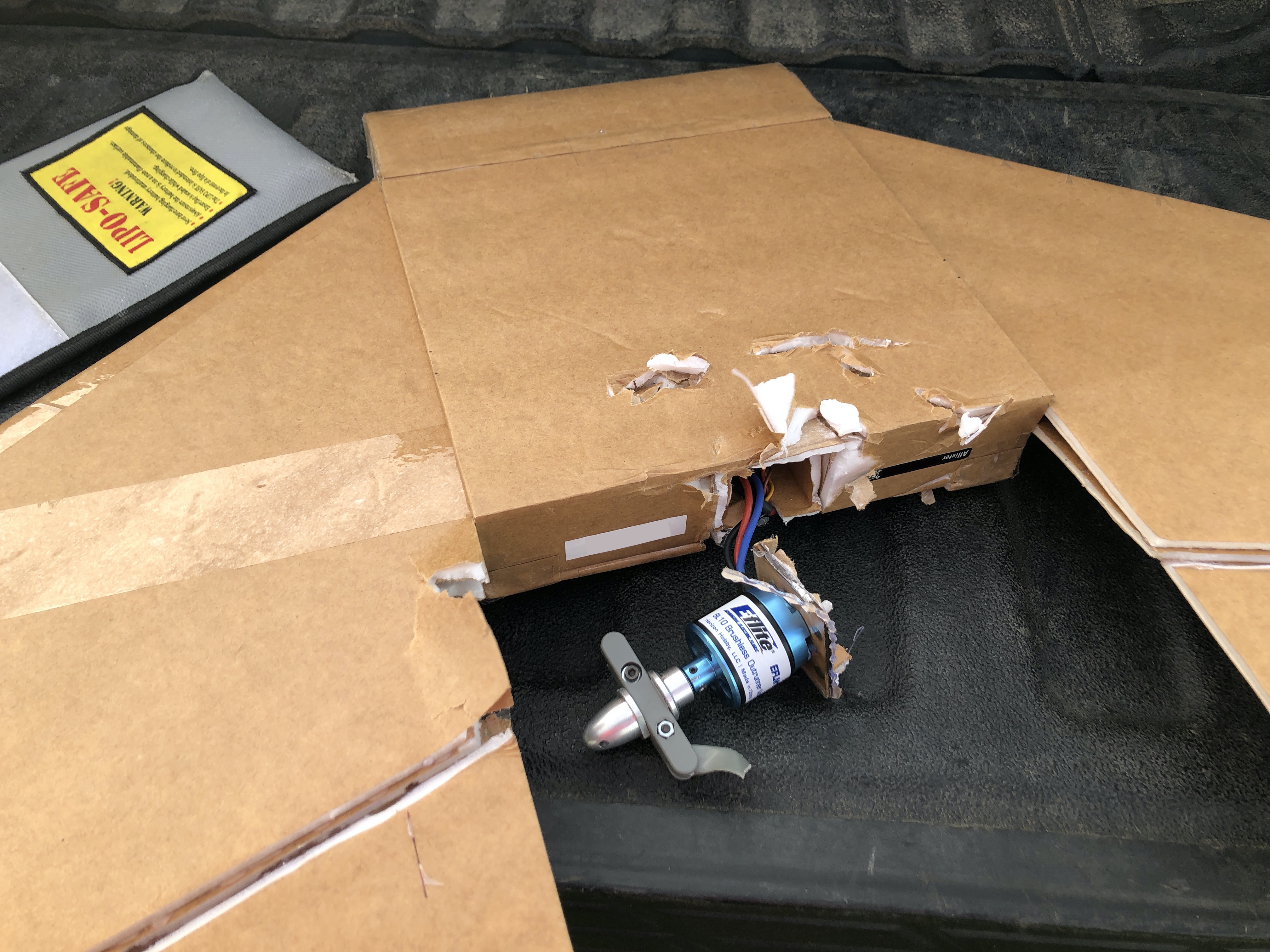 I've since tested the motor and it seems to be working just fine. My plan is to fix it up, replace the prop with a regular non-folding prop and see how she goes.

I'm curious though, I've never used a folding APC prop like this and I'd like some input on what may have gone wrong (especially if pilot error may have been involved) Both blades moved freely, I checked that before every flight. Both of the screws & nuts in the hub were still intact and secured. I'm going to guess the plane has about 1 ½ hours of flight time since I built it, all with the same prop. The blades didn't even have any green on them since they were always folded back when I touched down. I still have to look at the flight logs and see if there was a vibration before the failure. I'm guessing this hub is intended for use in a tractor configuration, so was I pushing my luck using it as a pusher? Or did I just get unlucky?
You must log in or register to reply here.
Share: Facebook Twitter Google+ Reddit Pinterest Tumblr WhatsApp Email Link
Menu
Log in
Register