#42
Almost done! Needs a few decals, but it’s almost there. For decals I will print them in black and white then paint the colors on. 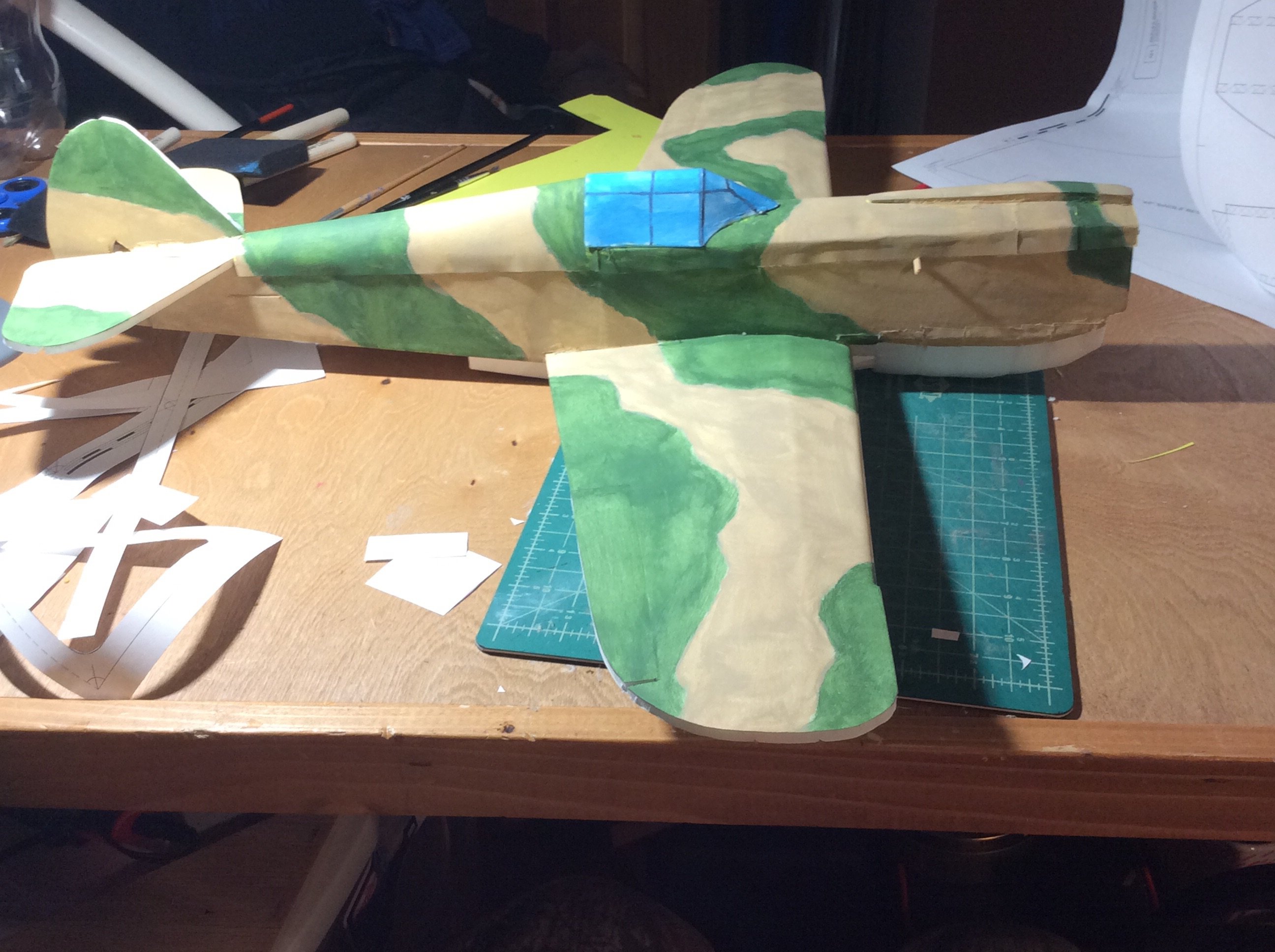 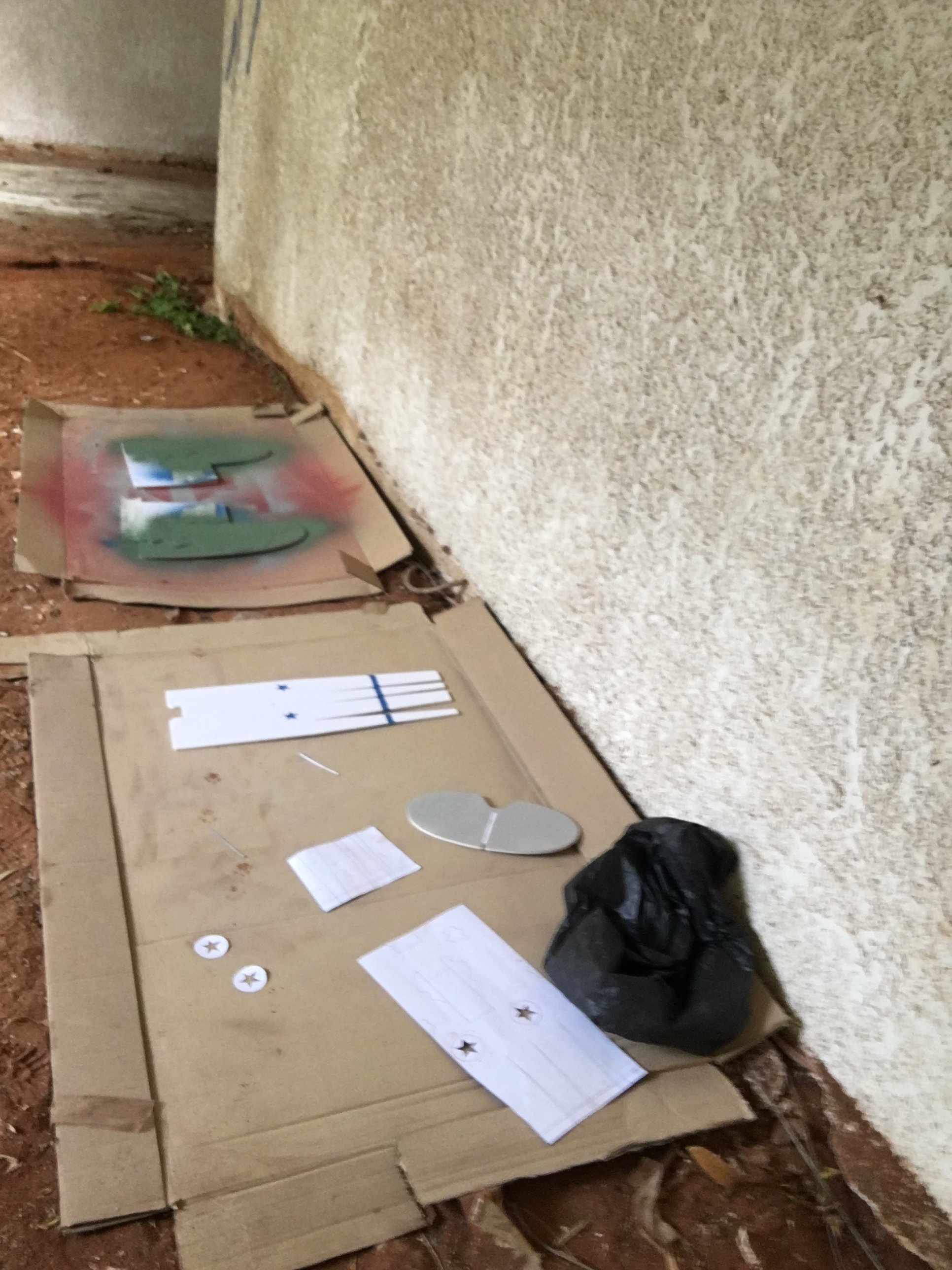 #44
mayan said:
I did use templates which I created by myself cutting up the plans.
View attachment 120754
Click to expand...
I find it easier to paint before building the plane. Allows me to get everything painted better without having to start worrying about covering up electronics.

#45
Ok that’s what I thought, thanks (maybe if I had payed attention to the photos in your SpiTTT thread I would have noticed). I have done that as well with my ft pizza box wing (built from foamboard, using the same colors as on the p-40). 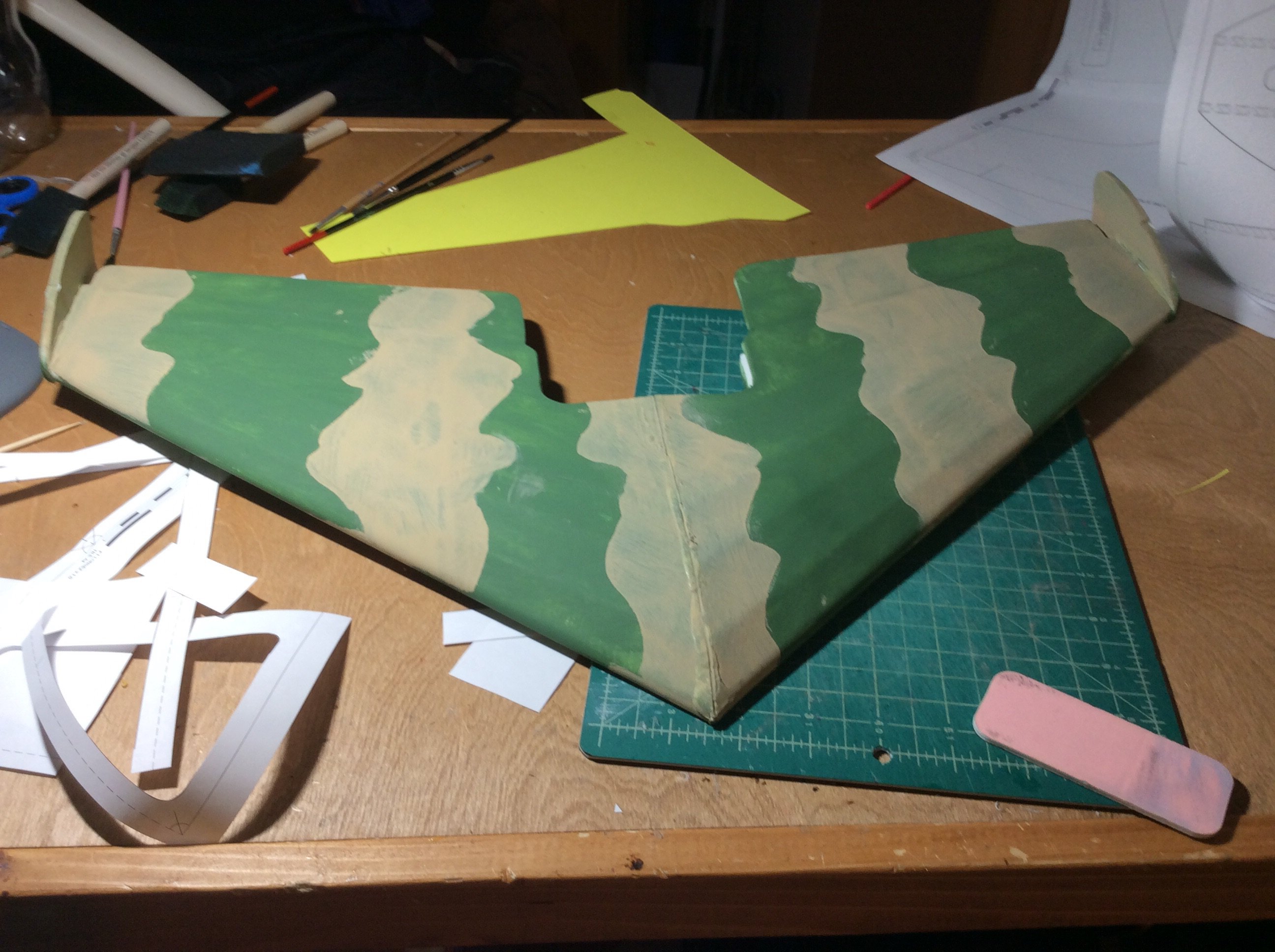 #46
mayan said:
I find it easier to paint before building the plane. Allows me to get everything painted better without having to start worrying about covering up electronics.
Click to expand...
I agree. But first off, I usually paint before installing electronics, and second, I just get to impatient once I have everything cut out to wait to paint it first.

#47
Paracodespoder said:
Hers where my paint job stands as of right now, I’m not to happy with the canopy color, I’ll see what I can do with it later. View attachment 120739
Click to expand...
You could try this method. https://www.flitetest.com/articles/how-to-make-clear-canopies-for-your-rc-planes

#48
Are you trying to make things harder on me @Grifflyer ? I would be to tempted to build a scaleish interior which would add weight and time spent working on it. I did a clear canopy on my @nerdnic sonic p-39, (I also added half a lego man) and it just doesn’t look right without the scale interior. Thank you though for the thought! I think what I will do is sand it to be lighter blue, making look a little more realistic, then maybe even add a little silhouette of a person inside, what am I thinking? I am gonna have to make that clear canopy and scale interior now.

#49
Just a little note!
If you want the colours of your plane to really "POP" then use a light colour undercoat, (preferably white), first and when dry apply the finish colours. Most paints do reflect some of the colour underneath and so change to a darker shade if the material underneath is not bright! 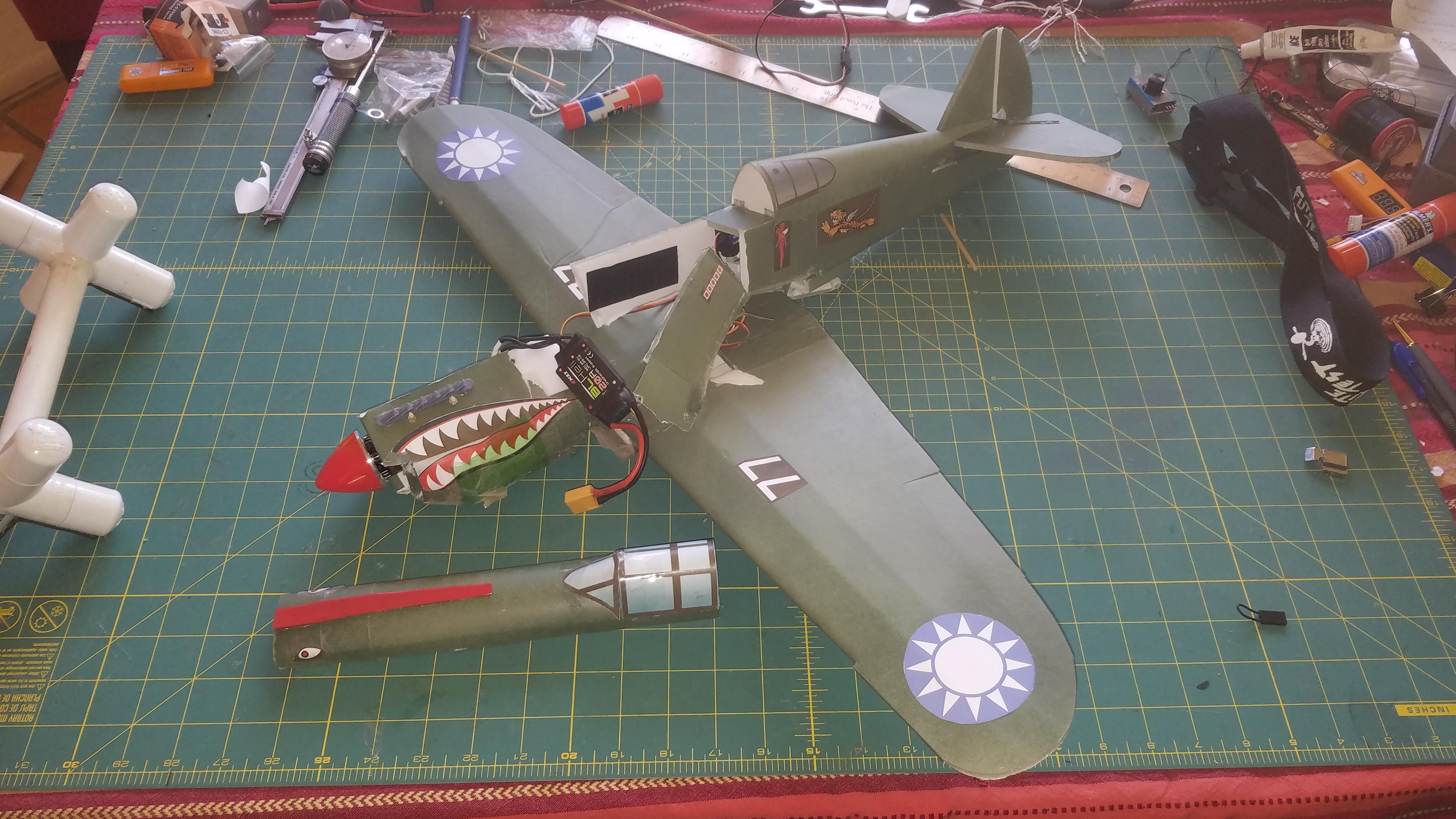 had 2 very fun flights. this thing was not stupid fast, but pretty close. i think a few mods to the electronics setup and it would be silly stupid. fast.

regrettably on the 2nd flight i was coming in to do a low pass from the south. the sun of course was in the souther sky, i somehow lost orientation and put it in short of the field. funny thing was i was just thinking to myself, "wow, this thing gets small quick. i'd hate to lose orientation."

it was a bit of a comedy of errors. it's been a long time since i have lost a plane due to not knowing where it was.

anyways, the wing is fine and i will be able to strip the fuselage and just rebuild it. this thing was too much fun not to.

#51
Uh-oh, looks like your gonna be busy for a while😆, good thing these things are so easy to build and repair. I’m currently working on making a scale interior for mine (thanks @Grifflyer ).

#52
if you like small, quick planes this thing is for you. it flew awesome, can't believe i tanked it. it was a rough day @ the field, i think the total was 7 planes down. very atypical.

oh well, no sense being grumpy. built it once can build it again.

good luck on yours.

#53
mrjdstewart said:
built it once can build it again.

me
Click to expand...
Yup, that’s why these are so much better for us crashers than balsa is, much cheaper and easier to build, even if they don’t fly as well.😉

#54
Paracodespoder said:
Are you trying to make things harder on me @Grifflyer ?...
Click to expand...
That's why I'm here

#55
Alright @Grifflyer , here you go, not exactly scale, bot close enough for me. 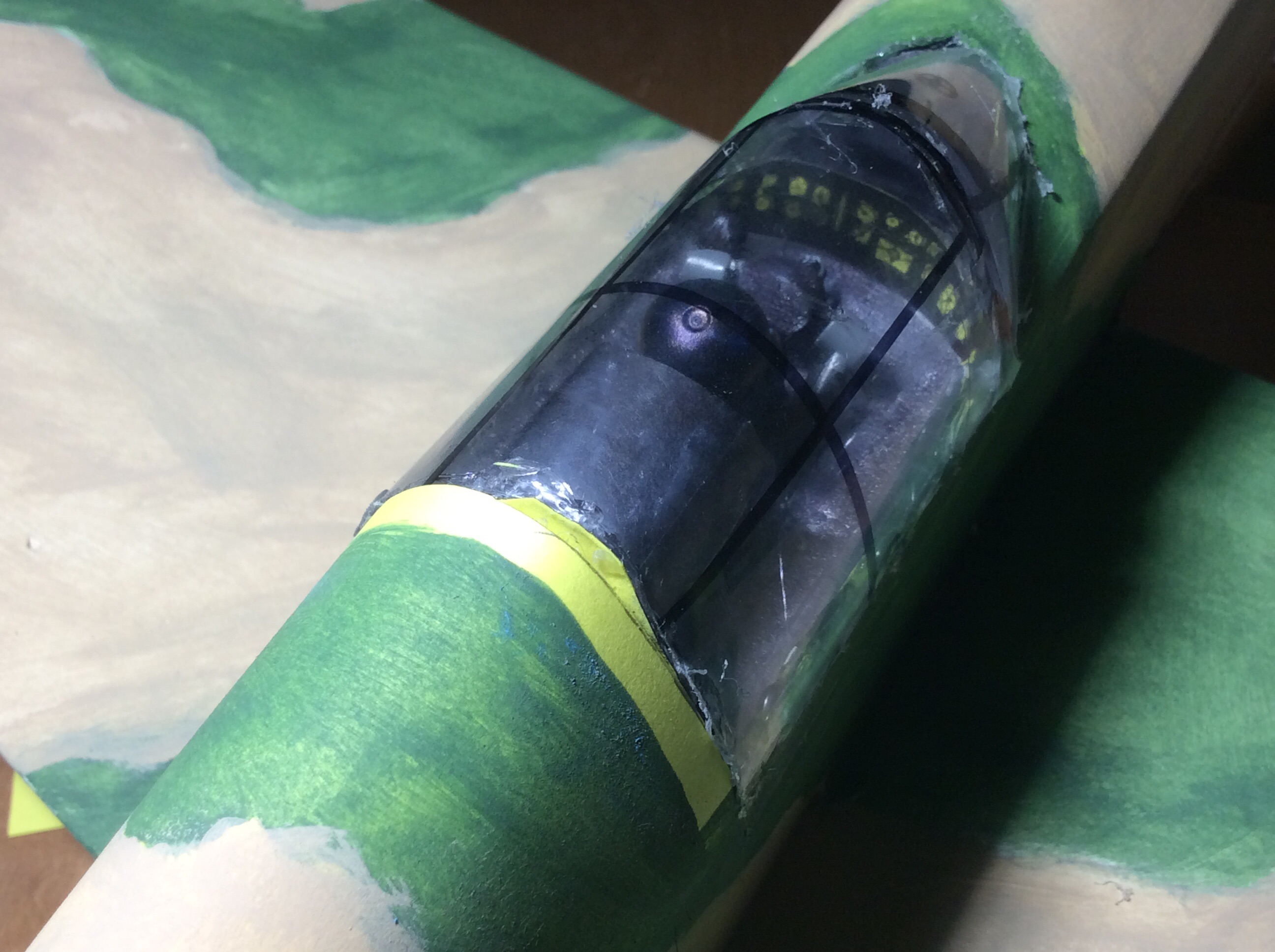 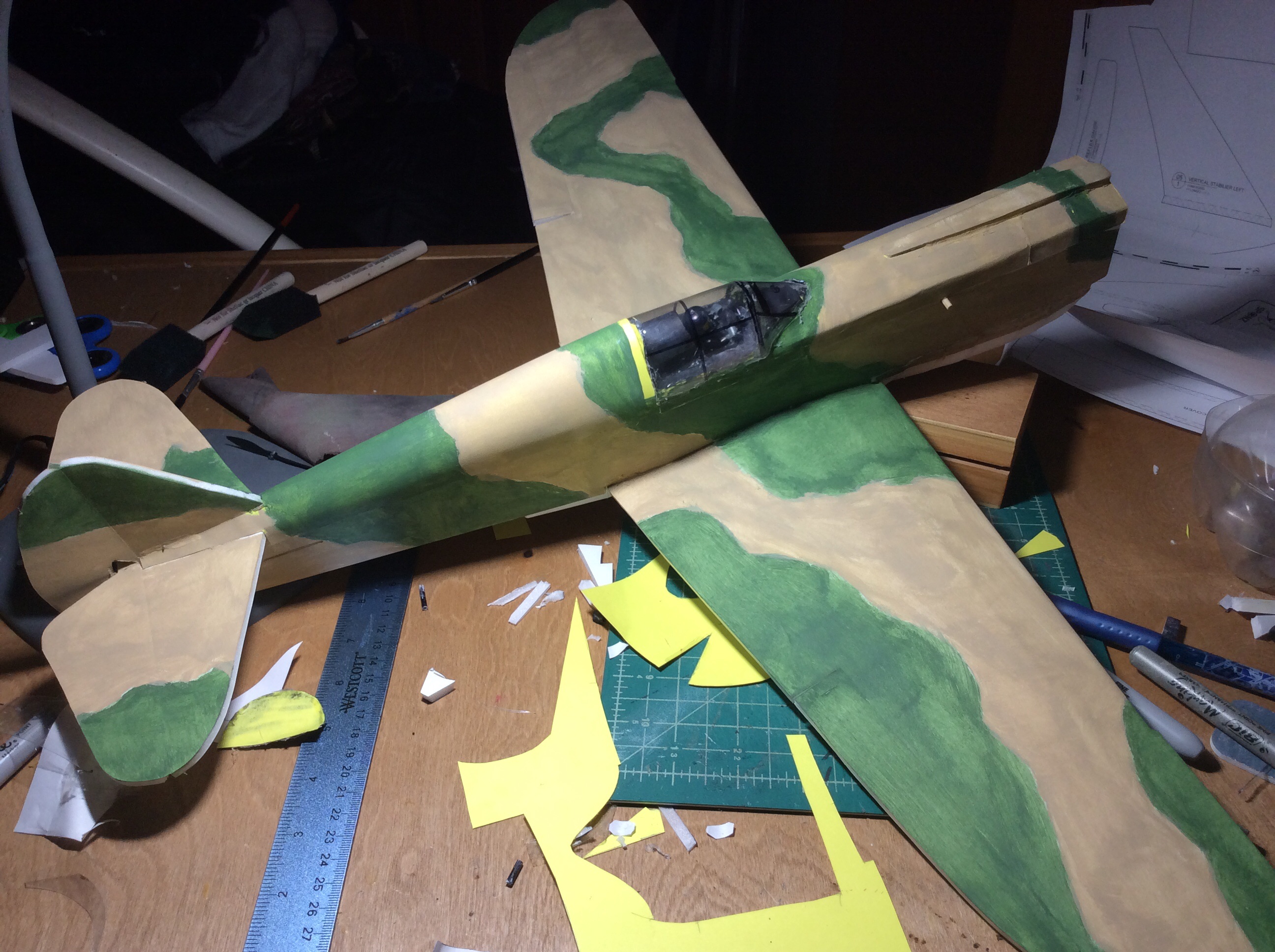 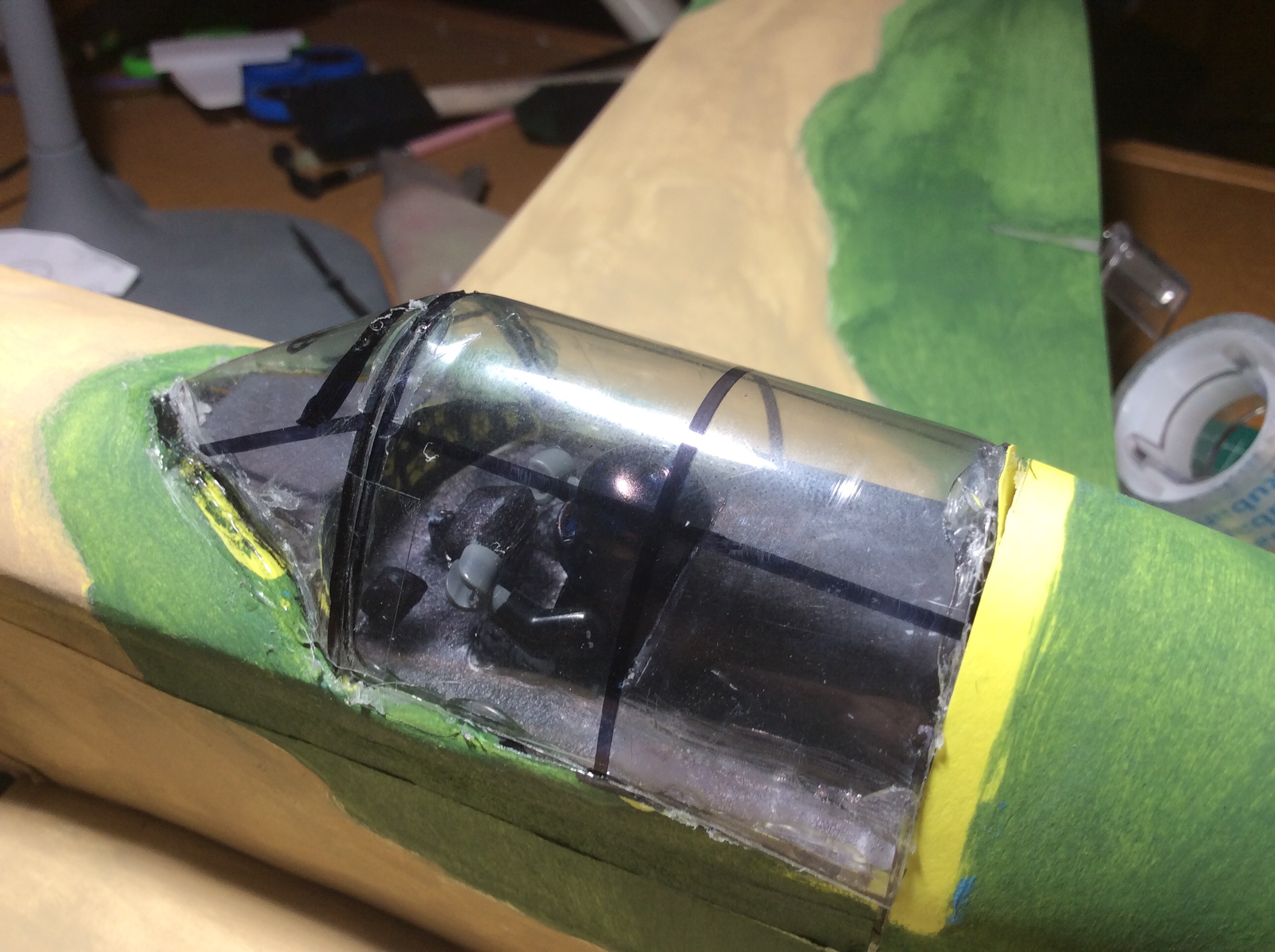 And yes, that little yellow stripe will be painted, I just haven’t done it yet.

I hope it flies as good as it looks!!

#58
Thanks guys! I hope it flies to, might be a while as my 5gram servos are occupying other planes right now.

#59
Paracodespoder said:
Thanks guys! I hope it flies to, might be a while as my 5gram servos are occupying other planes right now.
Click to expand...
headsupRC had a sale on 5g servos the other day. think i paid $2.25 a piece and ordered 10 of them. now they are back up to $2.95 but still not a bad price.

#60
seems i got lucky. little hot glue and popsicle sticks and life is good? 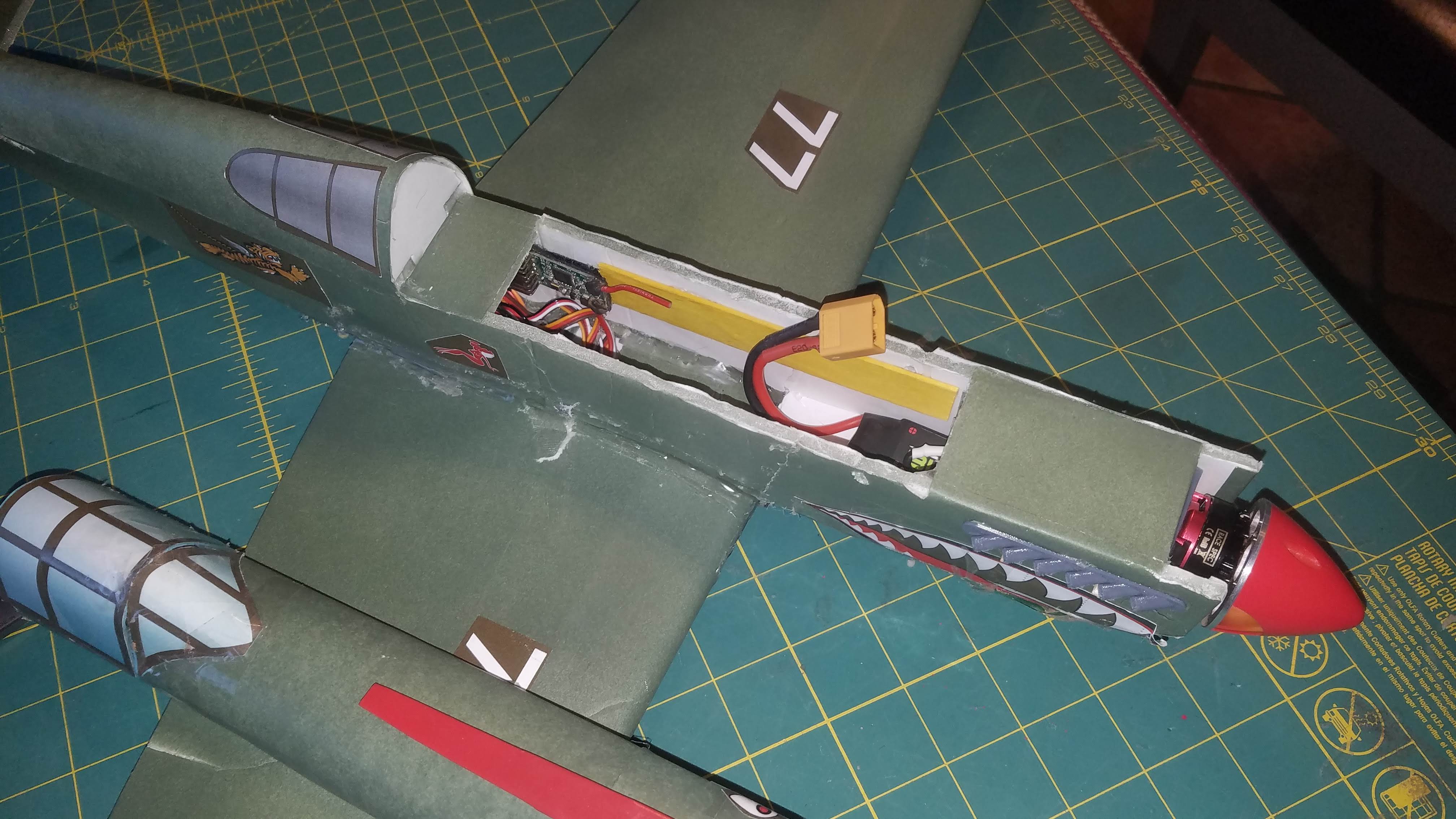 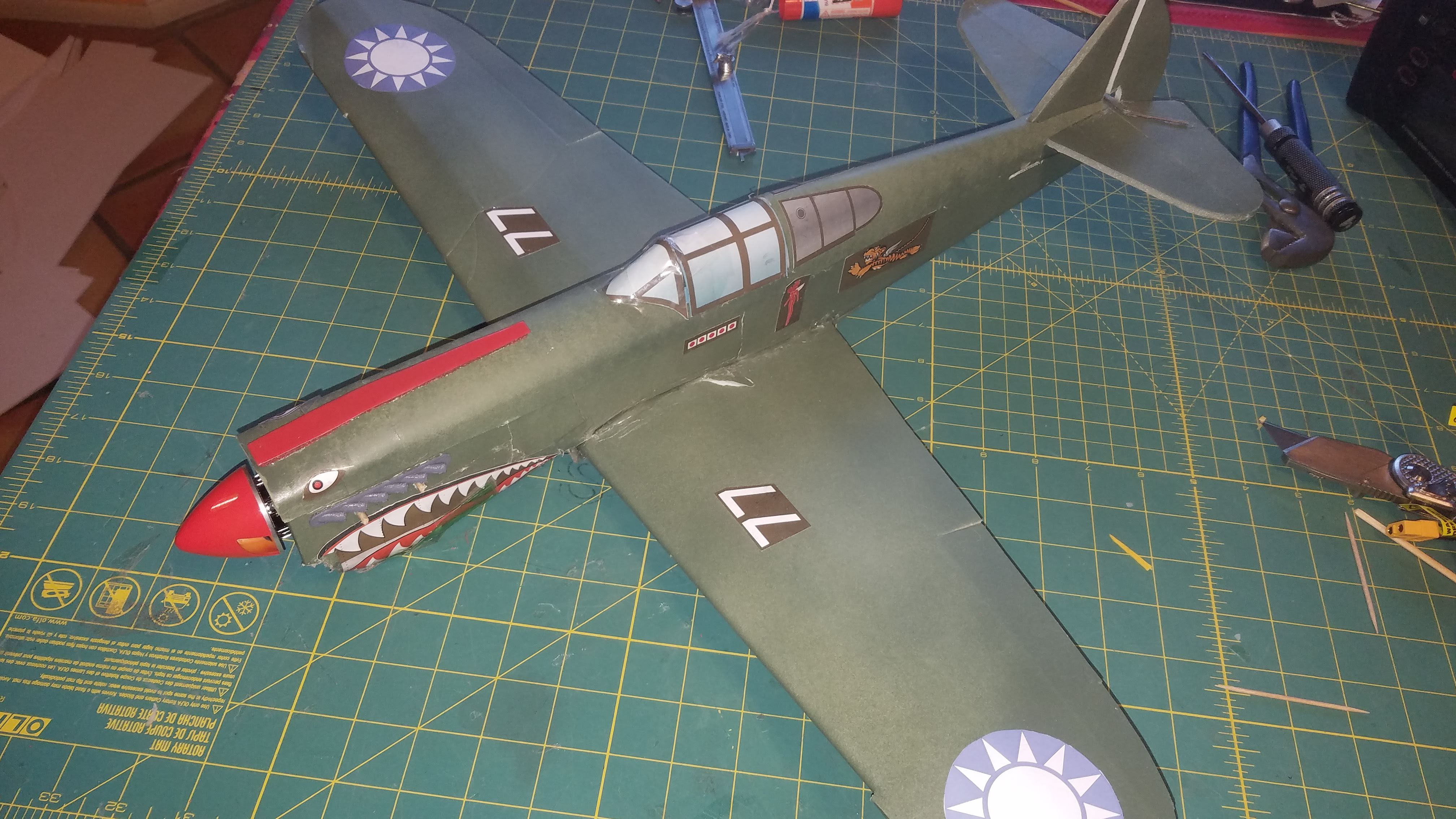 can hardly tell it was in 4 pieces just a few minute ago.