Poll; what should my next scratch build be(4 options)

#1
I am floating ideas around for my next scratch project, since I am polishing my RETjet and other slender delta designs up pretty nicely. I could always just pick a direction and go, but I figured it would be fun to get input from the community on what all of you would most like to see me make next! I have narrowed it down to four choices, but if you have another suggestion that isn't listed feel free to mention it, I may consider, if not for the next build maybe for a future one.

#2
Just to clarify my experience(or lack of it) which each of these. FSW I have absolutely none in sim or real life. I built a bunch of fancy paper airplanes as a kid with my dad from a book...B52 was phenomenal, Concord was classy, but you know which one flew like a brick? The FSW. Probably was a CG issue. Twin engine airliner style planes I'm the same. No experience in sim or real life, so I'd be teaching myself about thrust differentials and stuff as I would tackle such a build. I can fly wings on a sim and they aren't a particularly hard build, but I have to clean up my act with linkages and servos and get them really neat to do an elevons plane. Hp-115 is familiar territory in terms of planform, because I have been and still am doing tons of work with slender deltas, and I generally have a feel for their handling, however, I have yet to build a micro plane or use an EDF.

#3
I voted the Dash 8 just b/c I actually flew on one within the past few years. It would be neat as an RC. The T28 would be good too IMO.

#4
basslord1124 said:
I voted the Dash 8 just b/c I actually flew on one within the past few years. It would be neat as an RC. The T28 would be good too IMO.
Click to expand...
A t28 foamy would be cool. My micro Hobby Zone t28 Trojan is in bad shape but still flies! I may replace it some time, or perhaps get that little Mig. Another thing I was thinking about is the F94 Star Fire in 64mm EDF, but a "sport" model without the bulky wingtip fuel tanks, so the wing would look reminiscent of older warbirds.

#6
Looks like I better start learning some twin-engine Kung Fu.

#8
How many different planes have you flown so far? High wing, mid or low wing?

#9
L Edge said:
How many different planes have you flown so far? High wing, mid or low wing?
Click to expand...
On multiflight free simulator, I have flown their entire line-up. High wing, mid wing, low wing, RET, AET, Elevon, and 4ch, flying wing, biplane, war bird, etc. Real life experience is more limited. I can fly a high wing dihedral trainer(my Hobby Zone Champ) very well. I also have a bit of experience with the mini FT Scout. I have a small bit of low wing warbird experience from the Hobby Zone micro Trojan, mostly safe mode but some with safe mode off. The only twin engine experience I have isn't the full package, it's an ultra micro 2ch plane where throttle is altitude and thrust differential is your only control. I have one of my own designs that flies well, it's a slender delta with a rounded nutball back and dihedrals. It uses a RET setup because elevons demand a lot of precision in linkage and more sensitive roll. I have had a couple AET tailed slender delta designs fly pretty well. Those are the only planes I've flown successfully in real life.

#10
I'll probably be getting around to all of these eventually. Winner will just get priority. I was randomly inspired with the coolest flying wing idea.It's AET, pentagon shaped, KFM 2 but with the top layer being corroplast. After the corroplast layer is glued on the leading edges would be bound and sealed with clear packing tape. I'm just figuring out where I want the vertical stabilizers, or if I even want two as opposed to one.

#11
Poll is closed! The winner is Bombardier Dash 8 at 11 votes!I abstained my own vote. The runner up is forward swept wing at 10. The Dash 8 is the most intimidating project on that list, and they all would challenge me to expand my current skill set in some manner and work with something that is in at least one respect, new to me. The Dash 8 will be the most demanding to build and most expensive in parts. It will take the most time, and require me to learn how to build, program, and fly a twin engine plane, which I'm unfamiliar with. If it's great it will be a smash hit,If its complete jank at least I'll have two motors👍

#13
MooreRC said:
I Hope it's not to late but I would go for the Dash 8 as I recently have been attempting to build one myself it isn't flying yet as I have to build a new fuselage
Click to expand...
Poll's closed but Dash 8 was the winner! 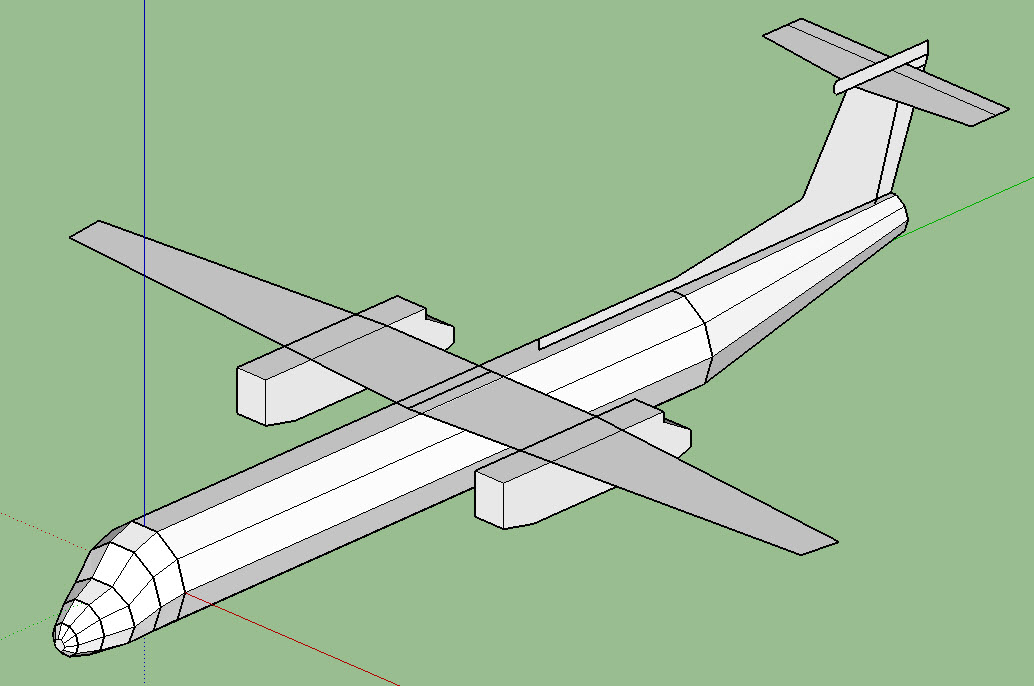