Dynasoar has been around for a few years and it's Frank Burke's project for marketing easy to build R/C rocket gliders for folks who don't have a bunch of time or confidence to jump into crazy balsa stuff. Also, they're really nifty sport designs that just look cool.

I won a giveaway from Dynasoar a while back and have finally gotten around to building it.

Here's what you get in the box: 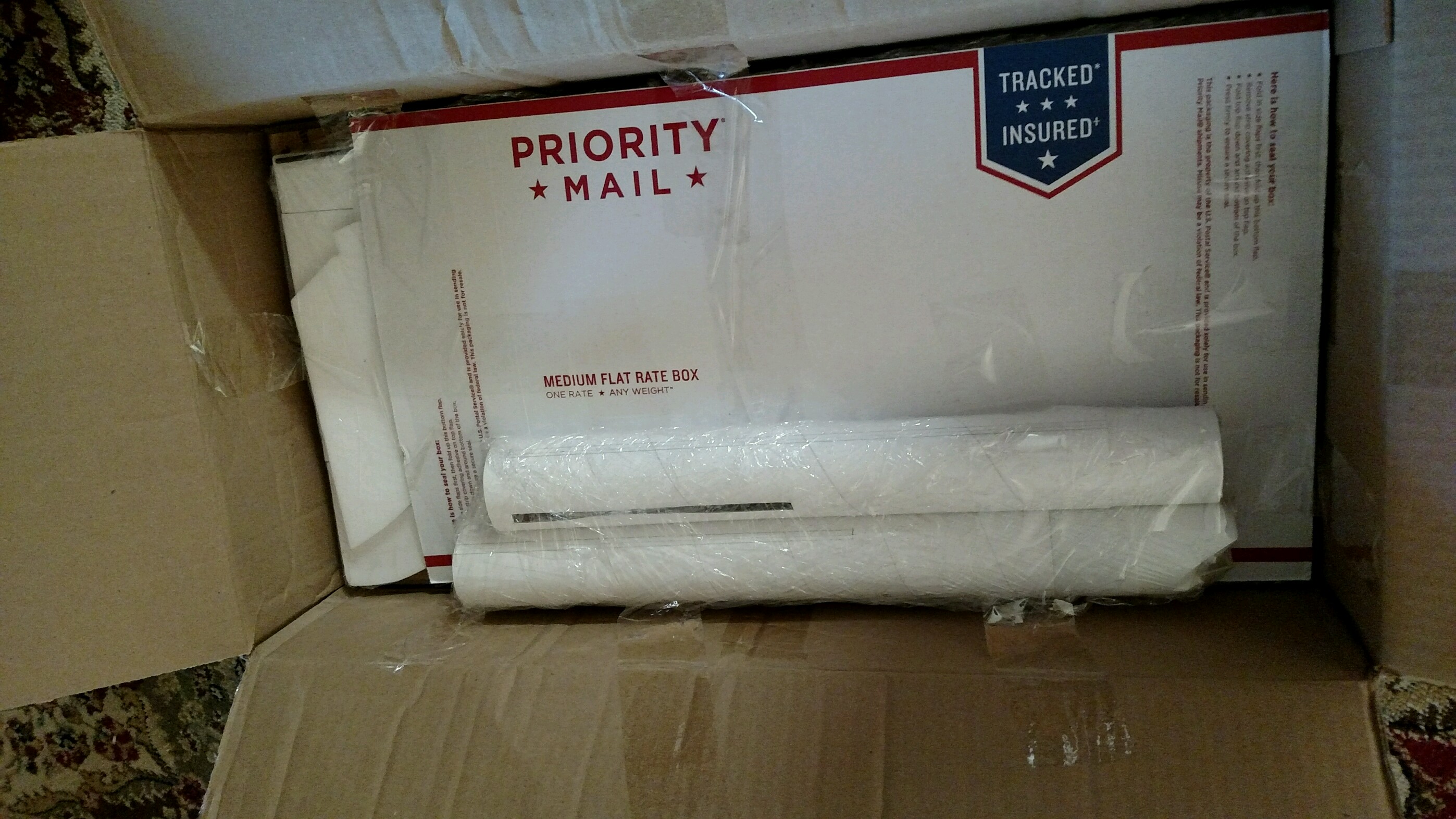 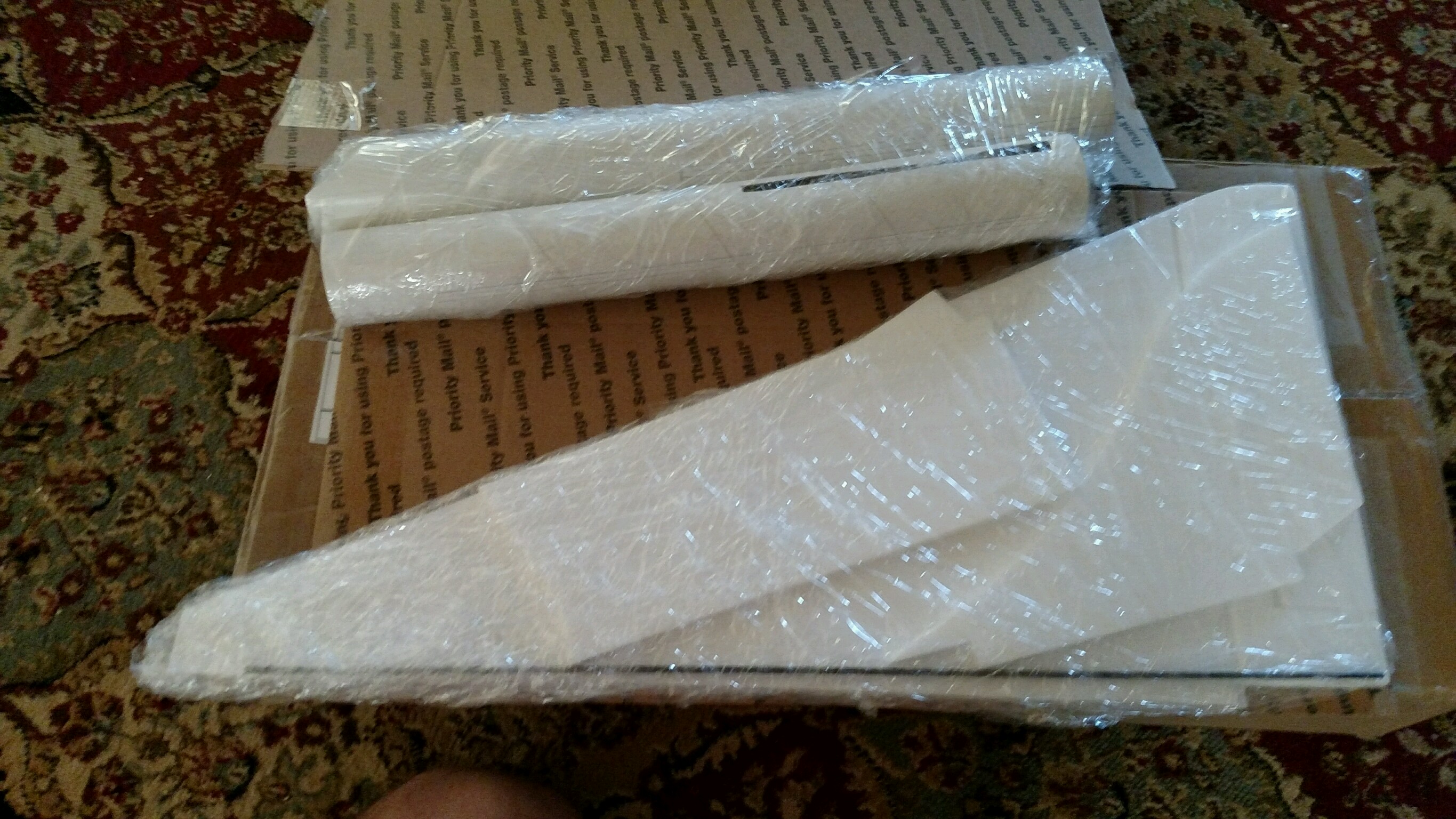 The elevons are even pre-hinged! 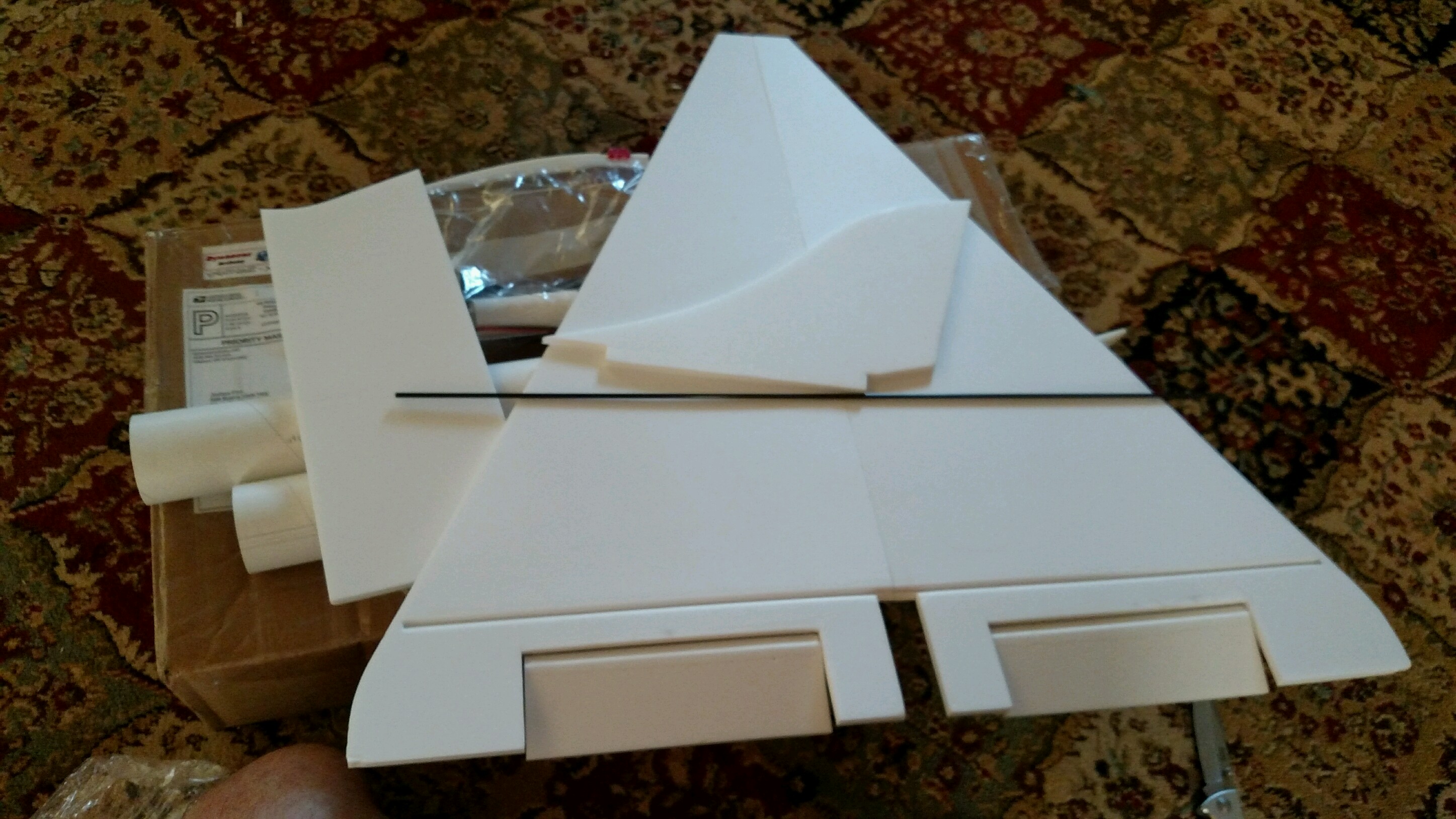 The tubes aren't slotted on this one, but Frank is now preslotting everything except the fuselage coupler. 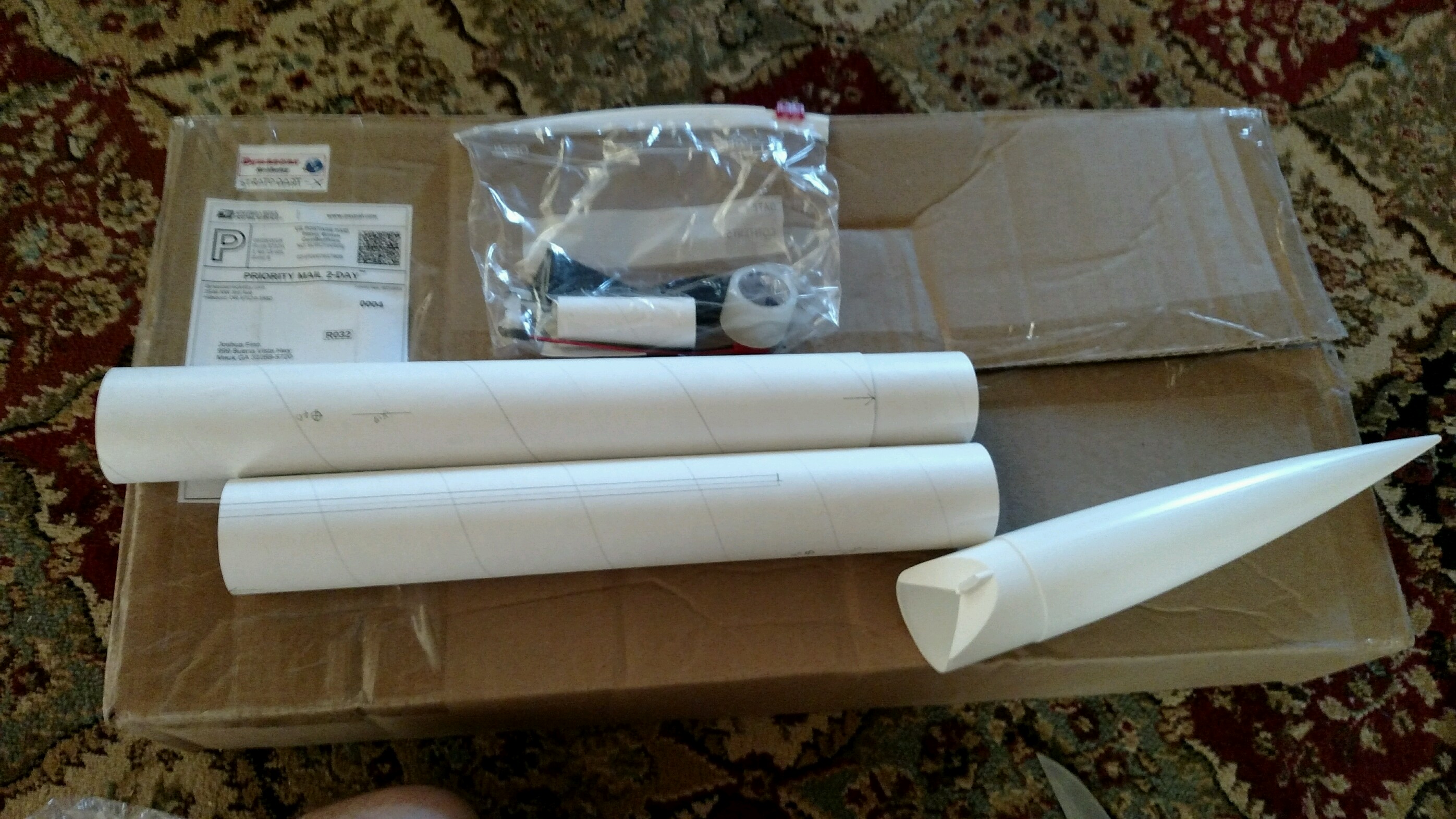 I couldn't resist mocking it up. 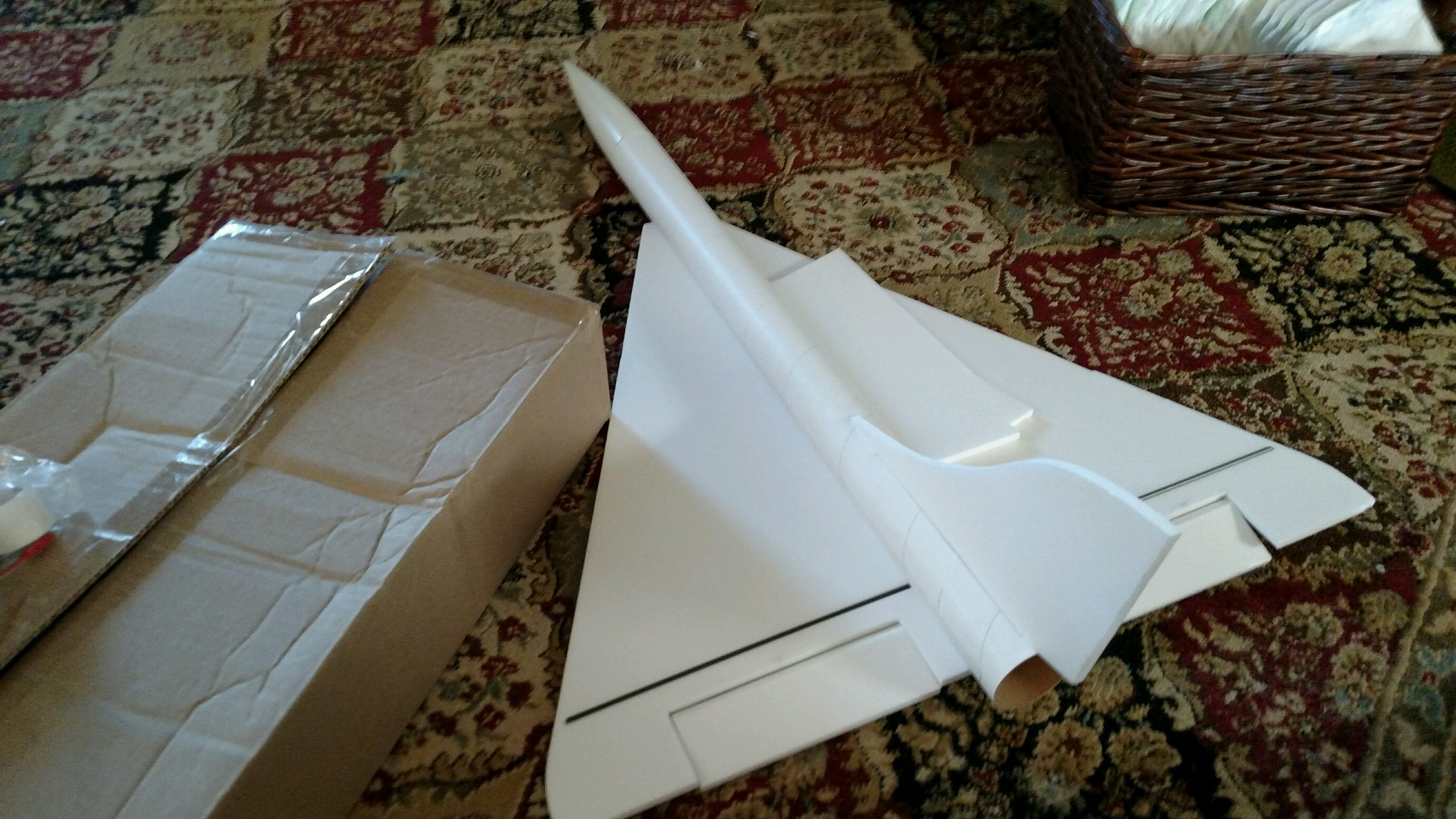 I don't have photos of the build process, but am videoing some of it. I'll upload all that when it's finished.

The build is super easy, and here Caleb and I are admiring the nearly complete airframe, sans electronics. All I need to do is install the engine mount, servos, and receiver. Only an hour's work so far! 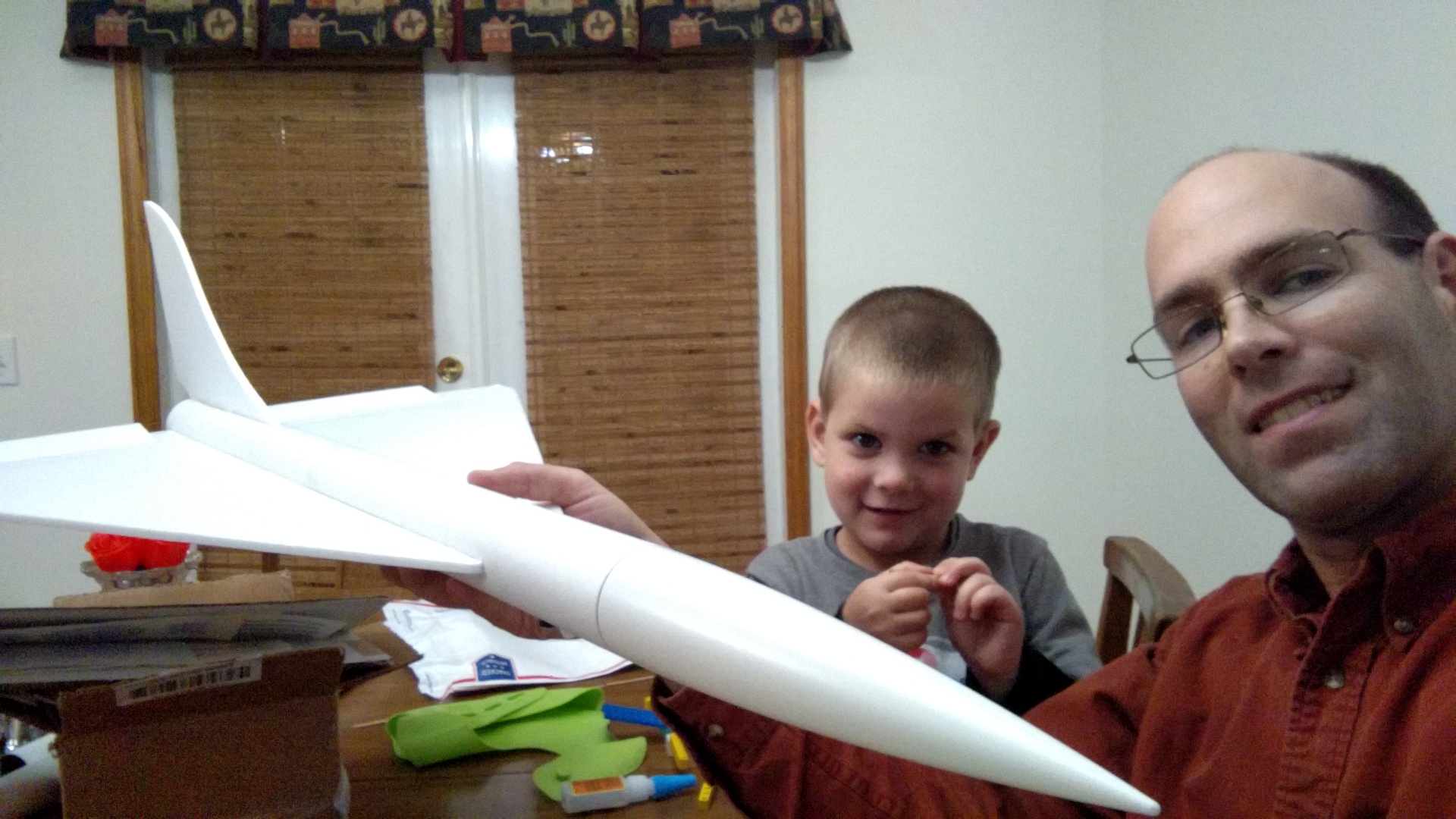 #2
Looking good! How could it not be with the help you have.

#3
Well I finished this model out (mostly). It looks really sharp next to the N+2. 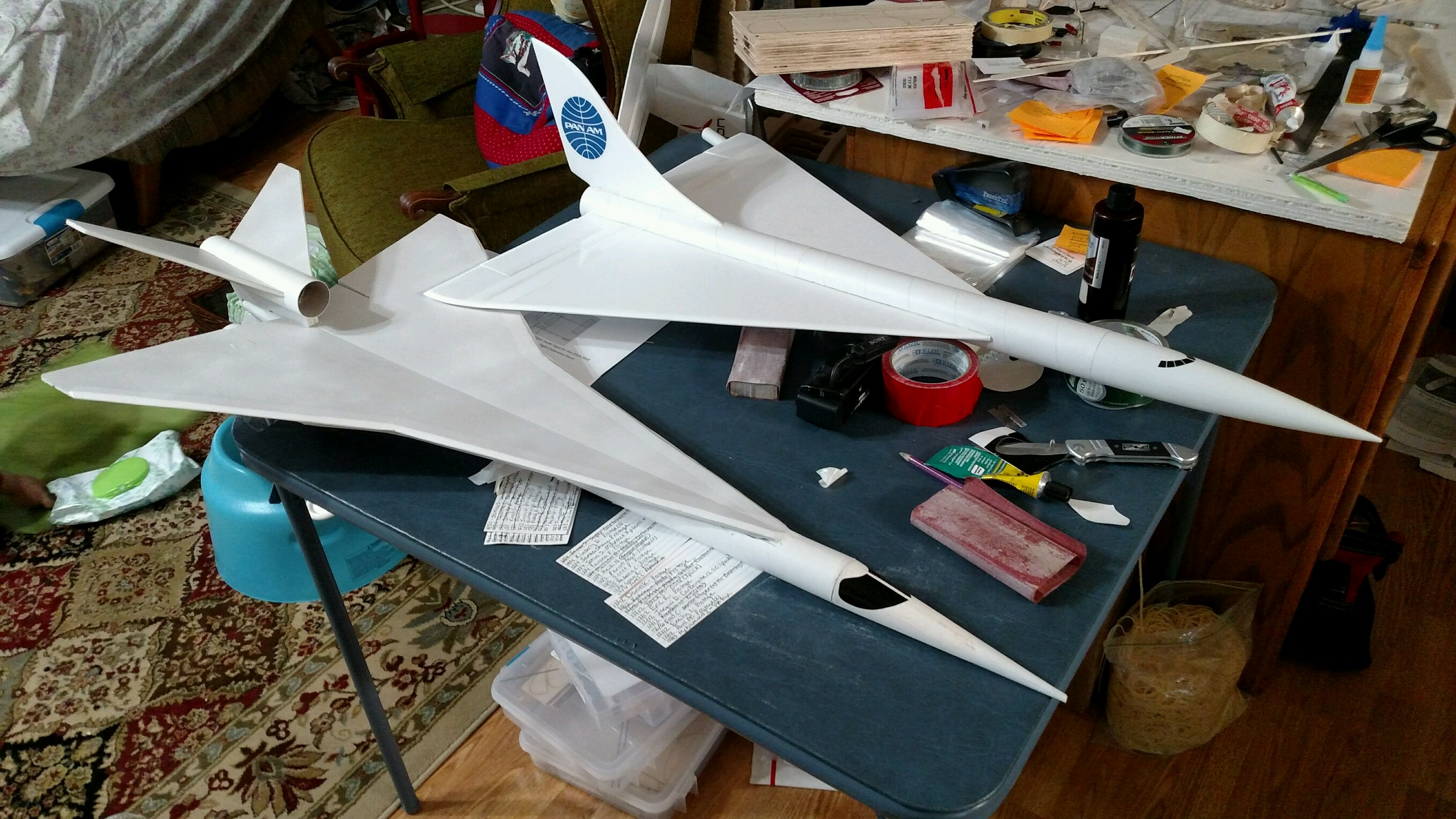 I borrowed the power pack from my N+2 for the maiden flight. Fits perfectly, but I only had room up front for a 3s 350. More than enough power to get it going though. 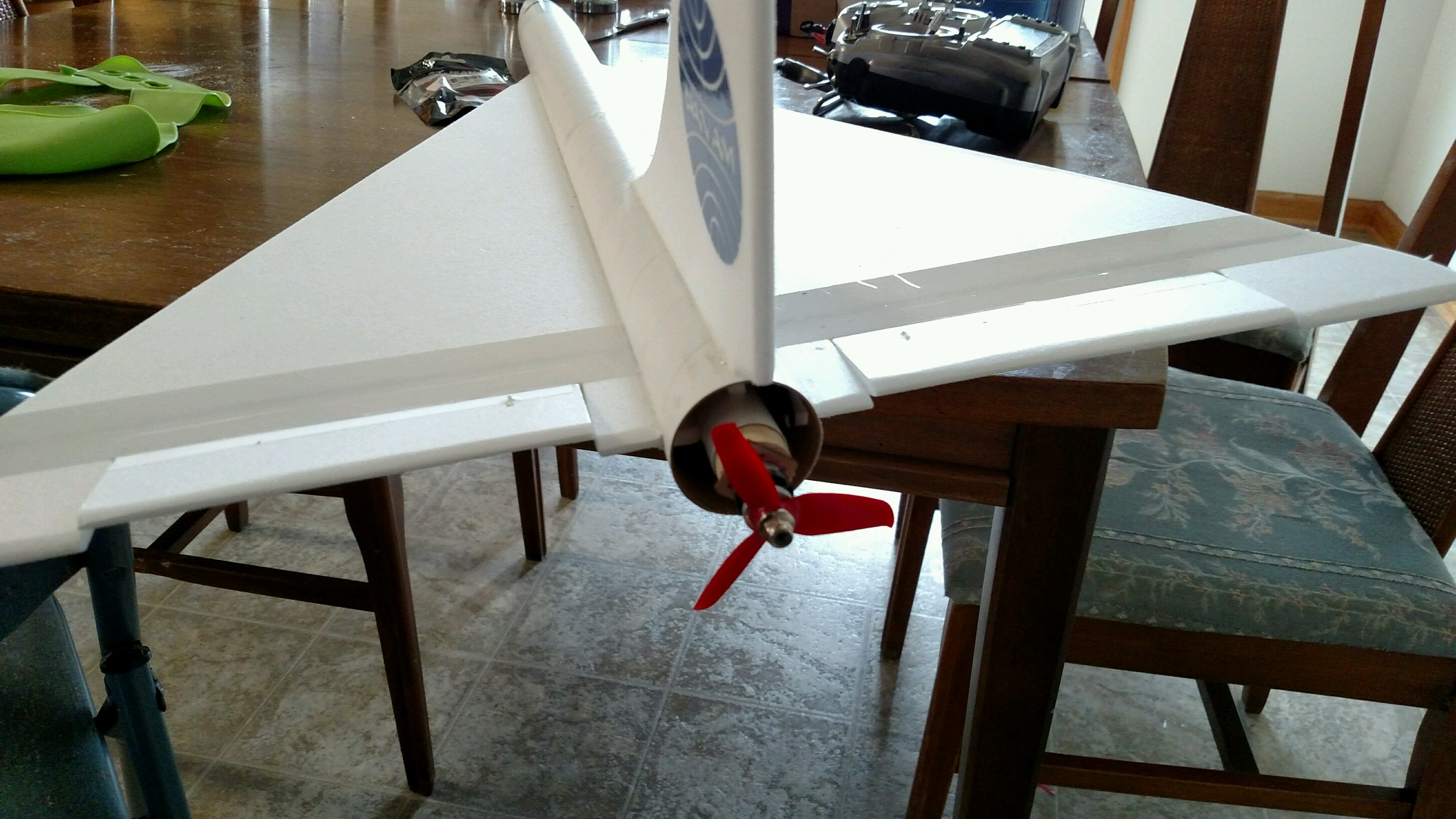 After that I fired it up on an E6 reload and it flew great. Got some really nice video, which I'll upload once I'm done editing. The Stratodart is very docile, but fully aerobatic if you bang the sticks and manage energy well. Very nice plane, highly recommended. It's definitely an A+ great first R/C rocket. 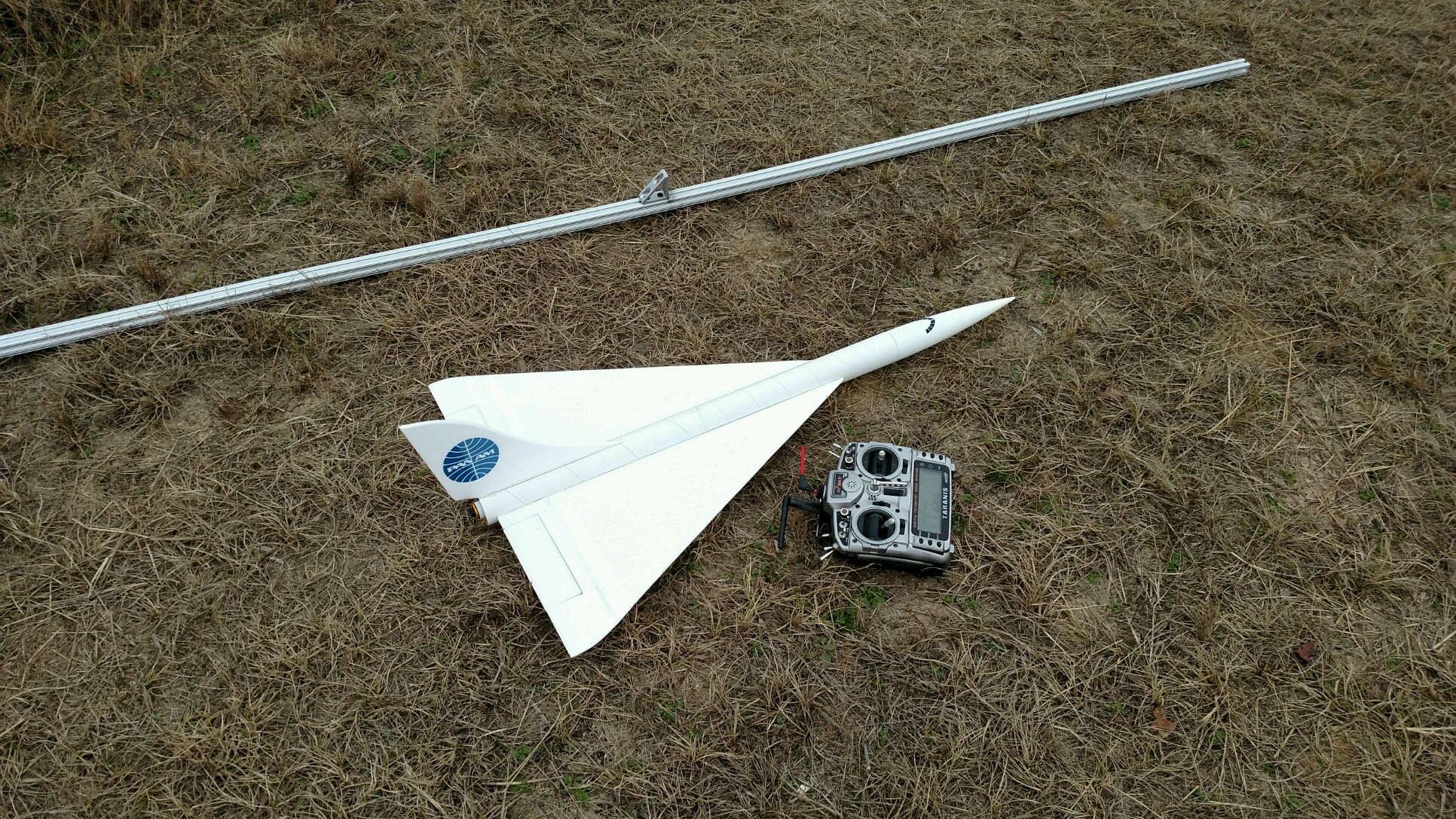 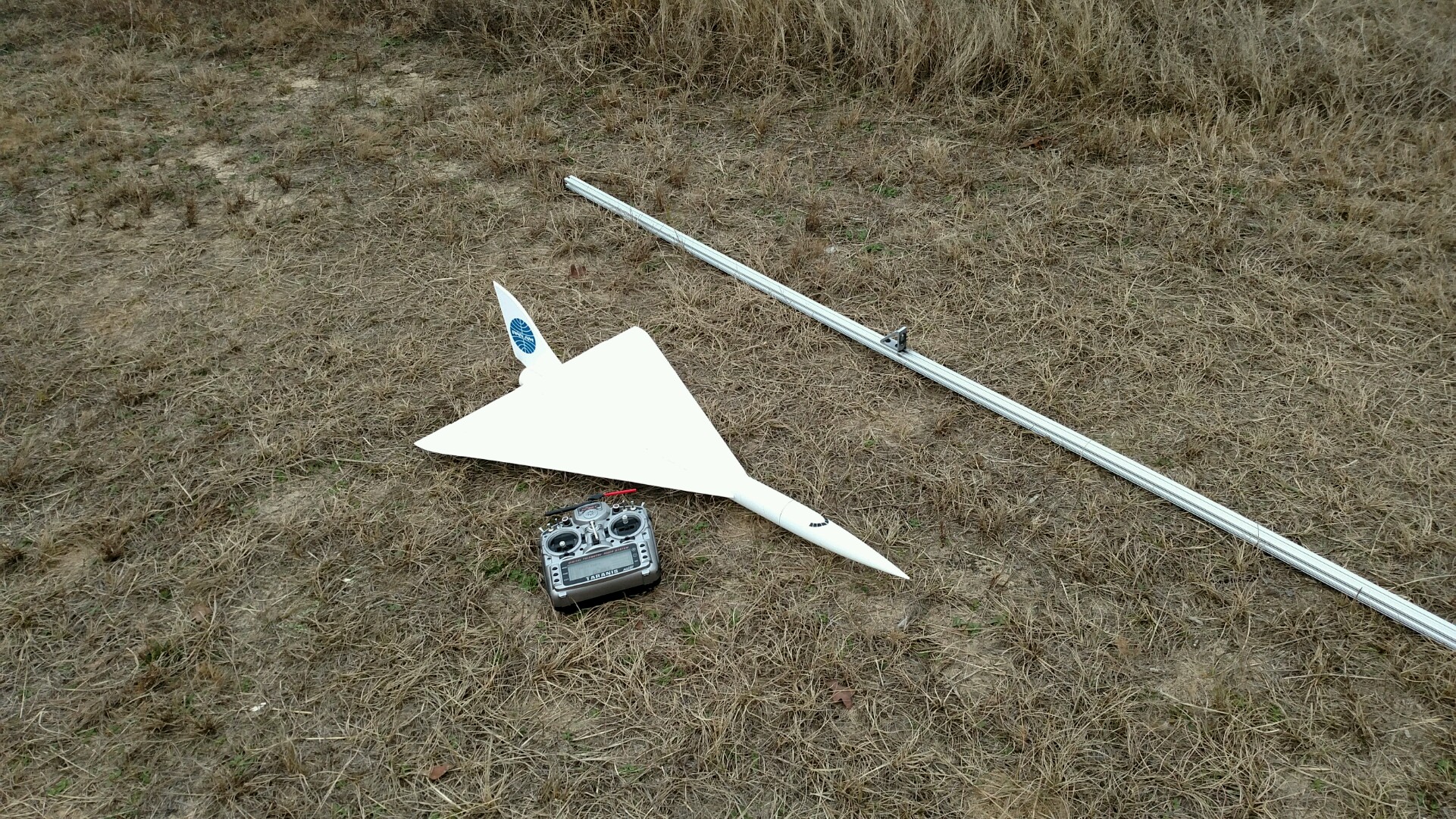 #4
I'm going to wait a few days to release the flight demo for this sweet bird, but in the meantime, here's the build video:

#5
At last, here's footage of the Stratodart in flight. What a fun airplane!