Mentor
#61
What is the top plate made of?

So I decided to use the G10 to replace the plywood frame on my hex. But for frame plate in this particular design, it's really overkill. I could have easily used 2mm, or even 1.5mm. As a matter of fact, using the 2.6mm, I wanted to make the inner circle diameter larger to where the G10 was only around 4mm in width at the ESCs, but my wire ring harness would have shown as it's right at 6" in diameter.

I was also confined in that I had only two sticks of 750mm CF square tube, so my booms could only be ~250mm each so I was limited to how small my outer dimension could be.

Because of the way it's designed, to only use 6 fasteners . . .each clamps the end of one boom and midway of the next. . . I am restricted to 8" props or smaller. I'm pushing it a bit, in that the prop disks have about 6mm of clearance.

But using a double plate of 2.6mm, the hex is crazy stiff. WAY stiffer than the plywood. I also put a 1" piece of wood dowel inside the square tube at the end and in the middle where the tubes get clamped. I've noticed before that 10x10mm square tube will bow out a bit if it's clamped too aggressively, and clamping force is absolutely critical.

I used a bandsaw and a Proxxon (like a Dremel) with a grout cutting tool and a cutting wheel. I had to severely limit my cutting the G10 with my band saw, because G10, as well as CF, dulls the blade QUICK. I would literally equate a ratio of 200 to 1 to cutting an identical thickness of plywood to CF or G10. You can dull a 16TPI standard hardened steel blade to uselessness after cutting only about 12" of 2.6mm G10. Ask me how I know?
Last edited: Jun 10, 2014

#64
Refit complete, except for some wire tucking. Flies great. And I notice 150g less weight. 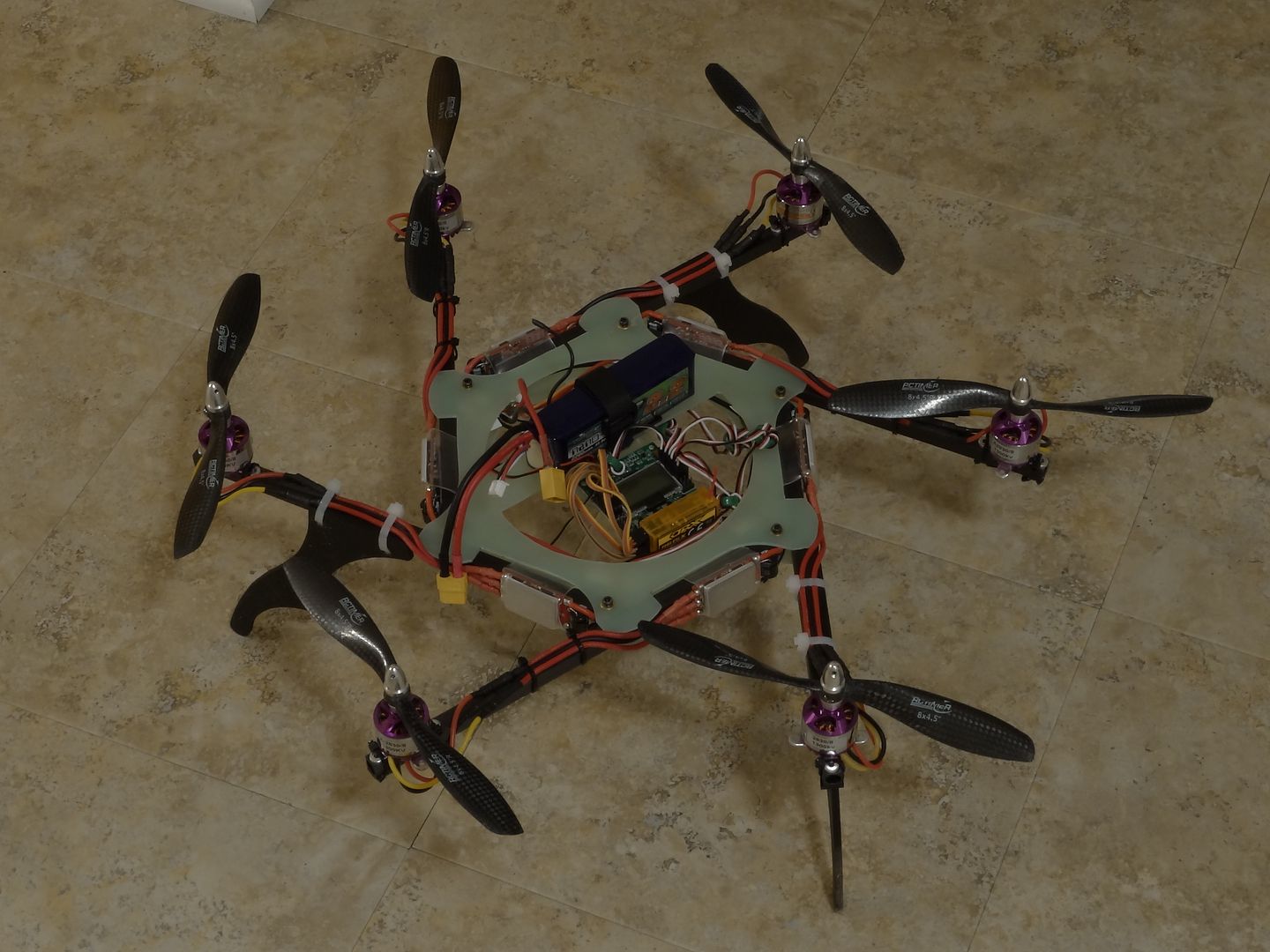 That does look very cool in the air Cyber! And you have better weather there too. It can't decide whether or not to rain here right now.

#67
It was SO humid here, the first video was worthless because the lens was in 72F AC and went out into 90F 85%RH and the lens was totally fogged. 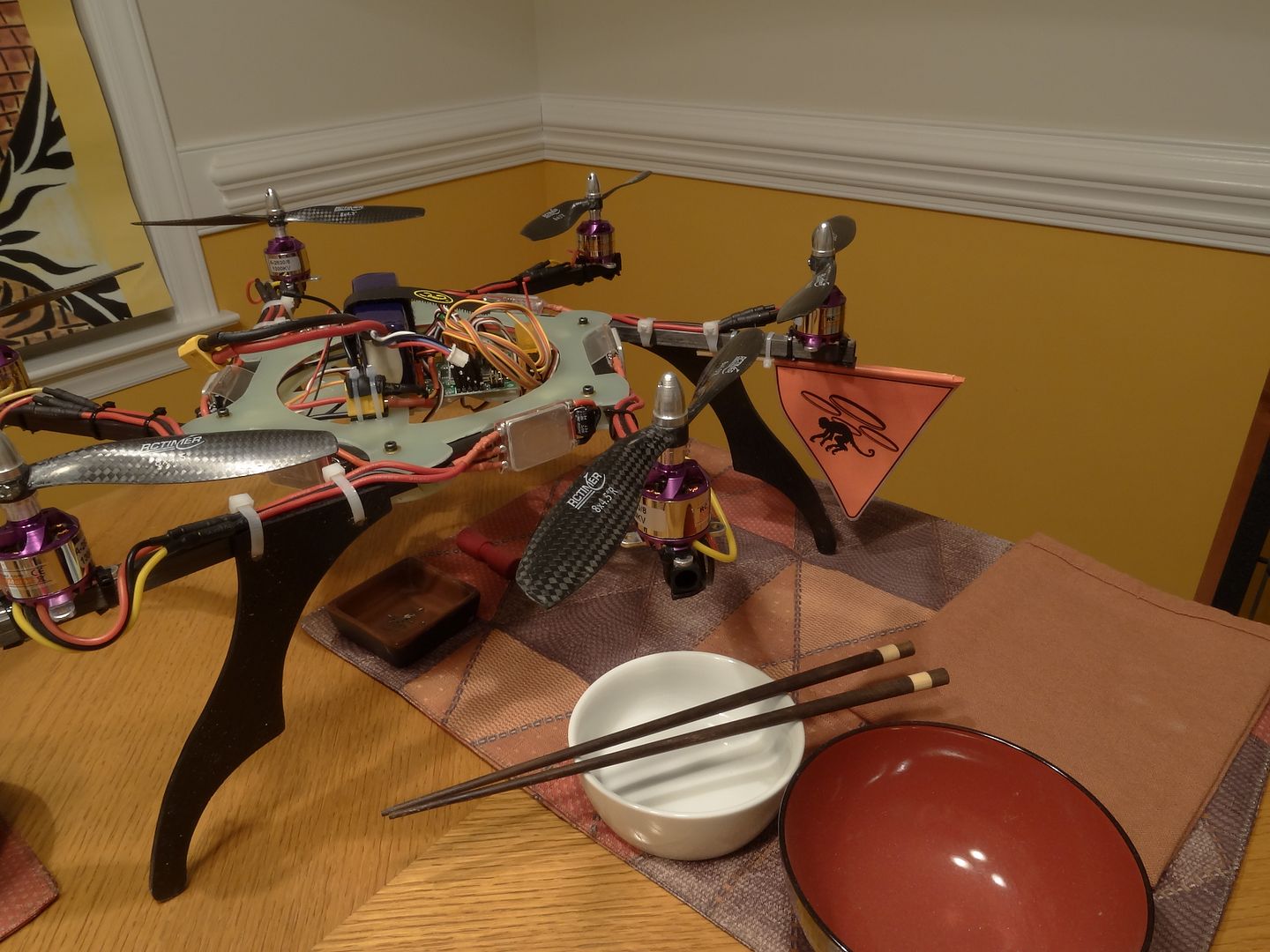 The Mini CyberQuad is finished. . . .on paper.

Now to get out in the heat and humidity and start cutting CF! 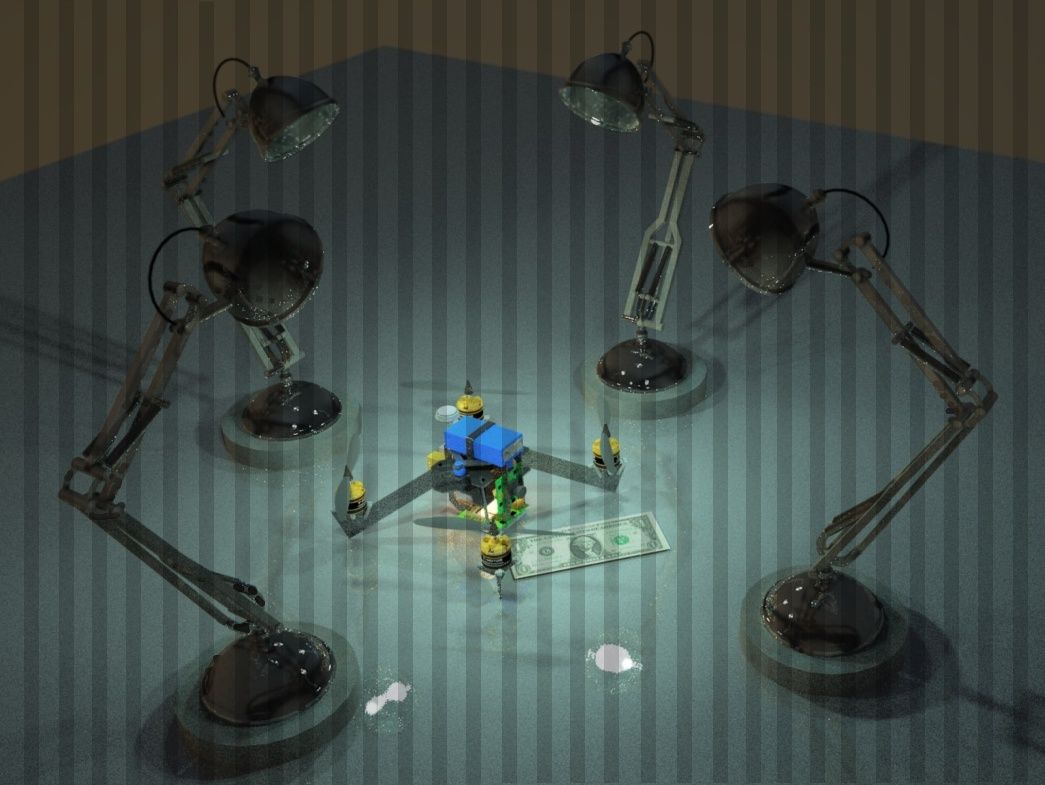 #70
FINALLY got around to making a test stand capable of easily changing out obstruction plates of varies shapes and sizes. I can measure thrust, prop RPM and motor and ESC basic electrics.

Still need to get all the stuff organized. On my quick and dirty initial tests, it appears the efficiency curve starts taking an increasing hit faster than the rpm would suggest as the rpm climbs. There are SO many variables. . .motor sizes, plate sizes, distance from plate to motor, shape of obstruction, surrounding air movement (speed), etc. I maybe able to measure 'air movement' as I have a leaf blower than can deliver air velocity around 40mph at around 5 feet. Not exact real world conditions, but it will give me general data that I may be able to interpolate. 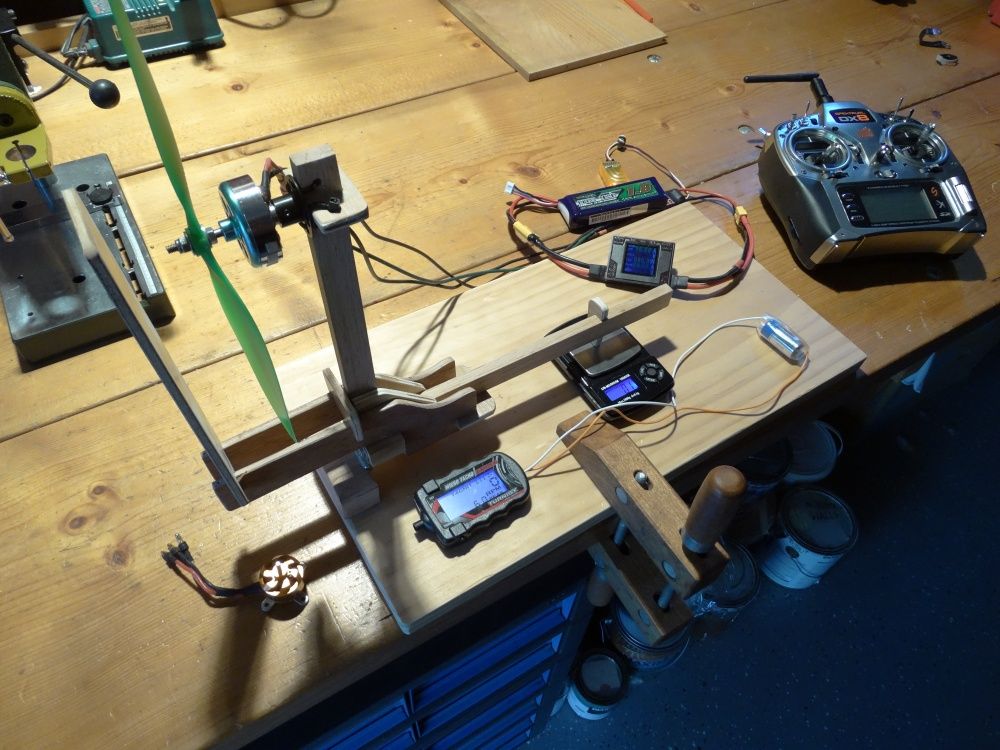