Transferring plans to foam board?

I am starting into scratch building with a Bloody Wonder.
Here is my question:
How do I transfer the lines from the plans to the foam board?

I can see laying the plans on top of the board and poking a pin or thumbtack through at each corner and then "connecting the dots". But, there has to be a better way.

What method(s) do you recommend?

#2
If the plans are full size, you can trace them with the death saw torture looking for thing from the nearest lady's sewing kit. Or the Walmart craft dept. 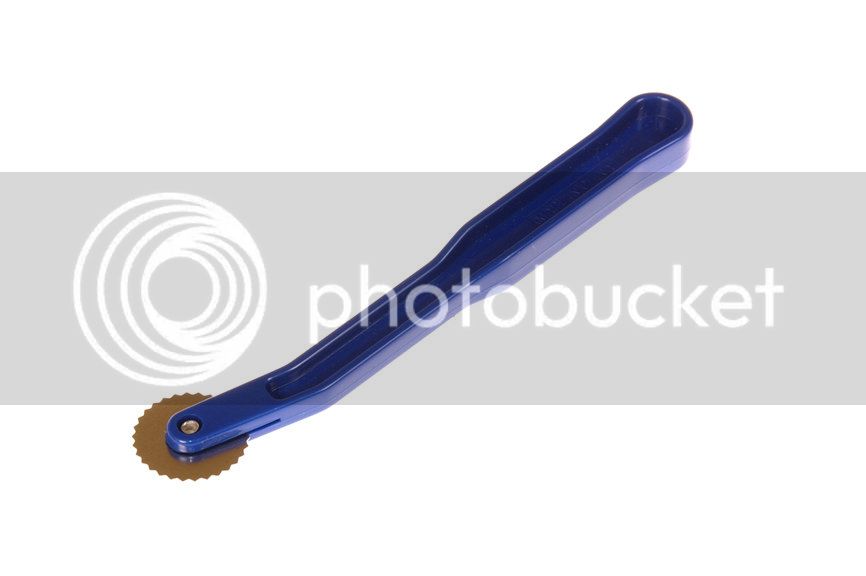 #3
I've always just cut the plans into individual parts and then taped the parts to the foam with clear tape. Never had any trouble doing it that way. The tape will rip the paper on the foam when you remove it, but the tape only ends up on the scrap foam pieces so it's not a problem.

Closet thing to sticky-note glue you can find (that's not on a sticky note!). Check office supply stores as the school season starts up again -- can find some good deals.

Cut out the plans, paint the pieces with the glue, stick and cut around. Works on foam board for a single cut, or mat board for templates.

Mentor
#5
For simpler planes like the BW and FT Flyer I just got out a ruler and and drew it right on the foam board. But that's because I hate taping plans together and didn't want to spend more than the plane would cost to have it printed full size on a single sheet

For more complex plans I do tape the plans together (though I often re-work them in photoshop so the pieces fit better on single sheets or use fewer sheets of paper) and then use a low tack spray glue. I first used a little can of glue from the craft store sold for temporarily holding stencils - but when it ran out and I went for more I couldn't find it again. Instead I found some Krylon "Easy Tack" repositionable adhesive that seems to be the same thing but in a much larger can. It works great, holds well enough that the plans stick while I'm cutting...but peels off easily and doesn't take any paper with it.

For things like skewer holes and other small internal spots I'll just push a pin trough the board to mark it.

If you use the spray adhesive though just be sure to do it outside - the stuff gets everywhere and stinks when you spray it, try not to spray it on your hands either...it's a pain to wash off. Once it's on the plans it doesn't really smell and is no more sticky than a post-it note.
B

#6
THANK YOU everyone for your replies. Each method has it's advantages and merits, as well as limitations.

Because I am impatient and figured it couldn't hurt much to try my push pin and connect-the-dots method, I went with it while waiting for replies. All I would need to do if it failed would be to get a couple new boards and print the plans again.

So, here is what happened.
After assembling the printed "tiles", (I have a lot of experience with doing this as I also make custom high performance stunt kites and the process is fairly common.) I simply attached the large sheet on top of a piece of foam board along one edge with 1" wide Blue Painters Tape that had been "de-stickified". (To de-stickify a piece of tape, just stick it to your shirt prior to applying it to the paper. This coates the adhesive with just enough lint to allow it to hold well, but be removed without shredding the paper it was attached to.) This held the plans in place while transferring the marks without allowing the plans to slide around.

I then used a very small wire, approx. .5mm diameter (A trimmed off lead from an LED on another project.) and held it with a set of curved forceps allowing about 2mm to stick out. I then proceeded to punch holes through the plans and into the board at every line end and corner.

Once complete, I just removed the plans from the board and traced out the pattern(s) onto the board. The real advantage I found with this method was it allowed me to very accurately position the marking pens into the starting holes, position the straight edge against the pen, and then align the straight edge to the rest of the line. When actually drawing the line, the holes gave very accurate tactile feedback as to when to stop drawing the line.

I also found that the same tactile feedback and positioning of the straight edge were possible with the hobby knife. The holes really helped, and were in no way damaging of the final product!

Again, thanks to everyone for their input. I'm certain I will be using some of these approaches in the near future.