#1
I really liked the game “Crimson Skies”. I think it wouldn’t be too hard to adapt the foam board into making one. 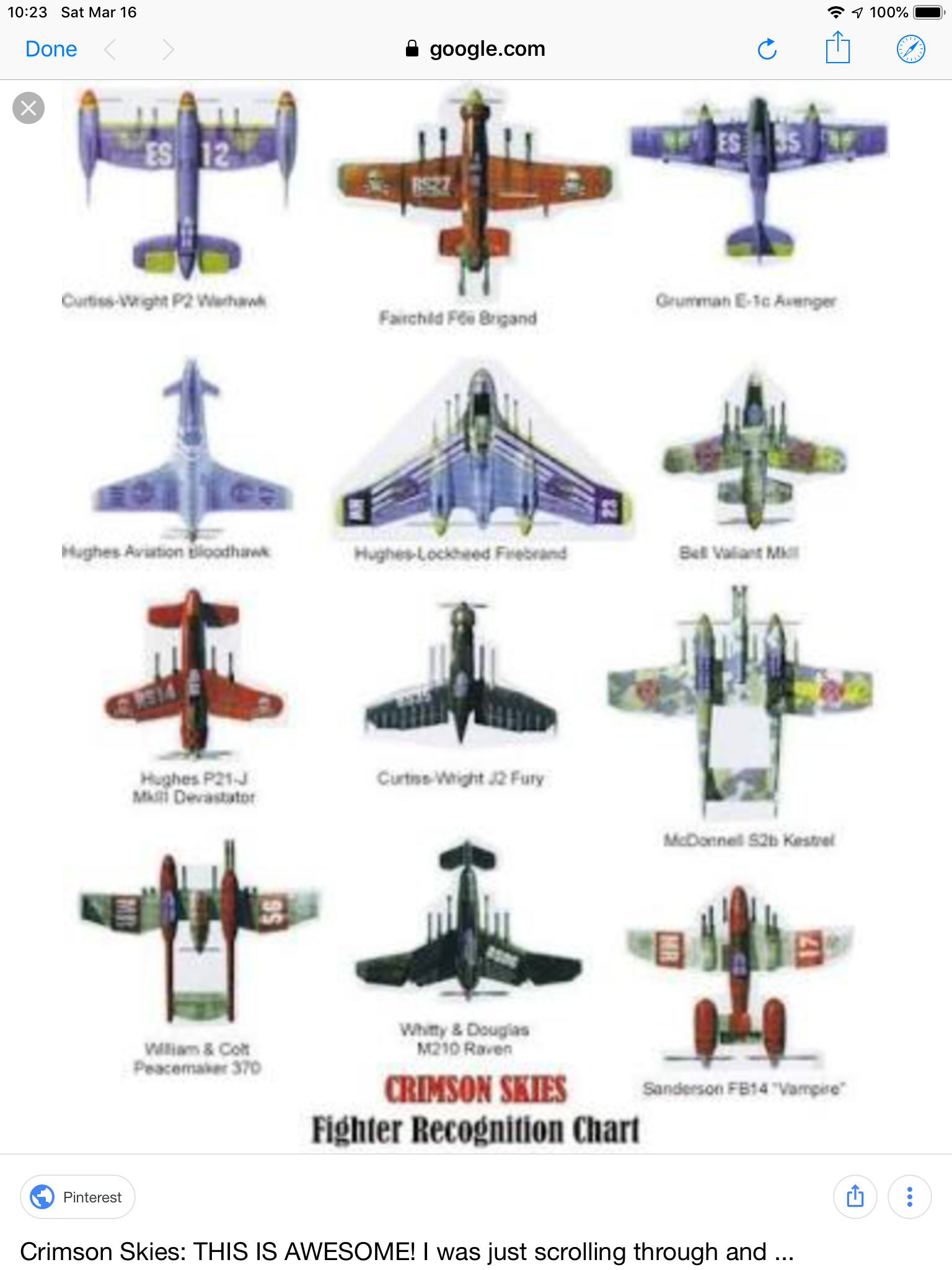 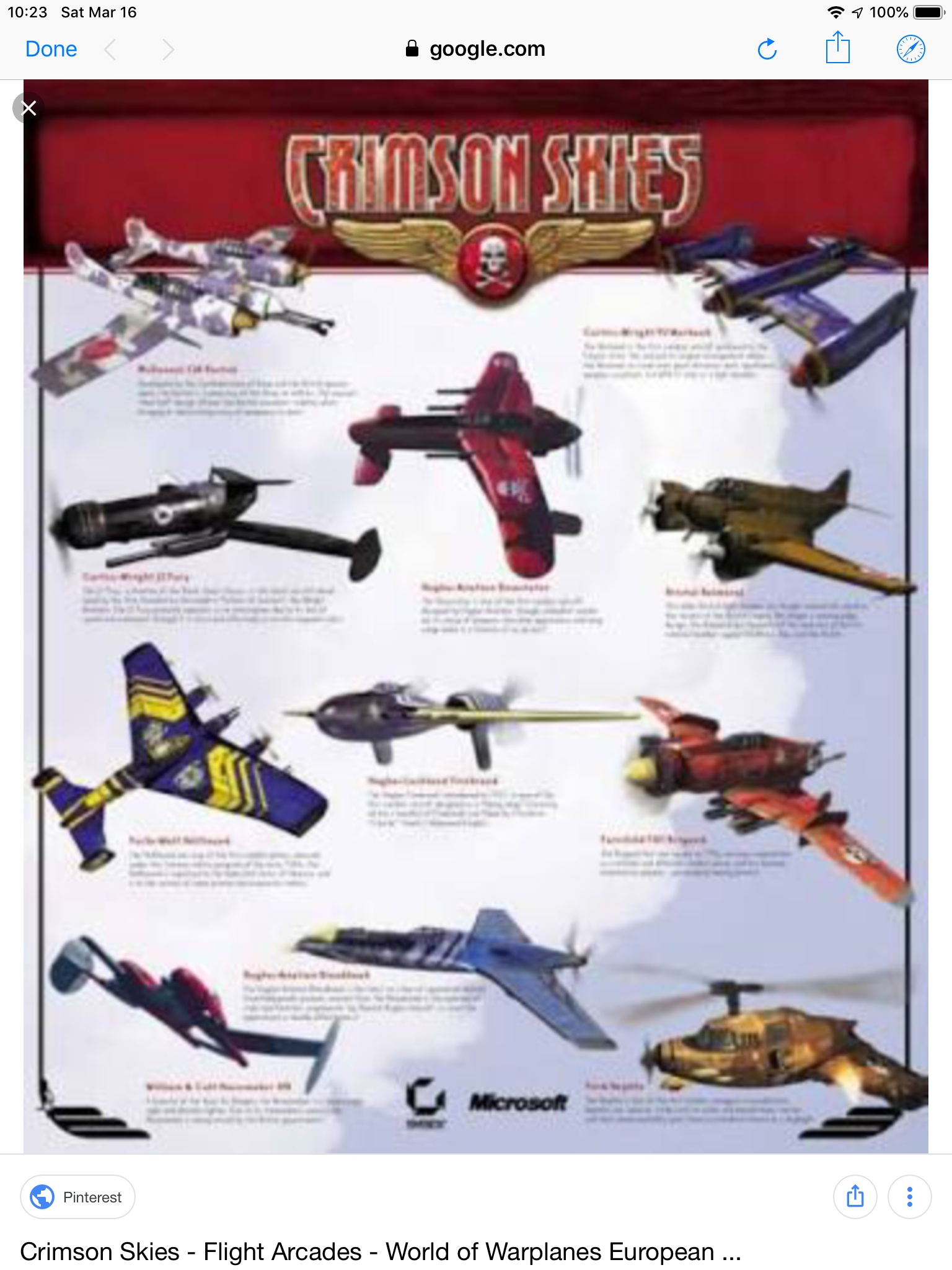 #2
I created an account just now because I would love to see this be a challenge on the channel for everyone to recreate an aircraft and fly them.

My 2 absolute favorites from Crimson Skies: High road to Revenge were the Hughes Bulldog and Hughes Aviation P21-JMK11 Devastator

#3
@localfiend made a 3d printed Devastsator here: https://forum.flitetest.com/index.php?threads/3d-printed-hughes-p21-j-devastator.38420/ I'm not aware of any other rc Crimson Skies plane, though.

#4
Big for Crimson Skies, I loved that game on computer growing up.

I have seen (somewhere) a video of a foamboard Devastator flying, it flew pretty well considering.

The Firebrand is just a flying wing, no reason that shouldn't work.

Likewise, the Kestrel is essentially a P-38, and we know those fly well.

The Bloodhawk is a canard design, those can work, but they are problematic to design. I would suspect a model would need the size of the canards increased for stability.

The Avenger is a pretty straight forward twin-engine design, again I see no reason why that wouldn't work as long as it was balanced properly.

Even the pusher prop design Peacemaker should work.

I guess what I'm getting at is that a lot of the planes in Crimson Skies should work as long as they are balanced properly and have enough lift surfaces and control surfaces.

There are a couple designs that would be far more difficult I think.

I think the J2 Fury would be quite the handful given the wing placement and tail surface. The wings are pushed way back and it's not a canard design. It also lacks any vertical control surface, which means it would need to fly more like a wing.

#5
Turns out the video I saw was for the build that @localfiend did. Here is a link:

#7
rockyboy said:
There are links to plans for 5 or 6 Crimson Skies planes in the challenge thread from last summer

https://forum.flitetest.com/index.php?threads/2019-fantasy-aircraft-design-build-challenge.54677/
Click to expand...
He's right there are a number of them in the challenge... many are mine... I suppose I should finish them up huh?
I have been actively distracting myself with other builds... I have a couple ready to test. (have to setup the motor properly.)