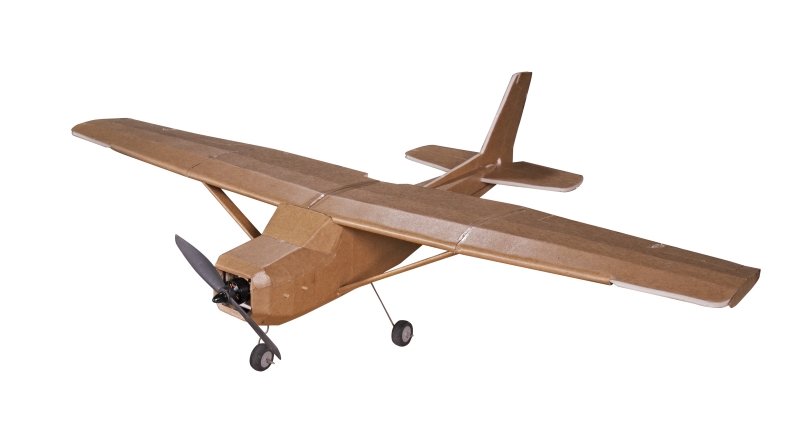 Description:
The FT Commuter is a community design by fellow Flite Tester Ben Harber. It is an intermediate build and flies as you would expect a small trainer. It can be set up as a bank and yank with aileron and elevator control or you can set up an optional rudder. The Commuter is perfect to throw in your back seat when on the go! It is an ideal choice for pilots looking for slightly more skilled build process, and a docile and relaxing every day flyer.

I had to use an F motor. The A didn't have enough power to get mine in the air with the A engine and 2 cell battery. The F pack with a 2 cell was great scale flying. Then still enough power to fight any wind.

Tried to use magnets with removable wing... not a great idea if you fly anything but scale. However, it just goes to show how great of a design this is. Fall from 50 ft with no significant damage after the wing came off in flight. Just a few wrinkles. Taped the wing on without the magnets (also not a good idea). Another unexpected crash from 50 feet. 5 minutes later, tried to fly with rubber-banded wings but was too windy to get it trimmed. (I did not lose the wing, though.) I will definitely make a fleet of these. Great flyer and can handle much more wind than the sport cub.
This is such a smooth flyer! It's definitely one of the best flying planes I've ever flown!
Read more…
Menu
Log in
Register