#1
A little while back I had the idea to turn a crashed T-28 S into a new plane. The T-28 was turned into packing foam after meeting with a brick wall. So I stripped the electrics and bought a new gear box (old one was in 3 peices) I soon decided on a damage resistant cub. Easy to build from scratch. So I got to my desk and just started cutting balsa and basswood. I decided to make the side walls of the fuse out of basswood for strength and adding a top piece out of balsa. I made a “power pod” type set up where I just glued all of the 1s electronics to a rectangle piece of foam. I glued the power pod into the fuse so I’d know where most of the mass would be. I then made a canopy out of foam and sanded it down for a nice streamline look. I then made the main wing out of a sheet of balsa and sanded basswood pieces into uniform airfoil shapes. Then glued them onto the underside of the wing to give it an airfoil. Then I cut the wing in half and hot glued them back together to form a dihedral. I cut out simple balsa control surfaces and stabilizers and glued them on. Then I found the CG without the wing and mounted both the foam canopy and the wing about where I thought it should be. I also made control horns out of water bottle caps. Completely eye balling this entire build. All I really did was measure things out. I put a rubber band around the wing, put a battery in it and took it out for a very calm evening flight and it did fantastic! The wing cube loading is quite high so when it stalls, it’s aggressive. Most of the time all I have to do is throttle out of it. The specs are: flying weight- 2.0 oz, wingspan- 15 inch, fuse length- 11 3/4 inch, prop- 130x70, best battery- 1s 200mah. 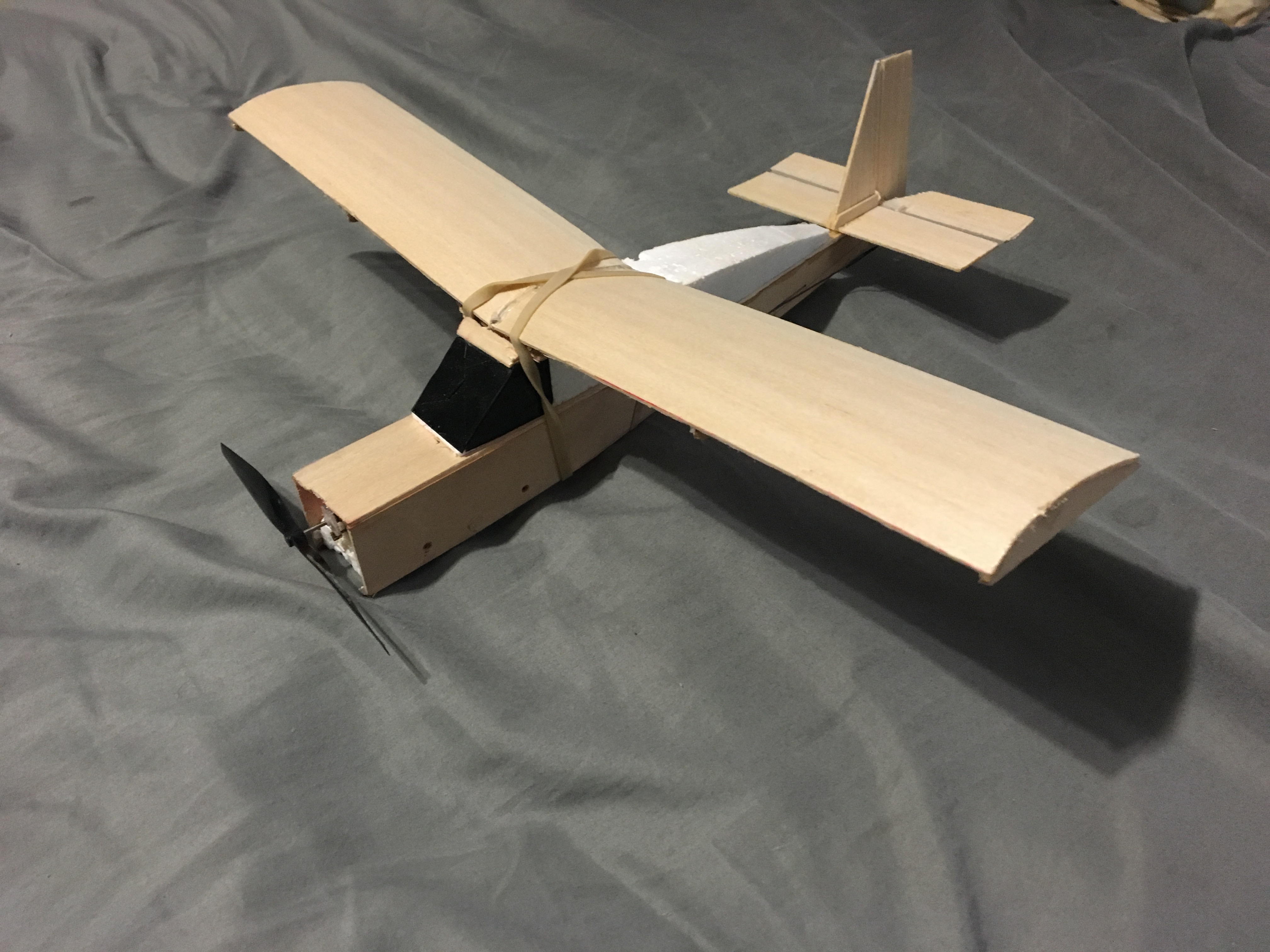 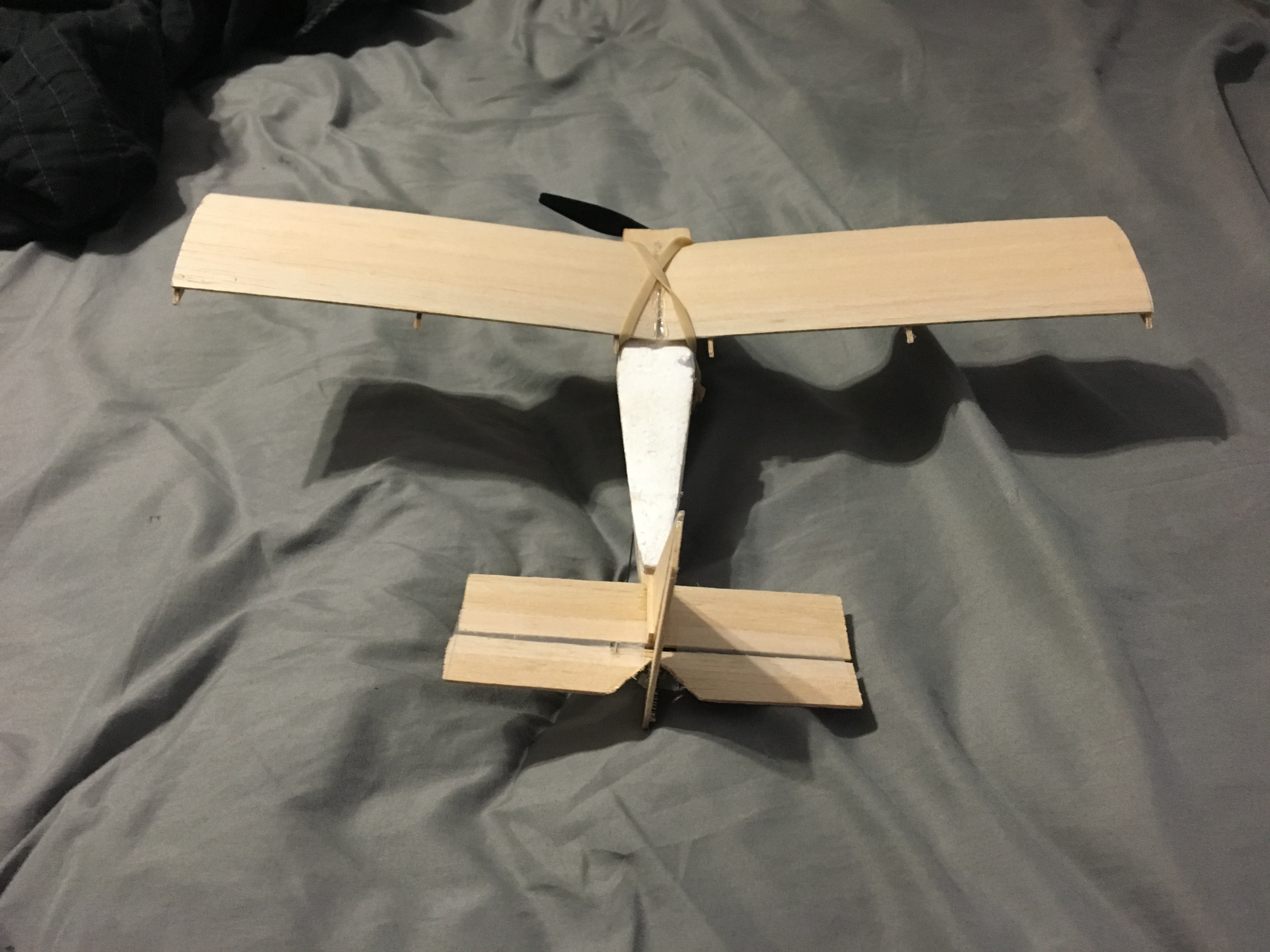 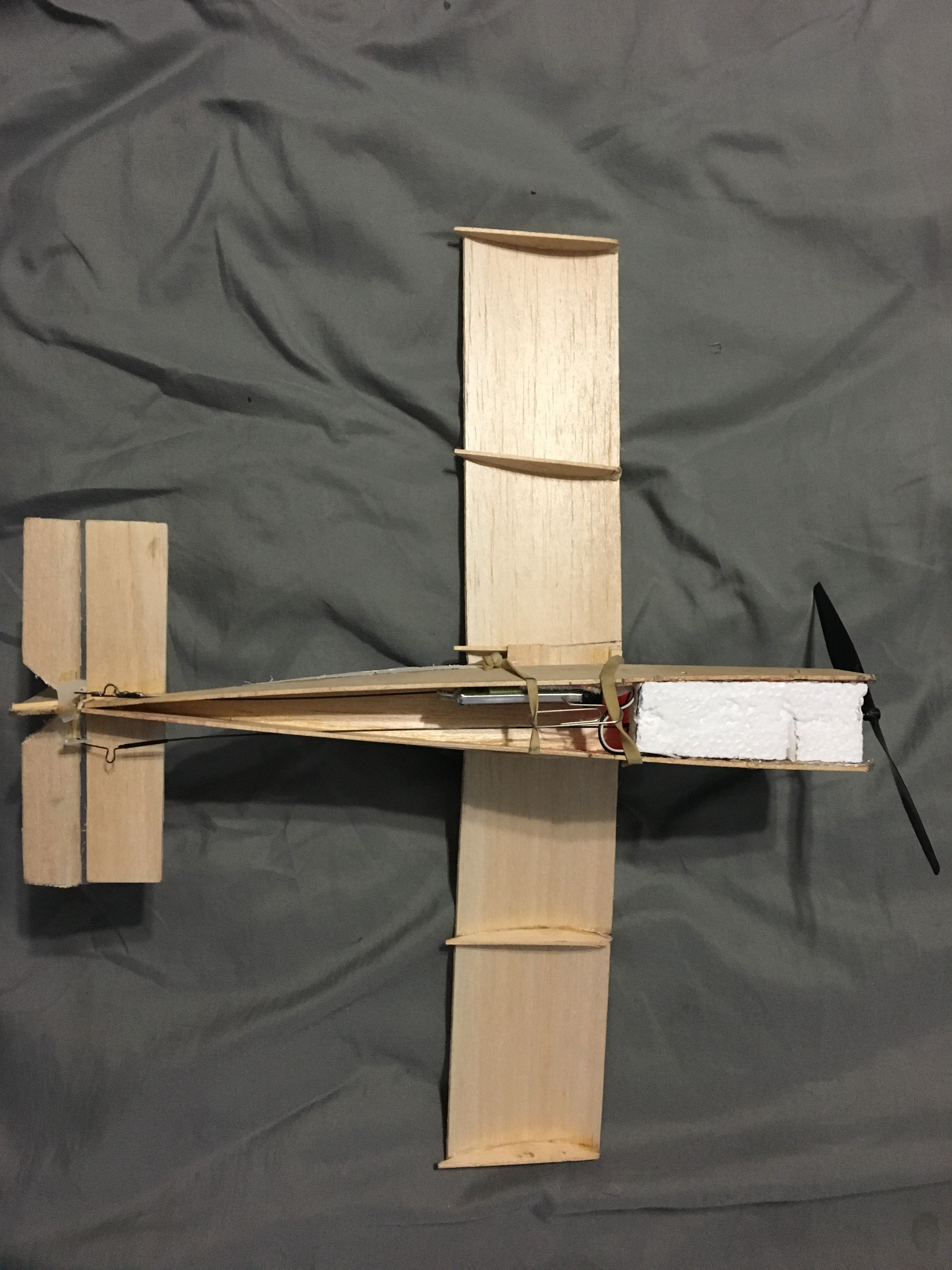