FT What Did You Do RC Today : Caution Offtopic At All Times

#1,101
SlingShot said:
Burn it!
Click to expand...
While some people like it, I've never been a big fan. I prefer a natural look with enhanced grain, or some basic paint.

Edit: I thought you were talking about this type of burning 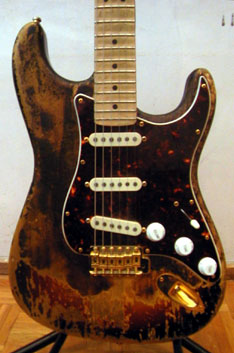 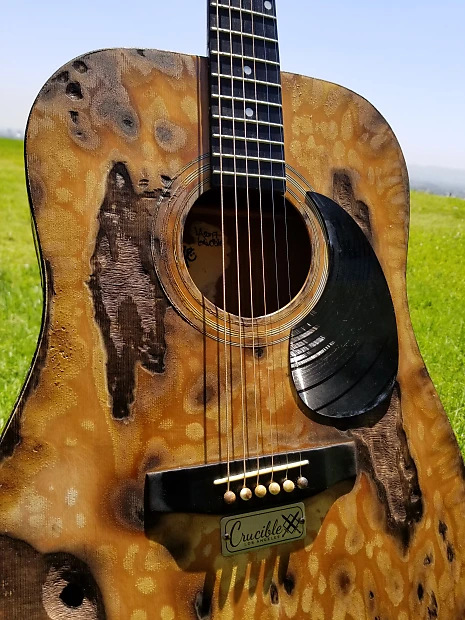 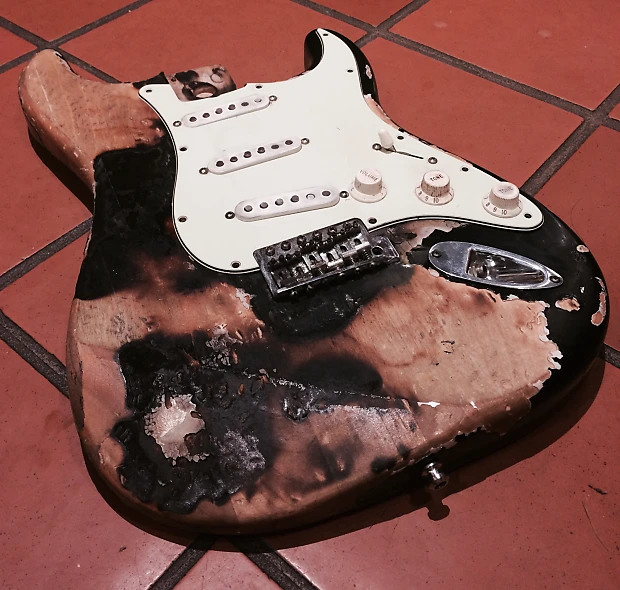 #1,102
I will just put on some linseed oil, it looks very good on that kind of wood.

#1,103
@Grifflyer that's pretty extreme. Don't really like those, and don't know what it is. But Philip got a nice effect by toasting it with a propane torch.

#1,104
Fluburtur said:
It has been several years since I last worked on the bass guitar I am making, I just needed to work the wood file for 2 hours but I have been lazy.
View attachment 129494
View attachment 129495
View attachment 129496
The body is made of mapple and the neck is pear wood, the fretwood will be hawthorn. All of the wood was given to me by a guy that lives near our mountain house so all of that is local wood from the center of france.
Click to expand...
Thats an unusual choice for fretboard wood. I know its a hardwood but have found nothing of luthiers using it. Its more used as a laminate.

The reason I ask is the wood chosen for the fretboard dictates playability as well as durability.

Most common are Maple, Rosewood, and Ebony.

Example how wood choice effects playing are: Maple is very slippery and good for those crazy shredders. Rosewood is more grippy and makes for better accuracy for play styles using a lot of bending. Ebony is even more grippy but its rareity only makes it legal on older guitars before it got the endangered status. Even Rosewood is getting harder to legally posess.

My point being research its use and playability prior to using it as you could take a real nice build and have it play like a brick on a stick simply by fretboard choice.

#1,105
The guy that gave me the wood builds his own instruments and he built himself a bass similar to this one before I even started mine, exept his is fretless and mine won't be. It seems his fretboard held up nicely, also I will but using flat wound strings on mine so it wont be too hard on the fretboard. I also made a pick out of the piece of hawthorn and it was rather nice (I gave it to my cousin and he promptly lost it, I will have more than enough spare wood to make more however)

Only issue is that it will get dirty very easily.

#1,106
I am looking at buyin geither the new UMX mig-15 or the UMX cirrus. Any suggestions on which is more fun or which to buy? Anyone willing to trade or sell theirs? Does anyone know what the code is for the cheaper price as on Horizon Hobby it says "'save with code""? Also does anyone know of any cheap prices of either.

#1,107
Or does anyone have any UMX planes that run on a 7.4v 2s 280mah battery that they would be willing to trade or sell for a really cheap price?

Happy Easter to all who partake. For those that dont... No Desert for You!!! 😁😂

#1,112
I am building a 30"wingspan cirrus SR22, anyone know of someone who can or has made 3d printed plans for cirrus SR22 landing gear?

#1,113
Had a few hours spare this afternoon so took myself off to the flying field expecting it to be super busy on a fine Sunday afternoon. Just myself and one other, so plenty of chances to fly.
Flew my Phenix 60 wing for the first time FTP. Previously the camera was pointed too high so I had modified it's angle and this time it was perfect
Flew my 5" quad twice, so much fun.
Gave my Freewing 1026 it's proper maiden and tested the iNav angle mode. The control surfaces had too much reflex and it was trying to climb requiring me to constantly add down pitch. The iNav angle mode was doing better at keeping the wing from acting like a bat out of hell so that's good and also tested it's ability to stop the wing from rolling more than the set angle (60°). Forgot to bring any tools to adjust the reflex so only one flight for this.
Finally the FT Racer got an outing, that plane flies on rails, super stable and relaxing. I'm always a bit nervous when I launch this plane then I remember how lovely it flies and the grin sets in
Good afternoon indeed

#1,114
I just got out to fly today, I was able to bring 6 planes (twice as much as I normally do) after about 3 weeks of being grounded. One of the planes present is a new design I hope to share with the public soon.

#1,115
Fluburtur said:
I will just put on some linseed oil, it looks very good on that kind of wood.
Click to expand...
Interesting. I'm about to use linseed oil to do some deep cleanings.

Fluburtur said:
I also made a pick out of the piece of hawthorn and it was rather nice (I gave it to my cousin and he promptly lost it, I will have more than enough spare wood to make more however)
Click to expand...
Ummmmm......yes please 😎

#1,116
I tiled Mini Mustang and Mini Vampire plans. I'm getting a lot better at that, and I believe that I will forgo the hassle of making templates.

#1,117
I went flying this morning and finally got some video of the KFM800 wing flying. Wind speed was quite high but I took it up anyway!

For those interested in the design build thread and plans can be found here: https://forum.flitetest.com/index.php?threads/collaborators-build-1-800-mm-kfm-flying-wing.54085/

#1,118
Put the stickers on the Pheonix today - man, it was tricky, they kept curling up and sticking to themselves - finally sorted them with a bit of cut and stick - looks, well, like a Pheonix should! 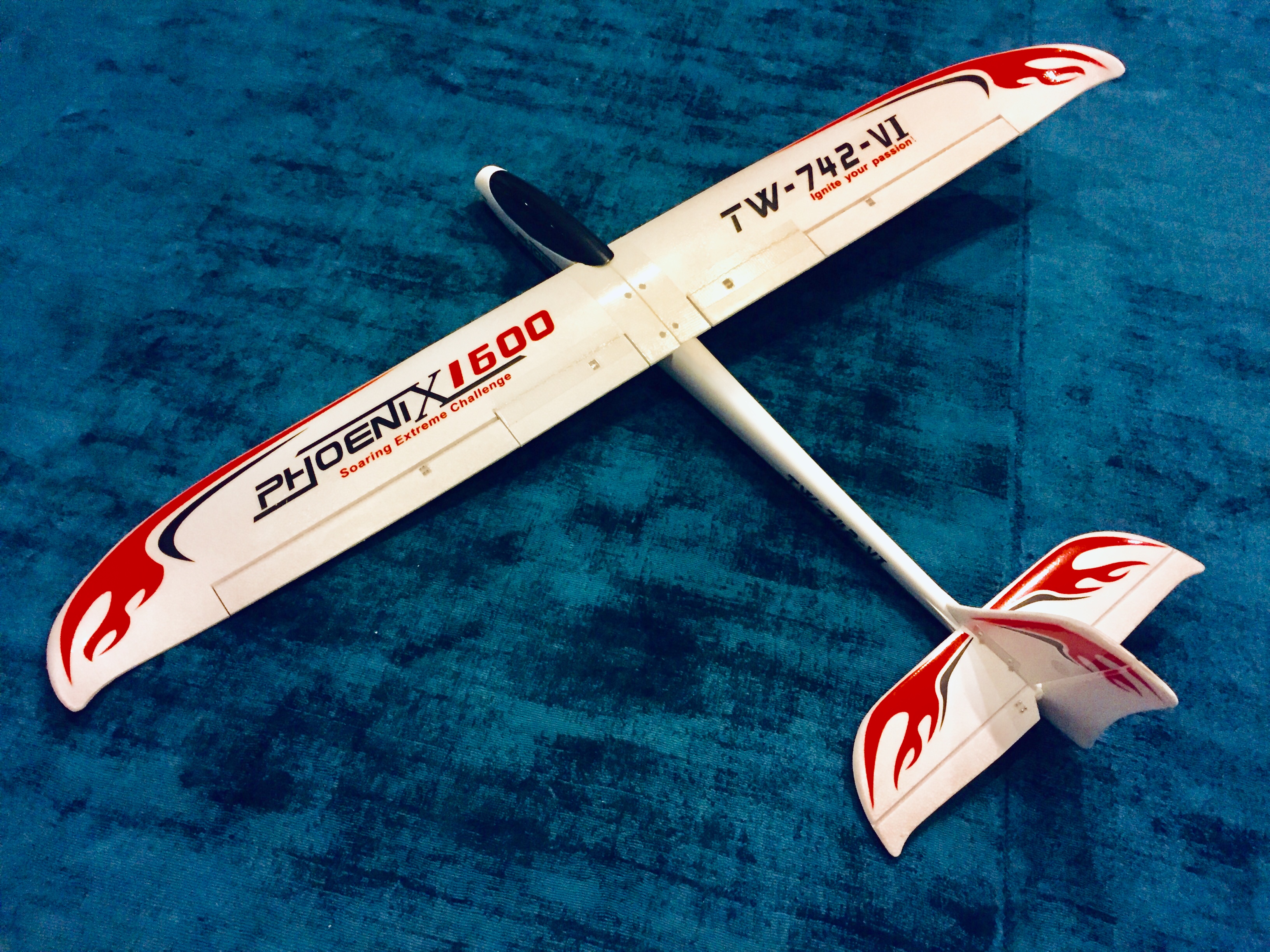 #1,119
I marked where the frets will go on the fretboard, I ordered some Fender medium jumbo frets from Thomann so they should get here in a few days.

The frets I ordered are pre-radiused so I am alos printing a sanding block to sand the fretboard to the correct radius.

#1,120
Wait if i disassembled a hair dryer and soldered the heating element to my motor wires and then put the heat part on the back of one of my ESC's wouldn't that add a lot of thrust as the air coming through the ESC would then be heated causing it to expend and be expeled out the back more rapidly????
You must log in or register to reply here.
Share: Facebook Twitter Google+ Reddit Pinterest Tumblr WhatsApp Email Link
Menu
Log in
Register