#21
Can you help?
What have others done to make a Canopy?

Build Concern and Plan notes so far:
I am worried that the landing pontoon-to-fuse connection being weak. During a hard landing, I suspect it will damage the fuse. also the holes marked on the plans for this purpose are not in the right location along the fuse or sized correctly. lastly the H-stab slot is not the right length width, or pitch. the pitch is the biggest concern. The rounded fuse is new for me, and without 3d modelling I'm not sure how to to line it up correctly. other than eyeballing my fix, and the mirror command.
The foam canopies did well, but I would like advice on how to make the canopy for this bird.

More History:
In addition to their usual scouting and gunnery observation roles, OS2Us were also used extensively as rescue aircraft, picking up downed aviators on the sea and bringing them back to the fleet. Most famously this capability was demonstrated during the raids on Truk during 1944, when dozens of pilots and crew were retrieved by Kingfishers. 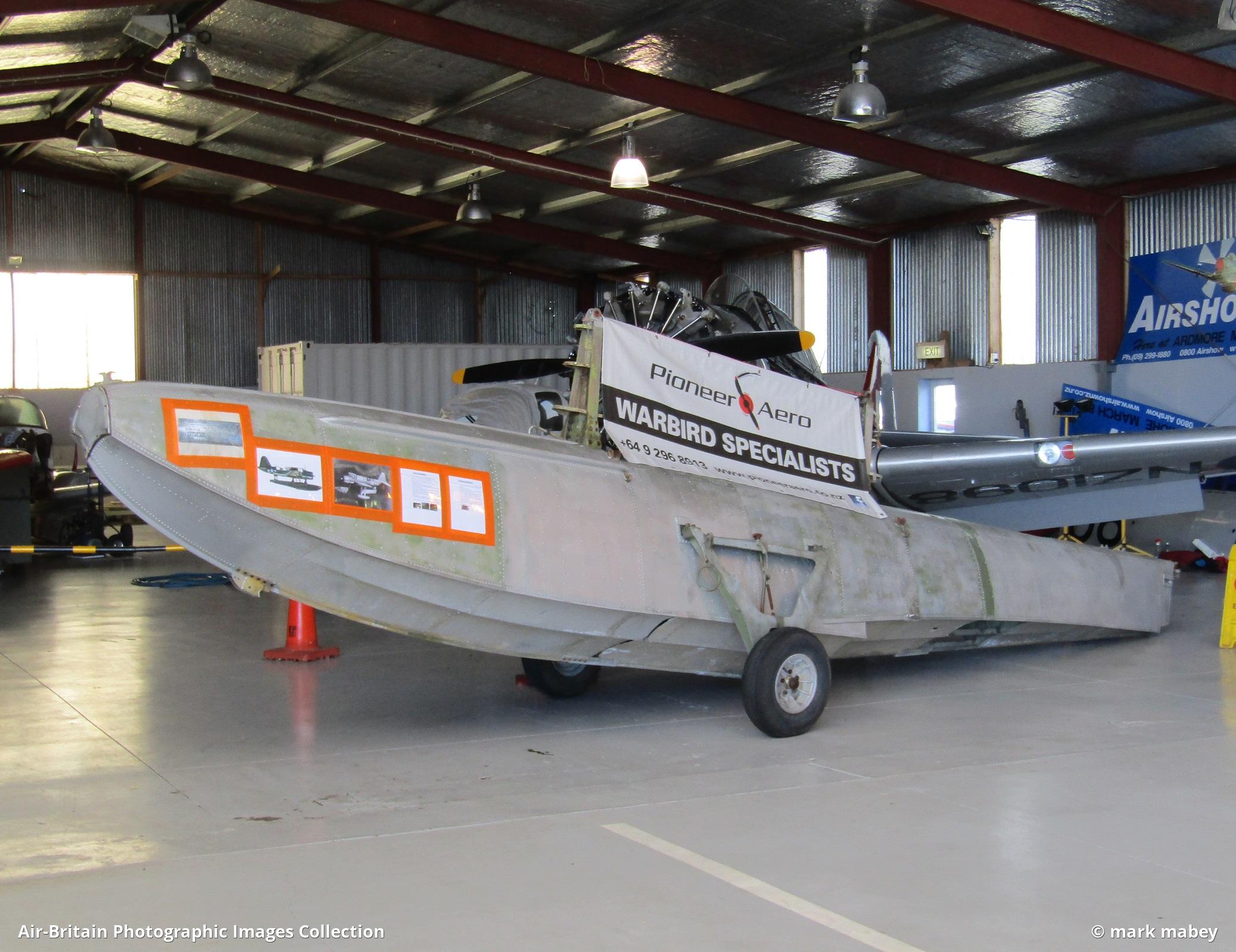 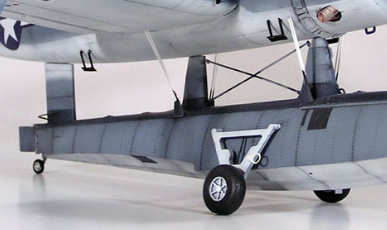 This triangle is half as wide as the distance from the front to middle vertical struts. Also Note the Diagonal braces from the pontoon at the front 2 v. struts to the 4 and 8 o'clock fuse points. (I'm thinking small thin rubber bands, skewers, or the thin wooden stirrers. then there is the tail wheel and rudder...
Open canopies:

#23
I’ve got limited experience here, but I’ve recently completed the Edge and it has a molded canopy. I suspect all the MS warbirds will have something to lend. Or modify the mustang or mig poster board canopy. Ooh, @Grifflyer made a sweet Razorback mustang, modify those? Honestly though, your hanger seems to have dozens more than I’ve attempted I feel kinda silly proposing options to you😋

Worked on the kingfisher.
Shoored up the nose with a power pod sleeve, add the rubber bands... (I'm not convinced).

And worked on the side pods.

Electronics almost down. Balances as is, no batt.

Almost done and ready to maiden.

#25
FoamyDM said:
@K3V0 , the foam version I"m ok with I meant for a clear one. Of you come across one, help me out please

#26
FoamyDM said:
@K3V0 , the foam version I"m ok with I meant for a clear one. Of you come across one, help me out please

#27
K3V0 said:
How about some of @nerdnic’s canopy designs? The chipmunk v2 could be modified to look like the longer one the kingfisher has.
Click to expand...
Good idea.

#28
I will likely have to do something better with a stronger connection to the main float. otherwise it is finished and ready for a maiden! 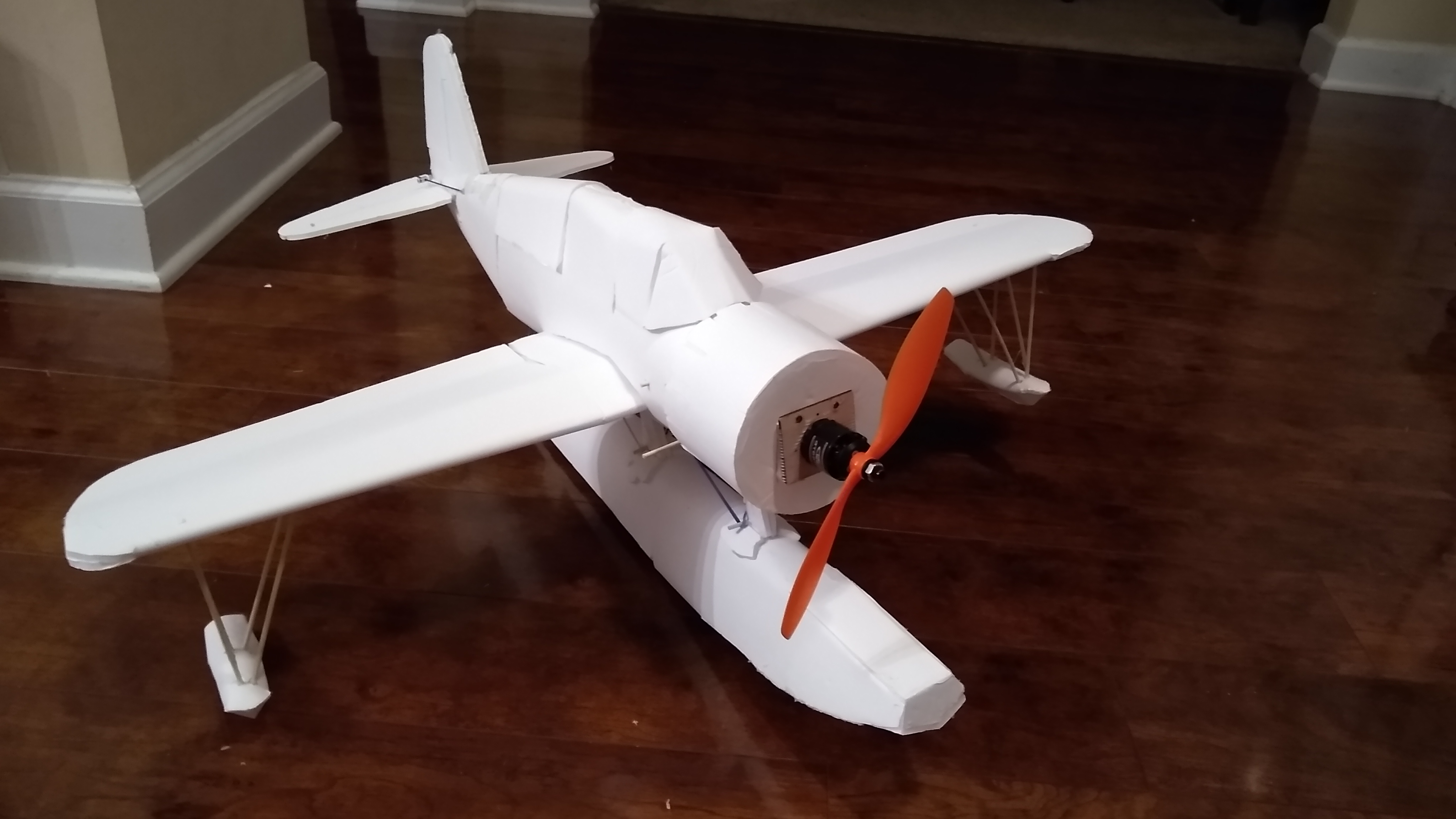 It's ready for a hand launch. and some paint. (and the front cowl.)
I will post the resource, and cross my fingers. video pending, and resource confirmation likely tomorrow.

#29
This plane has been submitted as a resource (available soon):
https://forum.flitetest.com/index.php?resources/vought-os2u-kingfisher-by-foamydm.109/

#30
Here the attaching of Side Floats, and one of the front canopy.

#31
I flew this plane yesterday! shortly like a squirrel
It was unfortunately tail heavy. and stayed up in the air, for maybe 3 seconds. the steady breeze exaggerated the touchy corrective movements. More importantly, the video facing the wrong way, and filmed the concrete pad the tripod was sitting on. In the video you can hear the motor rev, and my comments about it flying, shortly. and the crash not being so bad. (not sure it's enough evidence.) The second attempt revealed a flaw in the design. I did not put formers in this build, except in one spot. When it crashed, the paper removed sections, didn't have enough strength and the nose crumpled, and cowl tabs
While it looks bad, (parts strewn about) it looks like it can be fixed fairly quickly.

#32
Thats cool you were able to get it aloft! Did you take off of grass? The experimental phase is fun and I think I’ve always learned deeper lessons as I’m piecing together both the plane and the reason things went wrong.
Don’t stress the camera, man! Seems like you were focused on the right thing. 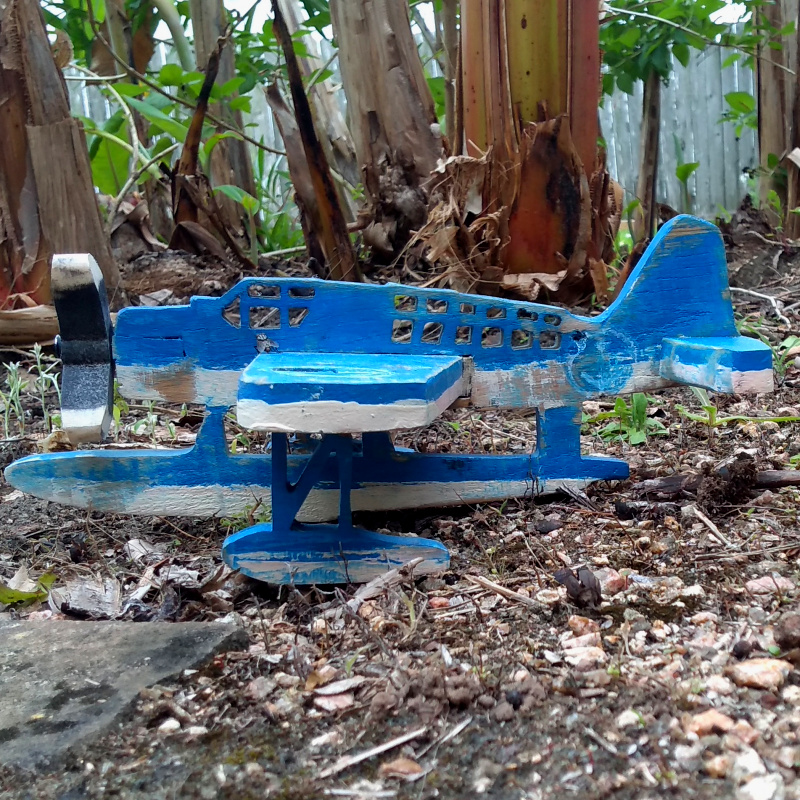 I still had to master the niceties of RC building, and especially flying, but in the meantime here is my Kingfisher, built from 1/2 in thick craftwood- actually a plank from a throwaway wood palette. It flies about just as badly as it floats, but it looks quite spiffy on the shelf in our guest room. 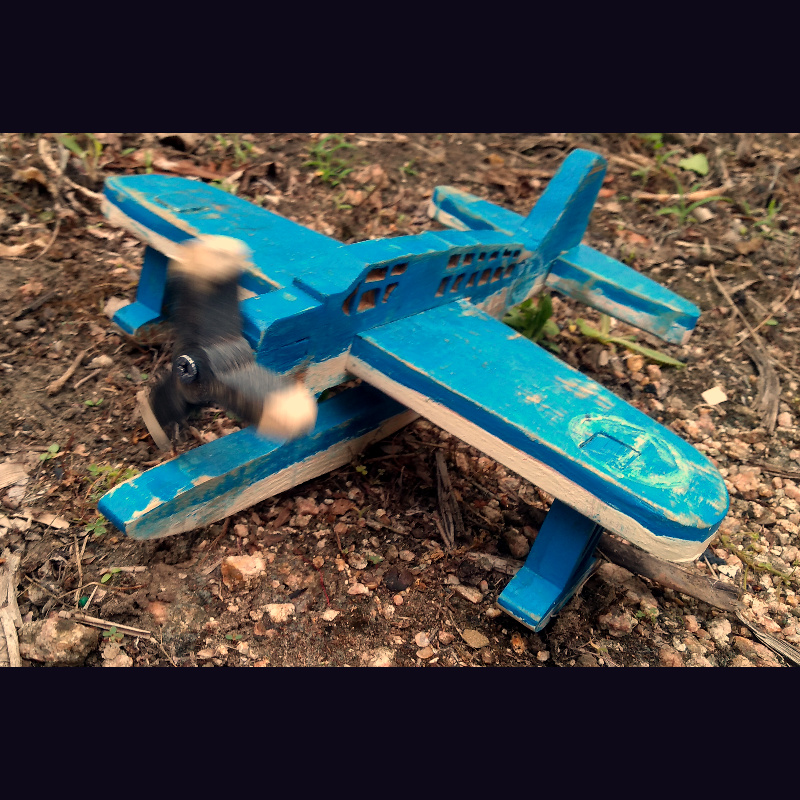 The 'jungle' by the way is the palm tree in our garden. 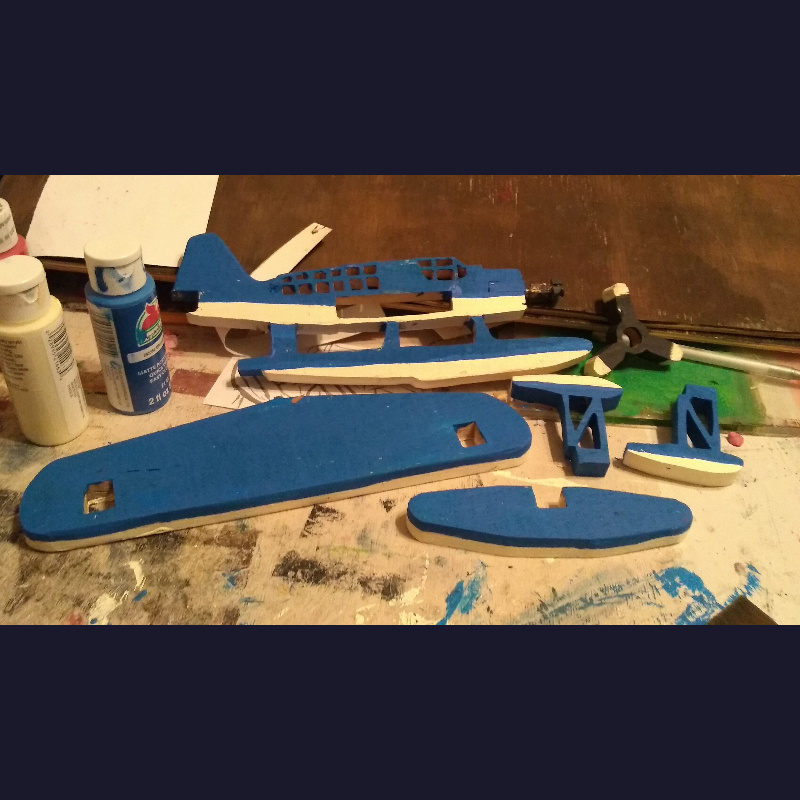 Scale is 1/36 at which all of the parts can be printed on a single sheet of printer paper. So span and length are about 10 inch.

If I ever get serious about re-entering RC flying, and I would be good enough not to crash it, my layout would be a flat-sided foamie of either scale 1/24 or 1/18 with a simple 1-sheet slightly curved wing and lots of silkpaper-covered cutouts to keep the weight down and the flying speed low.

#35
I had a moment tonight to work on repairing the plane I was able to work on the nose and reinforce our enforce it and I think if I can reinforce the main pontoon and find a good attaching method I'll be in business.

The cowling is next.

#36
K3V0 said:
Thats cool you were able to get it aloft! Did you take off of grass? The experimental phase is fun and I think I’ve always learned deeper lessons as I’m piecing together both the plane and the reason things went wrong.
Don’t stress the camera, man! Seems like you were focused on the right thing.

Flaps! View attachment 156353
Click to expand...
I know I didn't mention this when it was posted, but that is a GREAT animated picture of the Name-sake doing what it does!
The Kingfisher is a interesting Bird. And I really do find it striking