#1
After building my first Mini Arrow I realized very quickly that the electronics pod was not big enough for me. I squeezed my 1000mah 3S in there anyway and taped the thing shut. Well that Arrow had a quick drop with a sudden stop, so I decided to make a new one with a bigger pod.

There was so much extra space I decided to include my FPV camera / transmitter combo.

At this point I realized the power pod was not going to fit. So I made a second power pod to give the mini power pod something to rest against.

#2
How does she fly? I'm thinking about widening my pod by about an inch for the same reasons

#5
I stretched the width of mine by 3/4" and lengthened it out by and 1" in the front for lighter batteries. Still flies like Fun! and still durable. I think I will rebuild this and make the wing one solid piece. When the Pod wears from crashes and my man-handling, I've noticed the wings start to wobble maybe the trick is to build a water drop shaped pod.

#6
Hey all, Sorry for the delayed response. The Beluga had some noticeable wobbling on rolls so I decided to stretch things in the other direction.
Here are some pics of the new mods. 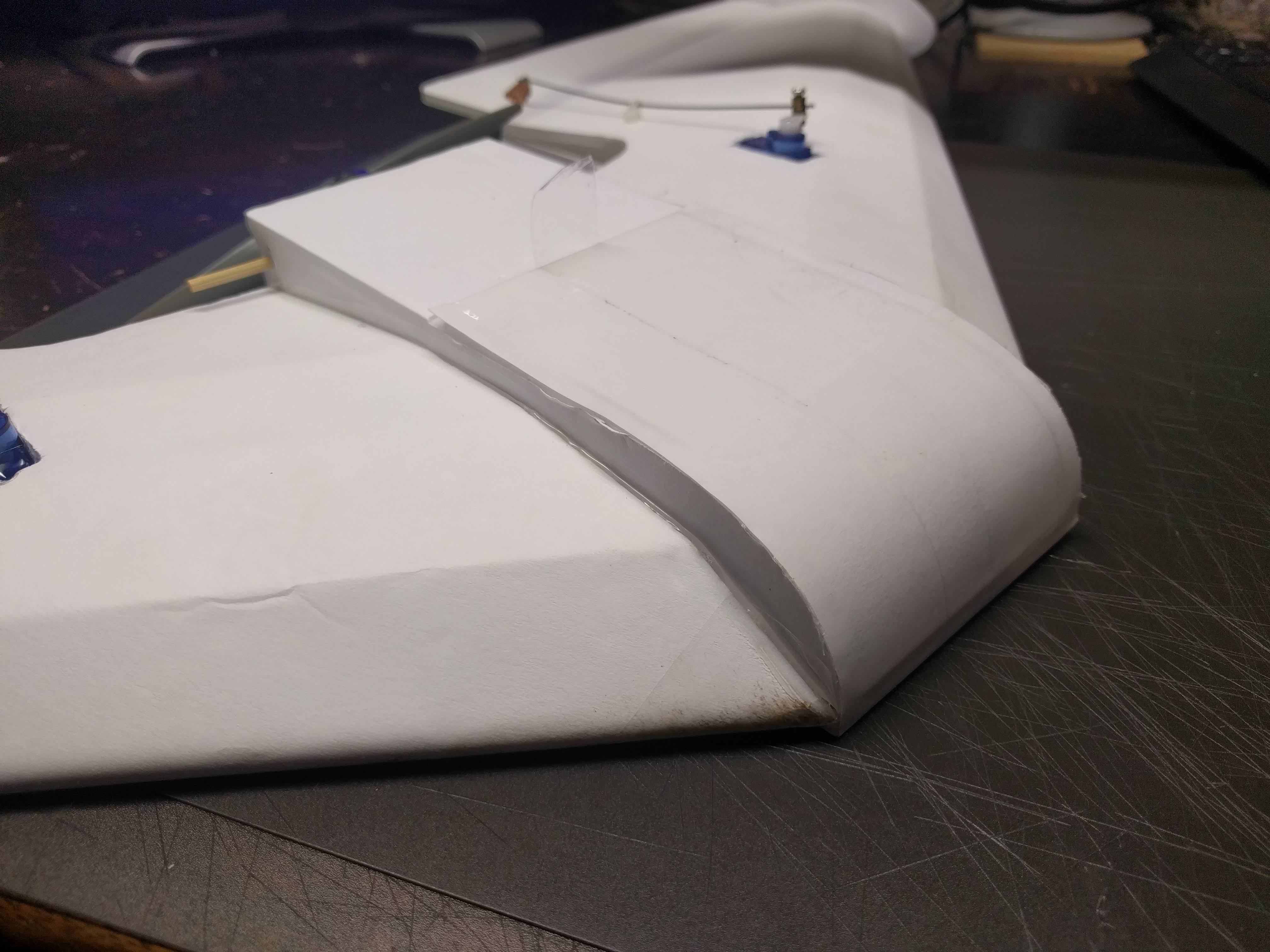 #7
I have done similar modifications to my Mini Arrows with no ill effects except maybe a little loss off speed. (bigger motor took care of that issue) I have widened and extended the fuselage to accommodate extra gear and/or battery size as needed. Great flyer, Happy flying
W