What did you crash today

#1,541
Matagami Designs said:
View attachment 202530 View attachment 202529 That didnt take long. 1 and a half flights since I painted it up and its pretty beat up. Was midway through a loop and lost focus for a split second as another plane was flying overhead. 🐿 Lost orientation as it tended to sort of roll in a loop as well. I'm guessing the foam dosent have the best torsional stiffness at speed and was deflecting more on the servo side? Anyone ever have this issue on the edge?
Click to expand...
It could have stalled at the top of the loop and with the snapping characteristics of the FT edge because of the high wing loading and low speed it snapped into the ground. The FT edge also has a TON of roll authority which could have added to the problem. I've also notice that the edge handles high speed the best out of all my fb planes so I'm not sure about the flexing theory but the fb varies greatly between brands. Anyways, I hope you're able to fix it and get flying again!

#1,542
Matagami Designs said:
There is a bit of stiffener in the middle but with such a large surface I assume it's still twisting a bit. I doubt it was torque related but there is always a chance I just have dumb thumbs since I dont pinch the sticks like your supposed to for aerobatics. I will have to get better at this I suppose. I think I need to find a better way to add color without spending so much time as well. Vinyl, tape and such..
Click to expand...
Don't worry about flying with your thumbs, I know some pretty good aerobatic pilots that fly that way. I personally don't fly pinch because I'm not able to get full range of motion let alone precisely and quickly. Also I find that flying flat out foamies really helps treat dumb thumb syndrome but nothing works better than practice!
B

#1,543
once you take your eye off the plane, it's pretty difficult to determine cause of crashes

#1,544
Burnhard said:
A few weeks ago I lost my first Viggen so I build a new one, maidened it today and lost it again, BUT this time I had a GPS tracker in it and found it in less than 10 minutes.
So what happened? For launch I had set the Aura to launch assist. After launch, for no apparent reason, I only had throttle control but not over the elevons. Once I noted that, I cut the throttle and saw it disappear behind a treeline. The Viggen sails beautifully so after the treeline it sailed into a corn field. Almost no damage other than a bruised nose, which is still good to fly.
Click to expand...
Matagami Designs said:
There is a bit of stiffener in the middle but with such a large surface I assume it's still twisting a bit. I doubt it was torque related but there is always a chance I just have dumb thumbs since I dont pinch the sticks like your supposed to for aerobatics. I will have to get better at this I suppose. I think I need to find a better way to add color without spending so much time as well. Vinyl, tape and such..
Click to expand...
Managed to smash the Viggen 2.0 last Friday. I was just trimming out the Aura when I did a turn against the sun. Could not see the direction of the aircraft and drove it straight to the ground. In hindsight a smashed aircraft is much better than a lost aircraft.

This time the damage is sort of limited to foam and paint. Speaking of paint, that really takes time. Cutting an glueing the foam is usually done within a few days but the extras like wooden edges, filler which needs to be sanded and multiple layers of paint take ages. Also the masking tape is coming with challenges. I had good results with Tamiya last time but when I removed, part of the glue of the tape remained on the surfaces. Have already started cutting the Viggen 3.0.

#1,545
Noooo... I was having a blast....
Wing snapped after pulling out of some fast dives and doing knife edges...... Don't as why I was doing that on an old speedster.... But hey it was fun. Luckily it was a structural failure not a pilots error.... Kinda 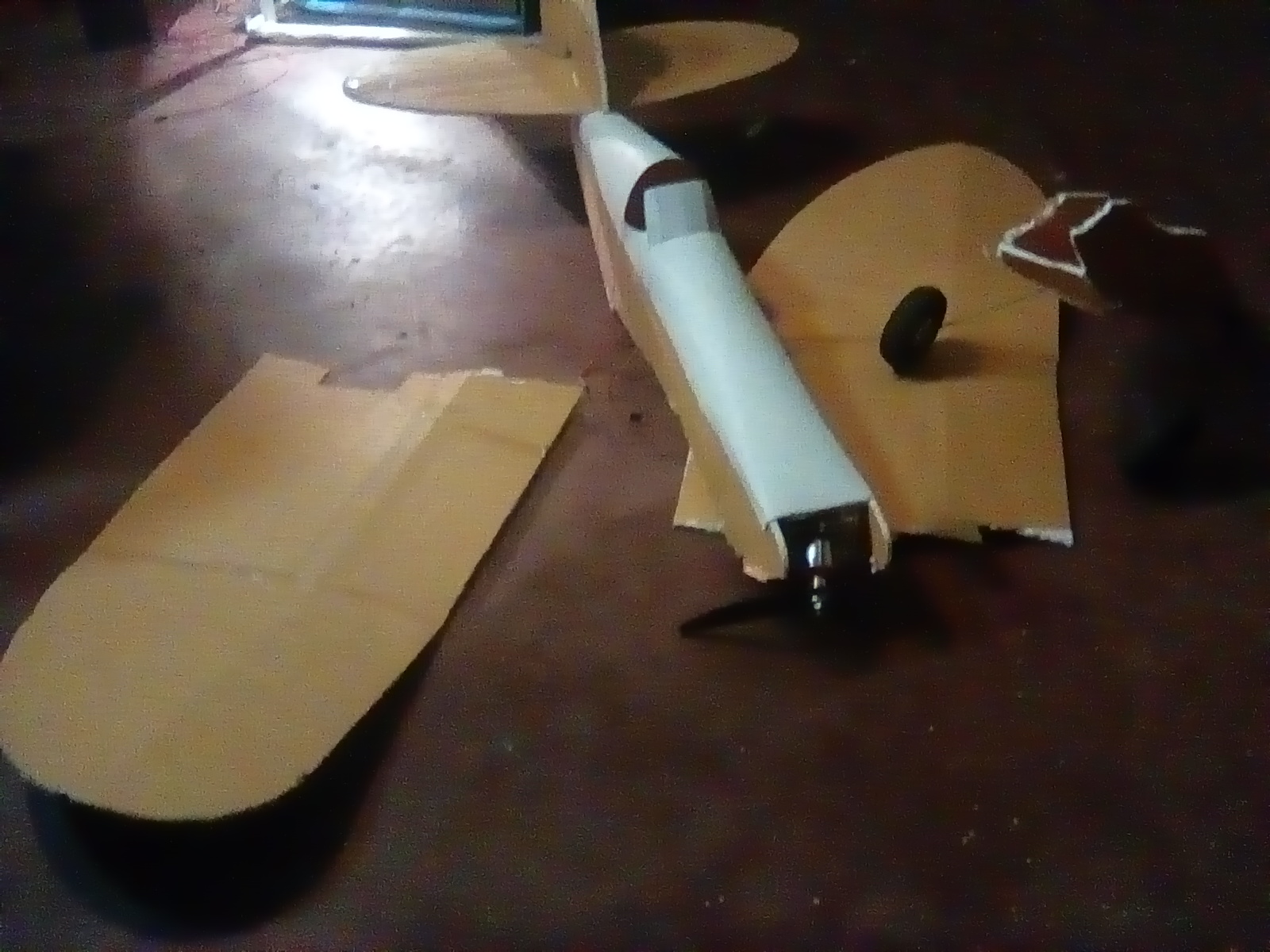 #1,548
My Puzzle Pusher suffered a rapid unscheduled disassembly!
Nose wheel broke, servo tray split in two and wing mount cracked on the crash.
Problem was the motor angle was not enough and just after launch it dived at full power to the ground. Rookie mistake. 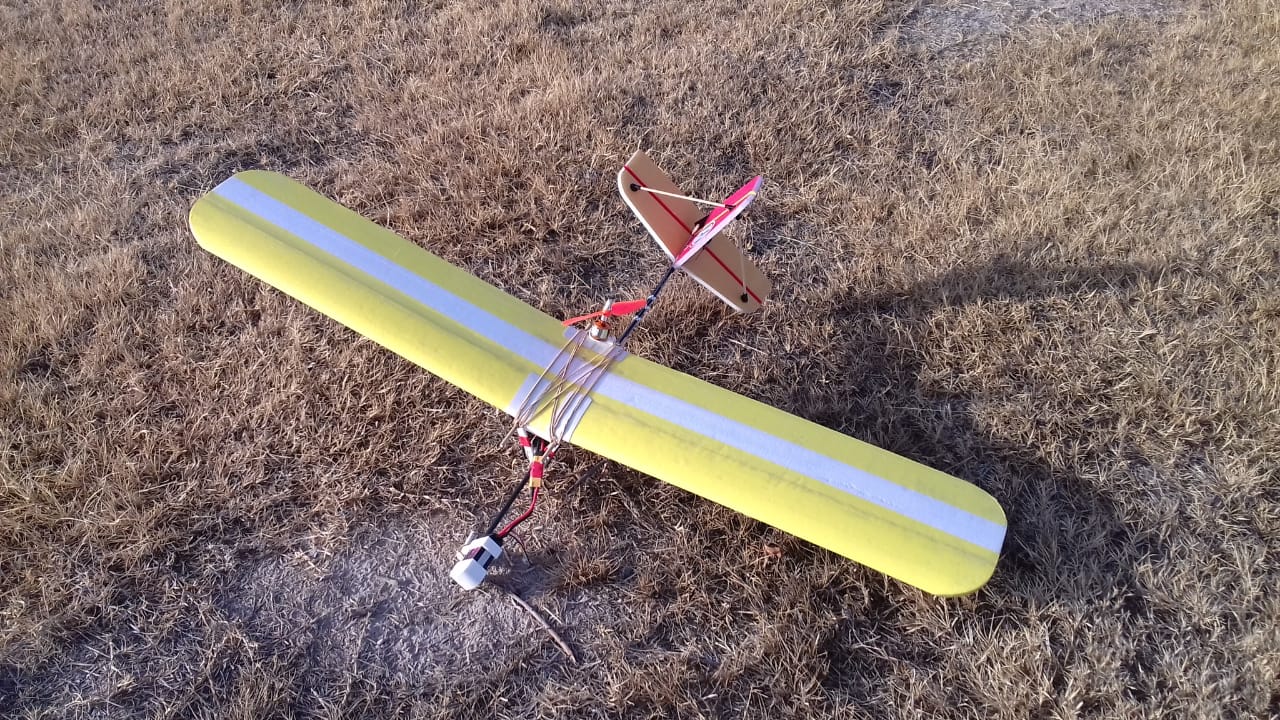 The good news is I now have a new tail for another plane. 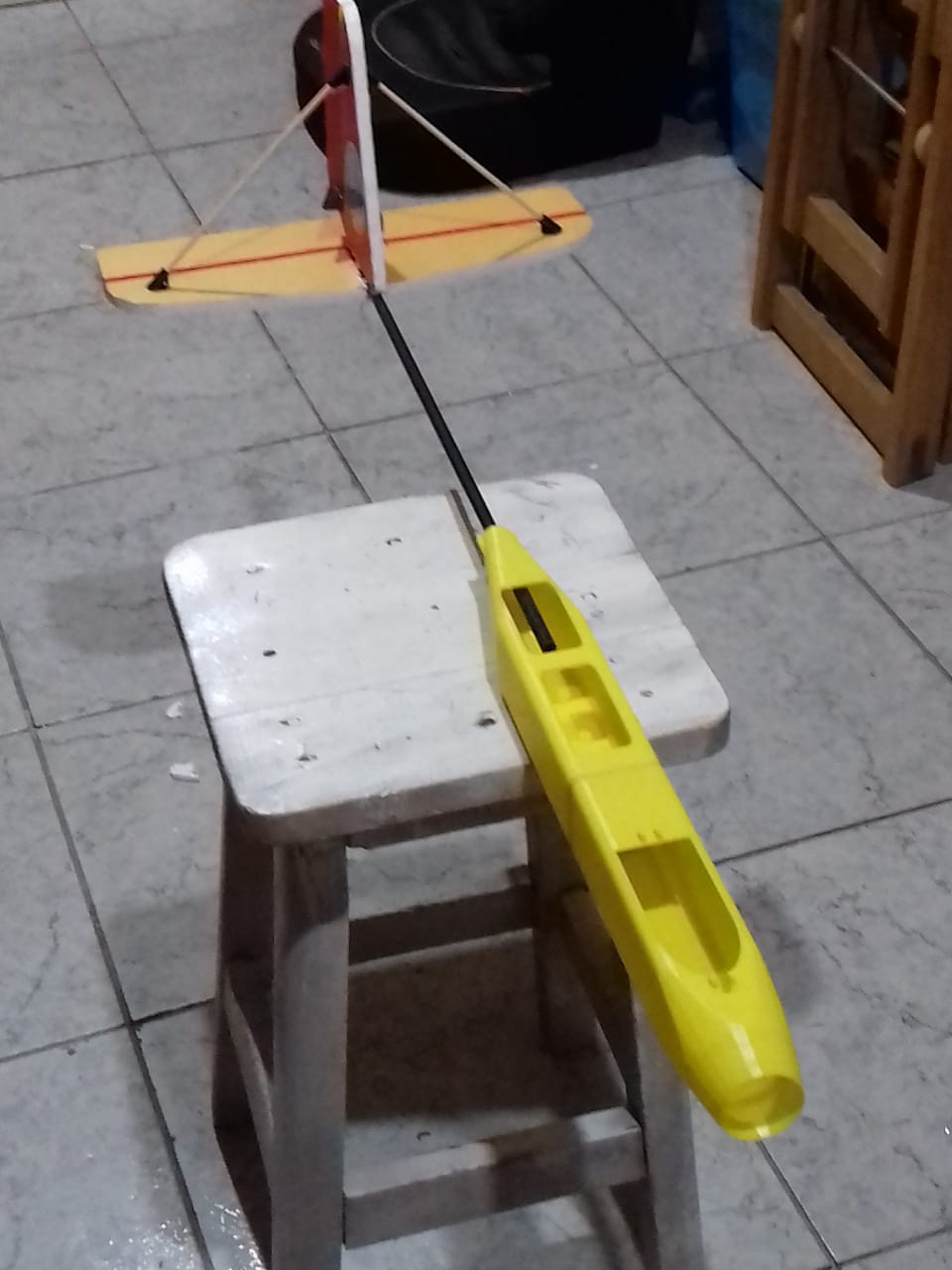 #1,550
Matthewdupreez said:
i'm confused.... what does that mean?
Click to expand...
It means that its fixable essentially

#1,552
mdcerdan said:
Rookie mistake.
Click to expand...
except you're no rookie

#1,553
Matthewdupreez said:
except you're no rookie
Click to expand...
Well, then I crashed the thing because I am stupid and didn't check it before flight. Anyways it gets a new life in another plane.

#1,555
Well the Extreme Yellow had a uncalled extreme landing today. I was practicing hurricanes and doing not to bad but the last one didn't quite work out, finished the hurricane part and was pointed straight down and I couldn't pull out of the dive. Haven't done an autopsy yet but I think the elevator servo failed. I might be able to splice a new nose on but over the years the FB is starting to warp so the surfaces are not nice and true anymore. 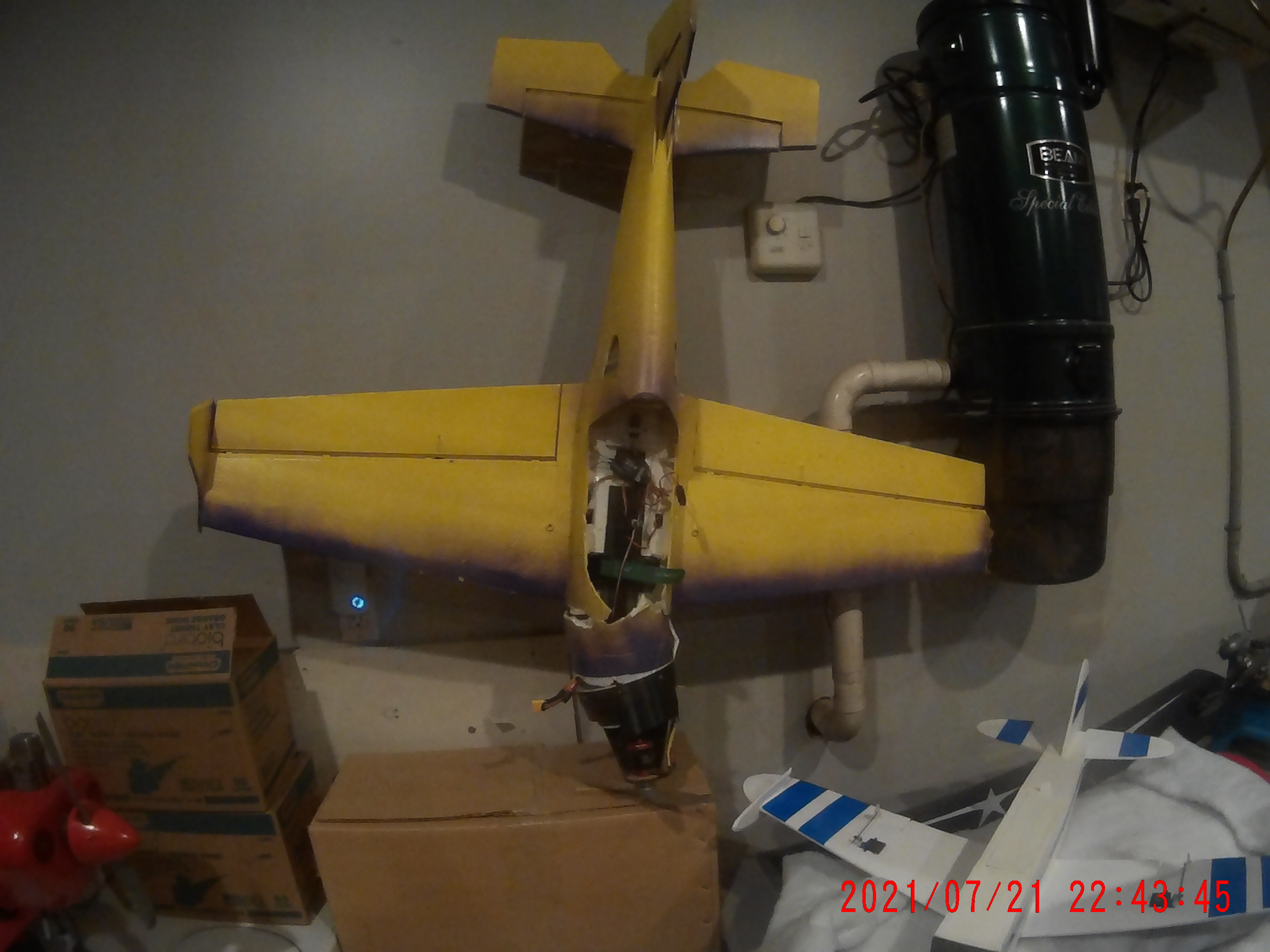 #1,556
Oh well. I crashed my cormorant. Broke the nose which is fixable but I also destroyed a nacelle and broke the motor. And on top of that most stuff was water damaged because the rain at flite fest. It flew only 4 times, but I guess it’s time to make a big one