Which one is the best way to build a fuselage? Posterboard or Foamboad?

#1
Hello there!
Today I bought a secondhand plane (a Baby Blender with longer wings) because of the price and the electronics. I'm thinking in designing my own RC Plane. It's also a biplane (Polikarpov I-15) and it will have aproximately the same size, so I guess it the motor will handle the weight. I just don't know which is the best way to cover the fuselage. Some planes like the Edge 540 use foamboard, but others like the Mighty Mini Corsair use posterboard. I guess the foamboard is better but also heavier, so if I want to build a small plane (around 800 mm) I think I should use posterboard. What do you think I should do?

#3
Foamboard tends to give you a boxier fuselage that is quicker and less fiddly to build. The posterboard is easier to make curved shapes with, but can be kind of a pain to get really smooth and perfect looking.

#4
@Arcfyre You can actually curve DTFB quite well, but it is heavy so if Mariogdv wants to build his plane as a belly lander he could skin the bottom half in FB for strength and skin the top in PB to keep weight down. I did this on a 30 in. wingspan F6F Hellcat with great results.

#5
I built a 150% FT corsair and it was extremely tail heavy with the poster board on the tail section. I did a quick test with a balance and found the poster board from walmart was actually significantly heavier than the DTFB. I had pretty good luck with the forming of a nice curve with foam board on the corsair. I also designed and built a plane based off of a korean war era recon plane, I didn't have quite as much luck with the curved fuse on that plane. it was mostly because of the internal structure I designed for it. My recommendation is to keep the bulk heads to a minimum if possible. My biggest problem was the skin was slightly too small to wrap fully around the bulkheads which led to a slight gap at the seam and some swales between the bulkheads.

#6
Grifflyer said:
Is it going to be a belly lander?
Click to expand...
It's going to have a landing gear, but maybe I'll remove it. However, the wings are under the fuselage, so in case I do a belly landing, the wings will protect it a little bit.

#7
You'd still want to skin, even the bottom third in foam board because after a couple landings the poster board could tear or get wrinkled.

#8
The Polikarpov I-15 has a roundy fuselage. I'm going to build it like the way FliteTest built the Fortnite plane. Something like this: 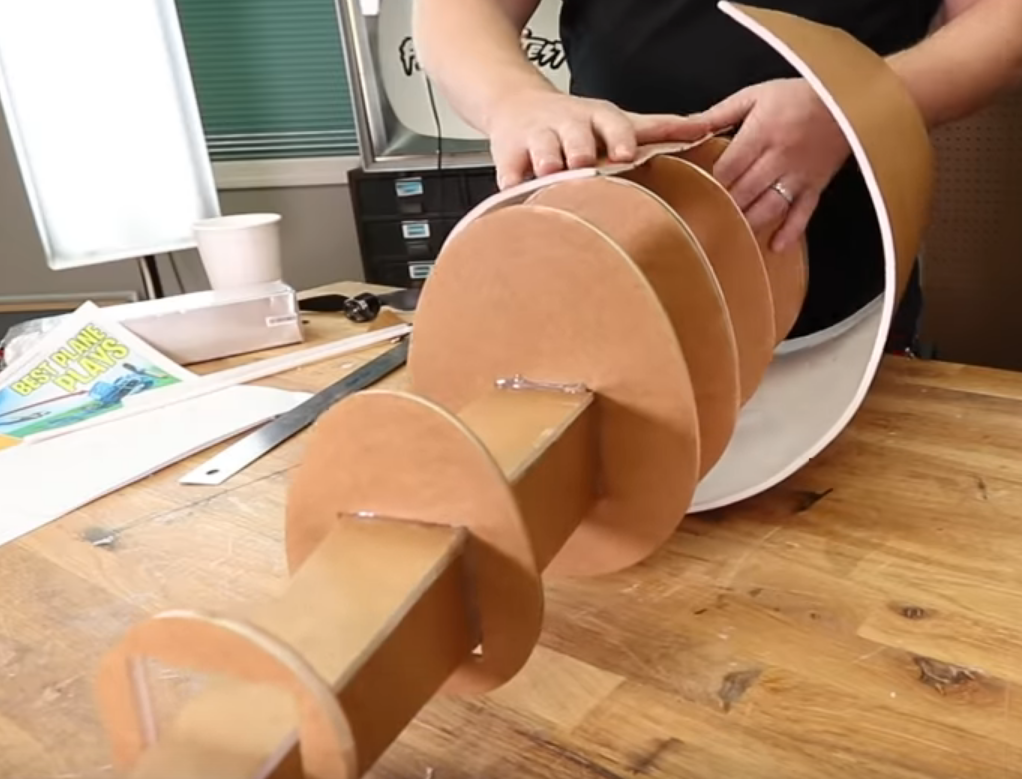 Maybe I can buid the bottom part with Foamboard and the top with Posterboard. In that way, I can do belly landings without damaging the plane and also it won't be heavy.
M