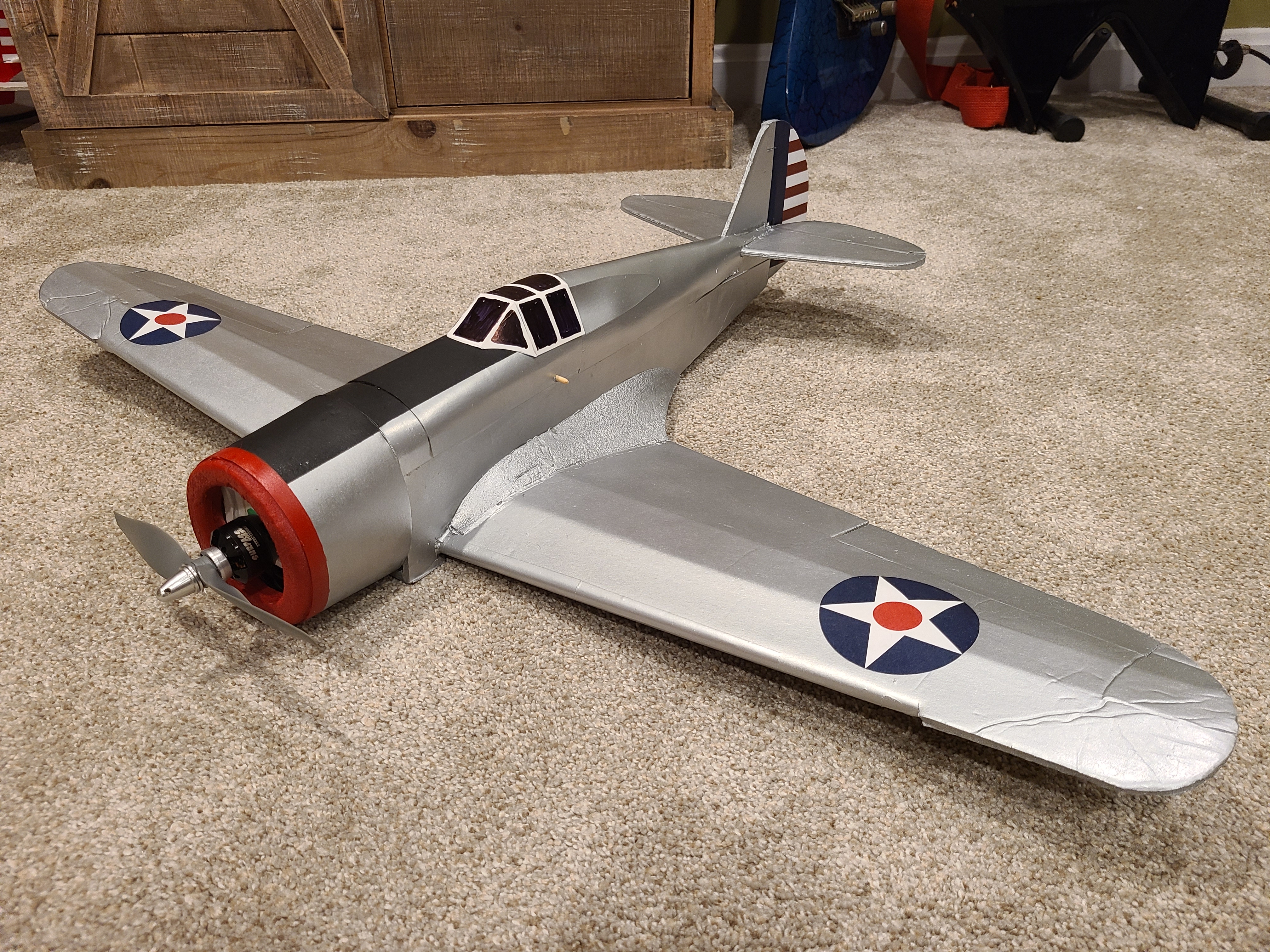 So here's the plans as of now (v1.0). Time has been miserable lately, so I'll add a few notes to issues with the plans. The power pod housing needs modified. It needs to be 5mm taller, so the power pod sits 5mm lower. Corrected in v1.1. Area above the power pod left opene so the builder can angle the entire pod downward to achieve the down-thrust necessary (still working on a good angle) The bottom of the wing is still a bit long and could be shortened to give more under-camber at the wing tips. There is no power pod in the design, but fits well with the mini pod with a touch of down thrust (i've got about 1.5 degrees) I also had issues with the canopy in Inkscape so there is no design for it as of right now. Other than that, the plans are pretty solid. I mounted the ESC under the motor on the bottom of the power pod housing. The pod housing and front structure could use a little trimming after assembly to get the battery as far forward as possible. I added 12g at the front of the cowl assembly to get better cg balance. I should probably do a build video as the cowl area is a bit interesting to get built. I didn't like it at the time, didn't like it with the last build, but got hosed for spare time in the last month or so, thus recent design and build hours were darned near non-existent. The plans are various size pages but laid out to best print 8.5x11 so as to minimize page taping.

I had fun doing the Inkscape work, had fun with the plans (they were adapted from balsa plans) and it was exciting to take it up in the air. I just wish the weather would have been more cooperative this fall! If I am lucky enough to get it in the air any more this year I WILL have one of my boys take some video. The last few times the little video I had wasn't worth uploading, and the one night that I actually flew it well enough I've no video at all

The build is pretty straightforward with most, except some interesting work getting the inner cowl attached to the fuselage (nothing too difficult). I did just realize however that I didn't include the bottoms of the wing fillets - they were cut by hand and trimmed to fit after assembly.

A few items of note for me to remember, and for those building to take note. That is, goals for v1.2:
-modify the wing spars to a simple fold instead of the current design, which has 10mm of paper between giving a paper top to the spar (not a problem, just might make the build easier)
-make under-camber area a bit larger - that is, trim 10-20mm more off to improve stability when flying slower
-there is still no part in the plans for the power pod or the canopy
-perhaps upload the roundels and tail colors (downloaded from wikipedia and resized - they are not my design)
-do a build video
-get some video in flight