#62
varg said:
Has anyone tried this with the RS2205/2300kv yet? My mini power pod features this little powerhouse and I could use a seaplane.
Click to expand...
Hello, newbie here. I've try this build with rs2205s/2300kv. It fly I guess, I am sorry because I haven't really fly RC airplane before. So I am not really good source. I have question, in this plan the power pod are angled, I don't know where direction should I point the angle so I use power pod from my FT mini arrow (which not angled). I maiden it yesterday and I got home with four part of my Kwak (wing, fuselage, two pantoon separated)

Here is an explanation:

You should watch the build video of the FT Mini Scout. At 36:15 you can see how to install a Mini Power Pod in the tractor setup. It's the same with the Kwak! I'll keep my fingers crossed for the next flight!
Last edited: Feb 3, 2018

#64
kinda a noob when it comes to power pods. I take it the open part of the pod faces up with the motor tweaked to the right?

#66
so I take it the float struts just push all the way in and sit on the inner foam of the bottom skin?

#67
If you mean the parts with the numbers 21 (Pontoons), 22 & 23 (Pontoon Pylons), yes!
When gluing the finished float on the wing, make sure that the Pontoon Pylon is parallel (X = X) to the side wall of the fuselage. 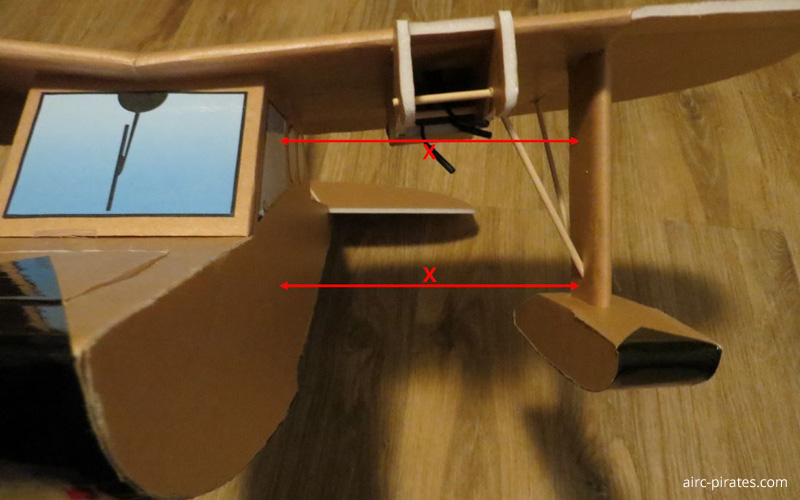 This is a picture of the Kwak-Kwak, but the construction does not differ!

#68
thank you AircPirateNinsei exactly what I was wondering

#69
what size music wire are you guys using for control rods?. I was gonna use .047 with a guide at the mid point

#71
How well do you think this would this work on snow?

#72
Grifflyer said:
How well do you think this would this work on snow?
Click to expand...
Looks like it would work, but I don’t know, I haven’t built one. Any plane with floats should work on snow. You got snow coming your way?
EDIT: on the first page I looked at the pictures, and guess what? There are several photos of it on snow!

#74
Unfortunately we don’t have any, but I might build this anyways. I’ve seen this build many times before, but it never really caught my attention. I’m getting ahead of myself though, I’ve got a mini p40, mini ft-ez, and simple storch plans all ready to go, need to build those first. Also a 48inch ultimate biplane ( balsa) to build over the winter. I’ve got a lot on my plate right now.

#75
dumb question but I assume your putting the esc in the power pod right behind the motor?

Got my little Kwak done. Family says it's the cutest plane yet! Just need to put supports on the pontoons and it'll be ready to fly.

All up weight with the F pack and a 2s 600 mah battery is 271 grams. I put a few little mods on it with zip ties to minimize control rod flex and a plastic tab on the front hatch. I put the battery all the way forward to get it to balance and it's just on the aft end of the CG. Hopefully it can be tamed with a few grams of weight and down trim. The plan is to maiden tomorrow, and if it flies then I'll put the window decals on. 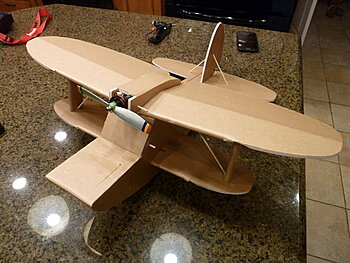 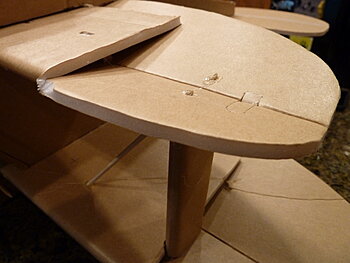 Introducing the Biplane Kwak (clever name, I know ).
I took the plans for the Kwak's wing and simply made a second, scaled down wing. The bottom wing has a span of 18.5 inches and a chord of 5.5 inches. It's pretty tiny! You'll also probably notice that i did away with my wing floats. I did this in favor of cleaning up the airplane aerodynamics-wise and weight-wise. The foamboard that I used is also a very early batch of the FT water proof foamboard, and it's much more water *resistant* then waterproof . That being said, this thing probably wont fly off water in the near future, so the floats didn't have a use.

The AUW went from 271 grams with the FT F pack and a 2s 600 mah battery to 288 grams with the same setup. The flight characteristics changed much more than the weight did though! It flies perfectly for me now, with the comfortable slow flight being reduced about 1/3 in speed! There was also a noticable increase in drag at higher speeds, however my style of flying is slow and lazy, with high velocites being left to the many speed enthusiasts out there .

Overall this is a great airplane, thanks for making it possible Airc!!


EDIT: Attached are the plans of the bottom wing for the Biplane Kwak. I am working on PDFs of the position of the wing in the fuselage right now, along with a small sheet of tips and instructions for the process.

#79
are there any recommended throws? 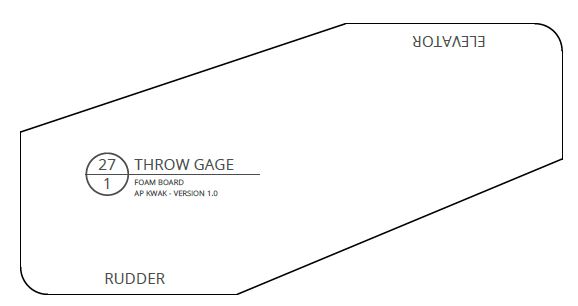