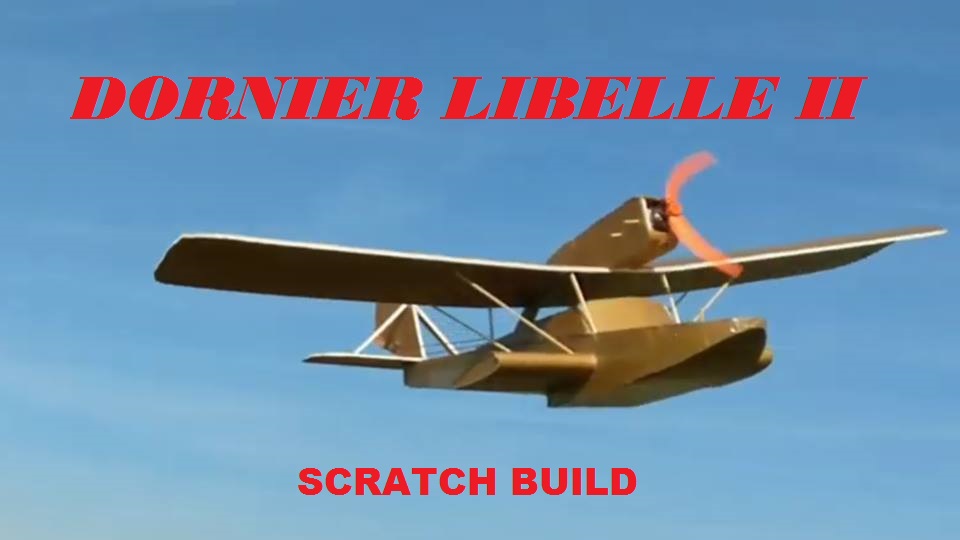 The Dornier Libelle was a light seaplane in the 1930s and was one of the first plane Dornier manufactured in greater numbers. Dornier is one of the greatest manufacturers of seaplanes, and their design with two smaller wings which give the plane stability in the water is still used today. They have made some well known and amazing planes and are the only big German WWII warplane manufacturer still existing today. Some planes they have made are the "Wal", the Do-X flying ship with twelve engines, the Do 335 twin engine fighter, the Do 27 STOL safari plane, the Do 31 VTOL, the Alpha Jet, and now they come up with the S-Ray, a new amphib version of the Libelle, and the Seastar, a new amphib version of the"Wal". Btw, "Wal" means "whale", and "Libelle" means "dragonfly".
Back in summer, there was an RC seaplane meeting at a lake near me, so I needet to build some planes. I finished my foamboard version of the Redaq, which was wayy too overpowered and heavy. Then I desinged a beautiful WWII style seajet, which flew good, but was wayy too underpowered. But I still had my slowfly powerpod laying around, and quickly wanted to make a third plane, something very slow and simple. My choice was the Dornier Libelle, so I printed out a three view and started building, and 4 hours later, the thing flew. And guess which plane was most used at the meeting? The simple 3channel with 2s power! I even put a lamp into the inside and flew at night! It was so easy to fly, I let small kids fly with it, I once trimmed it so that it few circles, and it flew circles for minutes, I even put the transmitter on the ground and let it fly on its own! It has pretty much the best water handling ever and the best looks for simplissity! The building is as easy as a scout! So, this thing is one of my favorite and most successful designs ever.
And this is how it looks: 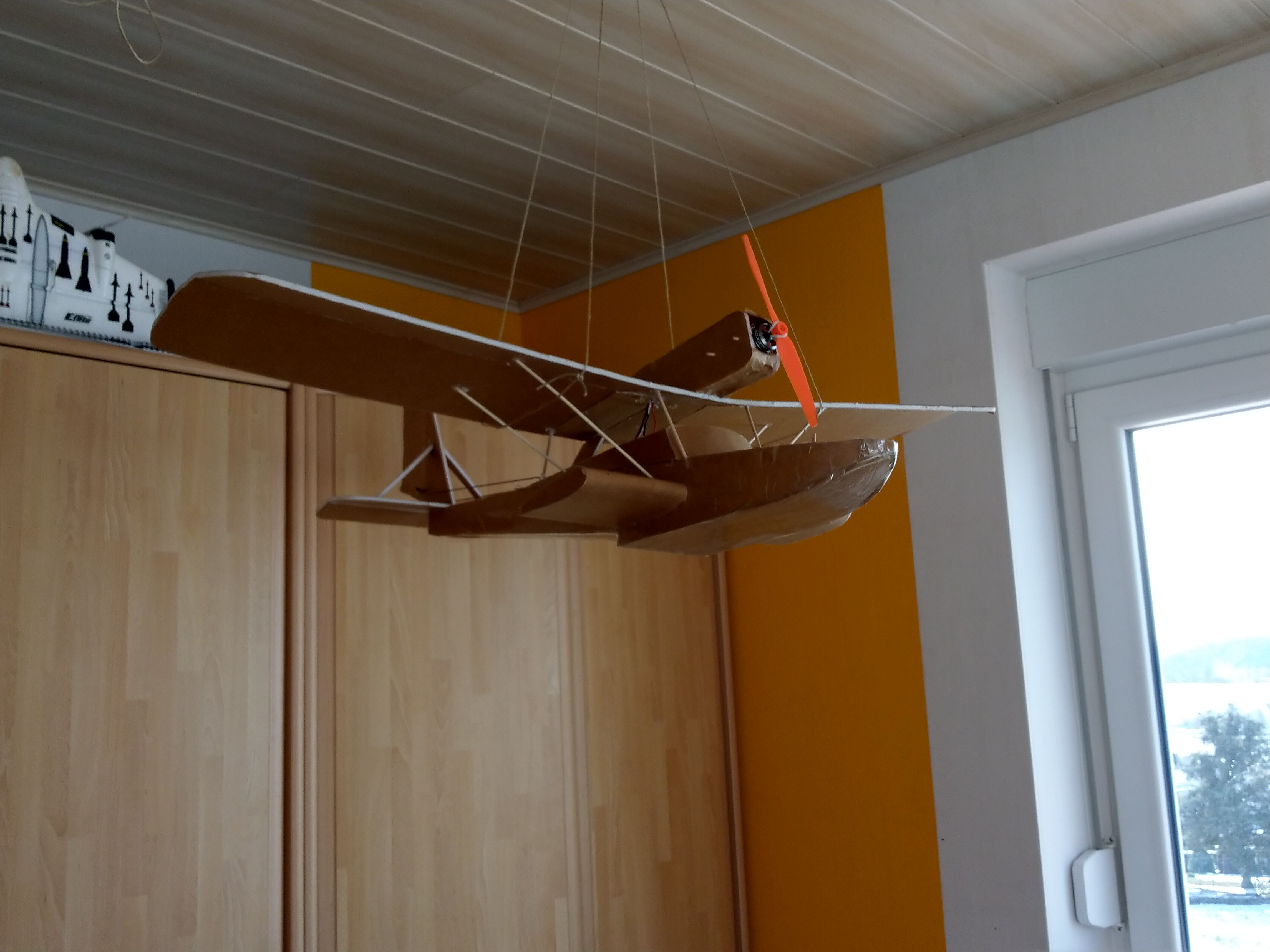 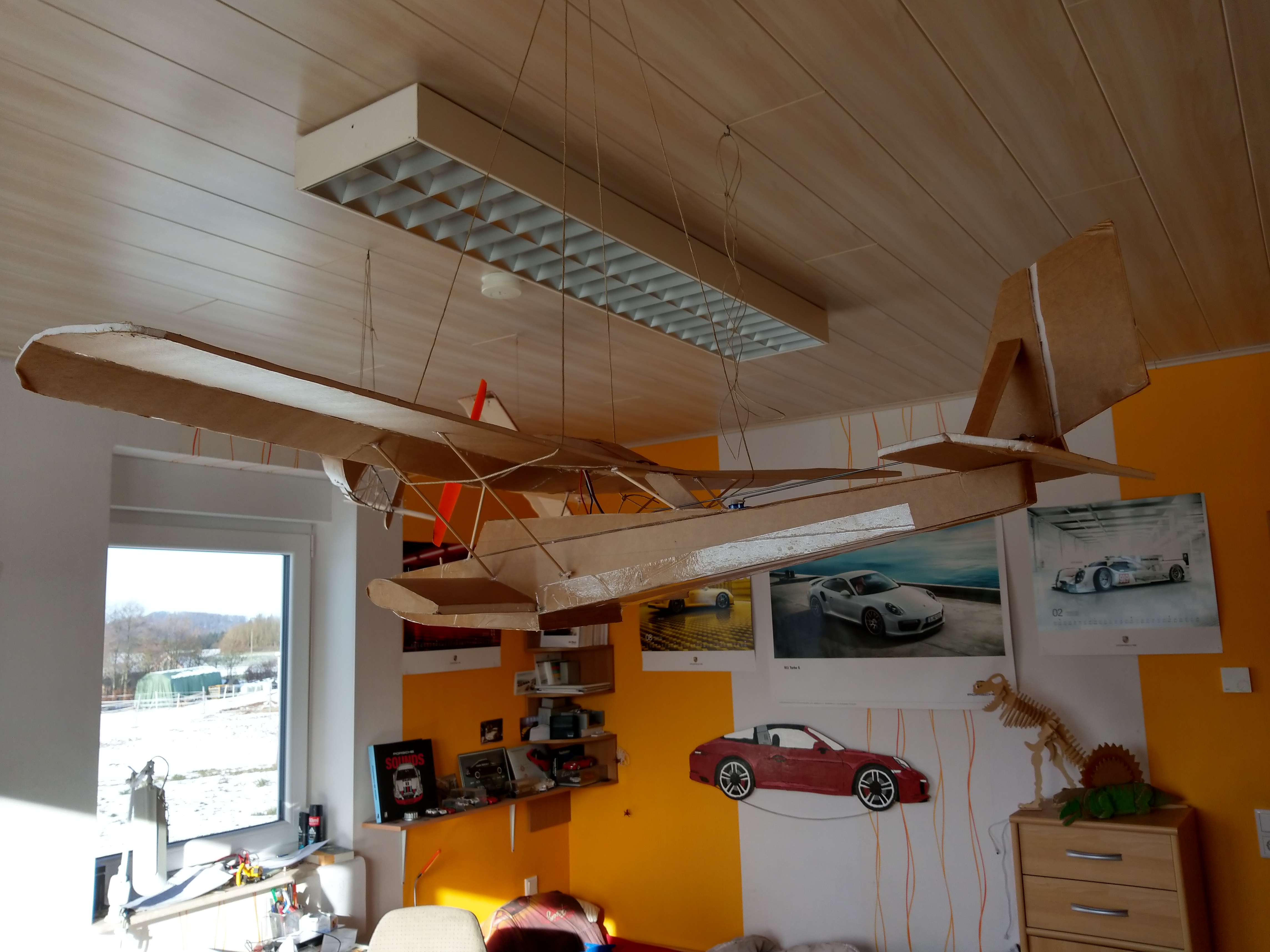 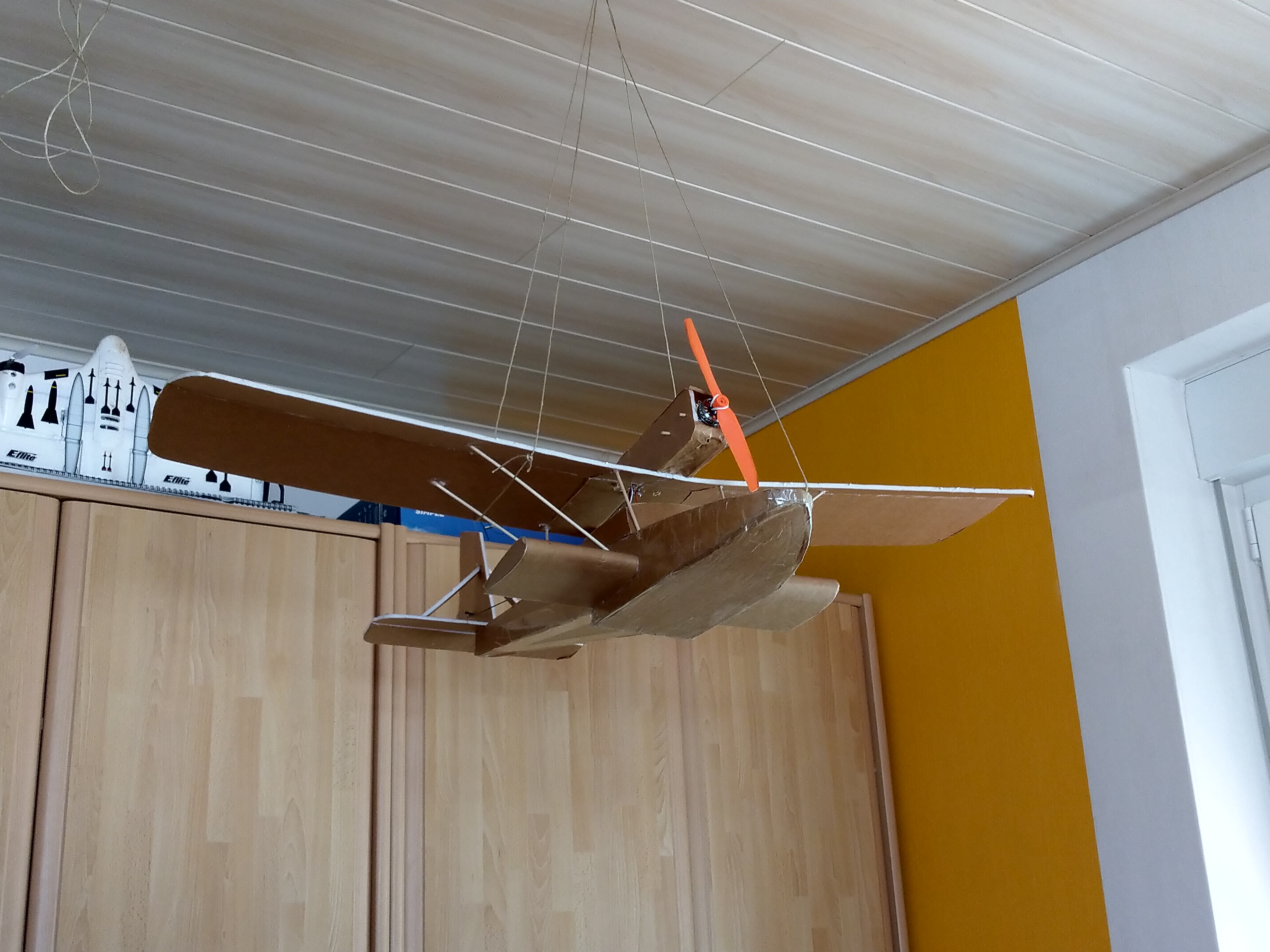 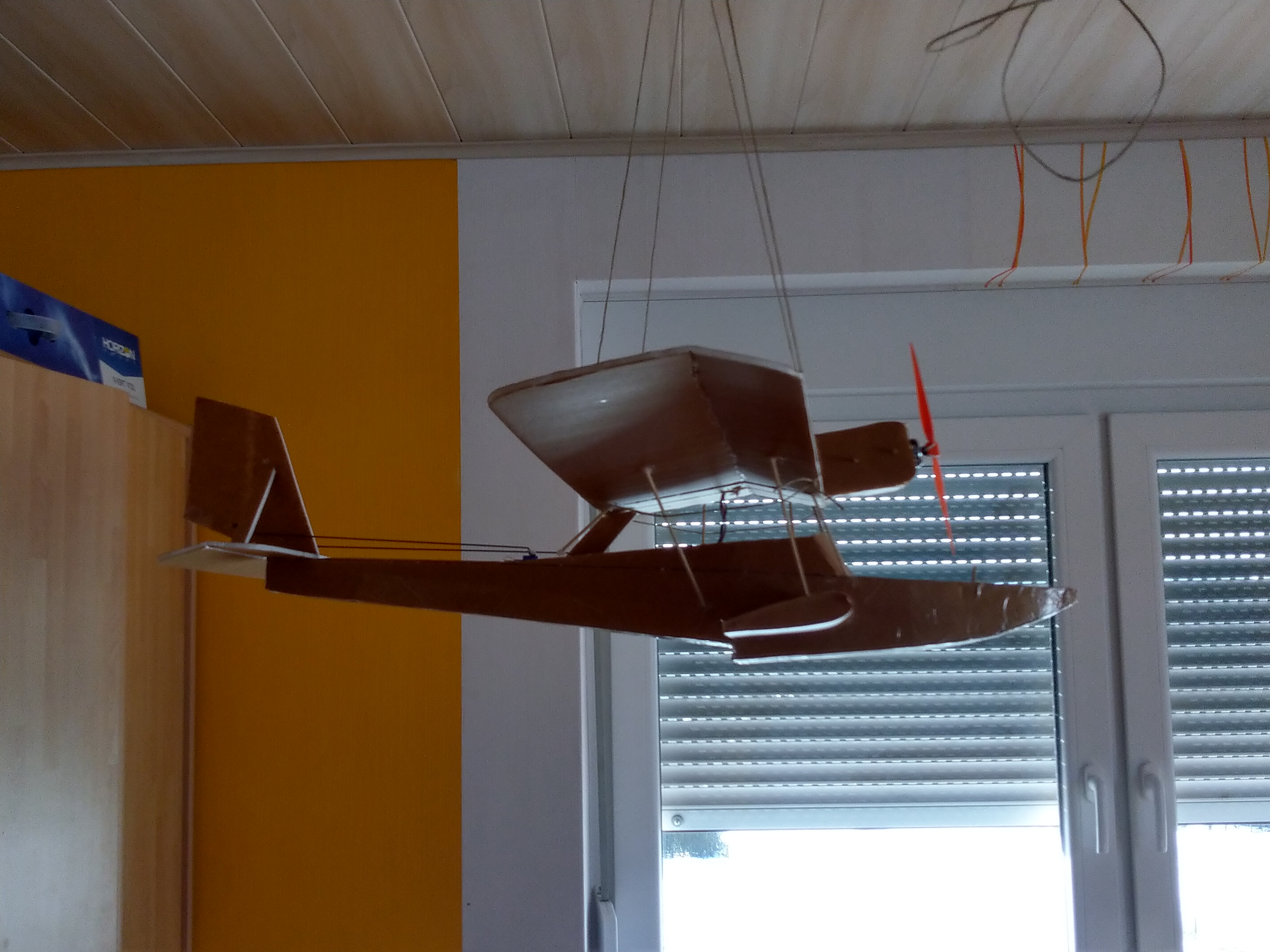 And heres a video of it flying on the water:


Who wants to build one? Its two sheets of foam and an A-pack. I have installed a shockflyer motor and prop combo which is slower but has more torque than the A-pack.

#4
dertycash said:
I'm in !! do you have plans for it?
Click to expand...
I still have no plans, but Im working on them.

#5
Can't wait for some plans! This plane looks super close to the Shavrov SH-2

#6
Looks very simple but elegant, you did a really good job on this one . When the plans come out, so will the glue gun.

#7
I got a spare 5055 motor lying around, let me know when some plans come out and i'll upsize a good bit.

#8
You are quite simply amazing! I would love plans!

#9
In for plans. Looks amazing!

#11
I know its late, but today I finally learned how to create plans! I already made the plans for another plane, and this one will come around this weekend! So stay tuned, get your materials in order, plug your glue gun in and build your powerpod! You need a mini powerpod with A-pack, the biggest prop your A-pack can run and two 9gramm servos!
J

#12
This looks amazing! You did a great job. Can't wait for the plans! What are the dimensions?

Mentor
#13
That looks amazing! Like a golden age Icon A5! Going to have to build one of these when the snow melts!

#14
James Powell said:
This looks amazing! You did a great job. Can't wait for the plans! What are the dimensions?
Click to expand...
1 Meter Wingspan, 80 cm long, mighty Mini powerpod, perfect for calm days, can fly in any area the mini Scout also can+ water

#15
AkimboGlueGuns said:
That looks amazing! Like a golden age Icon A5! Going to have to build one of these when the snow melts!
Click to expand...
NONONONO build it now, its even more fun in the snow!

Mentor
#16
Dr. Looping Looie said:
NONONONO build it now, its even more fun in the snow!
Click to expand...
I would, but it still wouldn't get flown since it's still regularly -30* windchill. 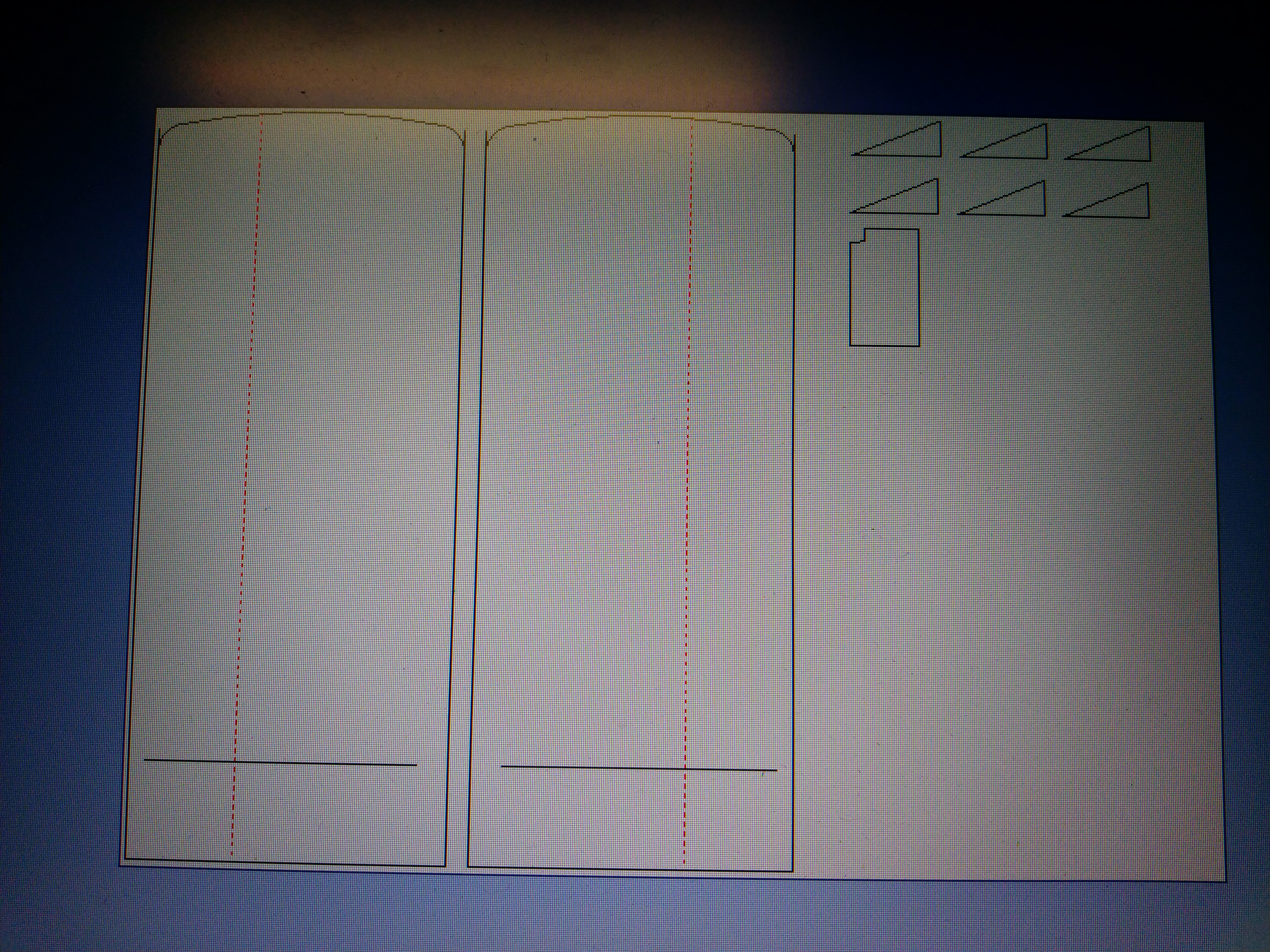 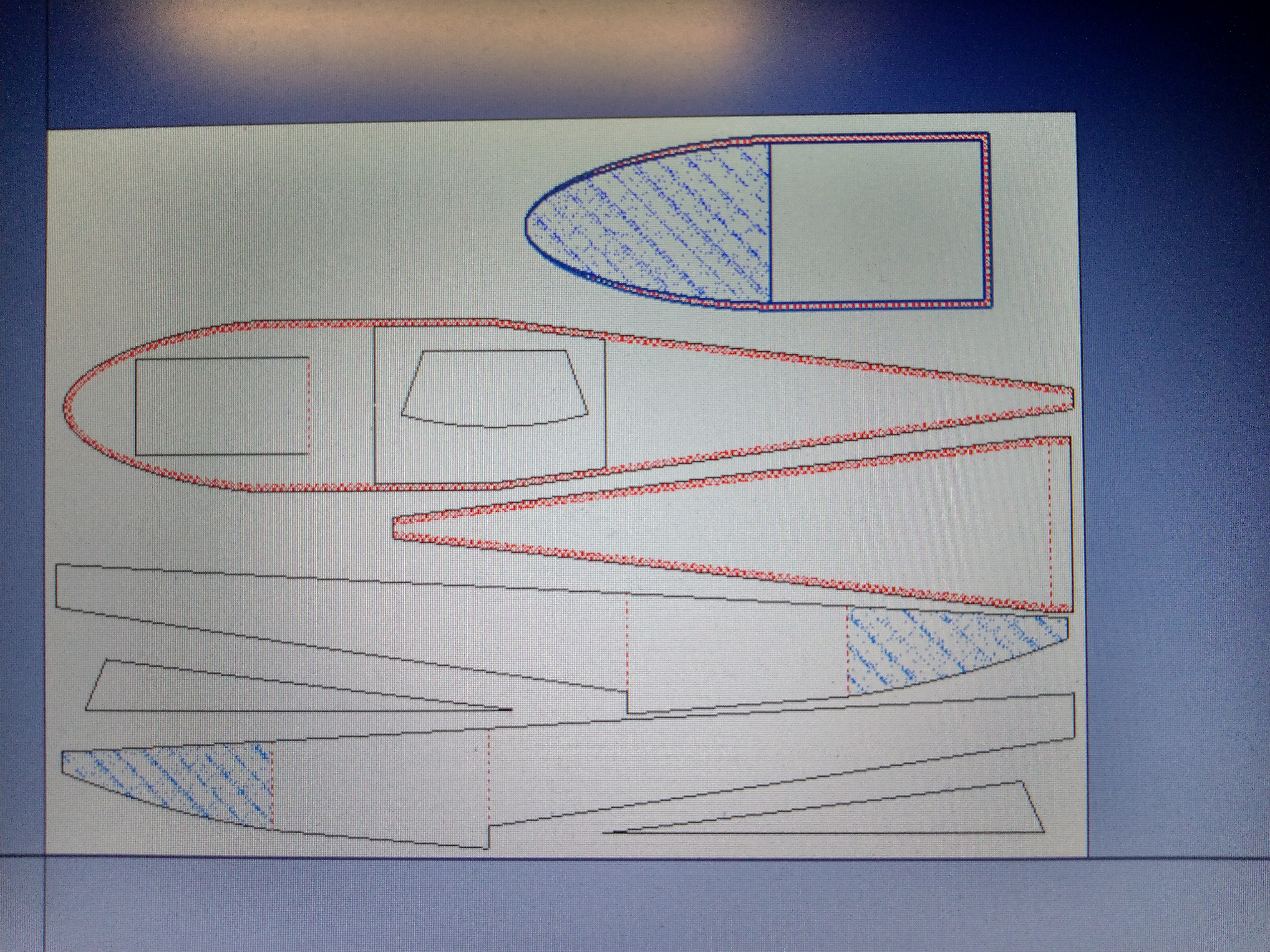 #18
Its still missing control surfaces, engine pod and water wings (I dont know how to call them in English, in German, they are called "Dornier Stummelflügel". That geometry was a whole lot of pain to put in the computer! But with plans, you guys will have it a Lot easyer