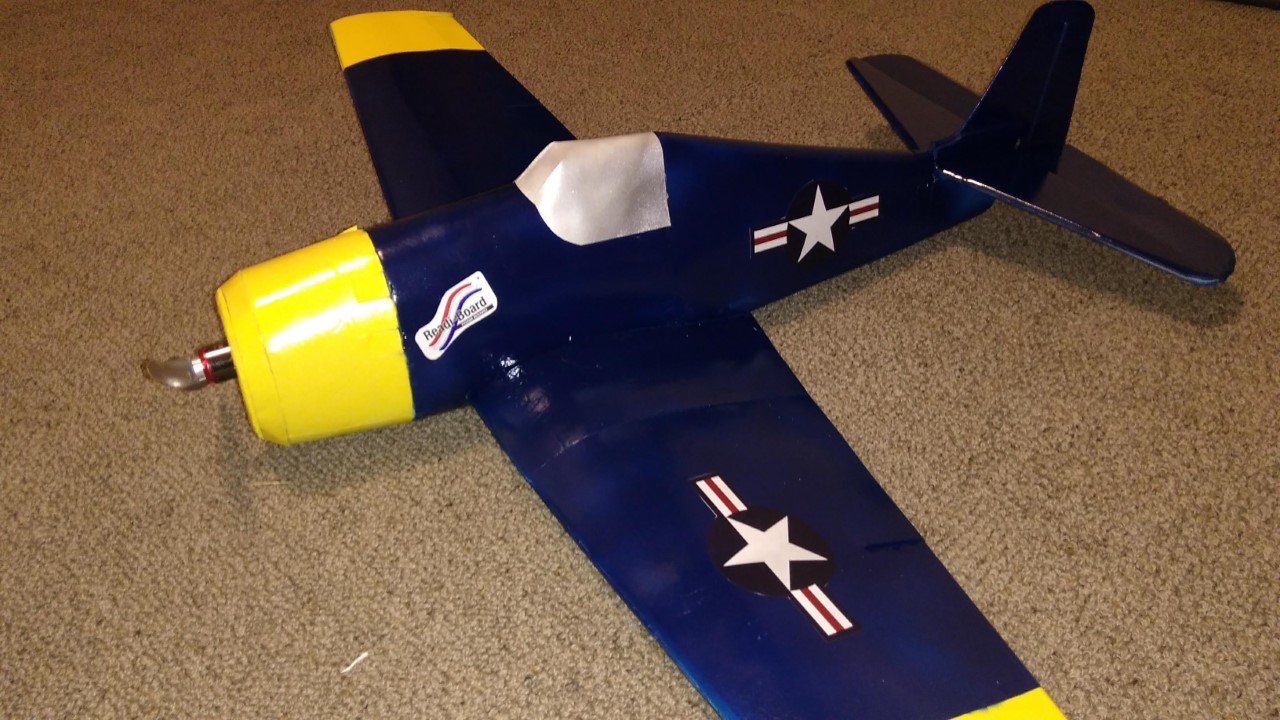 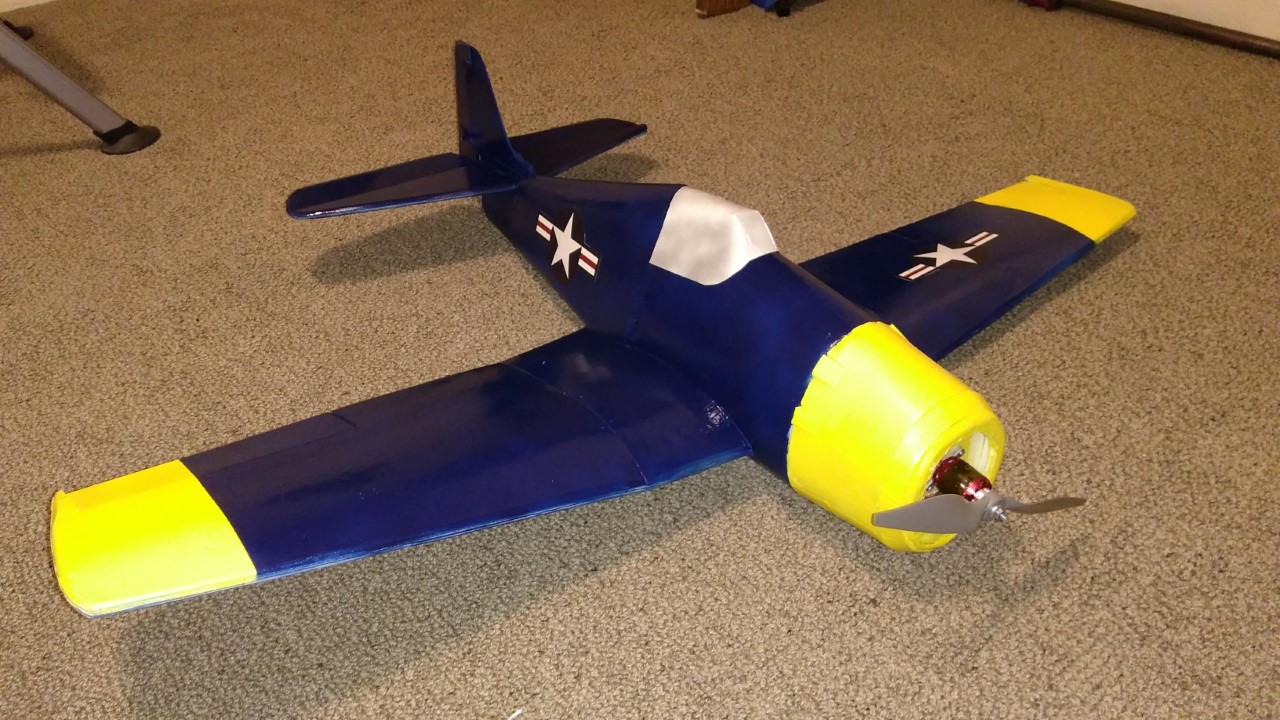 The first "flight" was off my bungee launcher and it reached an altitude of about 3 feet and glided well to the ground so it was time for a powered flight.

The second flight was short as I could not turn to the right so I came down and found my rudder was way off. I believe my transmitter didn't save the trim settings. I dialed in a little more aileron too. The third flight was $$ and it looked great flying.

With the above set-up performance is lackluster. I didn't try it but I doubt it would go vertical. Part of the problem is the 20C battery combined with such a large frontal area which induces a lot of drag. My Spitfire with the same set-up has good performance capable of moderately fast flight and some vertical (which works for me now). I'm thinking I'll soon be putting a 35XX on this pretty soon if it survives.

@Niez13 thanks again for the plans and the inspiration - I look forward to more of your builds.
Last edited: Friday at 12:44 PM

#102
The first try with the cell phone and the first 3 seconds are worth watching.