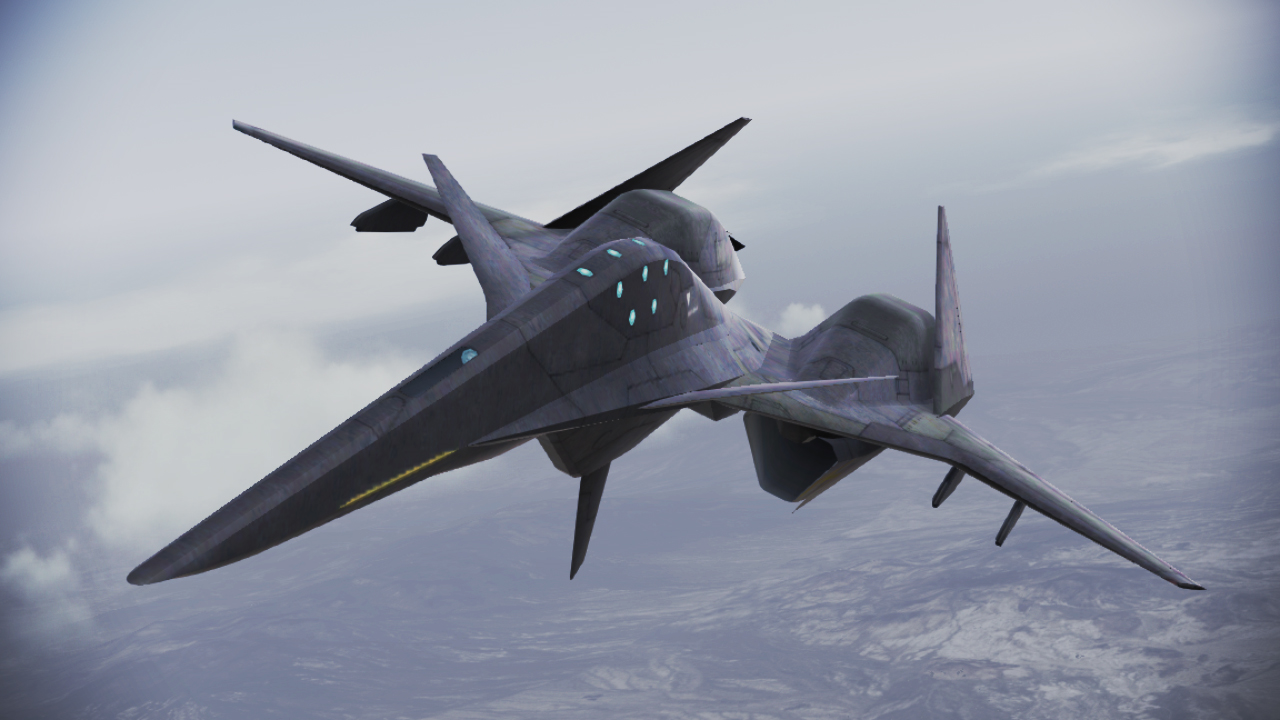 Yesterday I was playing Ace Combat and for some reason got the desire to build a jet . Although this will be my first real design I wanted to build one that has never been done before (as far as I know), so I chose the Falken. Having built several chuck gliders by making drawings from an existing model that I owned, I designed the Falken just like that. I drew the pieces directly onto the foam from the display function on the game, cut them out, test folded them, made a new drawing on paper for reference, and then glued the pieces together. By the evening I had a small prototype of fourteen inch wingspan, and I think it looks pretty good.

I did some glide testing and although it is a fictional aircraft it does fly! So now I am going to start revising the design, making it easier to build, and more scale looking. My hope is to make it a prop and slot jet, and once I gain the skills, to make free downloadable plans, but I have considered making it an EDF with vectored thrust! I should have an update by the end of the weekend.
Last edited: Apr 10, 2019
M

#3
I started working on my own version a while back for the forum challenge which I still didnt finish.
I wanted to claim the first RC Falken, guess I have to get back to work then.
Good luck on that!

#4
Thanks @Merv and @Fluburtur. I am going to redesign the engines to have a more scale shape, make the cockpit narrower, and build the wing with fewer sections to make it stronger.

I wanted to claim the first RC Falken, guess I have to get back to work then.Good luck on that!
Click to expand...
Is this a challenge?

#6
Yeah, we could combine both of our build threads into one like this! I read on the fantasy aircraft design challenge that you were going to do your's with cardboard and hot wire cut foam. So if you have time I would definitely be up for making it a contest, and we could set up a poll so that everyone can choose a winner!

#7
Why not, would be fun.
Btw you should join the (unofficial) FT discord server so we can talk there
https://discord.gg/Z3CxKV

#8
Ok, cool I will see if I can change the name of this thread, or possibly start a new one. Thanks for the invitation to the discord but I would rather keep to the forums.
Last edited: Mar 12, 2019

#9
I have finished redesigning the engine pods to give them a more scale shape, narrowing the cockpit, and giving the canards and vertical stabilizers a more scale shape. I am going to build the next version with black foamboard because, one, I won't have to paint it and, two, I have heard that it is more durable than the white.

#11
It will probably have a 27 inch wingspan and be about 33 inches long. Although the scale may have to be changed a bit because I am trying to match the plane to a power setup I already have, (Hextronik 2730-1500kv and a 7x5 prop on 3s). Also I don't have a vey large area to fly so I want to keep it small.

#12
Alright so it will be the size under mine, will be more friendly for other users to build tho because mine is rather complicated.

#13
Yeah, well it's kind of a hard build. It doesn't use any A, B, or C folds, it is all just bevels and formers and is still very messy because I had to draw the plans by hand. I am making progress though, I actually just finished building the second version and it looks much better! I will try to upload pictures later.

#14
So all week I have been cutting up foam and have now finished building a second version of the Falken. 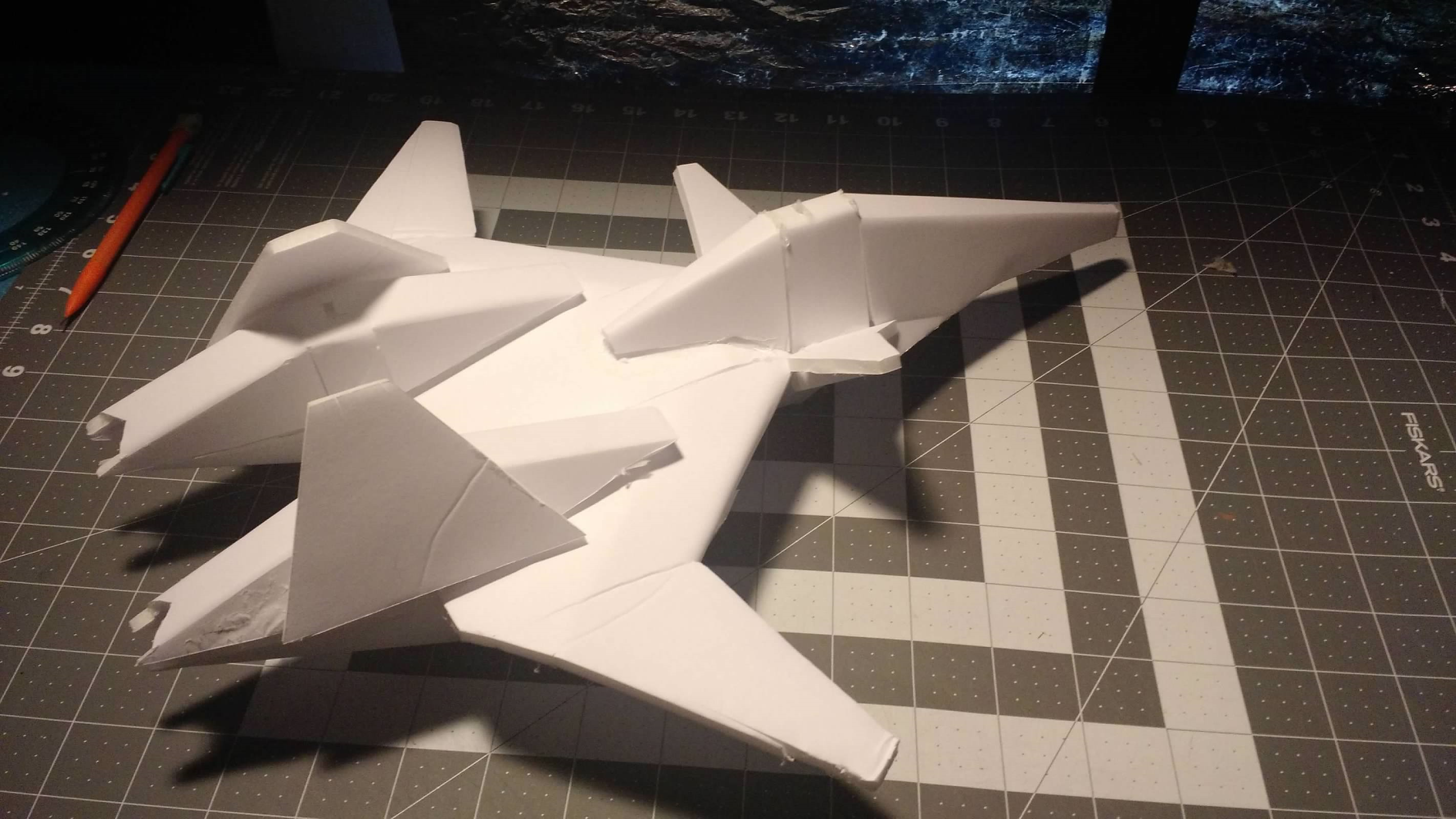 The engine nacelles have been given a scale shape.

The cockpit has been narrowed, the fillet has been added, and the inlets for the engines are now trapezoidal. 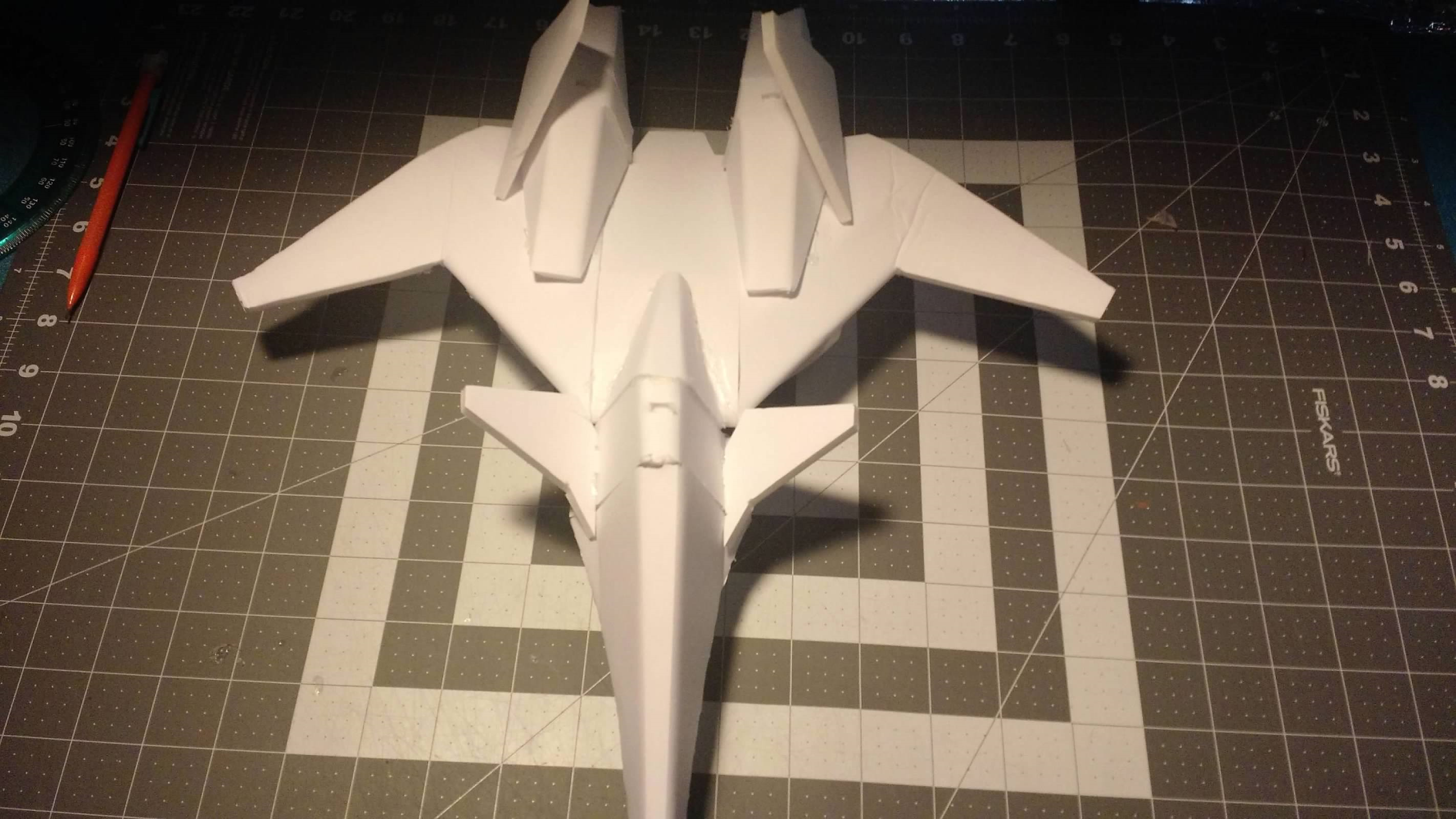 The canards have been changed to obtain a scale shape, and the wing has been reduced to three pieces. 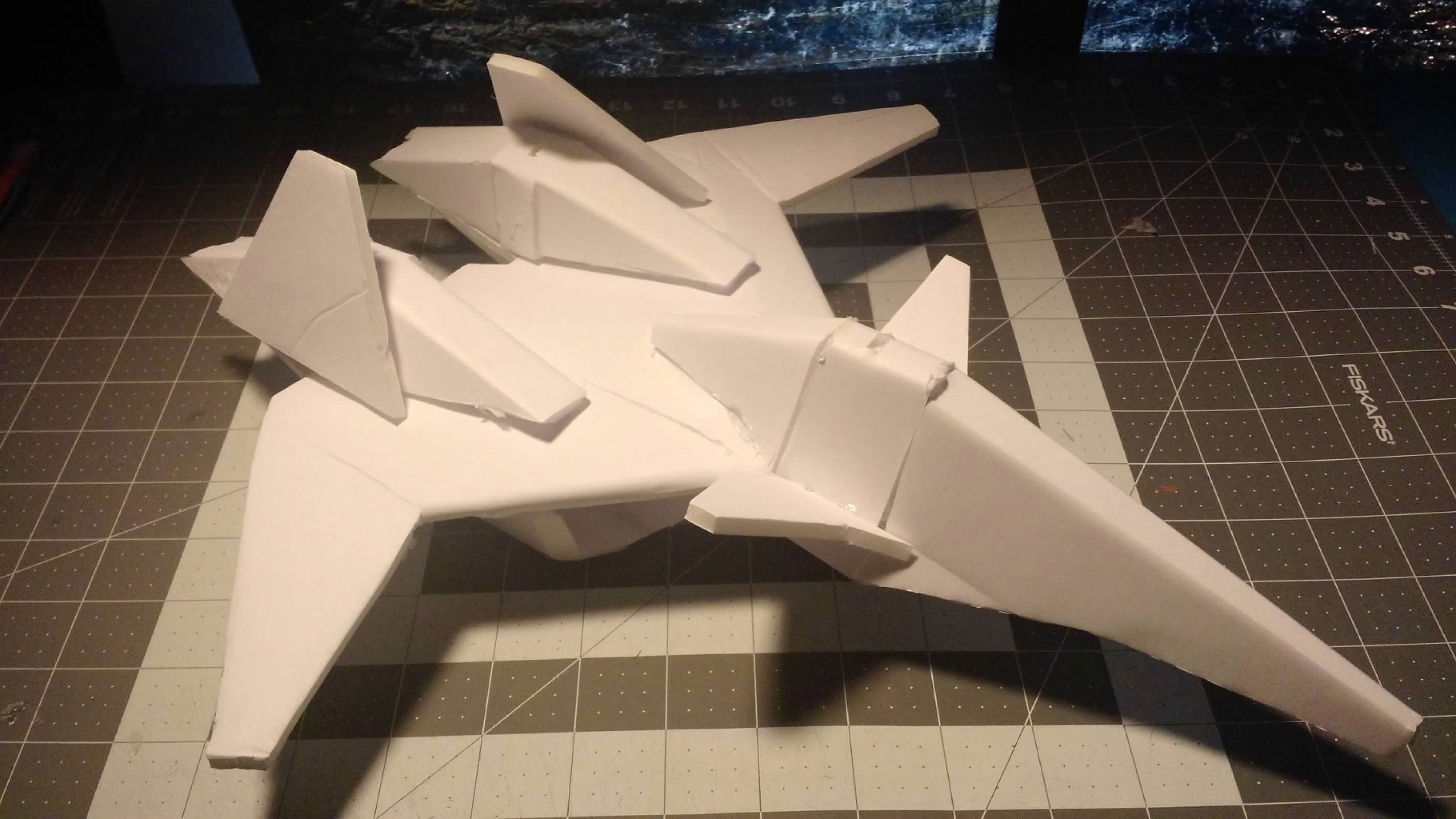 The next step will be to build the first rc version; although the design still needs to be revised because it is not very intuitive to build.

#15
So, last night I was looking at three view drawings of the Falken and came across a build thread for one on RC Groups. It is a small model made of depron and it looks amazing!

It was supposed to become a small edf jet, but as far as I know it was never finished.
Last edited: Apr 10, 2019

#16
Very nice build you have there, should scale up nicely.
And yeah there is no flying RC Falken
yet

#17
Thanks! by the way, are you going to do a red or black paint scheme?

#18
Yeah the classic black and red, I might try to paint the Gryphus One emblem on the tail since Ace Combat X was my first AC game (not counting AC3 which I played briefly several years before)

#19
Cool, I am going to keep the whole thing black except for a red stripe near the top of the vertical stabilizer. It will be the Razgriz paint scheme from AC5!