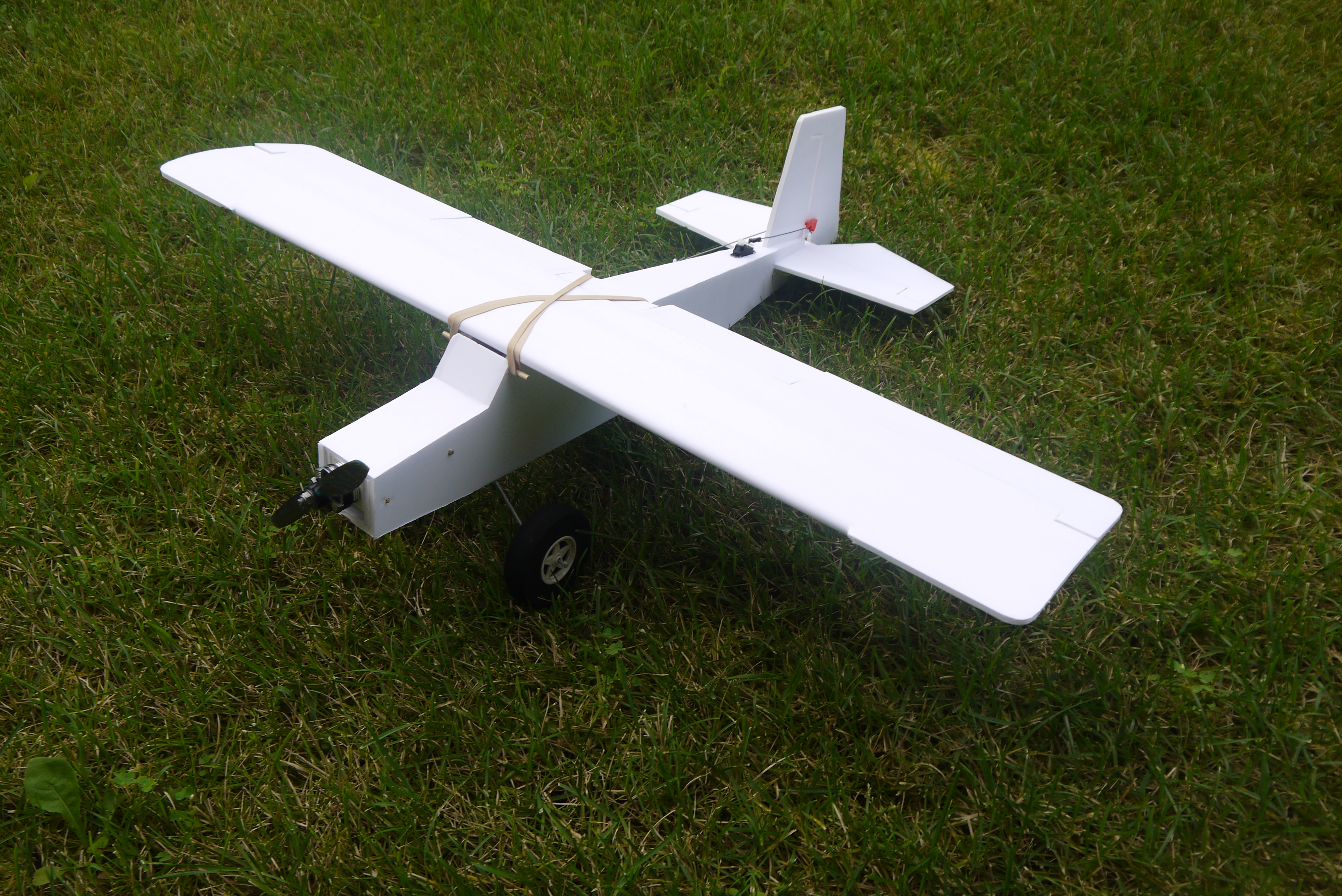 Description:
The ShrubSmacker is a mighty mini sized STOL plane. It is a fairly simple build and has a huge flight envelope. You can build it as a regular 4ch plane dial back the throws and use it as a step up from the 4ch Tiny Trainer, or you can build it with flaps and you'll have a STOL beast. With a removable wing it is the perfect plane to throw in the back seat. The plane also features removable landing gear so you can still fly if you're at a bumpy field or flying off of tall grass.

Build Difficulty: 2.5/5
With a basic box fuselage and a traditional FT style wing, as long as you've built a few FT style planes this should be a walk in the park.

Flight Difficulty: ???
The flight difficulty of this design will change based on how you set it up. If you decide to go without landing gear or flaps, it will be a good plane for those looking to start flying some less forgiving 4ch planes. If you build it with landing gear and flaps, taking off and landing becomes more difficult, but much more fun.

Flying:
As I said above if you build simply and dial back the throws you'll have a nice cruiser, but if you crank up the throws, you'll be able to perform almost any maneuver. Loops, Rolls, Flat Spins, Pop Tops, Crankshafts, Hover, Harrier, Knife Edge, Pinwheels, etc. You can also build with flaps and have a nice relaxing flyer for doing touch and go's.
While doing some gentle flying I've been able to get 10 minutes of flight time on a 800mah 3s.

Thanks to @SquirrelTail for naming the plane, and HUGE thanks to (in no particular order) @Beeblebrox @jpot1 @Stoobiedoo and @BATTLEAXE for building and providing feedback on the plane to make it as good as possible.
Likes: KN4IUU, Phin G, Shaun.hale and 18 others

By far my favorite mini park flying plane. and they can take a surprising amount of abuse!
Nate, you've taken a fun, Quirky Anders Liu design, and made it more manageable - without losing any "cool factor" or exciting Flight Characteristics!! Well Done. 👍👍
Read more…
Menu
Log in
Register