#1
25 years ago I built a Goldberg Eagle 2 as my very first plane. I had never flown before and figured how hard could it be. As expected the flight lasted 6 seconds and the plane did not survive. My first child was born a few months later so the remains of the plane were put in a box and forgotten.
I got the flying bug again after watching the FliteTest team put a Little Tikes in the air. I watched all of their training videos and started again with the FT Cub. I have been flying for about a year and half now but I can't shake the failure of that first flight. So I found the same kit and I'm on my way to redemption.
The servos still work perfectly so I am going to try to reuse them. The motor still turns but this build is going to be electric.

#3
what is the wingspan on this ship?

#4
bracesport said:
what is the wingspan on this ship?
Click to expand...
According to the instructions it has a 63" wingspan.

Mentor
#6
Excellent project! If you are able to get an FT Cub to bounce around the sky where you want it to go, I'm sure you'll have a great time flying the Eagle

#7
Over the long weekend I was able to make a lot of progress. Wings and control surfaces complete and the Fuselage is aligned and ready for glue. I forgot how quickly this kit goes together. After building the GLH-250 I really have come to dislike die cut parts. Those laser cut parts sure do spoil you. I may have to change my plans for the next build because I really would prefer a laser cut kit.

I know what you mean about how a good laser cut kit really makes those die-crunched kits look like a lot more work. Having parts that actually fit is a real nice feature!

#9
vhandon said:
After building the GLH-250 I really have come to dislike die cut parts. Those laser cut parts sure do spoil you.
Click to expand...
I completely agree. The Guillow's Lancer kit had one sheet laser cut and the rest were die-crushed. I would rather hand cut printed balsa than deal with bad die-cut parts. You end up fixing so many mistakes in the die-cut parts it is no time saver at all.

That's a really clean looking build so far! Are you sanding off the laser burn?

#10
TooJung2Die said:
I completely agree. The Guillow's Lancer kit had one sheet laser cut and the rest were die-crushed. I would rather hand cut printed balsa than deal with bad die-cut parts. You end up fixing so many mistakes in the die-cut parts it is no time saver at all.

That's a really clean looking build so far! Are you sanding off the laser burn?
Click to expand...
This is not the laser cut kit but it did need plenty of sanding. I kinda like the burn marks so I may preserve them and use transparent covering on the next laser cut kit.

#11
Another week of progress. I ran out of wood parts in the box so I must be getting close to finishing. Sanded everything down and mostly ready for covering. The plans offer several build options and I chose to use most of them:

- Lower dihedral angle for the sportier wing.
- Tail drag landing gear instead of tripod. I want to engineer a steerable rear wheel so that may hold up covering the rear fuselage.
- bolt in wing instead of rubber bands.
- Electric conversion but not following the 1983 suggestions. Power 46 and 60amp esc should arrive later this week.

I found some old hanger 9 wheels that I will reuse after a little paint. I got the tail section covered and it gives a good example of the color scheme. My, unnamed as of yet, pilot got a splash of color as well. The biggest pain point so far has to be the amount of filing and sanding it took to get the plastic window sheets to fit in the plywood openings. I almost gave up on them and just covered them with monokote.

#12
Weekly update. Many items crossed off the list, the end is near.
Up next is my least favorite part, control horns and push rods.

Mentor
#15
bracesport said:
@vhandon - this is great - I really really want to do a balsa build!
Click to expand...
Let me help you out with that!

Here are some local (to you) kit manufacturers / retailers

I'm sure if you got someone on the phone for a few minutes - especially from Hangar One - and talk to them about your flying site options they can point you in the right direction for a great first kit!

#16
@rockyboy - thanks for the links, even though my wife will kill me if I start another one - WOW, Hanger One is in NZ!

I do have my eye on this, 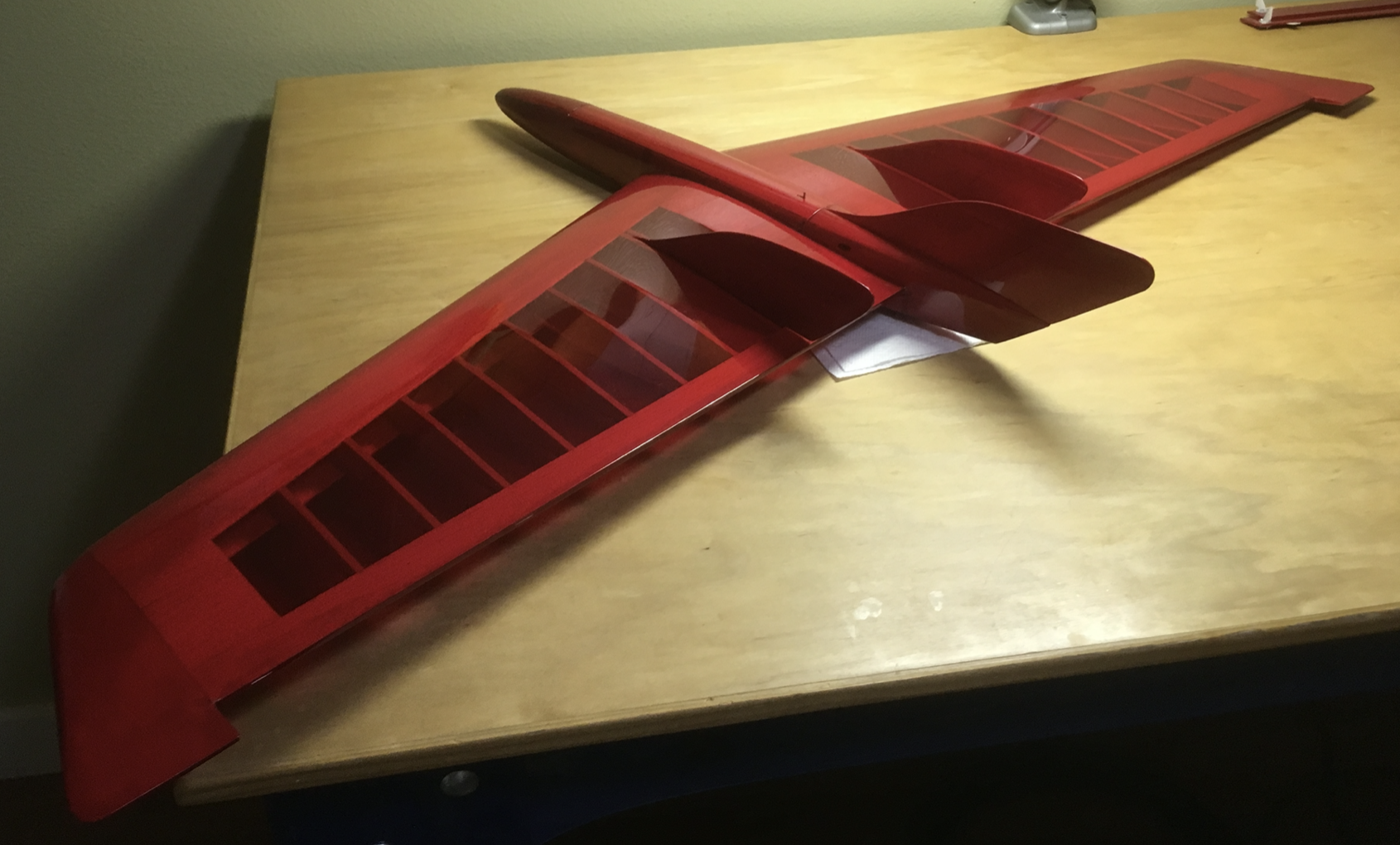