#1
Ok, so I have been having the urge to build a Hurricane since April and I finally got arround to it. 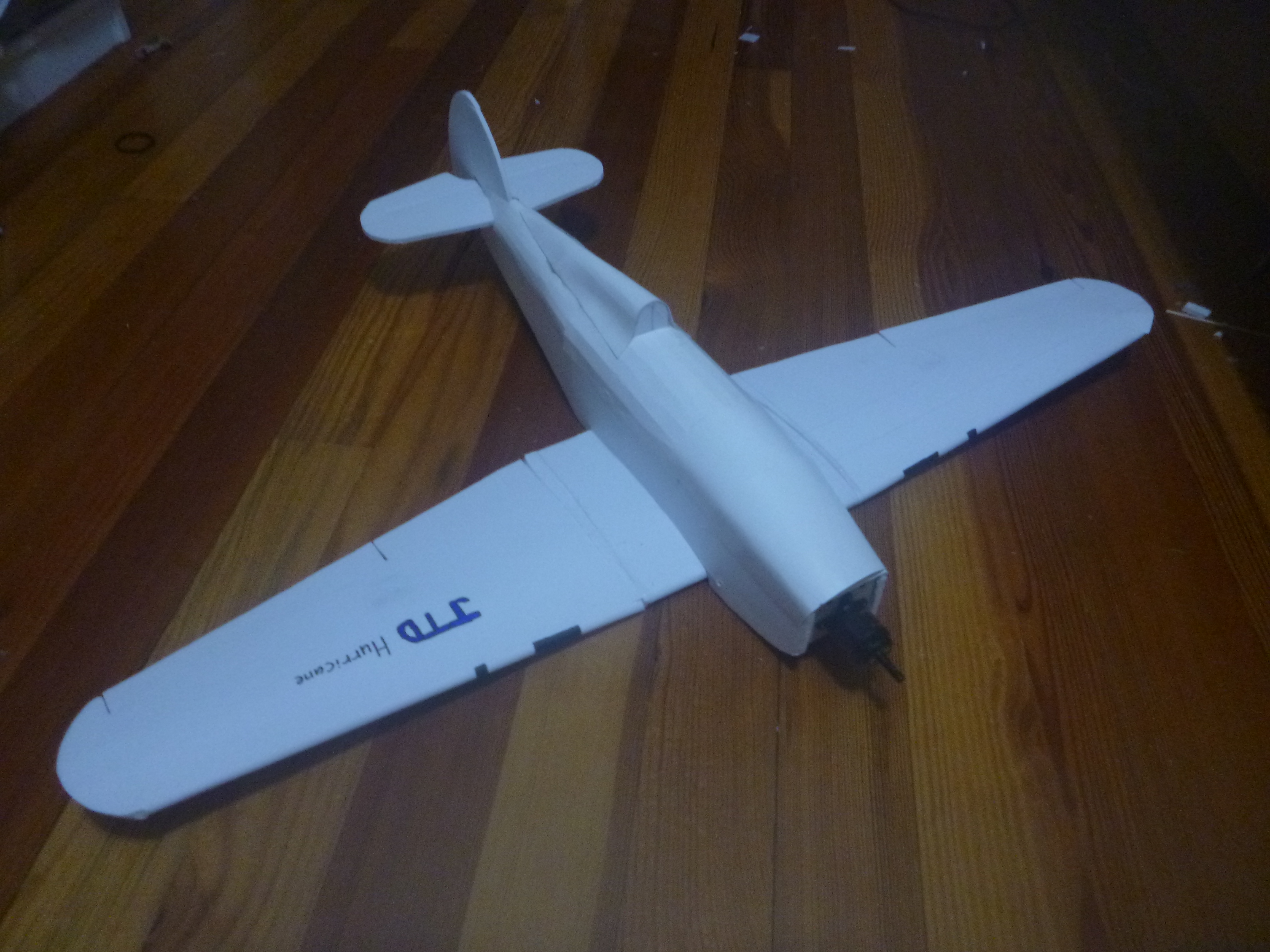 Anyway I started this build out by printing up a scale plan view of the Hurricane. 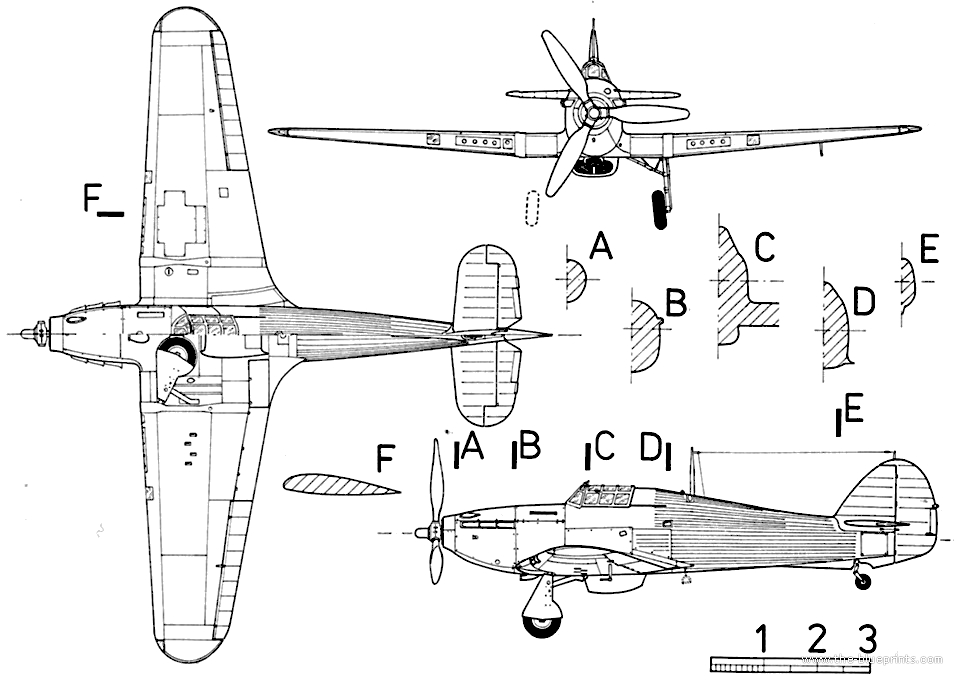 After that I started measuring all the important aspects of the fuselage, I then cut out a boxy FT style fuse and began adding formers/cardstock to the top.

Then I took a break from the fuse and started on the wings, I didnt take any photos of this part but I cut out a scale wing, bent it to a shape resembling a hybrid of the master series and regular FT wing and gave it dihedral at the proper point. I then repeated this process but for the opposite wing.

With that out of the way I cut a slot in the bottom of the fuselage and slid the wing in, then I designed a skewer/rubber band system so the wing could be removable.

I also added a Master series powerpod mount in the nose, it fits (barely) and makes it so all electronics but the servos are removable. With all this work completed i took it outside for the chuck test, and it passed perfectly, it dies have a slight inclination right but a little trim should help. I am planning to fly this on a B-C pack with a 1500 3S. Below is a comparison to the FT Mustang.

And here is a better photo

I am hoping to maiden this next week, if all is successful I will construct a beta and then finalize digital plans (so far I have done everything on paper). This has been a ton of fun to build and hopefully this will be my first flyable design.

#3
Its all ready and I am planning on taking it to a field for a maiden this evening, hopefully the weather stays clear. 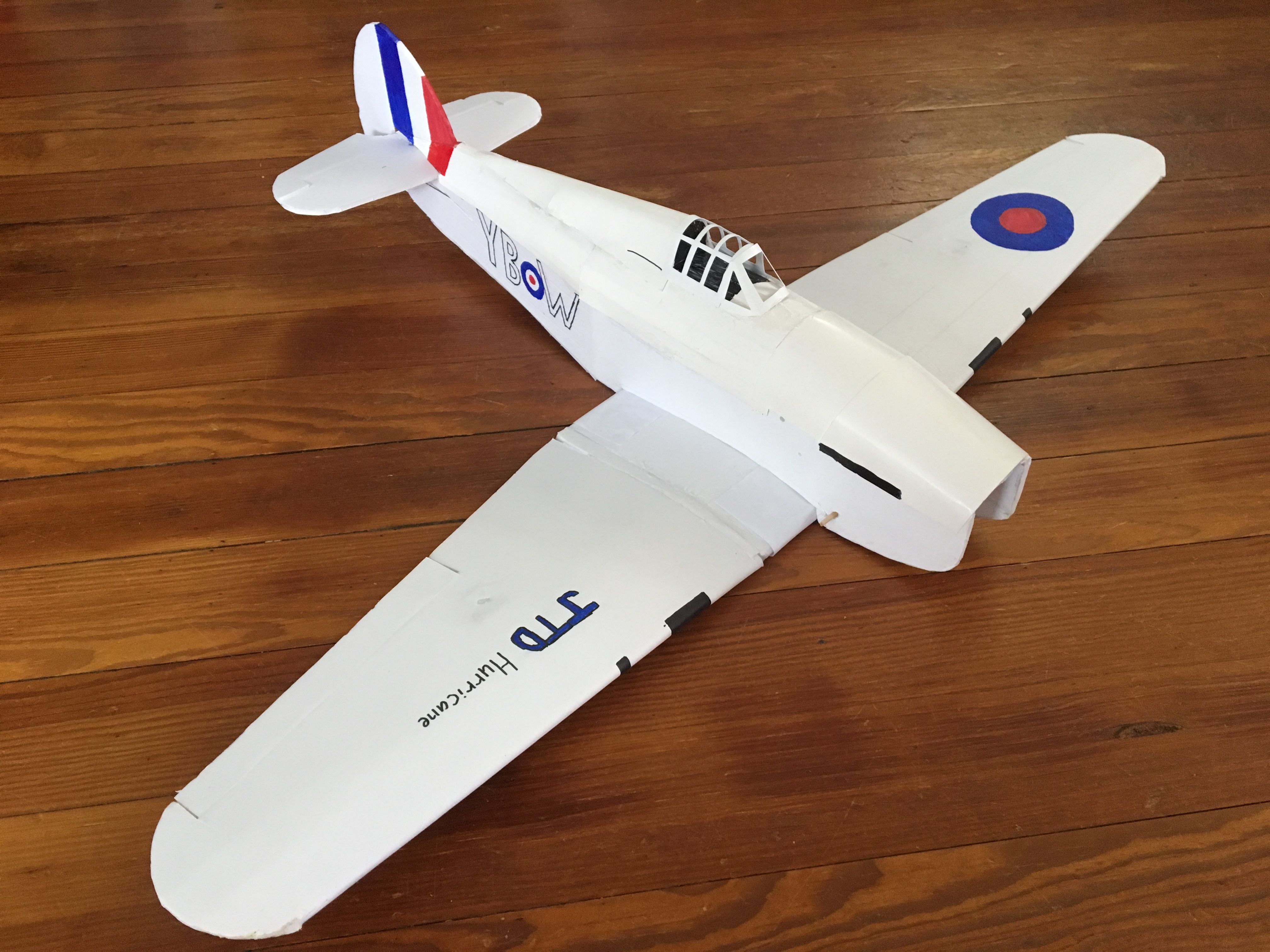 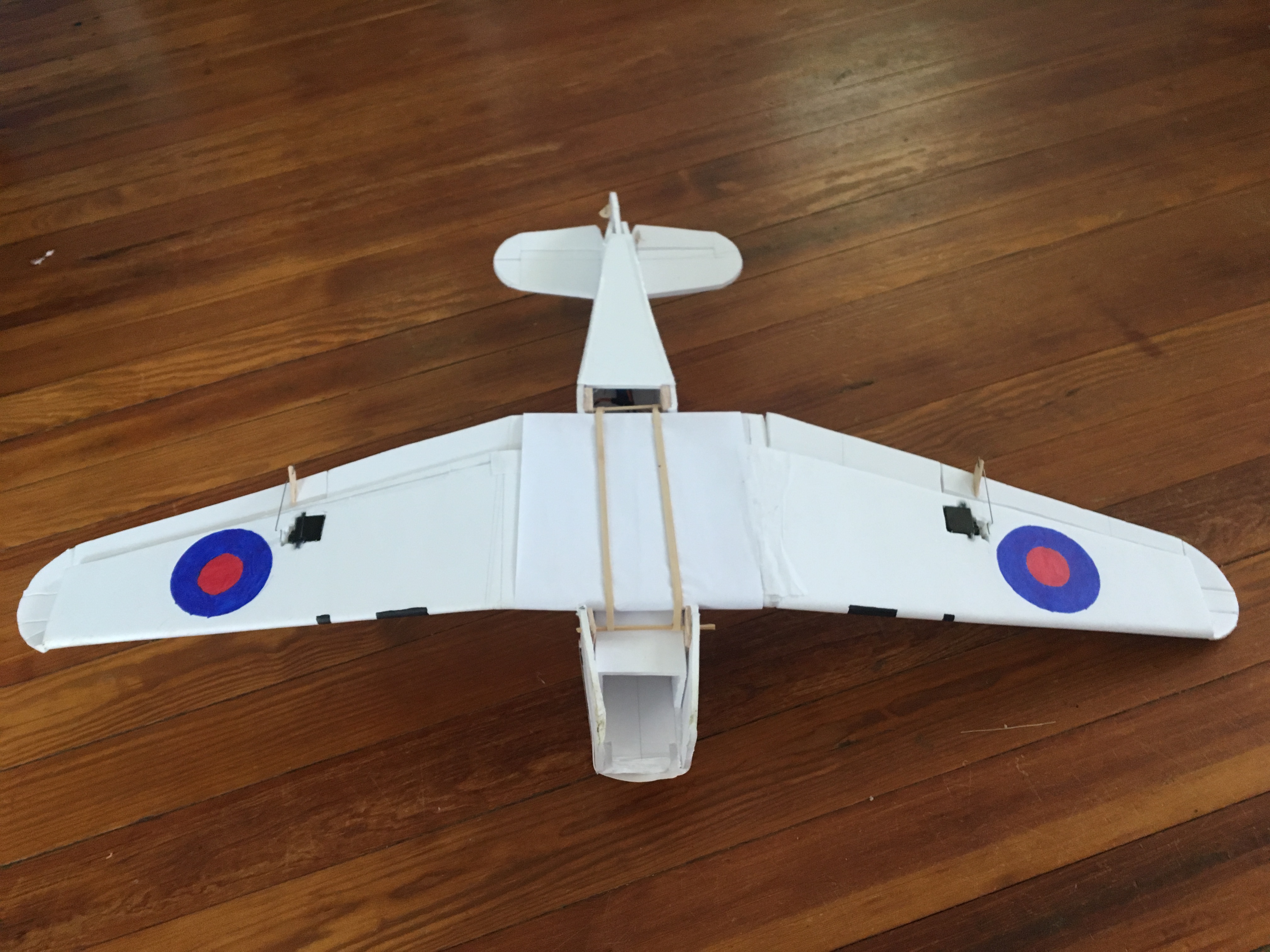 And in case anyone is wondering, yes the wing is a tad bit off center, I just quickly put it together for a photo. its part of my checklist to set the wing in properly.

#5
So I took it out to the field, the first flight, I had the ailerons reversed, and it made a soft landing in the clover. The second flight I launched on full throttle, climbed out began to execute a right turn, folded the wing, lost control and went in. my LiPo was destroyed along with the prop and airframe.

1: I had the rates way to high, I was having trouble making corrections because the rates were just to high, I have to make sure I lower them for v2

2: I need a stronger wing, a folded wing isn't gonna cut it, I need balsa or at least a foam box

3: Experience, its been 6 months since I have flown anything and it shows, I really gotta build a explorer or FT scout and re learn the movements.

Other than that I think this design is quite viable and as soon as the dollar store gets foamboard back in stock I will build a v2.

#6
RIP Airplane. I press F to pay respects. At least you got it on film with the unceremonious THUMP.

You can build it again. Stronger. Faster. Better! Was it the dihedral bit that folded or was it down the middle?

#7
CapnBry said:
RIP Airplane. I press F to pay respects. At least you got it on film with the unceremonious THUMP.

You can build it again. Stronger. Faster. Better! Was it the dihedral bit that folded or was it down the middle?
Click to expand...
It was the dihedral bit that folded, I honestly suspected that it might go if I overstressed the wing ( ie loop or something) but I wasn't expecting to lose it on the turn. And yeah, I will, the one thing that unnerved me was when I pulled out the LiPo and saw how close I came to causing a fire. In the future I will have to protect it better.
You must log in or register to reply here.
Share: Facebook Twitter Google+ Reddit Pinterest Tumblr WhatsApp Email Link
Menu
Log in
Register