#21
synjin said:
All right, I have all the parts cut and ready to go. Is there dihedral or polyhedral in the wing? Did you set up the tail as a v-tail (programming wise)? At this point I’m trying to decide between an 1806 or 1407 motor. Either way I was just going to use a 900maH 2S as both the motors are pretty high Kv.
Click to expand...
There's a bit of polyhedral, it's up to you how much you want to build in depending on the performance you want. Tail is programmed as a v tail.

#22
Here’s mine in glider configuration. Added some skewers as a wing cradle. 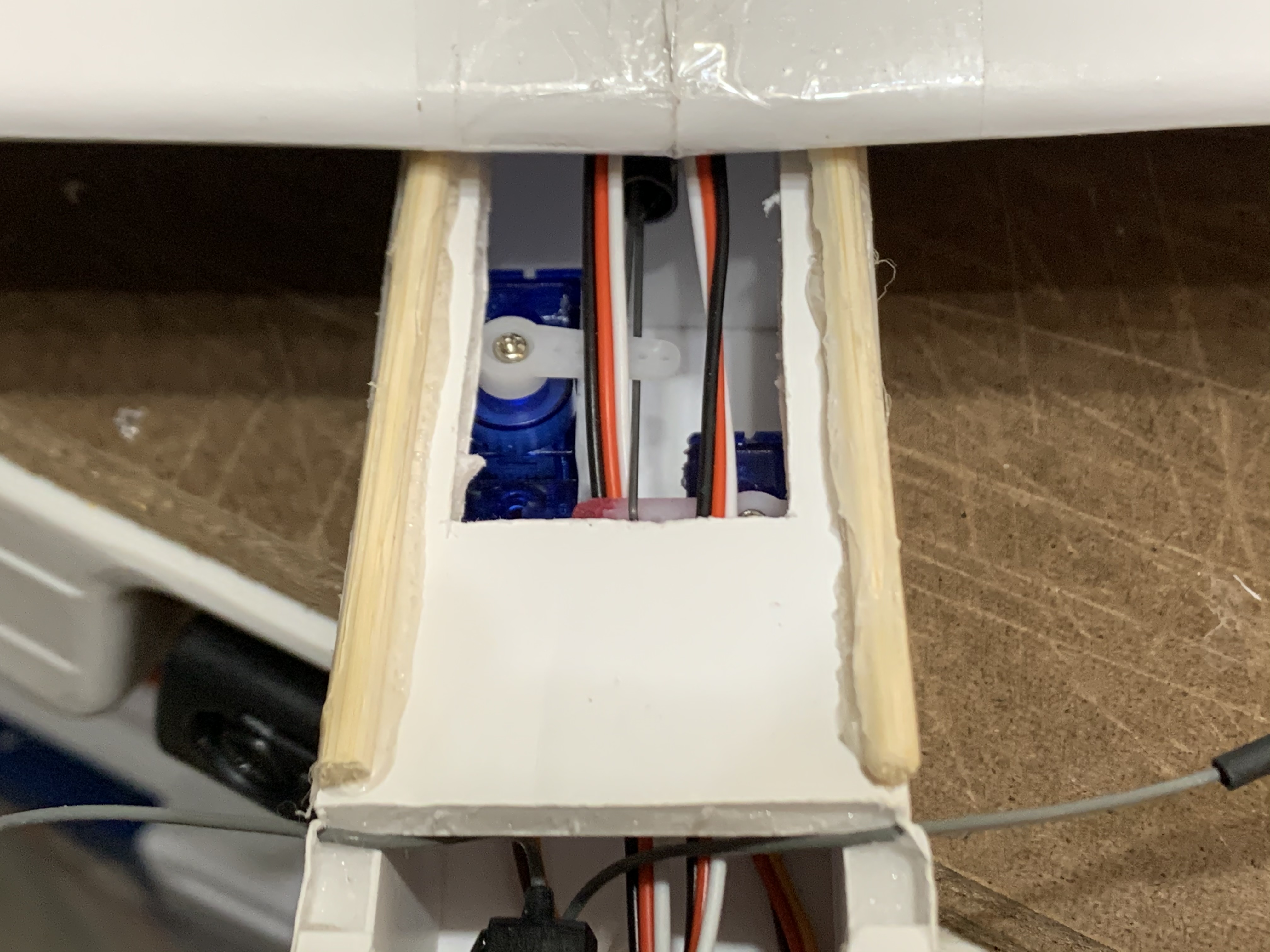 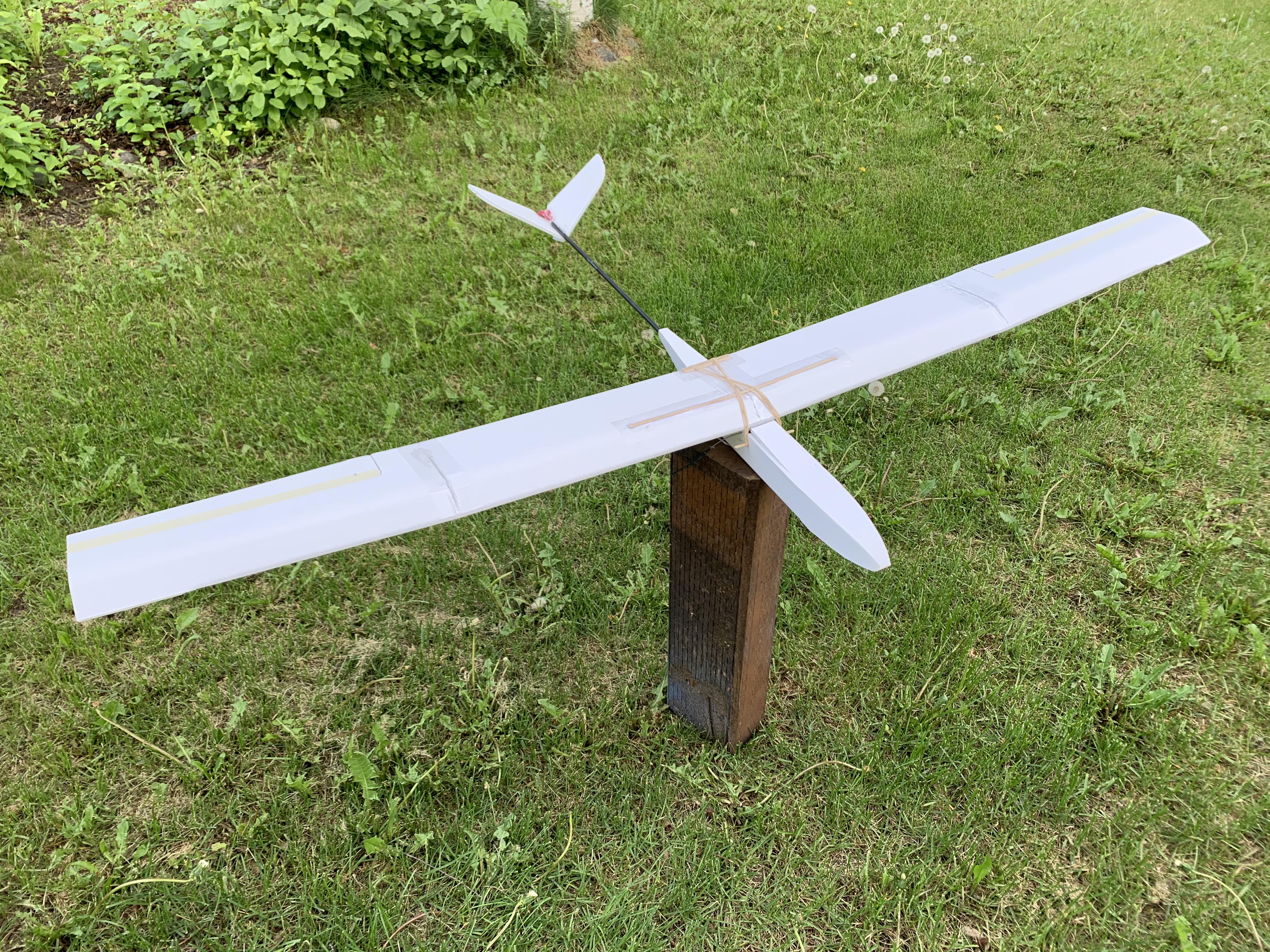 #23
So, after the glide test I found that in still air conditions the tail doesn’t have enough elevator authority. I think I’ll redo the tail lager. Maybe half again bigger.

#24
New tail feathers. I’ll give them a go in the morning. Night all. 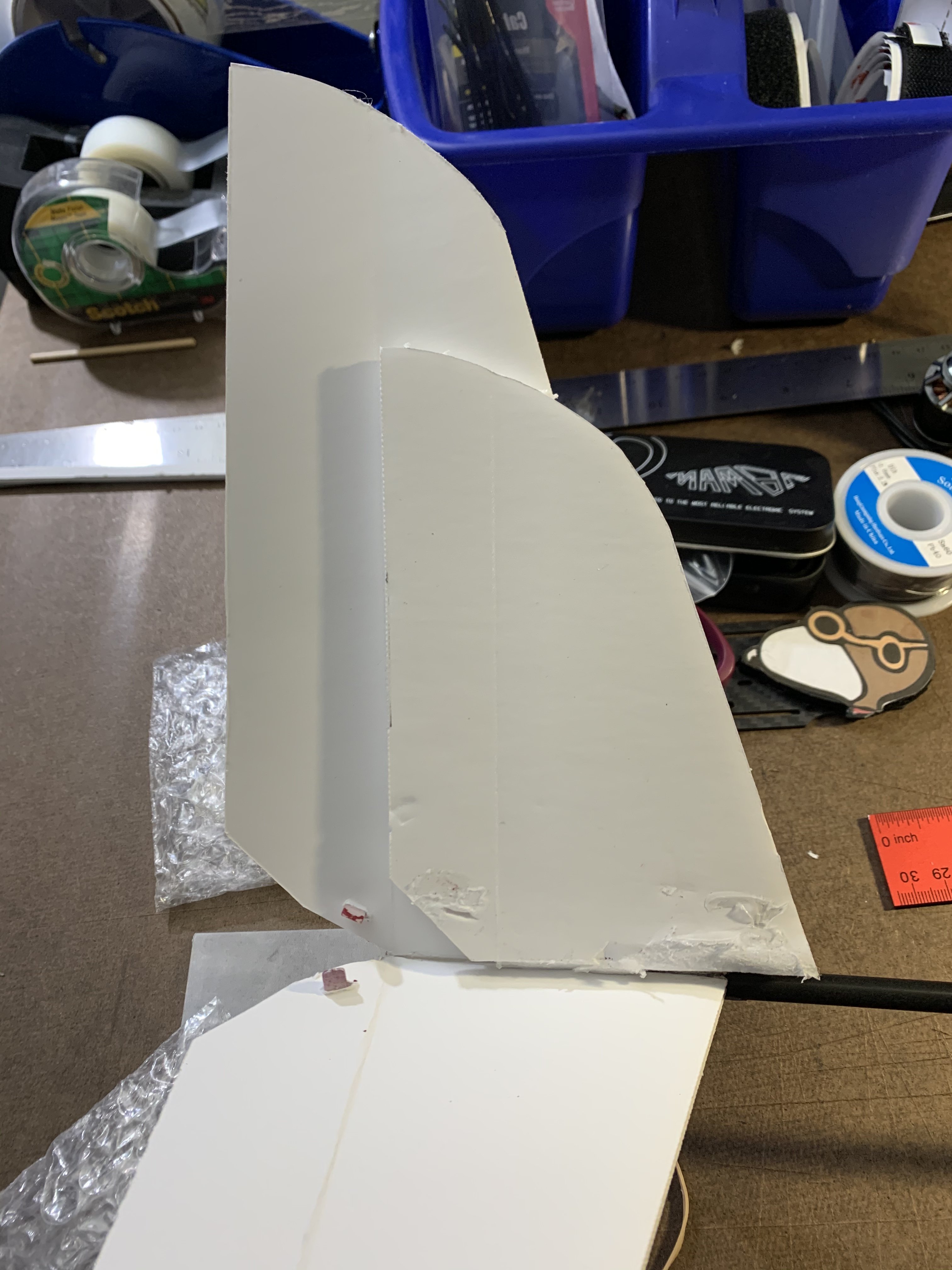 synjin said:
So, after the glide test I found that in still air conditions the tail doesn’t have enough elevator authority. I think I’ll redo the tail lager. Maybe half again bigger.
Click to expand...
I guess I need to fix that then. Thanks for letting me know.


I guess I need to fix that then. Thanks for letting me know.
Click to expand...
How did yours fly?

#27
synjin said:
How did yours fly?
Click to expand...
I haven't flown it yet, quarantine has made it really annoying to fly anything in my area. I should probably glide test it at least.

#28
Crawford Bros. Aeroplanes said:
My latest design, a 2m sailplane. It was inspired by Tony Mellor's Alto saiplane, found here: https://outerzone.co.uk/plan_details.asp?ID=11611
I wanted a glider with well-rounded capabilities that could handle a variety of wind conditions. We'll see if it succeeds in that regard, but I have a good feeling about this one. Even if it doesn't perform how I want, at least it's one good looking plane!

The Aeronaut weighs in at 491g (17.3 oz) with 6.8g/sq. ft. wing loading. Current power setup is a 1300mah 3s and 3ch. It should slope nicely and might be able to ride thermals pretty well too. Pod and boom fuselage, I used a fiberglass arrow shaft although carbon fiber would be ideal. I ended up using a full length wood spar in the wing, it was rather hot when I built it and the glue wasn't cooperating so I decided not the take any chances. The plans include a foam spar that should work fine for thermals and will reduce weight. For aerobatic sloping or higher winds I recommend at least a partial length solid spar, be it wood or carbon fiber or anything else for that matter. Stronger is never a bad thing with slopers!

I haven't had a chance to maiden it yet, I finished it less than half an hour before I'm writing this. Honestly I think she's almost too pretty to fly. She'll look even better with paint. Someday I'd love to rebuild this in balsa, foam almost doesn't do it justice.

Note that the wing covers the battery hatch slightly, I thought I'd point out that yes, it's supposed to be this way. This keeps the hatch closed closed reliably, and there's a bit of foam glued inside the fuselage that the hatch rests against so it doesn't disappear inside the plane. I've added a bit of packing tape to the hatch to aid in opening it, it's folded under the wing.

Plans are as of yet untested. Seeing as I will hopefully not be rebuilding this anytime soon it would be nice if a few people could build one as beta builders and help me flesh out any issues with the plans or the design in general. Construction should be fairly intuitive, the fuse is just a simple A-fold with a stylized nose. It should be possible to fly this as a 2ch, just add a bit extra dihedral.

Build difficulty:
Beginner - Intermediate
Click to expand...
what size pages do you print the plans out on?

#29
Matthewdupreez said:
what size pages do you print the plans out on?
Click to expand...
The plans are 1:1 with a 20x30" sheet of foam board

#31
i have a suggestion for this glider.... it needs nose doublers.
if the landing is slightly on the hard side it wrinkles... but brilliant design anyway