#1
Ever wonder how hot your ESC gets? Swappable Power Pods are a great idea... But not much air flow. Check this out! 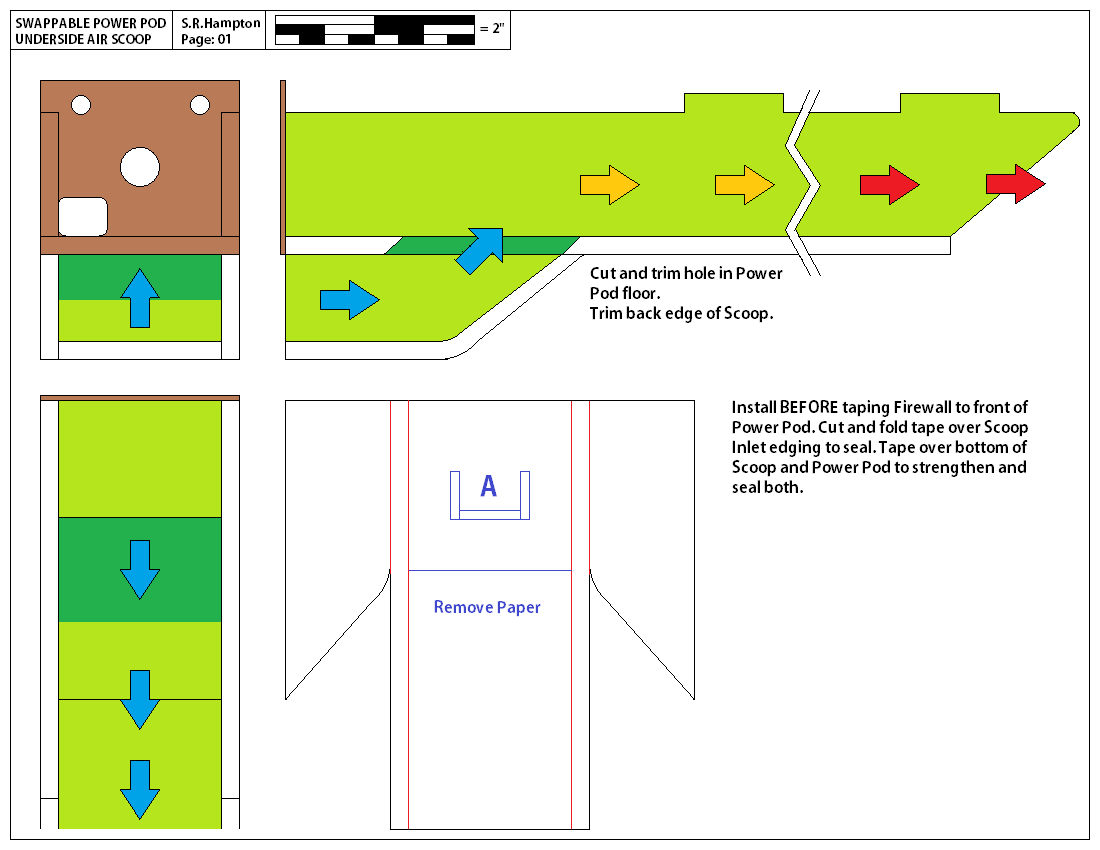 #2
Good Idea, It might also be helpful to cut a hole in the back of the fuse to let the air out.

#3
Ah, yes! Exhaust Ports are handy when shoving air into new Intake! LOL I'm building twin motor, nacelles are open back. Anyway... here are the two completed pages of my idea. Second one is going into my Guinea "Bush" Pig, and SC-7 Skyvan. 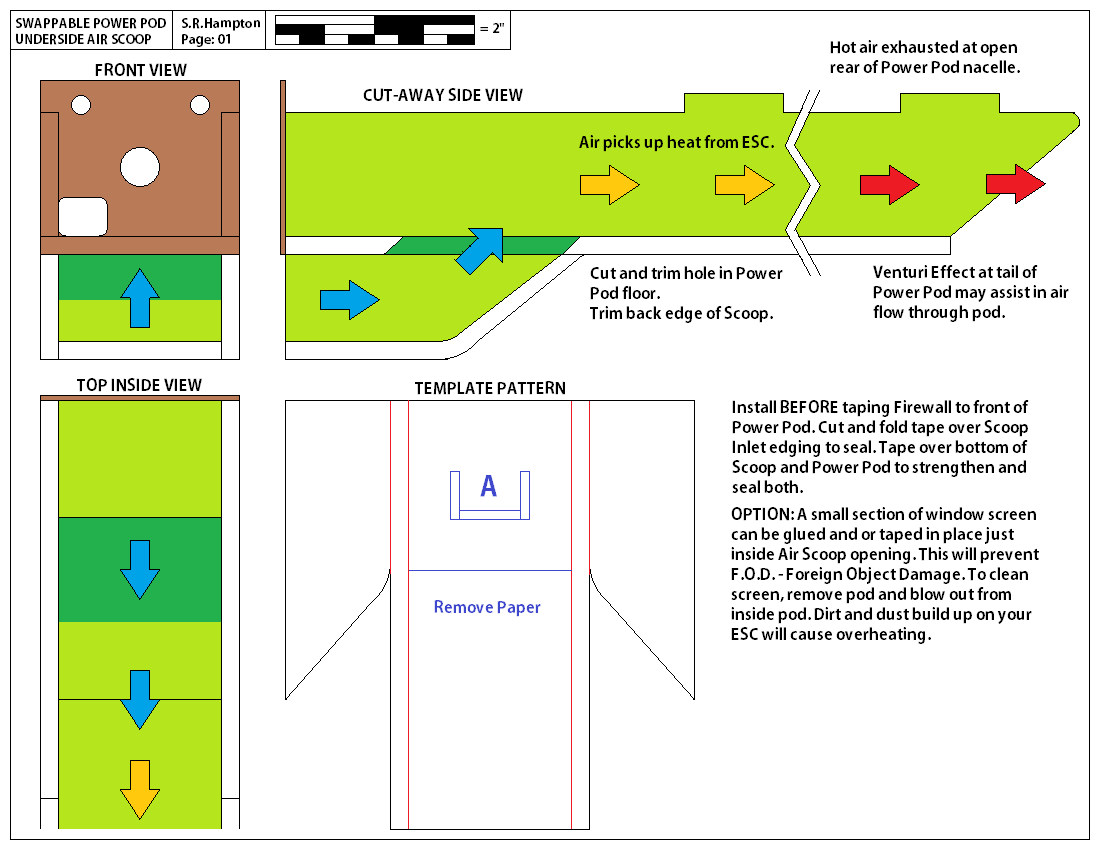 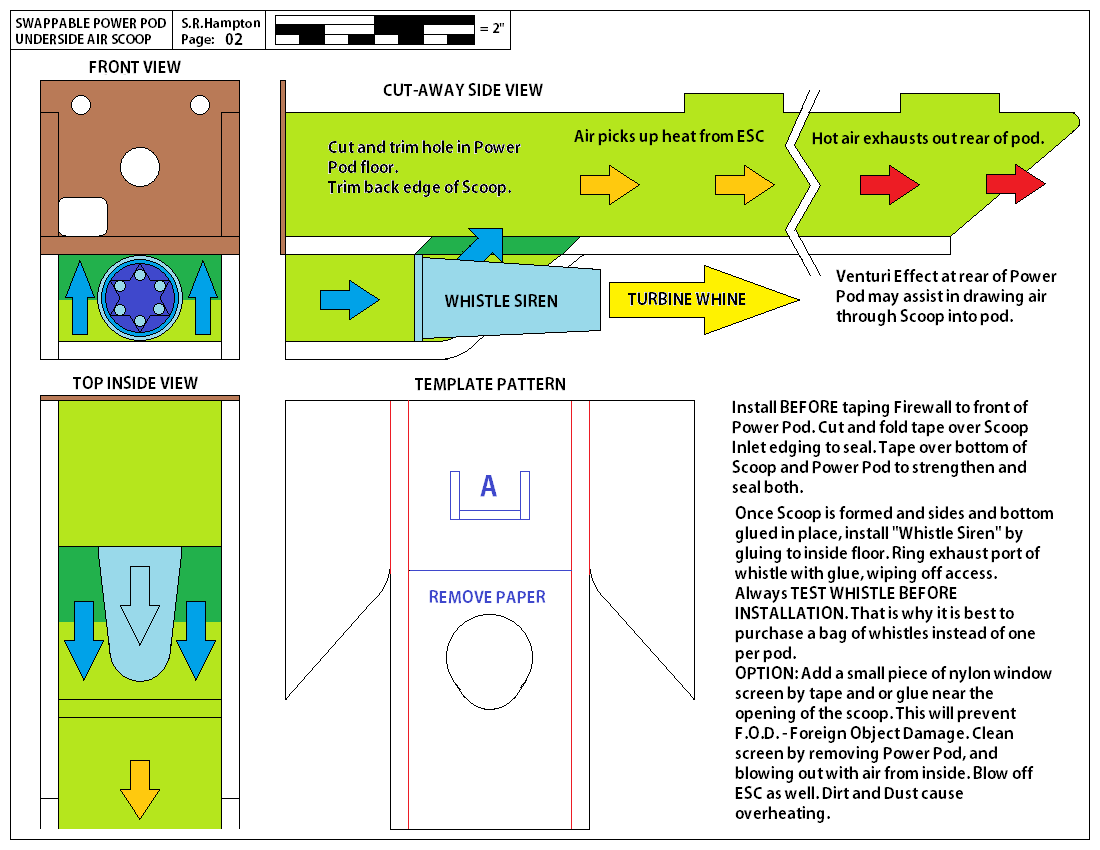 Comments and other such communications are welcome.

#4
Personally, I plan to belly land for a good while. Not good, having something sticking down on the bottom side. Once I'm landing well and am trying to take off and land with gear? I can't see where the added weight on the nose is good or really necessary, most people seem to fly the FT designs without problems, once they learn how.

Added cooling if you live where it's really hot is a good idea. It honestly seems to me that a few small holes or slits would accomplish that. The bigger problem in those climes seems to be the hotglue melting.

The siren? I can't wait to hear it on video! Have you thought about just hotgluing the siren on top of the wing center at the CG point?

You asked for opinions and there's mine. I'm still really looking forward to hearing your plane dive with a siren!

#6
Scooter The White Rabbit said:
Turbo-Prop! heh heh he he!
Click to expand...
LOL! You are both scary and exciting at the same time. Until you've built something and flown, though? I've gotta be harsh here. Everyone was taking you seriously at the beginning, but you've got to build something! I have yet to fly, but I've got two builds done.

With just a few builds done, everyone is going to say "You've got the skills. Build it and do it and see how it works." That's the beauty of building with foambard. First, you've got to build something that flys. Not that I'm pushing or anything...

#7
More cooling is rarely a bad idea, but there are simpler ways to achieve it. The Bloody Wonder V2 had a sort of NACA duct cut into the top of the fuselage. You could easily do the same to the bottom of the power pod instead. Likewise, people have cut a hole in the power pod or fuselage and put half the cup of a plastic spoon over it to act as a scoop.
The whistle idea could be cool though. The little whistle might also be a good way to see how much airflow you get through somewhere too, just stick it in somewhere you're curious about, fly, and listen for whether it whistles or not.