So Saturday morning I attacked some foam board, attempting to make a plane with:
- symmetrical airfoil
- lots of side fuselage area
- huge control surfaces

The result was weird. Not bad, but not anywhere near perfection. 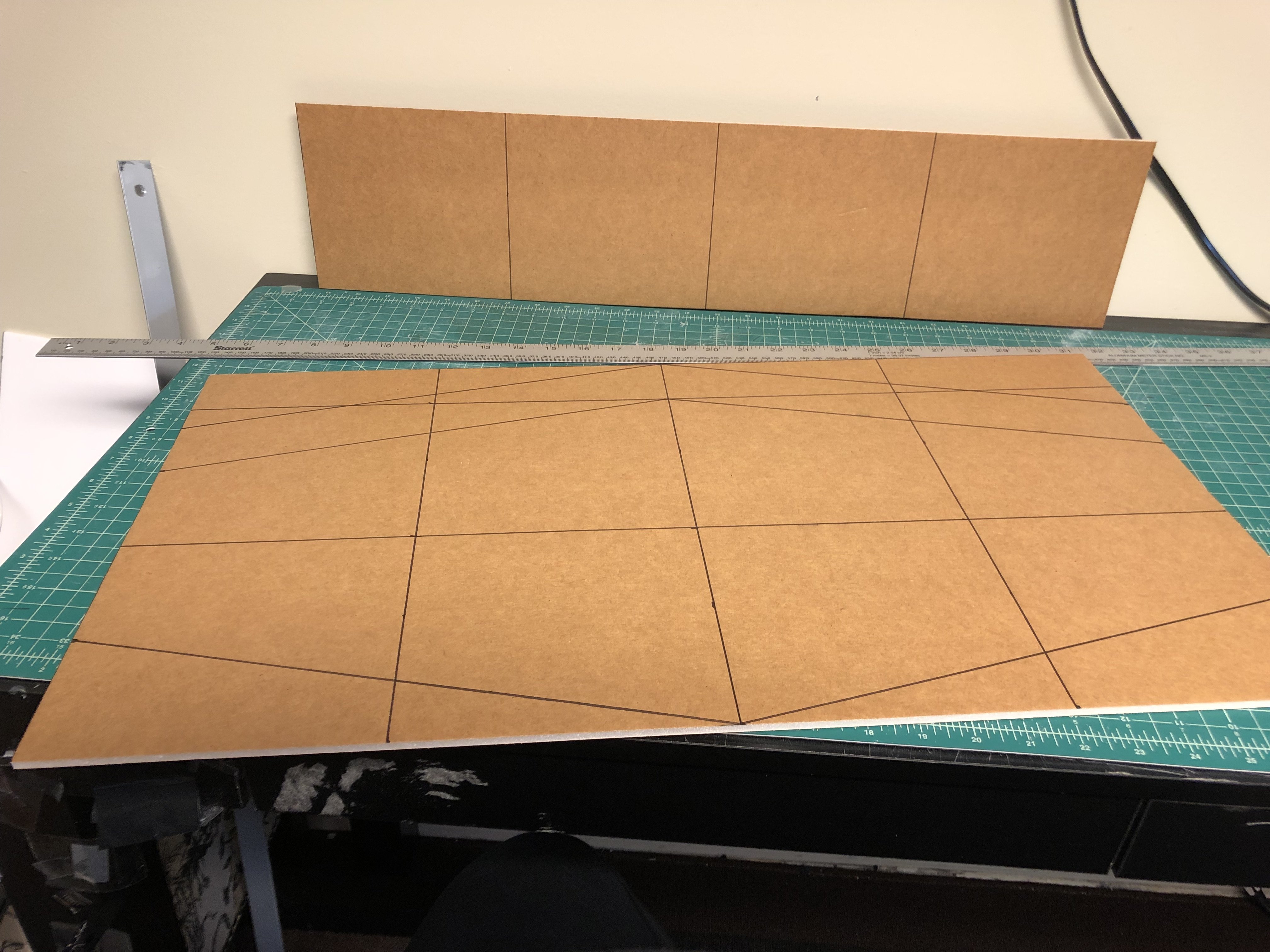 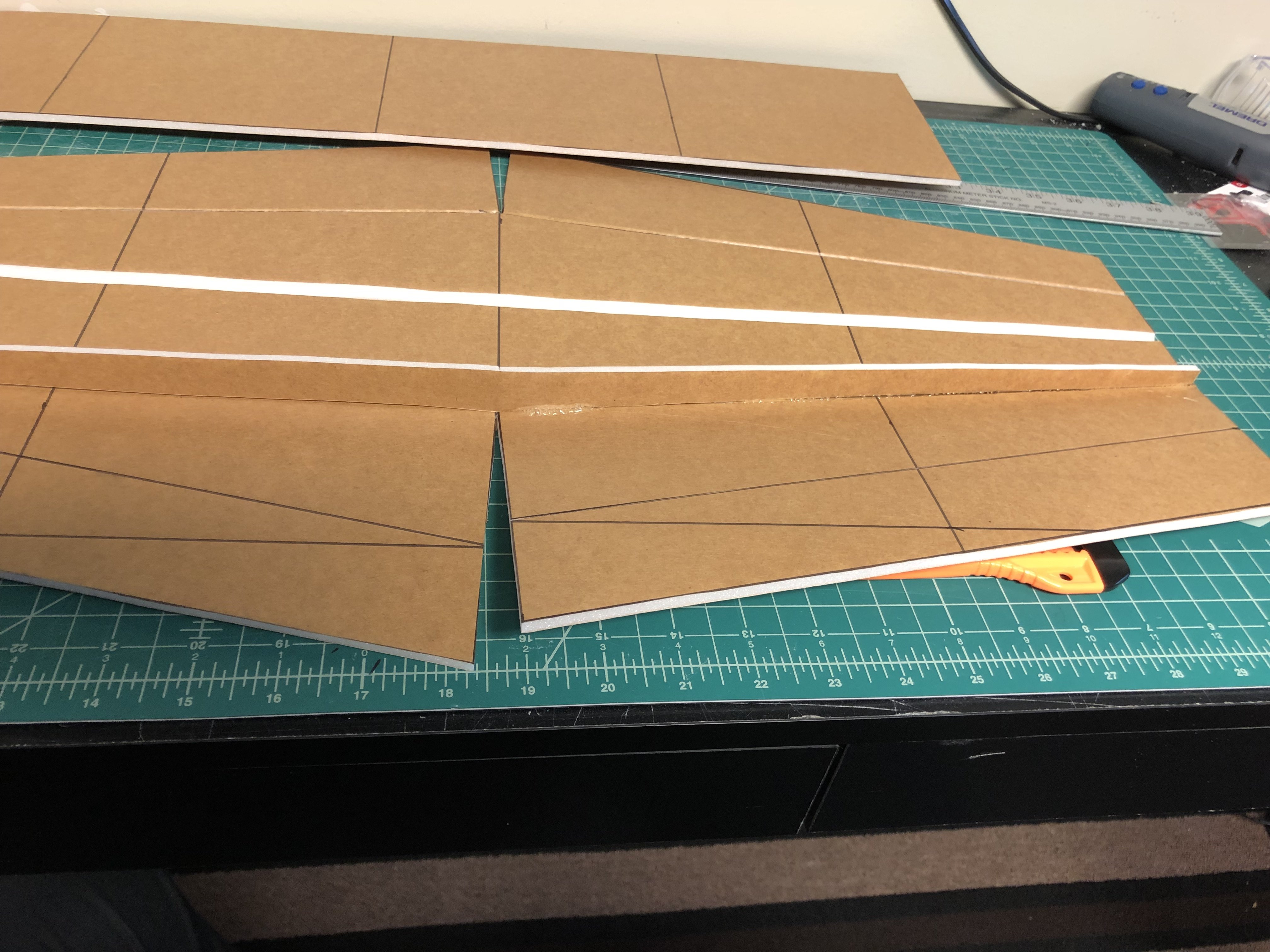 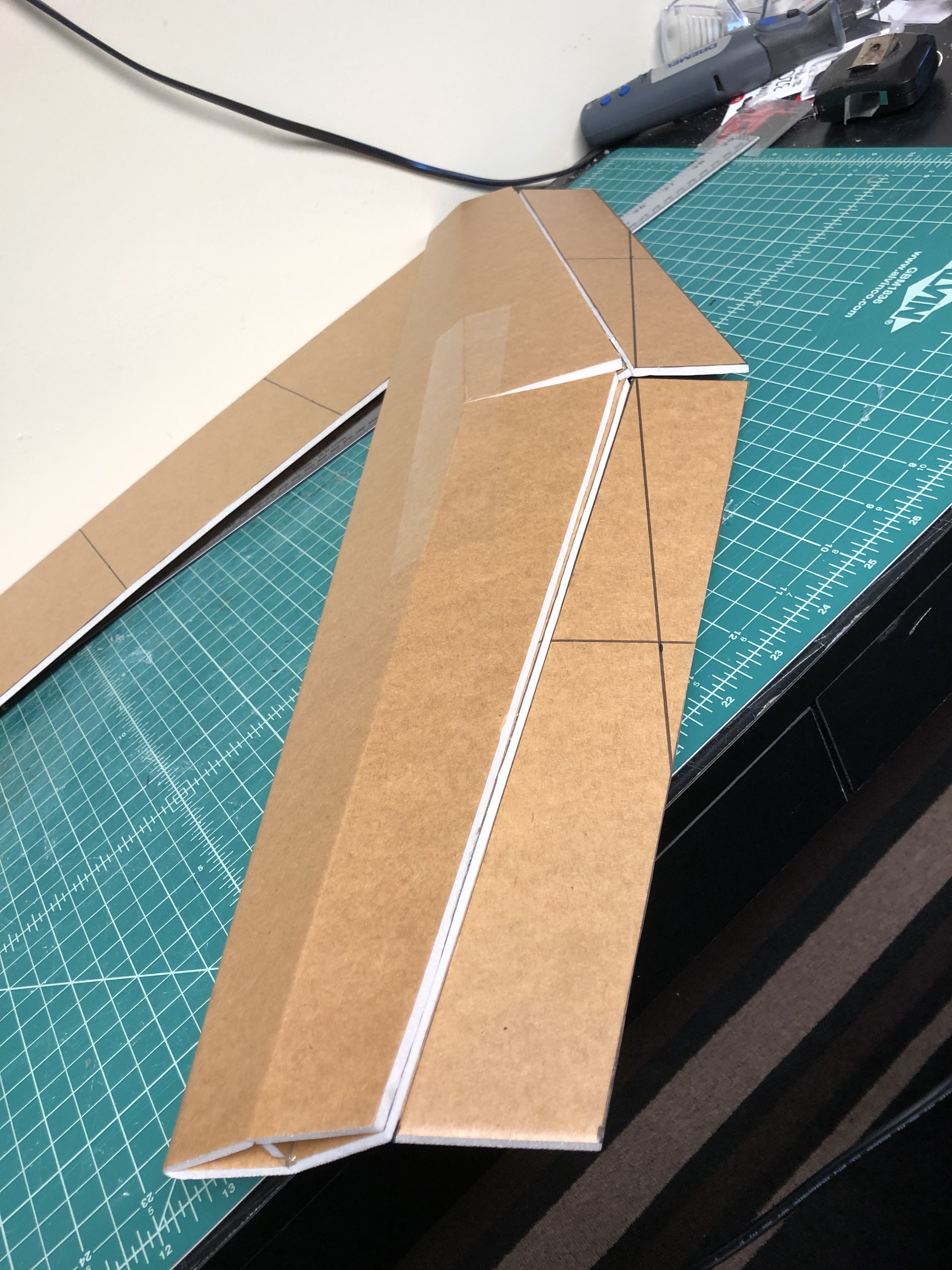 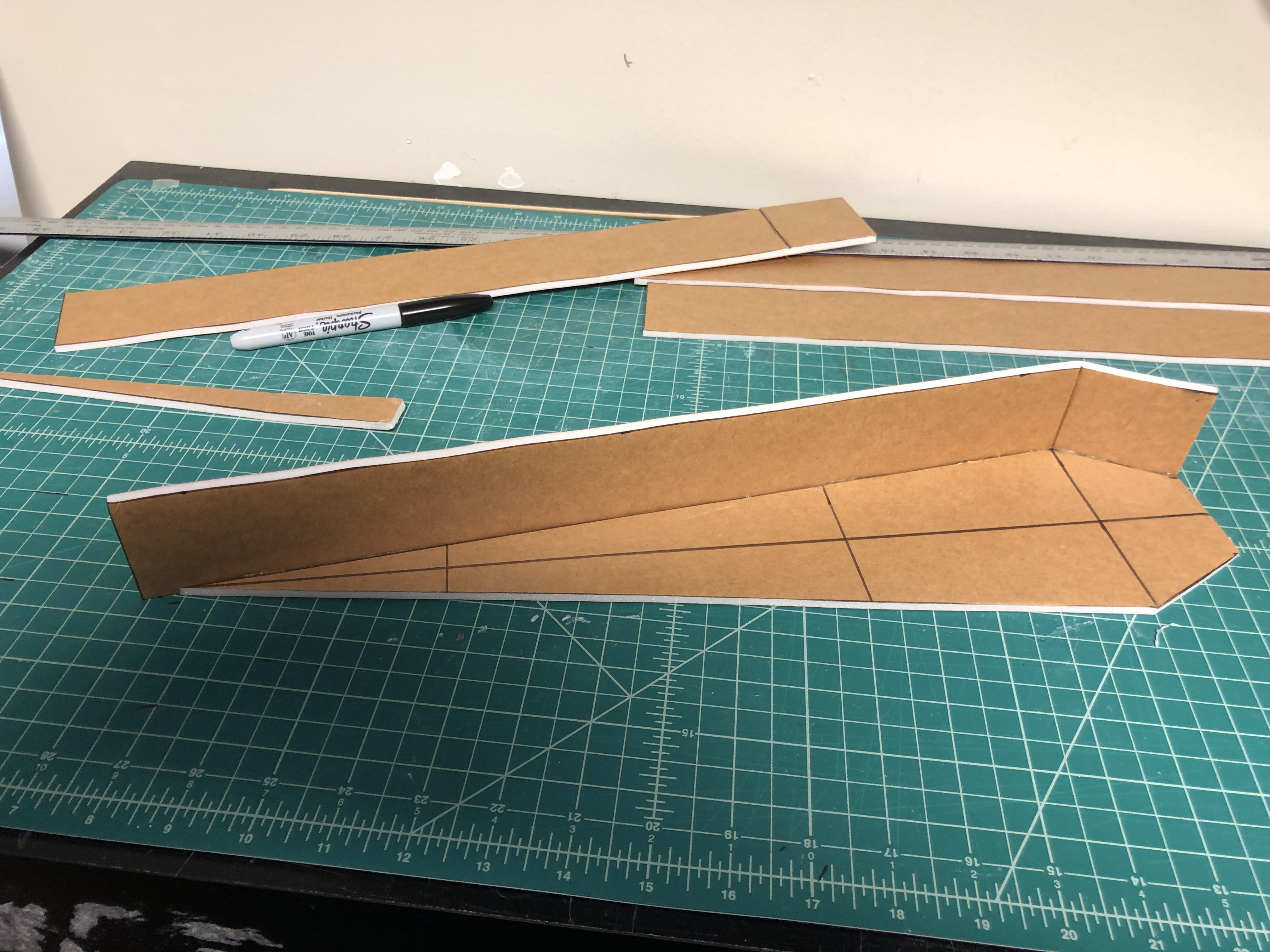 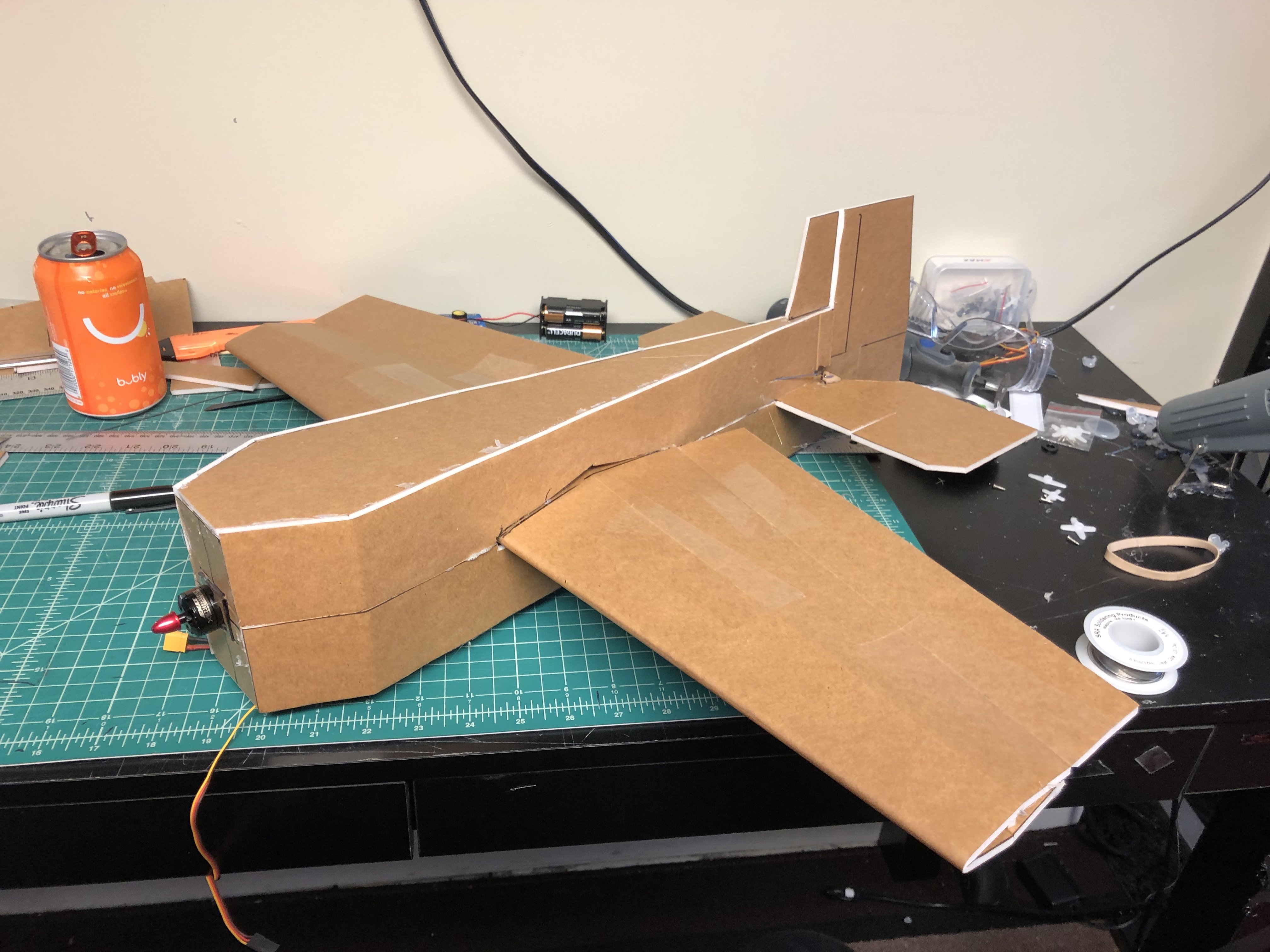 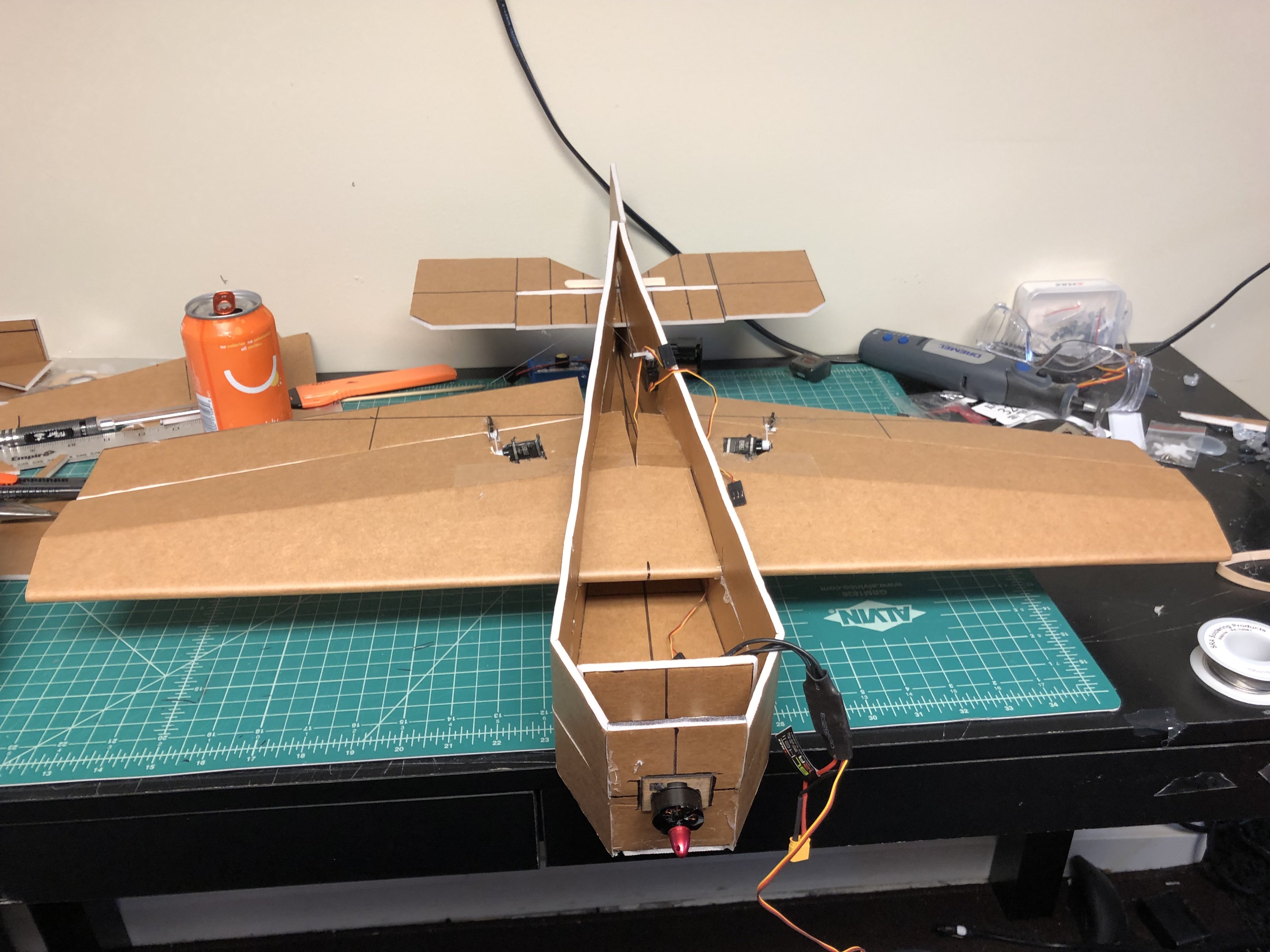 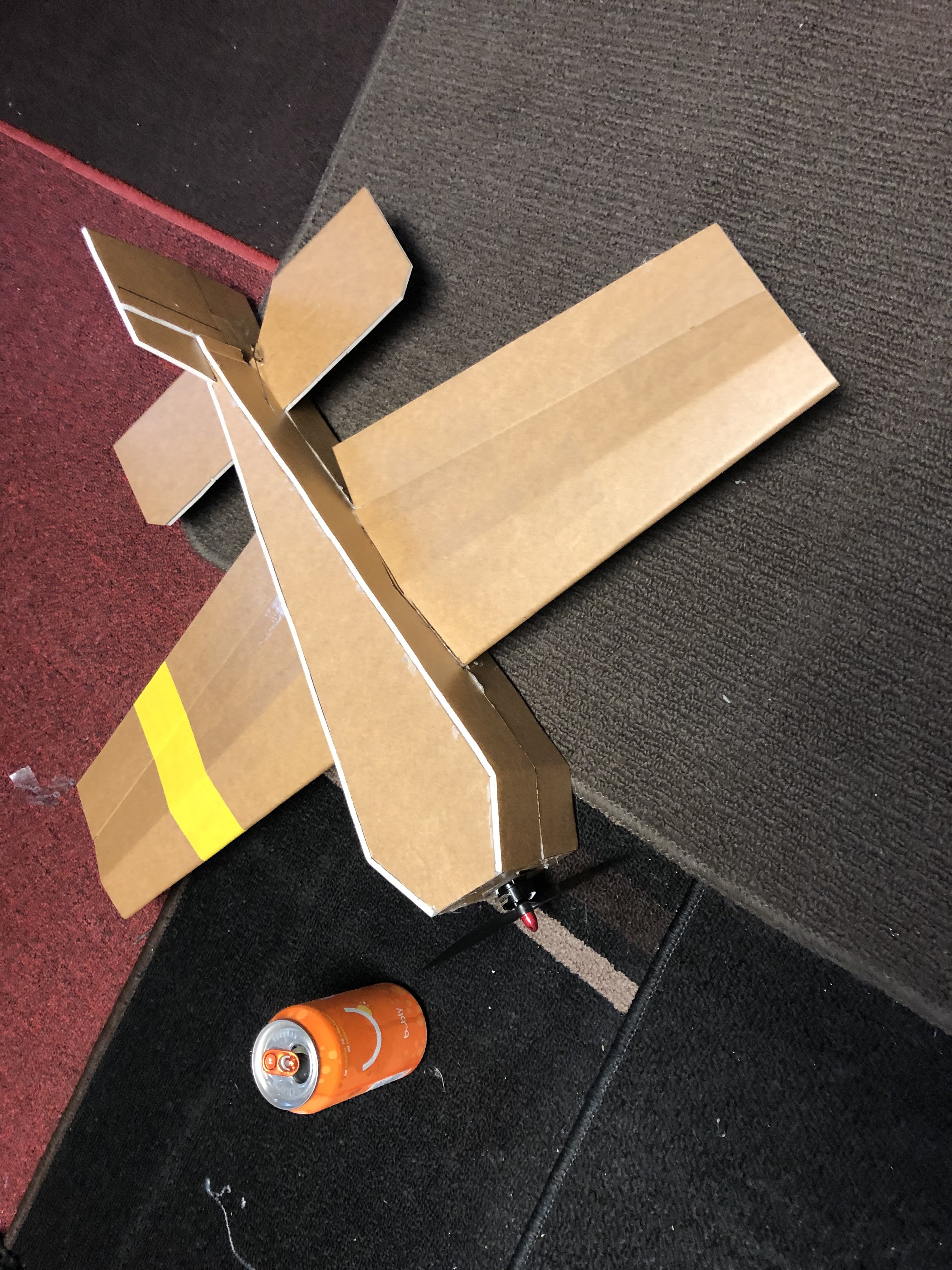 #2
That last image is what happened when I crashed. Lightly. Honest, no tall tales. Here's video of the flight.


I started with throws dialed down to 30%, but on my second flight I'd adjusted them up to 50%.

I had real trouble with perspective on this plane, probably cause it is so symmetrical. This gave me extra trouble when I tried to do a loop. I have no angle to the motor, so every loop twisted sideways, and I often wound up going the the opposite direction.

What none of my pics show is that I added drops of hot glue to the outer leading edges of the wings, as turbulators. This did NOT seem to work. I still had lots of wing rock when I tried to go high-alpha.

It did fly fairly well, and I was able to do axial rolls, but I couldn't do inverted flight without some down elevator.

I felt sure that I'd made the tail too short and set the wing too far back, but after everything was together, it balanced very well; my batteries could sit happily between the motor and wing.

There are several things I believe were made clumsily, including the servo mounting, the motor mount, and the way I totally didn't get the wing saddle shape right for the wing. But this was a good overall build experience.

With a 2s battery I could keep it flying well, so long as I used 100% throttle. I did one flight with a 3s battery, and that was better, but not so much better that I'm ready to throw away all my 2s batteries.

#3
Great job! looks like a mini 540. It seems that this would get away from you quick.
T