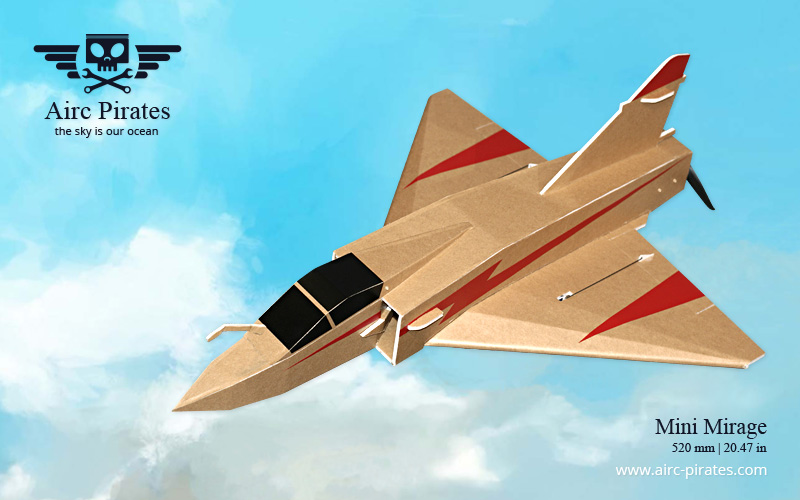 The AP Mini Mirage is easy to build. Two sheets of Foam Board are required. You can use your existing Mini Power Pod for pusher props with A or F-Pack electronics (with an ESC extension wire) and you'll have heaps of fun chasing this plane around the sky. 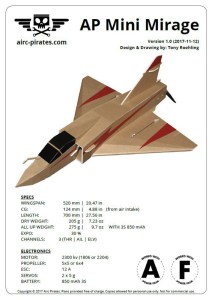 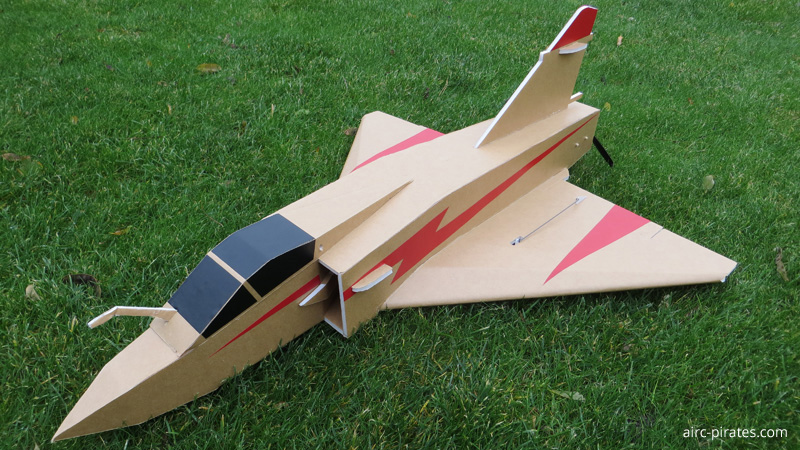 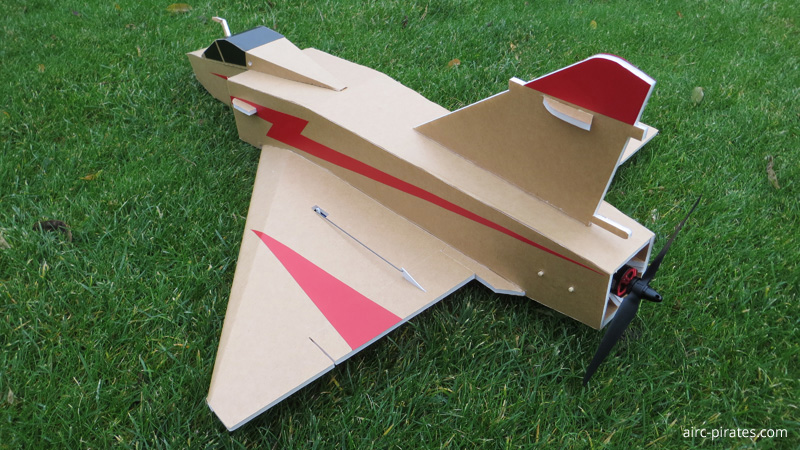 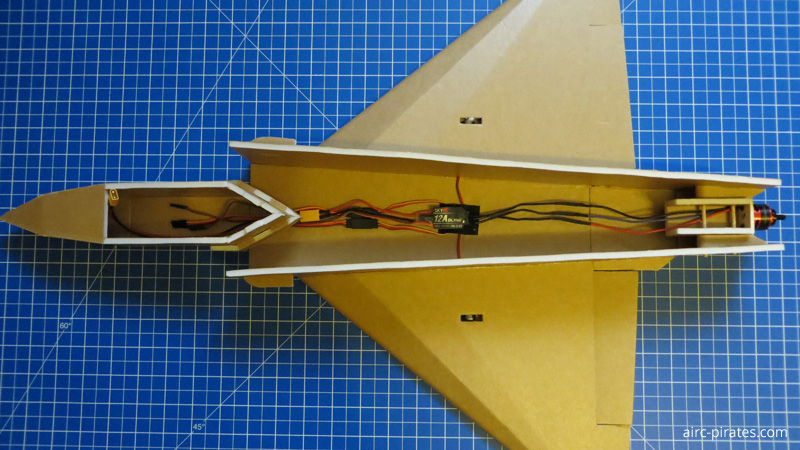 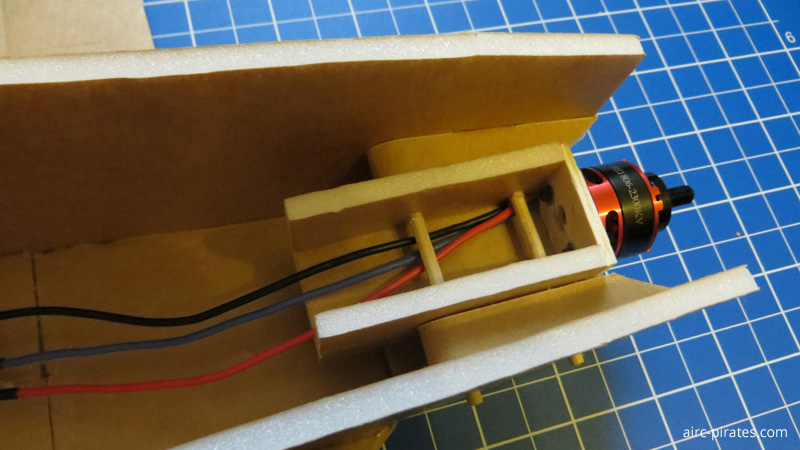 And here with the optional fuel tanks:

#2
Beautiful design sir! I love it.
B

Had a look at the plans and noticed it looks like the powerpod is made with some thrust angles. So this wont work with pusher power pods then like the mini arrow which has no thrust angles (FT say pushers dont need thrust angle)

#5
I added a video with flight impressions to the first post.

#6
THANK YOU - Now on the list..... hmm I think I need to put together a Project list BLOG thread.
B

View attachment 97890
Click to expand...
should have looked at the pictures properl to see its a pusher. So i could use my mini arrow powerpod which has no thrust angle.

Mentor
#9
This might just get built. Any thoughts on using an EDF as a different power setup? I've got a 64mm at home itching to be installed on something.

@Flurburtur
That'd be fun! With this battery in the nose you need a correspondingly heavy engine at the rear. That'll give you a "fast" brick!

@CrashRecovery
Yes, I started this project as an EDF version. But not everyone has an EDF-unit available, so I have released the FT Power Pack A or F compatible swappable version first. I used a 50mm EDF unit and finished the necessary parts for the EDF installation! With a 4s 850mAh battery the Mirage also flies well. I will publish the EDF version as a separate build plan. Of course, I could include the EDF parts as alternatives in the current building plan, but that could lead to misunderstandings. If you print the plan with 128%, the 64mm EDF unit will fit in.

I plan to build a bigger Mirage with 700mm wingspan next summer, which fits your 64mm EDF. Why next summer?
Because I want to finish two FTFC projects first!

Time is a treasure, unfortunately I don't have as much of it as I would like to have!

Mentor
#11
Airc,
I will gladly print it bigger. This looks like a great project as I wait for my balsa build to move forward.

Mentor
#12
Excellent design AircPirateNinsei! Printed the plans and added to my ever growing list of builds. I have 1 or 2 spare "A" packs laying around which is part of what makes this perfect. Thank you for your contribution to this community!

#13
@CrashRecovery
I hope that you don't have to make too many adjustments to the bigger printed parts.
I have sent you the link to the EDF parts with PM. The plan is BETA.

@lrussi750
Thank you and have fun with it!

#14
I have created a simple fuel tank and will stick two of them under the wing - perfect landing skids!

I´m curious how the Mirage flies with it.

Mentor
#15
Dude you Rock. I can't wait to get this going. Like I said I just need to get some ink so my printer will work. Wish it would ignore the low colors if I was only printing in black and white.

Super cool thanks! I am SO eager to get my FTFC '18 WWII projects Flying... so I can get onto my other projects.

Good luck on yours

Mentor
#17
Ok Its printed out 128%. I think it's going to have to get a full red paint job with some "devilish" accents considering the wing span is now 666mm, according to the OP

Thank you all very much!
I hope you have a lot of fun with the Mini Mirage!

The fuel tanks (or better: landing skids) are ready.

The additional weight is 17 g. They are very simple in construction and consist of only three layers of foam board.

They can be retrofitted easily with the cutting template for the fixing holes.

#20
The fuel tanks made of three layers of foam board are not an eye-catcher.
That's why I built fuel tanks in FT style with B Folds.

I think they look good. One fuel tank weighs 13g. See for yourself: